The C8.R is a DOHC, Flat-Plane Crank Monster of a V8

We have looked forward to racing a production-based mid-engine Corvette for a long time.

We’ve already guessed that the racing version of Chevrolet’s 2020 C8 Corvette will use an engine that’s not the old-school V8 that the team has used in the past. Now we know for sure. This time, the Corvette racer is going to have more overhead and a flatter bottom end.

That’s right, the king of the cam-in-block is going DOHC. Dual overhead cams with a displacement that’s the same 5.5L of last year’s car. Which is, of course, the maximum displacement allowed for a naturally aspirated car in the class.

It’s also running a flat-plane crank, which explains a little bit of just why this engine’s so loud. Flat-plane cranks are great for exhaust scavenging, they’re lighter and more compact, but they’re also inherently louder (with more vibration) than a conventional cross-plane design.

As to horsepower, it’ll be somewhere around 500 hp and 480 lb-ft of torque. If you’re thinking that sounds a little low for the racer, that’s because it’s a class target, and one that will be mildly tweaked from race to race anyway thanks to the Balance of Performance rules in the series that attempt to balance a wide-ranging array of cars and engines to make things fair. Or more even, at least. 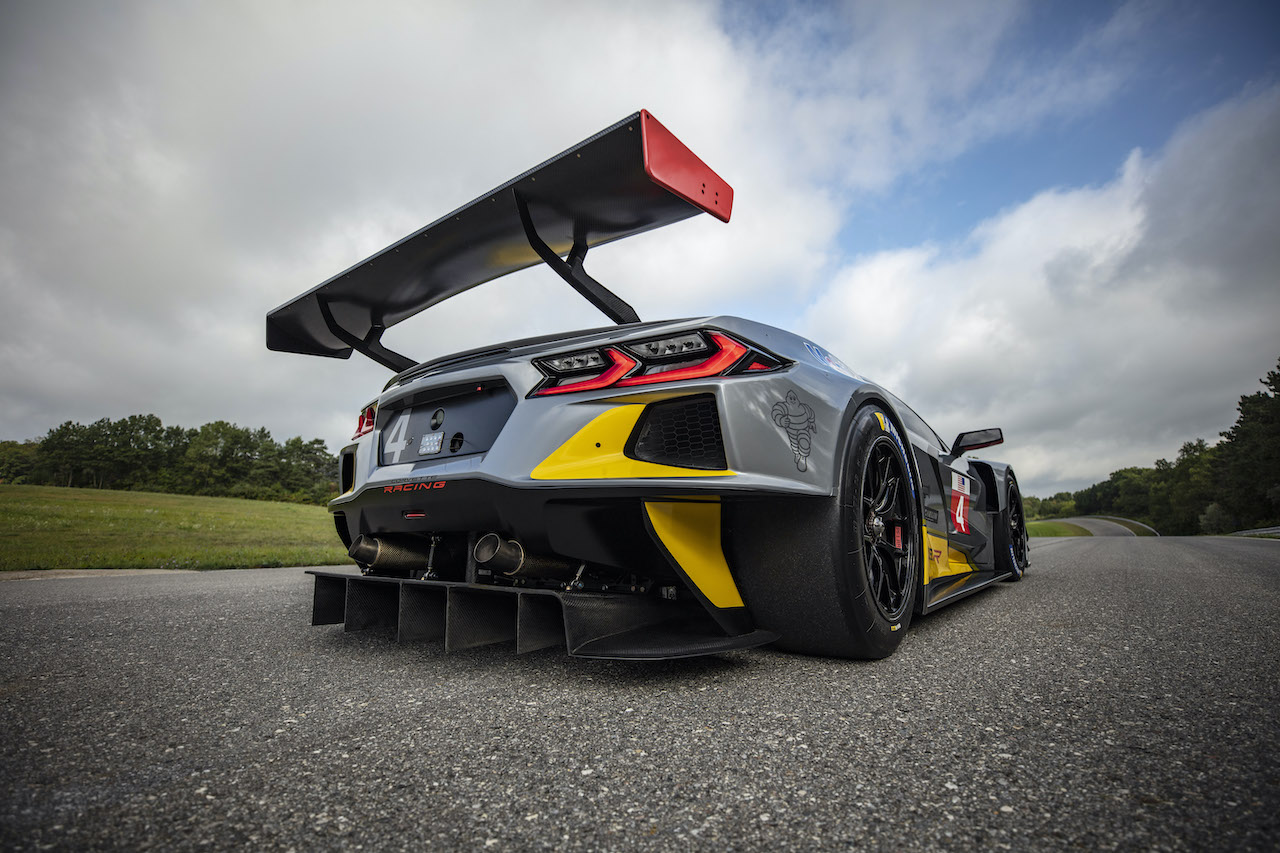 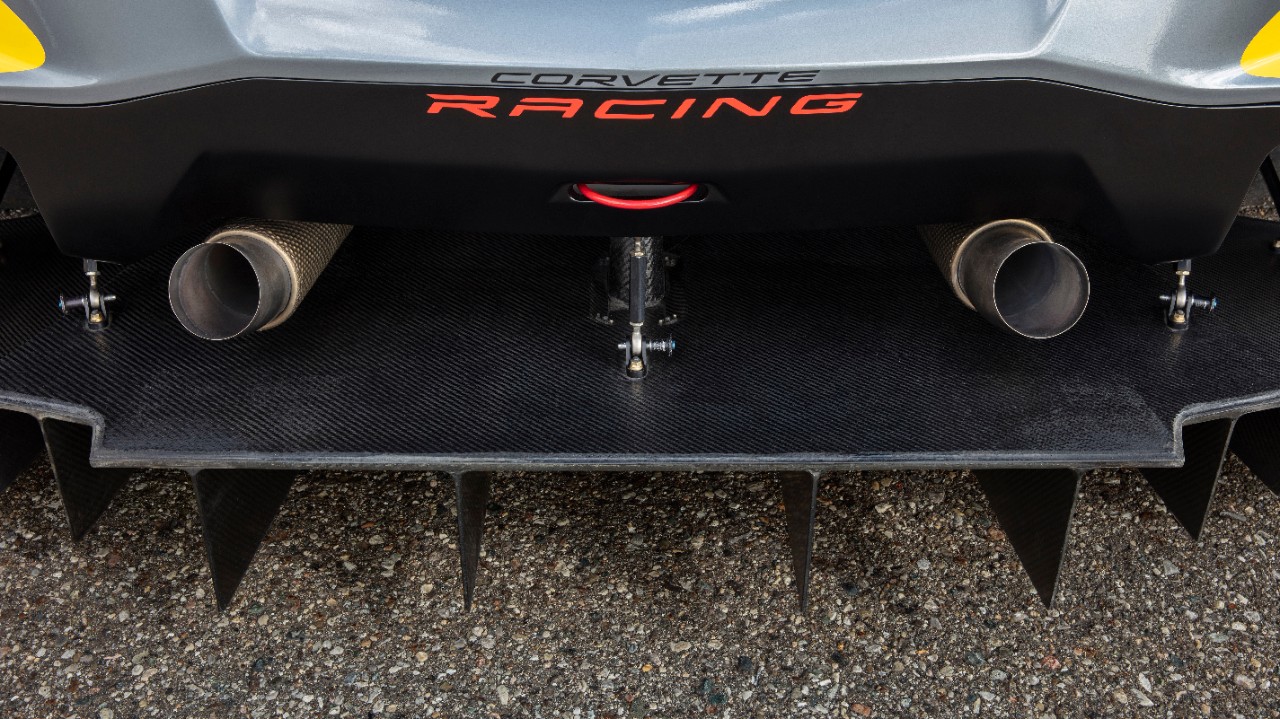 Backing that DOHC V8 will be an all-new Xtrac six-speed sequential box. It’s a new design that was developed to fit in the back of the C8 and still leave room for a proper race car diffuser.

“We have looked forward to racing a production-based mid-engine Corvette for a long time,” said Jim Campbell, Chevrolet U.S. vice president of Performance and Motorsports. Because if mid-engine is good for the street car goose, it’s certainly good for the race car gander.

The race car starts with a production C8 chassis, made at the same place as the one in the road cars. Then it gets modified for race car use. Corvette Racing says it’ll be significantly stiffer and lighter than the C7 racer’s chassis.

When do we get this engine in a road car, you’re probably asking. Well, Chevy’s keeping their lips sealed on that one. That’s for the future, after all. But there is a strong chance of this engine, or something very close to it, making it into a road car. That’s because series rules say that the race car engine “must be derived from a series production engine produced at more than 300 units and fitted to a series vehicle from the same manufacturer.” That means that either Chevrolet can convince series officials that this engine is “derived” from the Blackwing Cadillac V8, which seems unlikely, or that we’ll get a C8 with a DOHC V8. Probably with more than 5.5L of displacement, but maybe not the flat-plane crank.

The C8 racer might not have the signature sound of the old models, but it should have a new one all its own. We’ll get to hear it stretch its legs for 24 hours for the first time at the Rolex 24 at Daytona next January. 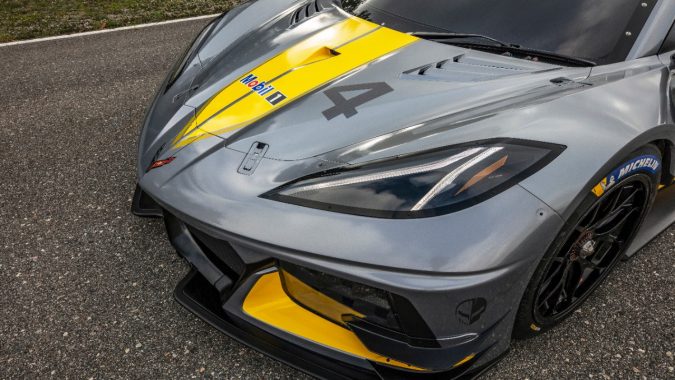 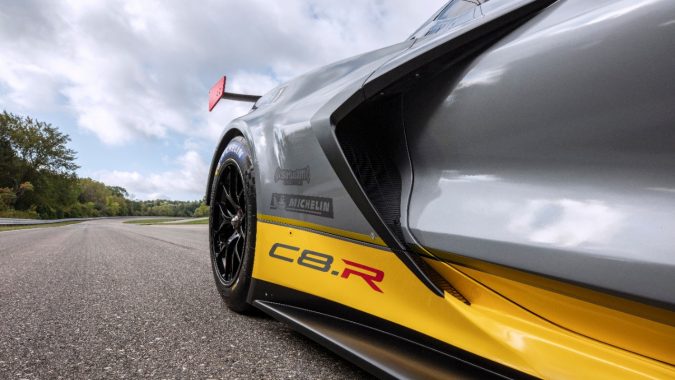 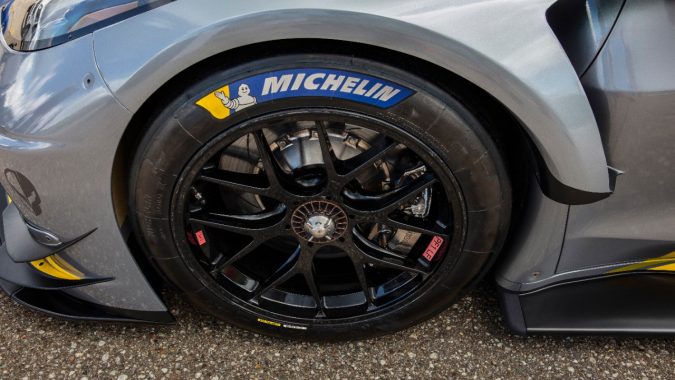 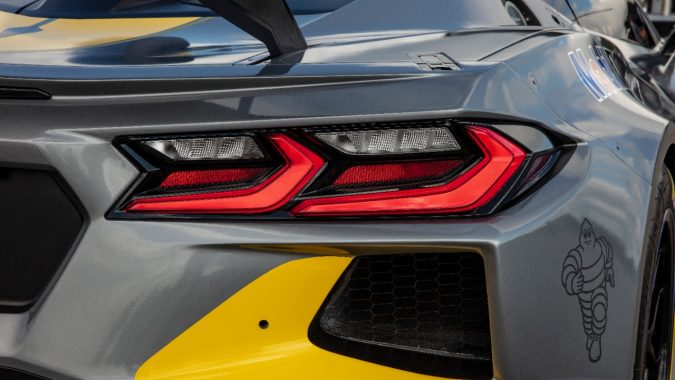