The Ascent a Bigger, New Subaru

Subaru is diving into a bigger SUV market with the all-new seven-passenger, three-row midsize Ascent SUV concept that made a world debut at the 2017 New York International Auto Show (NYIAS).

The Tribeca may just be a memory but with a burgeoning SUV/CUV market, Subaru is taking another kick at the can with the unveiling of the all-new seven-passenger, three-row midsize Ascent SUV concept that made a world debut at the 2017 New York International Auto Show (NYIAS).

Inside a handsome interior with flowing dashboard design and captain’s chairs makes us hope the production version won’t be tamed too much.

The Ascent will be manufactured at Subaru’s U.S. plant in Indiana, which should make the mercurial Trumpster happy, and plans are for a production version to roll off the assembly line within a year or so, probably as a 2019 model.

Stay tuned for pricing and more details in future. 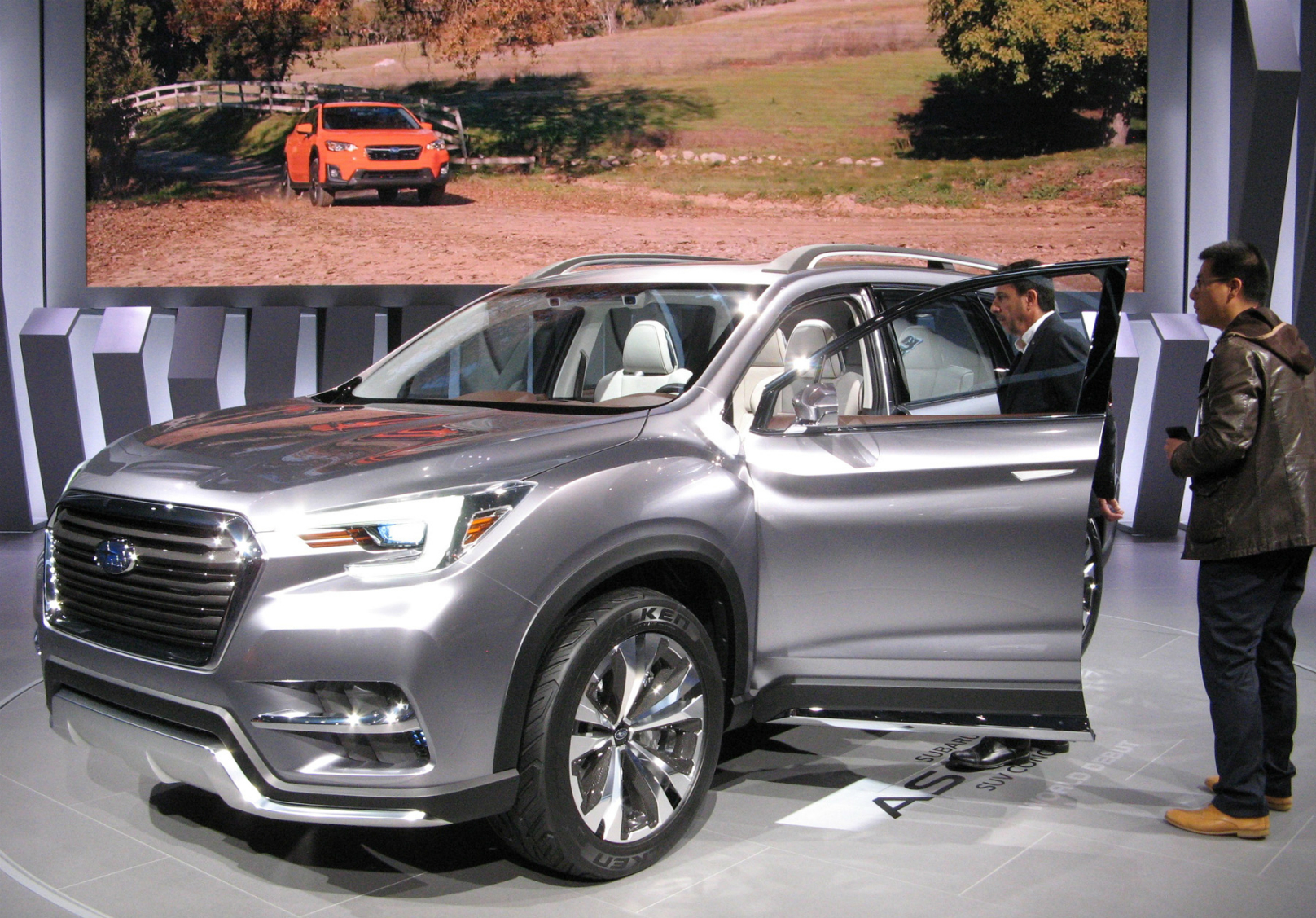