The Art of Performance Tour

Question: If you’re a smaller luxury brand wishing to raise your profile and reach new customers in a crowded marketplace how would you do it?

Well, if you’re Jaguar Land Rover (JLR) Canada you stage a traveling test drive dog and pony show and you take it on the road coast-to-coast across Canada hitting nine cities in six provinces over a two-month period.

Among the cars featured on the 2018 Art of Performance Tour are some of the hottest new models in the JLR lineup, including the Range Rover Sport SUV, F-Type sports coupe and the highly-anticipated I-Pace SUV, the first pure electric to join the British marque’s model range.

And why would JLR embark on something so ambitious?

Why to sell cars, of course! 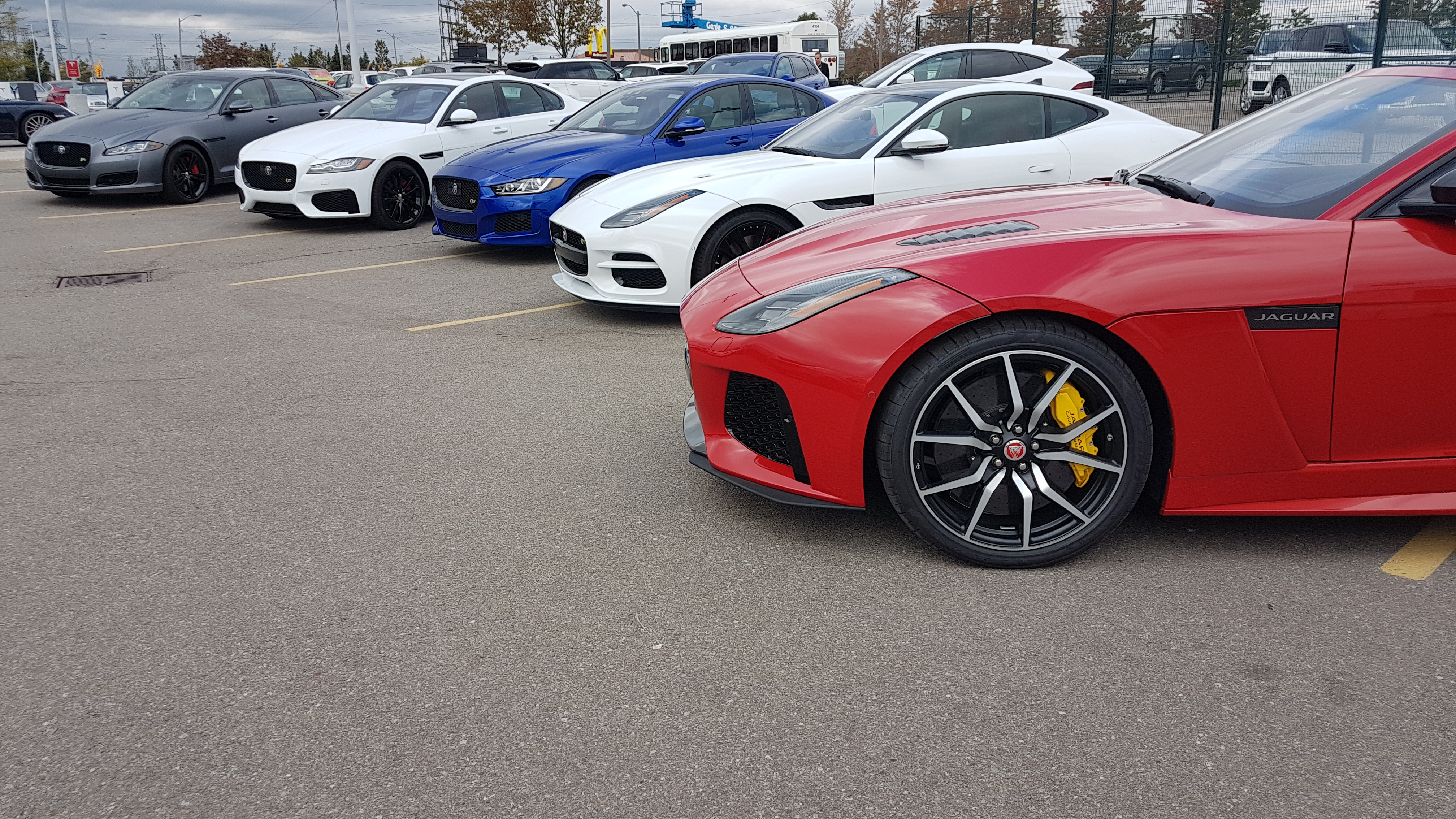 Not that JLR hasn’t been doing a fine job of moving product recently, because it certainly has. In fact, it’s coming off its best August ever in Canada with 1,156 units sold with vehicles such as the F-Pace SUV (209) and Range Rover Sport (246) posting impressive sales gains.

But the luxury market is intensely competitive and many of JLR’s rivals, such as Audi, BMW and Mercedes-Benz enjoy impressive brand loyalty – ‘conquesting’ customers from those marques is challenging once they’re in those ecosystems.

Hence the need for JLR – a brand that sold just under 14,000 cars in Canada in 2017 compared to almost 52,000 units sold by Mercedes-Benz – to raise its profile among potential customers who may not have considered the brand previously.

And the best way to do that is to get those folks behind the wheel. 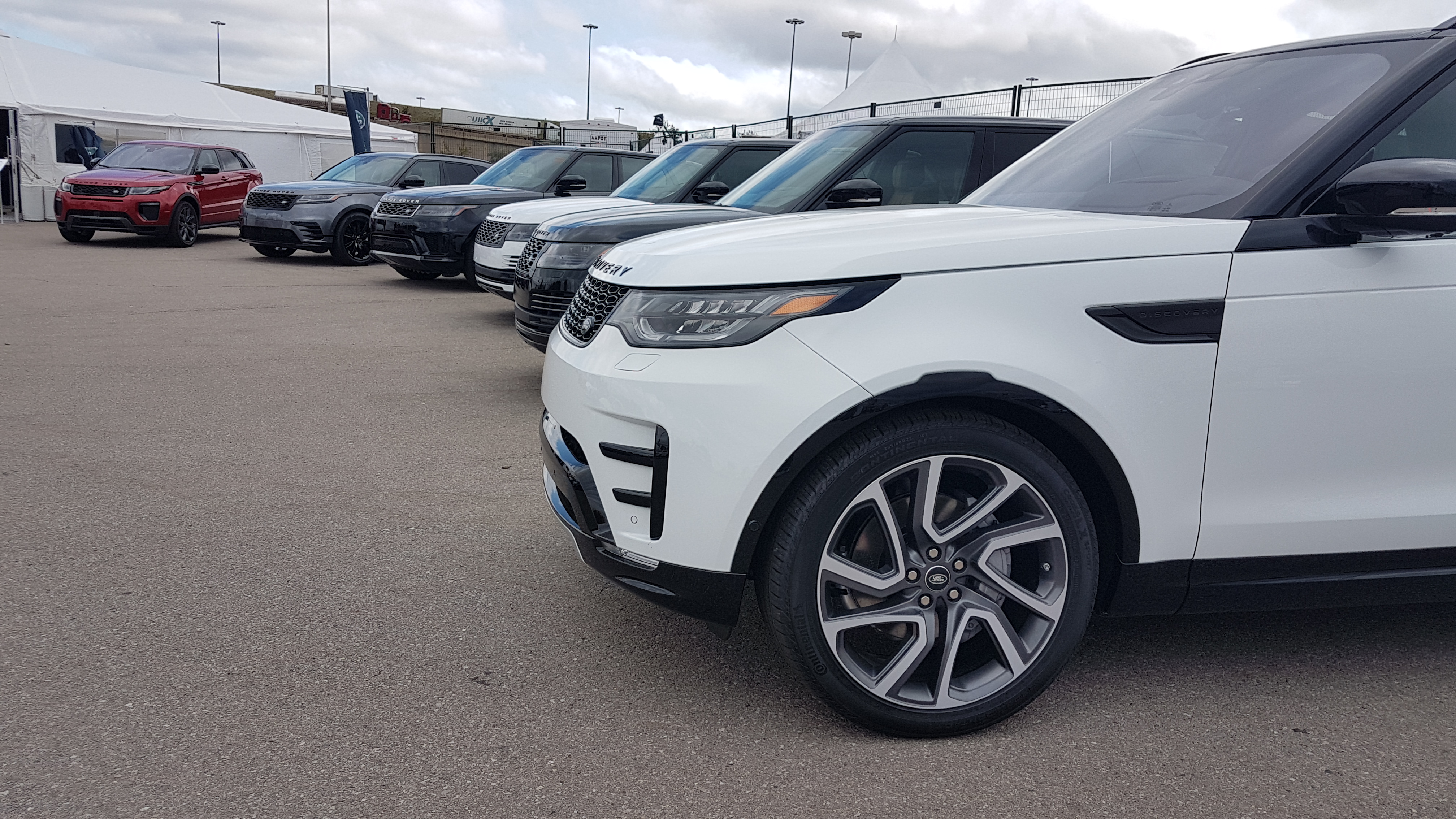 In addition to potential customers (along with past and current), JLR also invites a handful of auto journalists to take part. I have participated in the Art of Performance Tour each year since 2016 as the Toronto venue has moved from parking lots at Ontario Place to the Woodbine Racetrack and, finally, to Sherway Gardens, the site of this year’s event.

The event usually lasts about two hours and, in addition to driving, also includes a product overview / update for both Jaguar and Land Rover, along with some light refreshments.

As in past years, the Art of Performance Tour is broken into through three stations, one featuring Land Rovers, and two with Jaguars.

The first – which was somewhat uninvolving as participants were passengers, not drivers – was an obstacle course where participants experienced the capability of the Land Rover Discovery and Range Rover Sport as instructors powered them over steep inclines, descents and sharp breakover angles offered up by the jungle gym-like apparatus JLR assembled on site.

After that, it was on to the ‘smart cone’ course behind the wheel of the Jaguar F-Type coupe. The objective is to post the best overall score which combines three elements: time, distance travelled, and precision (passing through the centre space between each cone).

Now if this sounds a bit complicated, it really isn’t as each participant has an instructor riding shotgun barking out commands (hard left, quick right, etc.) to guide the driver through each ‘gate’ on course. 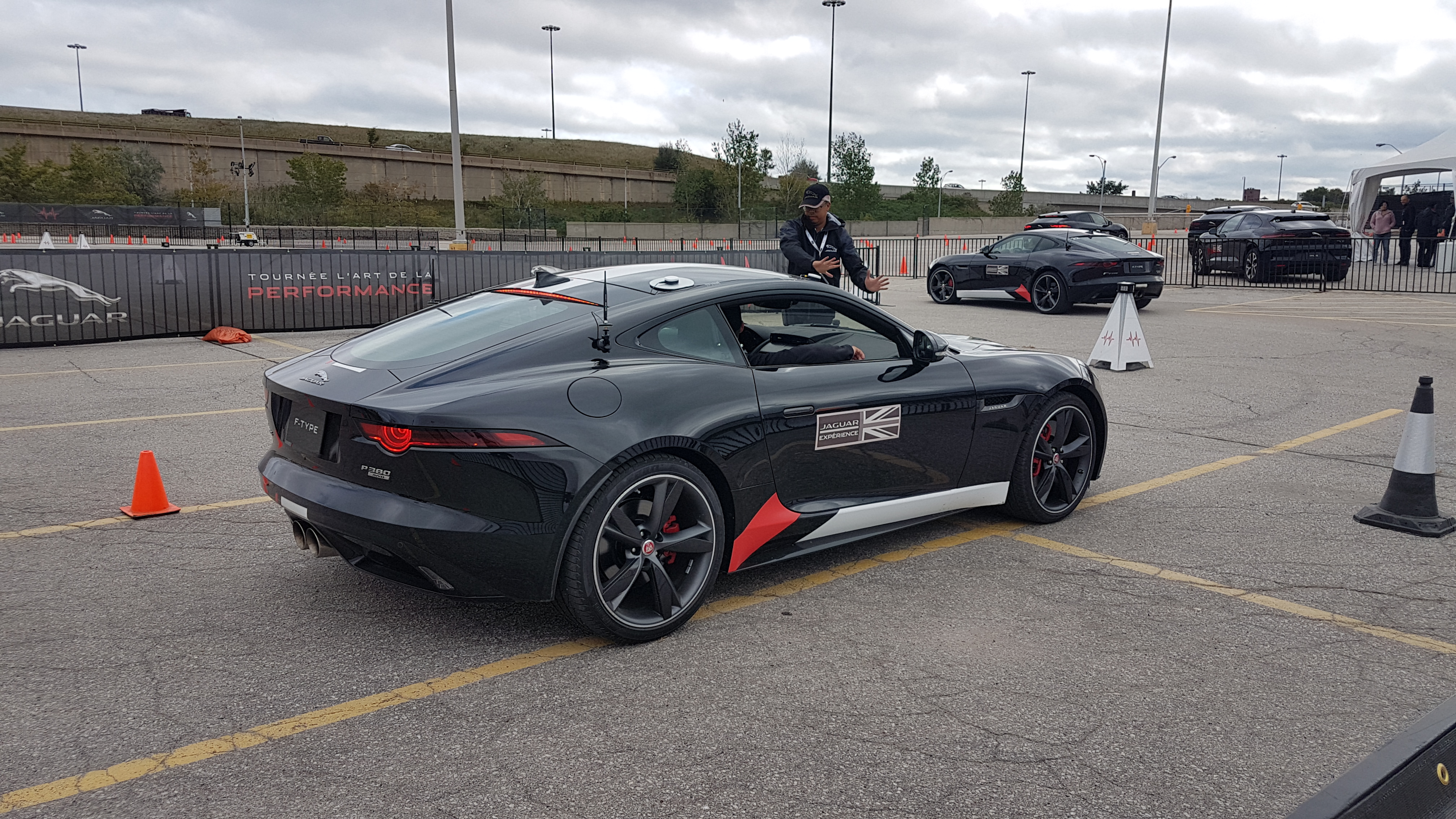 Having driven many autocross courses in a variety of cars in the past, and having competed in this event last year, I felt confident I could post a decent run.

The F-Types are fitted with transponders and GPS sensors that send data back to a laptop that records each session and then ranks participants as they complete their runs. To assist the driver further, each tent-like cone has a blinking LED light on its top that turns green randomly, indicating which gate the driver is to pass through during their run.

Given that each run is random there is a bit of luck involved as the degree of difficulty can vary from run to run, but I’m pleased to report that I posted a clean run which ranked first in our group that included several auto journalists and customers.

From there I traveled to the third and final station – an autocross course set up for the forthcoming 2019 I-Pace which is due to go on sale in the coming weeks. 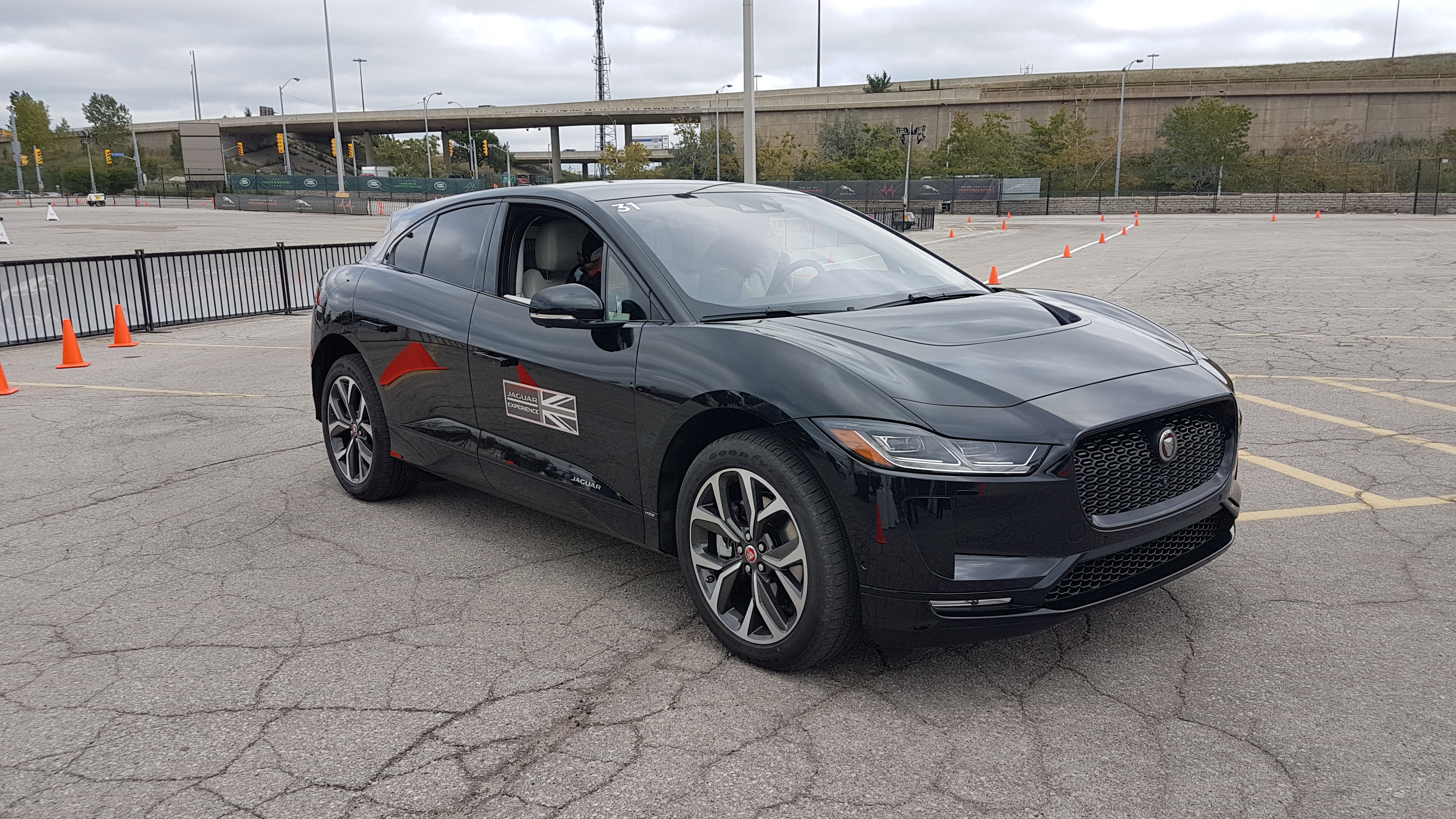 This is the most anticipated car at this year’s tour given its status as the first all-electric Jaguar and the fact that most, if not all, participants (myself included) had yet to drive it.

Carrying a starting MSRP of $86,500, the i-Pace is a high-performance EV that can travel from 0-100 km/h in 4.8 seconds, has a range of 378 km and supports DC (level 3) fast charging which can charge the car’s depleted battery to 80 percent capacity in about 45 minutes.

The i-Pace is one slick looking vehicle, from its sleek and recognizably Jaguar exterior to an interior filled with touch panels, pin-sharp HD graphics and the finest leathers and soft-touch plastics the company can cram into one car.

And the positive vibes don’t stop there as the i-Pace feels like a fast and responsive machine. Its acceleration through the autocross was brisk and, for an SUV, its handling feels nimble. 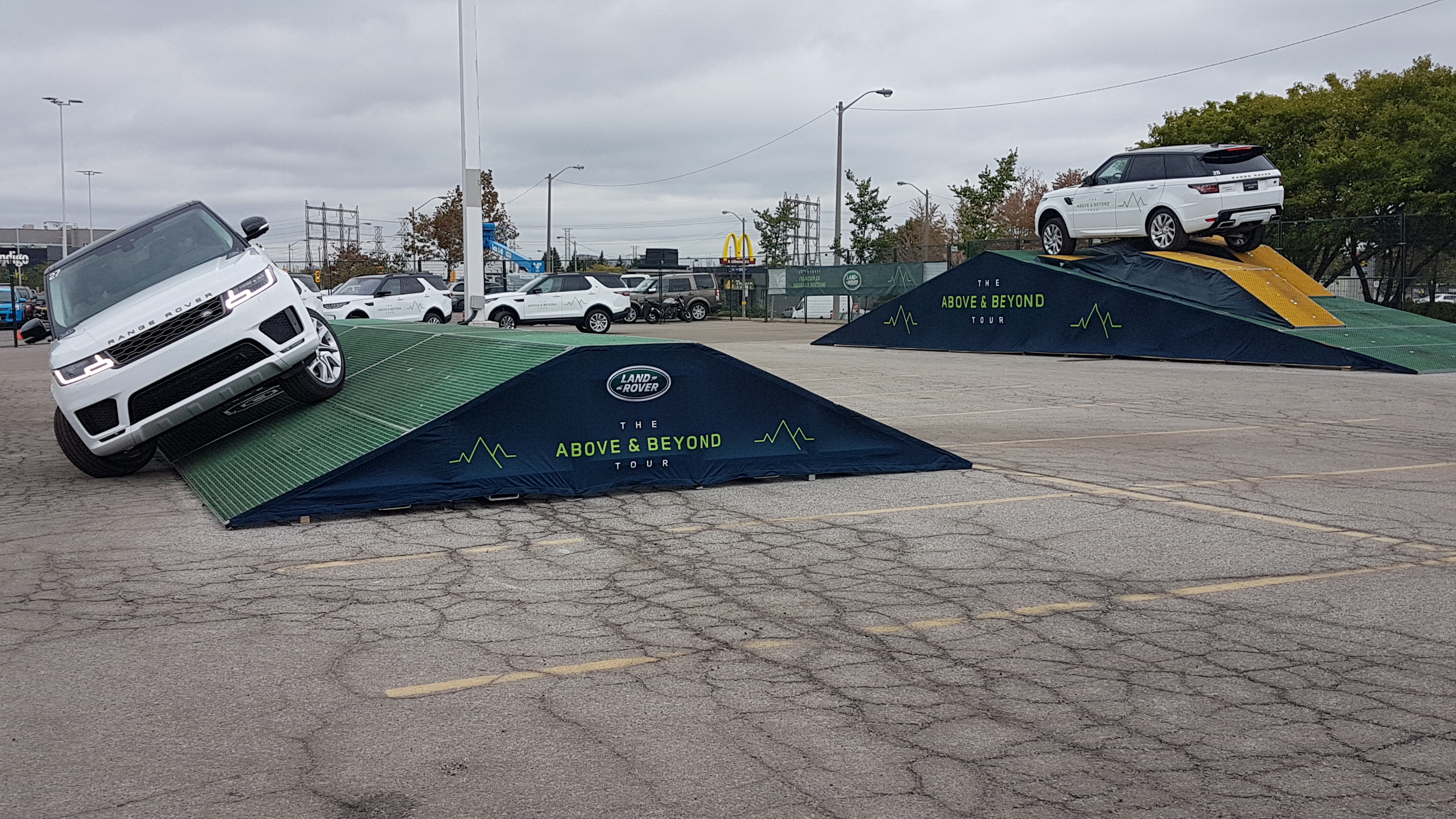 Given that I only had time for one run though the course, it’s hard to say much more based on just a few minutes of seat time, but I’ll put it this way – the i-Pace is impressive, and I look forward to spending more time in one in the coming months.

Overall, the Art of Performance Tour provides good exposure for JLR and gives participants a taste of what the brands have to offer in a fun environment free of the high-pressure sales tactics often associated with traditional dealer test drives.

Bottom line, it’s a good way to get to know the brand and see what it feels like in action. 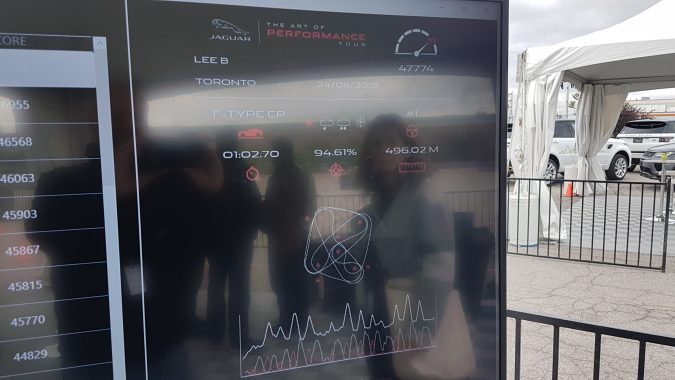 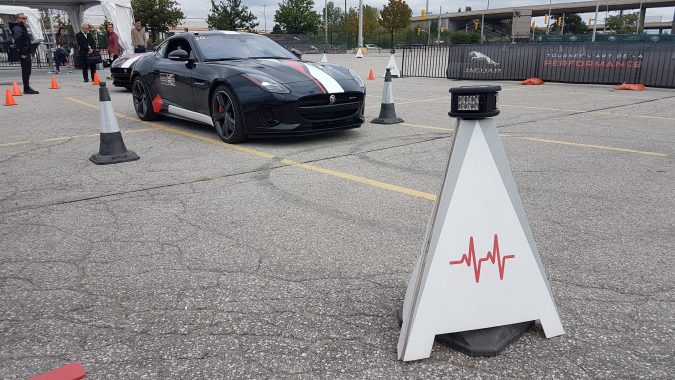 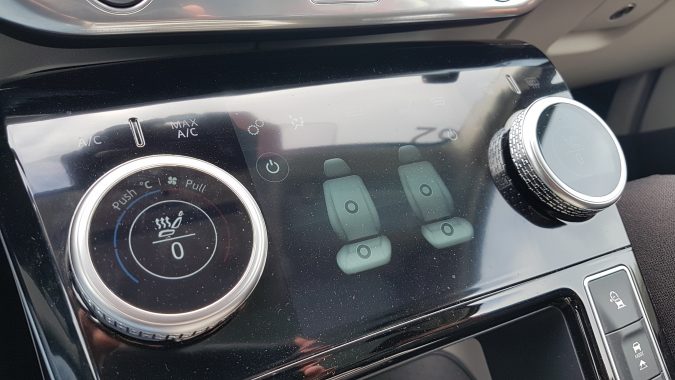 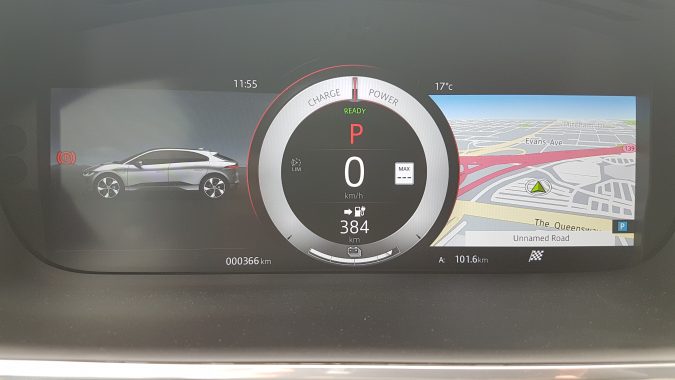 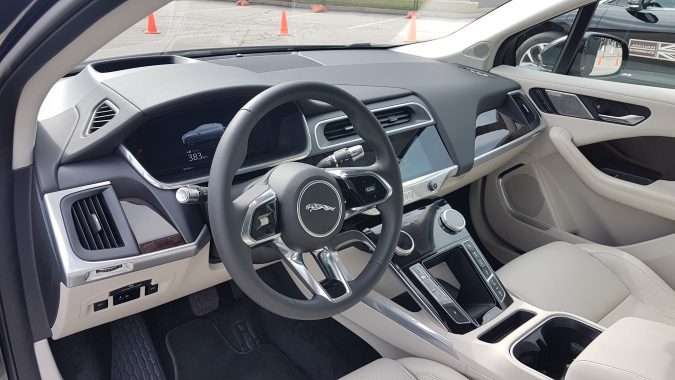 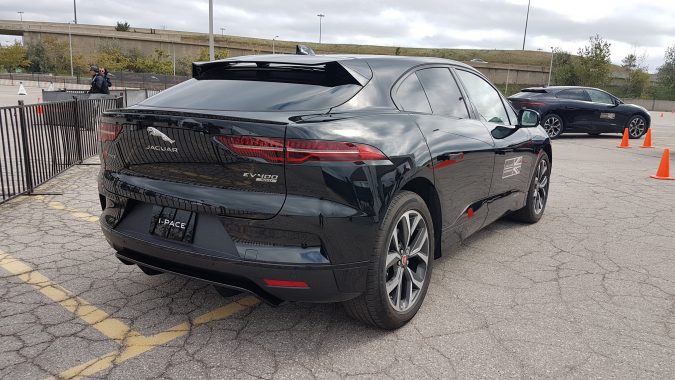 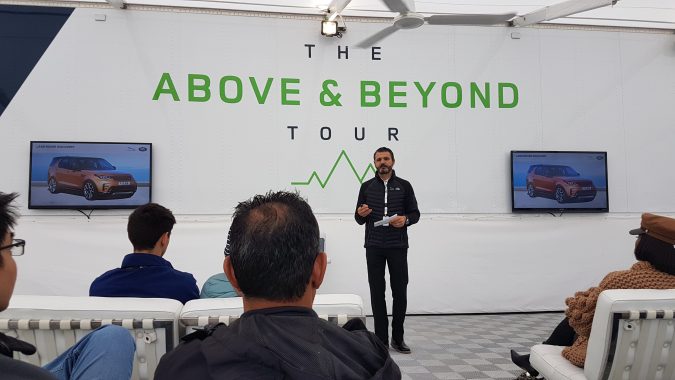