It’s the rugged off-roader the Defender is not.

Join the Conversation (0)
For those looking for an off-road driving experience that goes back to the roots, the Ineos Grenadier is a fresh take on the genre; even if it doesn’t necessarily look it.

Before we go any further regarding the Ineos’ take on the Land Rover Defender, it’s worth noting that Ineos Automotive Executive Vice President of the American Greg Clark is very aware that there is already a new Defender, built by the folks who built the original Defender.

He’ll be the first to tell you, though, that even though the Grenadier’s styling is an obvious allusion and Ineos Chairman and CEO Sir Jim Ratcliffe is a seasoned Land Rover owner and driver, it doesn’t really matter. 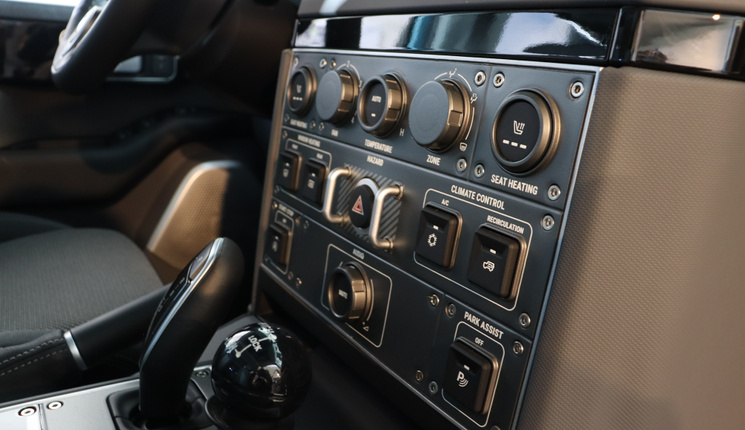 “By (Land Rover’s own admission), the Defender was moving in the direction of modern luxury,” Clark says. “We found that there’s a common group of customers the feel either the 4Runner, Wrangler or Bronco aren’t for them. So what’s the choice for a pragmatic, rugged vehicle?”

And so, the Grenadier was born – it looks more like an old Defender than the new Defender does, because it’s meant to do those kinds of duties. It meant to go on fishing trips or safari (the doors are crafted from aluminium but the hood of steel, to better support the weight of a human on safari, among other things) and to allow very little to get in its way.

That’s why in certain trims you get three locking Eaton differentials, why you can wade in water over 30 inches deep (which, admittedly, is actually a little shallower than what the current Defender is capable of), has beefy suspension and axles, off-road tires (the show car wore BF Goodrich T/A rubber) and comes with a turbo six-cylinder BMW engine good for 282 horsepower and 332 pound-feet of torque as your only choice in North America – which is interesting as there was a time where BMW supplied engines to actual Land Rover models. Other markets get a diesel and Ineos is currently working on both electrified and hydrogen power. It comes paired with a ZF eight-speed auto and can tow up to 7,700 pounds. 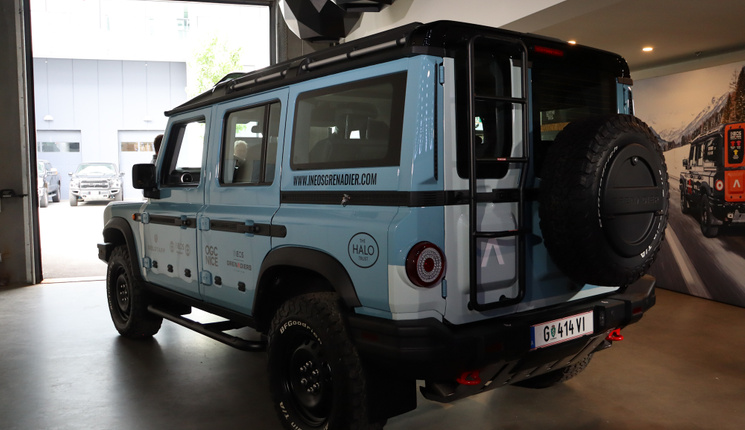 Right – about the electrification thing. These days, it’s more of a surprise when a new vehicle – especially from a start-up like this – doesn’t come with electric power at launch. Think Bollinger, or Lucid, or Rivian. According to Clark, though, that flies in the face of the Grenadier’s MO.

“There is a customer that for what they want (a Grenadier for), is to have the stability and the certainty of being able to fill it up in three-and-a-half minutes at the gas station, or by pouring jerrycans into the tank,” he said. “That is where I think the use case is a little bit different (from the Bollinger).”

The more you talk to Ineos, the more it becomes clear that the Grenadier is a very specialized vehicle, and one they think will really be able to buck the trend we’re seeing today in cars and light trucks, a trend that is all about electrification, autonomy and so on.

Not that the Grenadier is a fully low-tech vehicle, however. It may not have air-ride suspension, but it does have a fully functioning infotainment system of its own as well as support for wireless Apple CarPlay and Android Auto – even the $200,000-plus Lucid Air can’t make that claim for the time being. 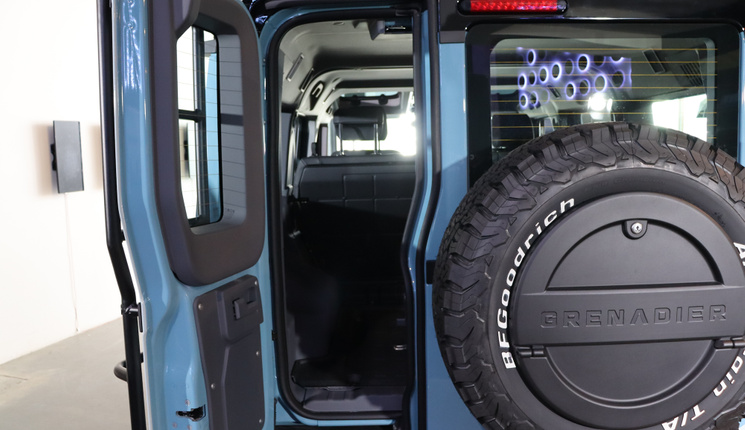 While the Grenadier is pretty much a spitting image of the old Defender (the headlight, taillight and grille shapes are different, but the profile is a spot-on facsimile) it doesn’t have many of the caveats those old trucks did. The Recaro seats are comfortable and there’s actually head- and legroom both front and back (there is no third-row option), the controls are well laid out on the massive central stack and a roof panel handles all your auxiliary and four-wheel-drove control switches. Ineos is already planning a comprehensive set of customization bits such as storage bins, ladders, spotlights and so on. Further to that, according to Ineos there are already third-party upfitters that are making plans for the Grenadier. 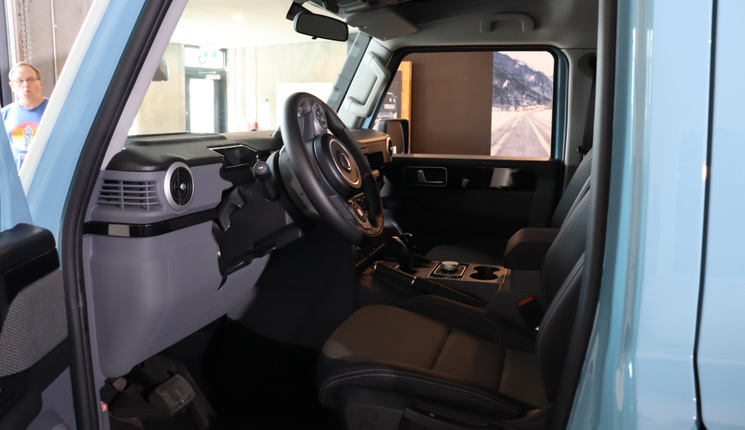 Speaking of making plans for the Grenadier: they must be on to something as it seems many are already making plans to acquire one. The Canadian launch event we attended was also open to prospective customers that have put down deposits even though we won’t be seeing these until the Summer of 2023. During our time alone, three sperate attendees strolled up to Clark saying, “I’m going to buy one.” It seems the 35,000 units Ineos is able to produce annually out of its single production facility in Hambach, Germany – a former Mercedes-Benz facility – are going to be snapped up fairly quickly.

Right now, however, a North American distribution network has not yet been finalized although Ineos does not plan on a Tesla-style direct-to-buyer system. They will be sold out of franchised dealer network that piggybacks current dealership networks – they just don’t know which ones yet. BMW seems the obvious choice considering the powertrain, but it’s not so simple with Ineos citing potential warranty issues and the fact that BMW has a very specific customer experience mandate for each one of its three brands. Could a rugged off-road truck find a place there?

That’s the first issue; the second issue is that North American pricing won’t be announced until early ‘23. It starts at about 50,000 GBP in the UK and Clark is adamant that you’d be hard pressed to spec your Grenadier to reach the $100,000 level in Canada.