The 2021 Ford Bronco Sport is the less hardcore Bronco

Designed for outdoor enthusiasts, Bronco Sport is adventure-ready but not a full-on off-roader.

Few vehicle reveals have been more anticipated than the revival of Ford’s iconic Bronco SUV. Fifty-five years ago the original G.O.A.T (Go over any terrain) promised to be much more than just a car and didn’t have to stop when the road ended. It infused a sense of adventure and freedom into a tidy two-door package. The Bronco ingrained itself in popular culture so much that even after its demise in the mid-nineties its name still resonated strongly with enthusiasts and adventure-seekers everywhere.

When Ford confirmed a new one was coming, the Internet nearly exploded with rumour and speculation. After many delays, and leaked photos, and what seemed like a decade of waiting the Bronco finally arrived in all its roofless, door-less glory.

The Jeep Wrangler finally had a true competitor but more than that a legend was reborn. Available in multiple iterations the Bronco is a true-off roader, with available 37-inch tires, a manual transmission, and all the off-road goodies one could want.

But what if you enjoy the outdoors but don’t necessarily need a vehicle that can negotiate the surface of Mars?

That’s where the new sub-compact Bronco Sport comes in. It’s the third piece in the Bronco lineup but unlike the 2- and 4-door versions this one is not a body-on-frame truck. Instead, it’s based on the same platform under the Ford Escape and Lincoln Corsair, neither of which are off-roaders.

Adventure ready out of the box

Underpinnings aside, Ford maintains the new Bronco Sport follows the “Built Wild” ethos of its bigger brother with features like standard 4-wheel drive and the G.O.A.T terrain management system. Included modes are Normal, Eco, Sport, Slippery, and Sand. On the top-level Badlands, you also get Mud/Ruts and Rock Crawl modes.

All Bronco Sports offer class-leading ground clearance, generous approach and departure angles, and water fording capabilities. The round headlamps, boxy profile and short front and rear overhangs are also trademark Bronco and will make this an easy vehicle to identify on the roads. 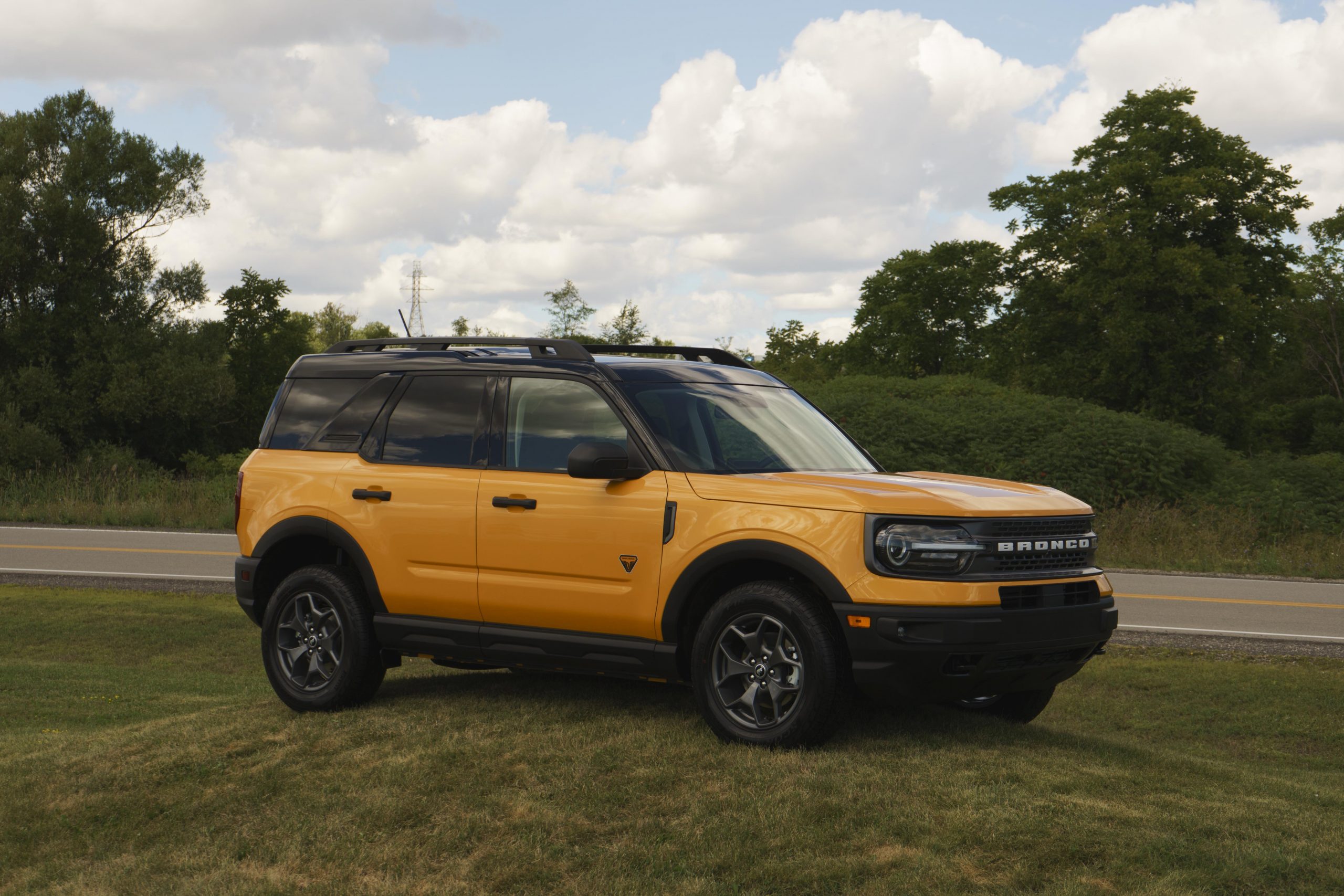 Is Overlanding your thing? The Bronco sport has you covered there with a roof rack capable of supporting a two-person tent. Ford will even sell you one from their catalog full of factory-backed accessories.

Start leveling up and you get a slide-out work table, powerful tailgate floodlights, and a rubberized floor so you can quickly hose off any grime that is sure to collect when out in the wild.

A Base Bronco Sport will start at $32,199 and provide you with the essentials. It’s powered by a 1.5-L turbocharged 3-cylinder that puts out 181 horsepower and 190 lb-ft of torque routed through an 8-speed automatic and standard four-wheel drive. You get the Safari roof, flip-up rear glass, 17-inch wheels, SYNC 3, Ford Co-pilot 360, LED lighting, and more.

As you move up the ladder, bits of off-road trim and personality get added. Big Bend gets things like a rubberized cargo area and easy-clean upholstery, as well as some convenience items like heated seats and mirrors, a power driver’s seat, and a push-button starter. 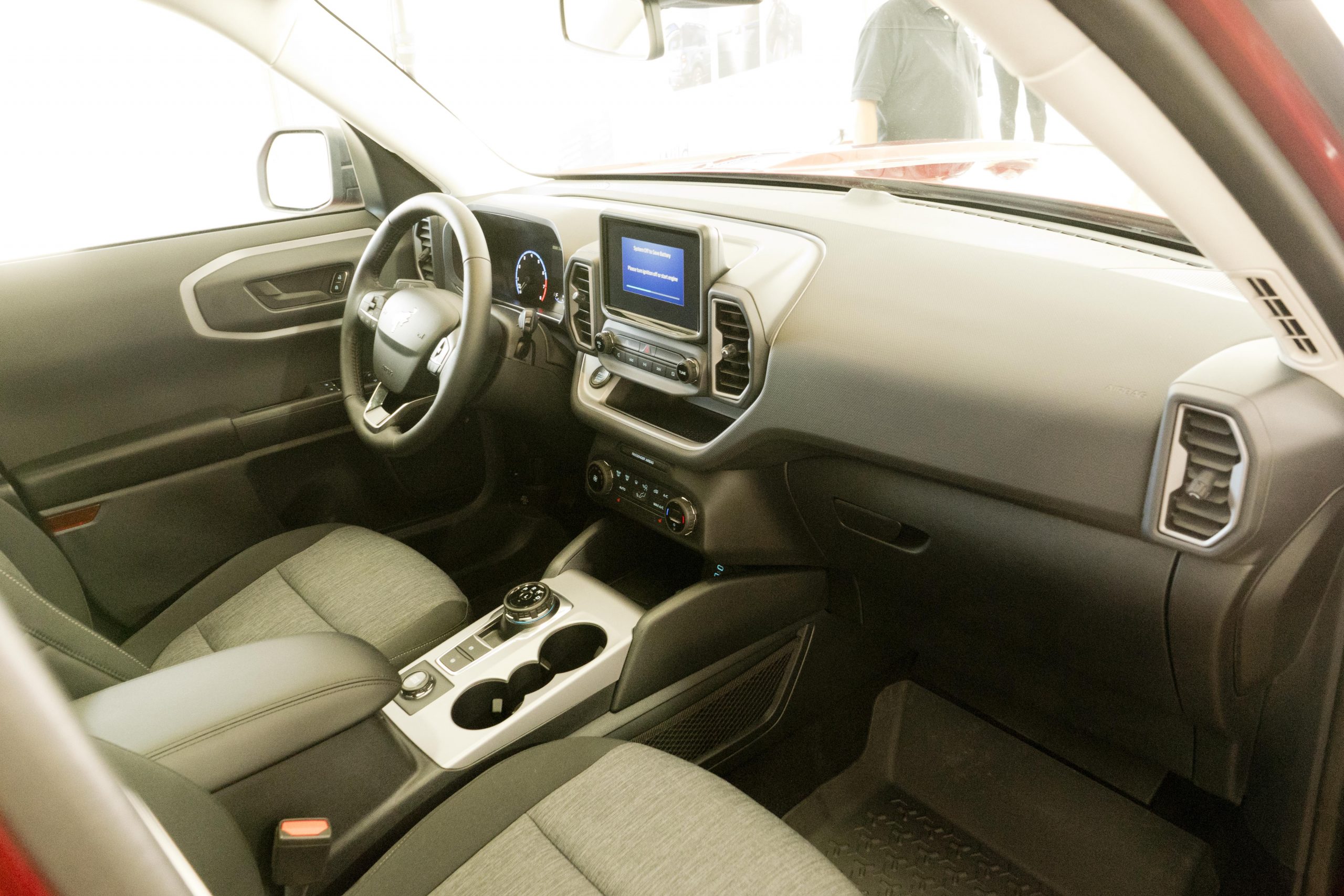 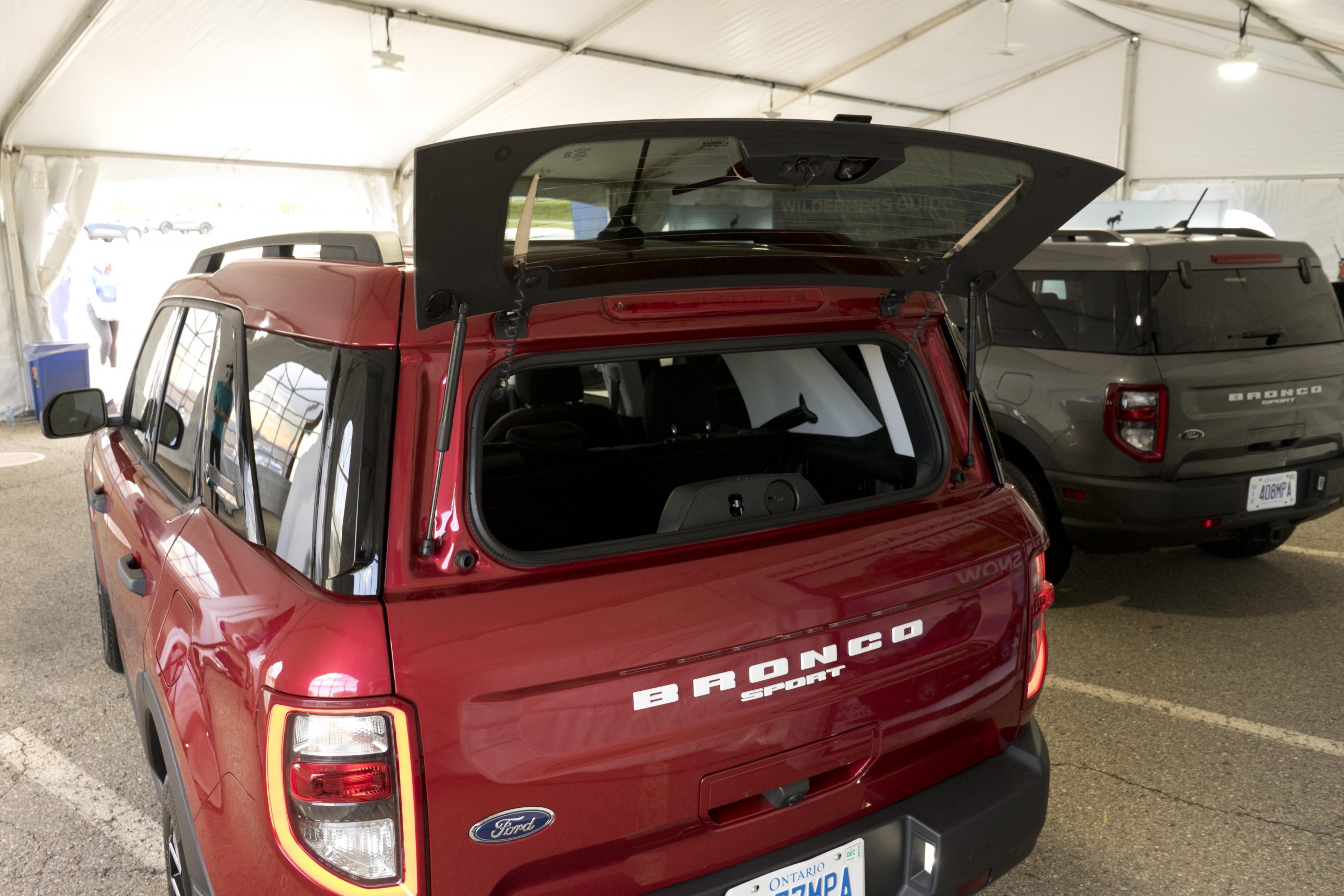 Then you have Outerbanks, still able to take on some trails but meant more for the urban jungle thanks to its road-friendly all-season tires. It also ditches the rubberized mats for carpet and easy-clean upholstery for leather.

At the top, you get the appropriately named Badlands starting at $40,199. If you’re on the fence and think the full Bronco might be a tad too much, this is the one to go for. It comes with a more powerful 2-litre turbo 4 with 250 hp and a more advanced four-wheel-drive system with an electronic differential lock, upscale upholstery and trim, 27.5-inch all-terrain tires, additional off-road drive modes, beefier suspenders, skid plates, and rubberized flooring throughout.

It also comes with a front-mounted trail cam and trail control, a sort of low-speed off-road cruise control.

Want to take your bikes with you? No problem, you can mount them on the tailgate, the roof, or in the cargo area.

Camping your thing? A choice of custom tents are available for a backcountry adventure. There are also racks and mounts to carry just about anything from a kayak to snowboards. Pick your adventure and go. 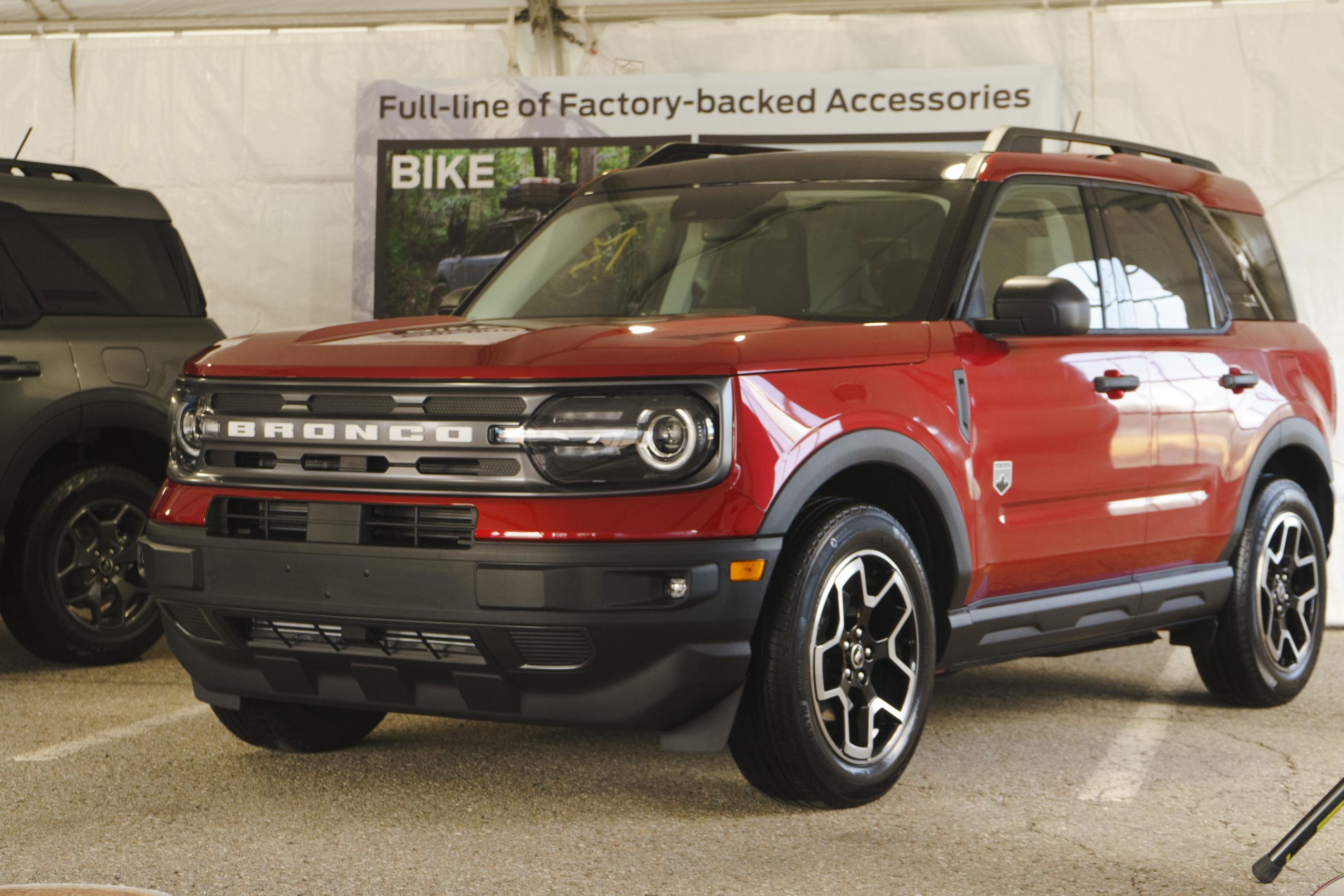 Is the Bronco Sport right for you?

There are a lot of crossovers in this space, some with off-road cred, and others without. The truth is that most of these, including the big brother Bronco, will never get used the way they were intended to.

Being able to see the Bronco Sport in person was nice, it’s roughly the size of the Ford Escape but with a blockier greenhouse, and much more character. And quite frankly, it’s the most personality you’re going to find in this class of Toyota RAV4s and Honda CR-Vs.

The Jeep Cherokee Trailhawk is close and would be the logical main competitor. Unfortunately not being able to drive the Bronco Sport yet means that’s where this preview ends. I’m a big fan of the Jeep and it will be a hard one to top but the Bronco Sport seems promising.

Expect to start seeing the Bronco Sport arriving in dealers by early 2021. If you’re sold on it, you can reserve one on Ford’s website right now. 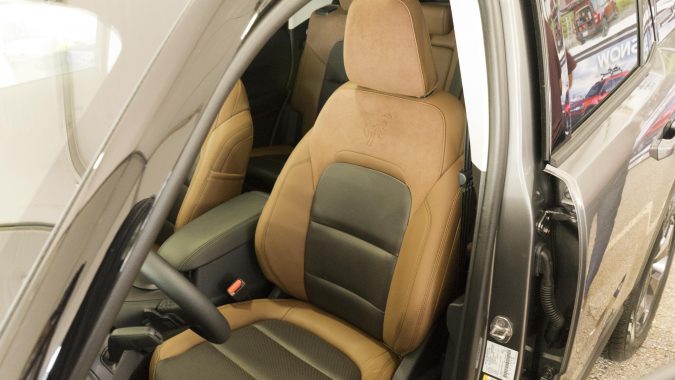 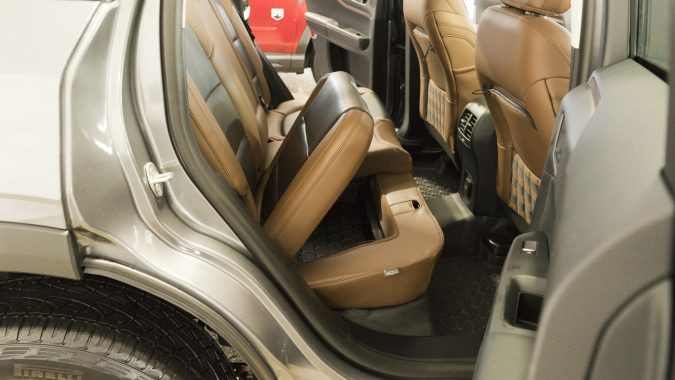 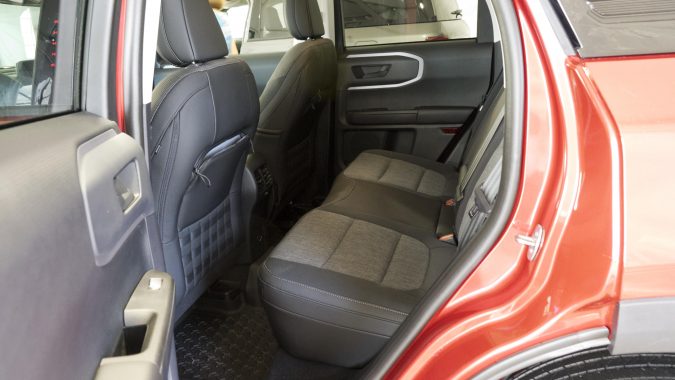 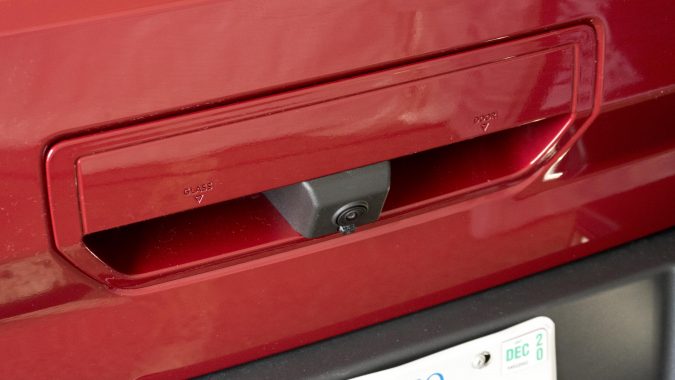 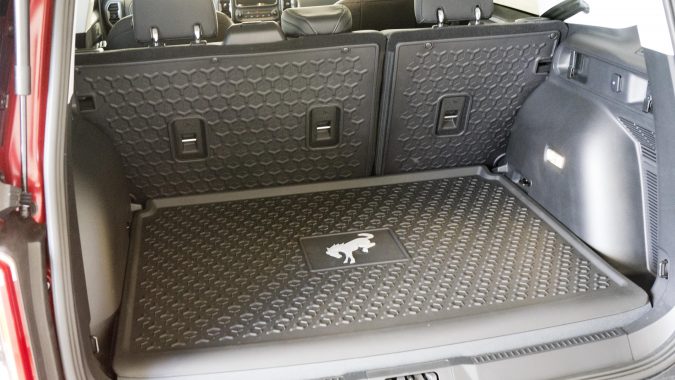