Taking a standard 911 and elevating them with more power, more performance, and styling

German tuner TechArt is bringing a monster of a Porsche 911 to the Geneva Motor Show. The new carbon-kitted GTstreet RS is based on the 991.2 Turbo S but boosts that big flat-six to well over 700 hp. Which will let it hit 100 km/h in just about no time at all.

TechArt Automobildesign, based just west of Stuttgart in Leonberg, Germany, has been building more powerful Porsches since 1987. It’s been around long enough, and adds enough to the base vehicle, that it’s recognized as an independent manufacturer.

The all-new GTstreet RS is the latest in a long line of similarly named cars from the company. All taking a standard 911 and elevating them with more power, more performance, and styling that is either just right or a bridge too far depending on the person looking at it. 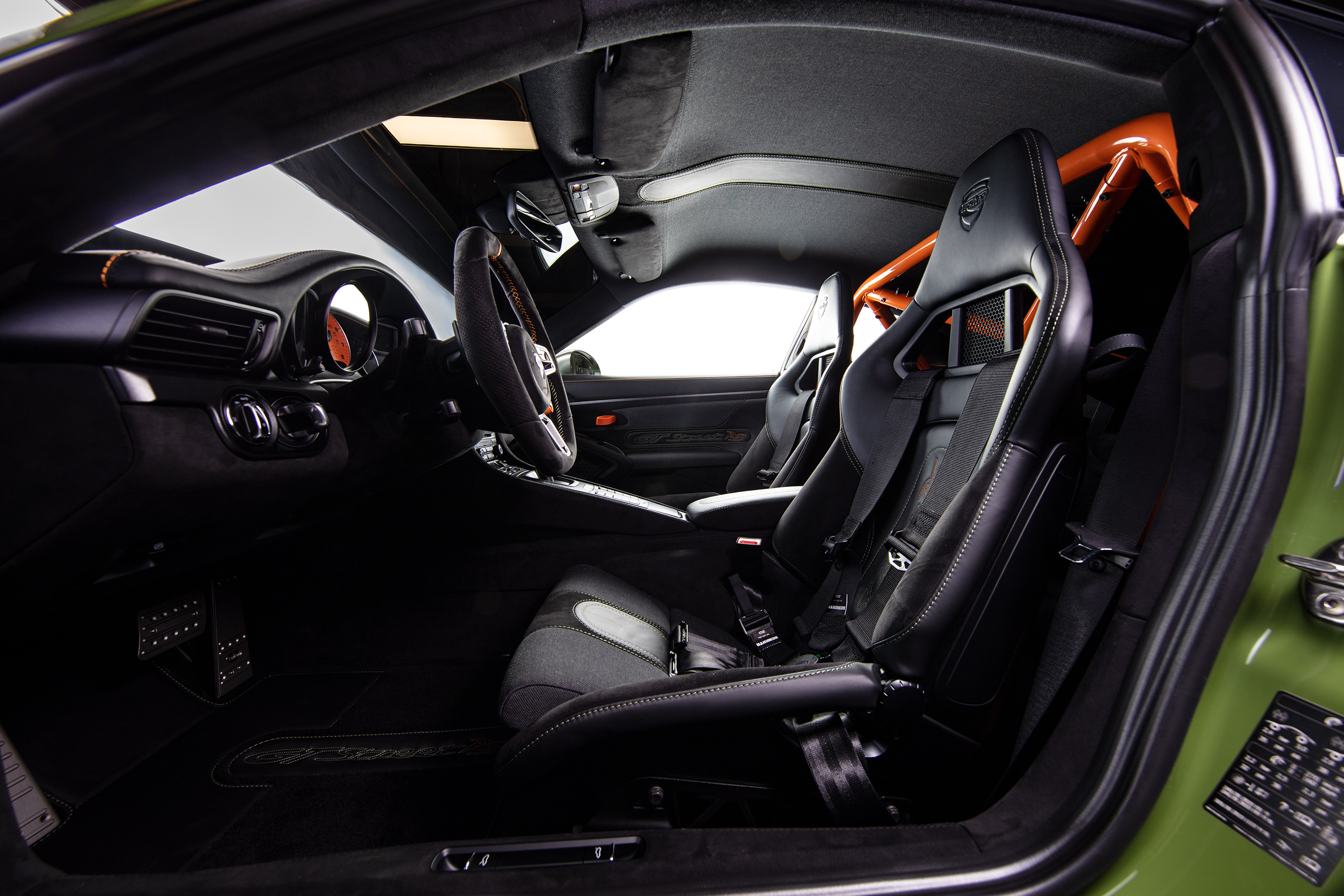 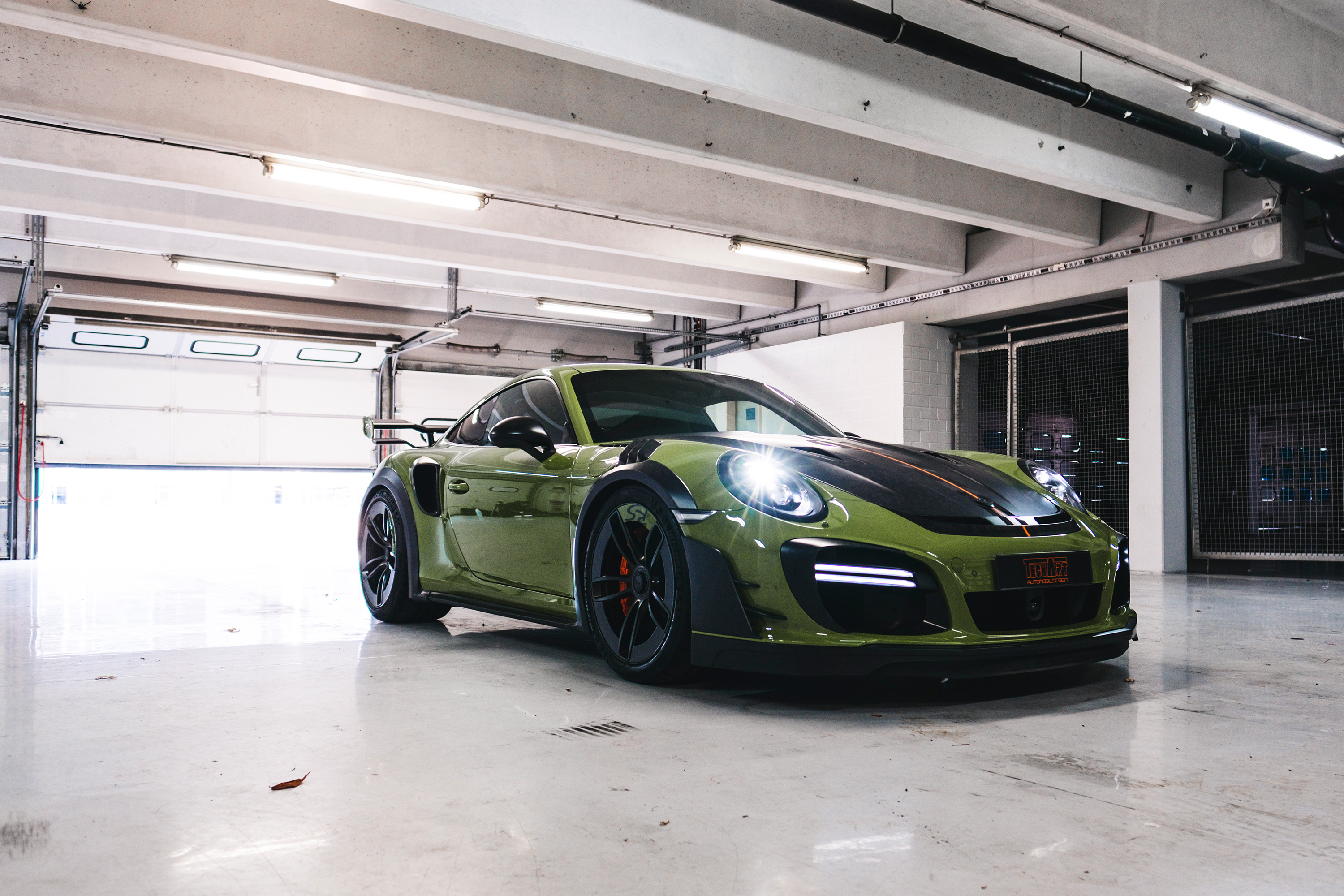 It starts with a new Forged Design carbon fibre body kit. That replaces nearly every panel with ones made from the composite material. New hood, new fenders, new doors, and a new engine cover. Some of it, especially on the wheel arches, is an exposed carbon design. Unlike most exposed carbon, which is designed to show off the perfection of the weave, this one is a chopped carbon that gives it a unique look.

The company says that the kit increases downforce which leads to better cornering and high-speed stability. Further helping to reduce weight, the rear and side glass is made from Corning Gorilla Glass. It’s the same as your phone screen (and the front glass of the Ford GT) and it’s stronger and lighter than standard glass.

The interior gets a partial roll cage, along with racing seats and harnesses. But luxury hasn’t been left behind and there’s plenty of leather, Alcantara, and even wool covering the cabin bits.

If you wanted some accessories to go with your thunderPorsche, TechArt is offering a racing helmet with a matching bag. They’re serial numbered to match the car, so nobody will walk away with the wrong lid at the best track day ever.

TechArt is building just 10 of these. So if you want your own GTstreet RS, better get your name on that list quickly. 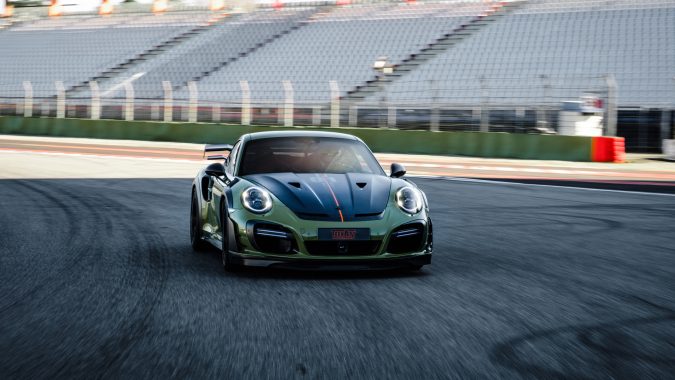 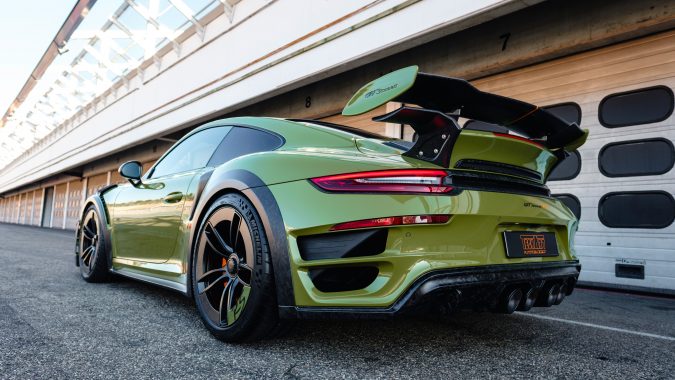 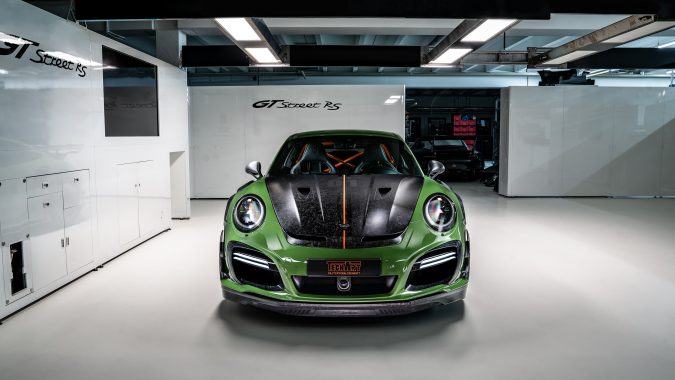 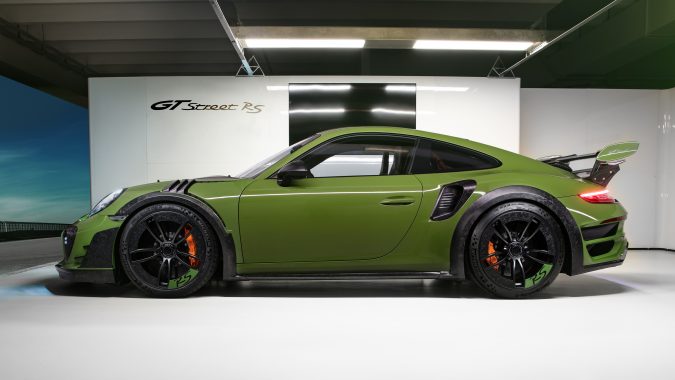 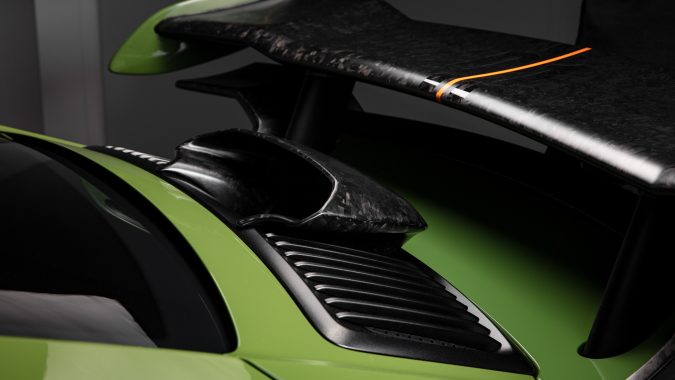 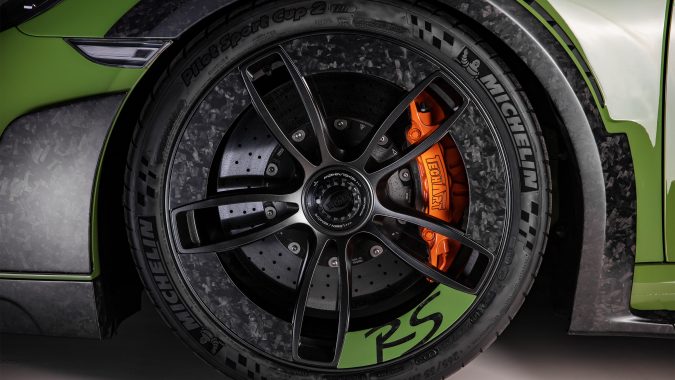 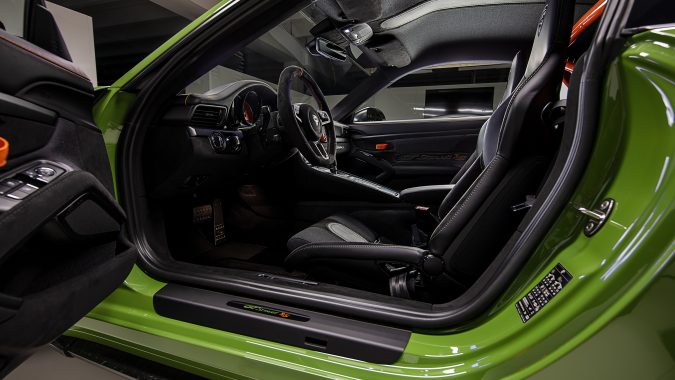 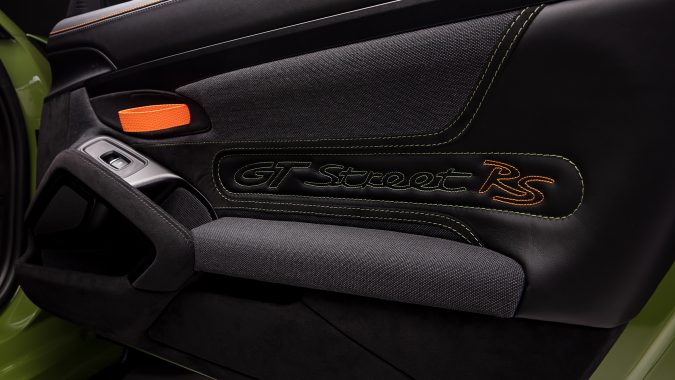 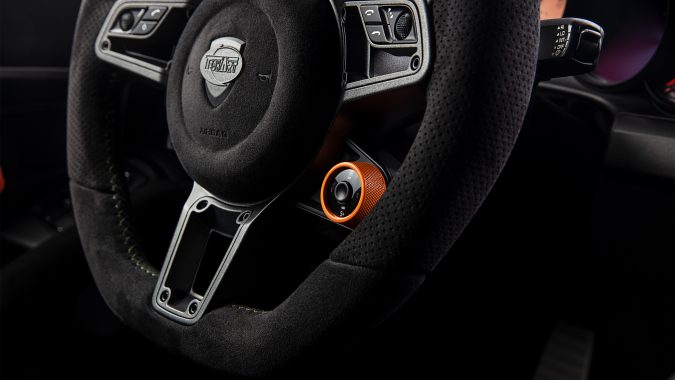 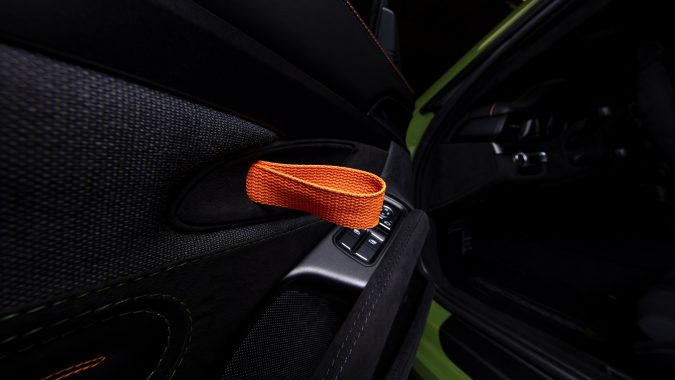 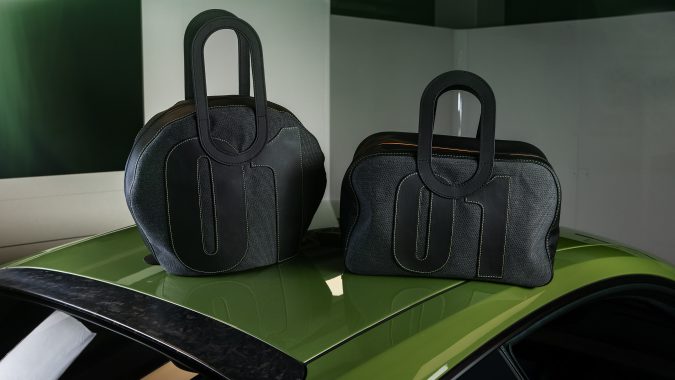 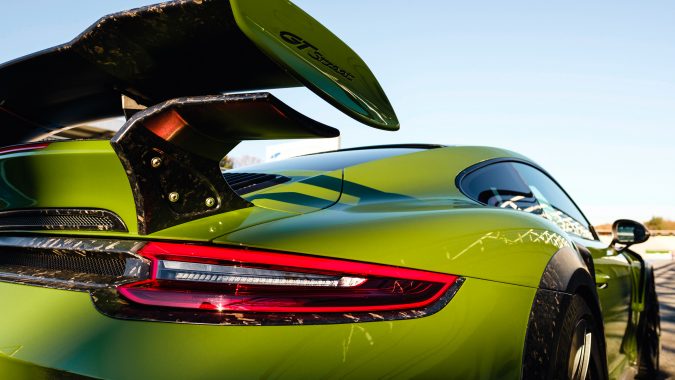 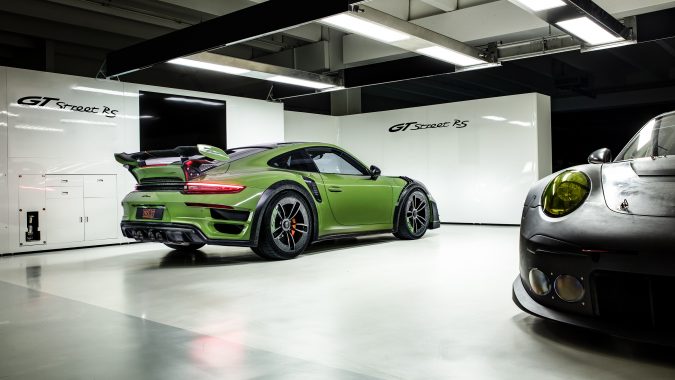