My dad's never been much of a truck guy.

Chevrolet’s big push with the latest Silverado 1500 and Silverado HD pickups is how easy it is for anyone to hop in and tow a trailer that’s as big as their driver’s license will allow. With 15 camera views, an app to let you check your lights and turn on your trailer AC, and countless other high-tech driver aids, they’ve done what looks like a great job of making towing accessible.

So when they asked me to bring a guest to the launch of the 1500 Duramax and Silverado HD trucks, I decided to bring someone who hadn’t driven a pickup since the turn of the century and the last time he towed a trailer, Trudeau was in office. No, the other Trudeau.

That’s right, I set out to see if you could teach an old dad new towing tricks.

If this all seems a little Father’s Day, that’s because we drove the pickups just a few days after that holiday. But thanks to the magic of publishing, it’ll be a while longer before you read this.

My dad’s never been much of a truck guy. Growing up in the city, it wasn’t necessary. Living in small towns later, there was always someone around if you needed your junk lugged to the dump. Narrowing it down based on when his truck-owning friend upgraded to an HD truck, the last pickup he drove was a 1992-1997 generation F-150. Which is light years apart from the High Country trim trucks we’re sitting in today. Any other trucks in his driving past? Sure, an 18-speed dump truck. In 1983. For a few hours on a farm.

What about towing? Sure, he’s done that before. A farm-owning friend had him help tow hay bales. Once. With a tractor. In around 1979. He wasn’t invited back.

So why am I bringing someone who knows nothing about trucks or towing to an event about trucks and towing? Because dad is about to hit a milestone. He’ll be retired by the time you read this. He and mom are already avid campers, and now they’re at the age where camping can lose some lustre and buying a truck and camper trailer starts to look much more appealing. Would experiencing a modern truck make him more likely to want one, or less? And would the proud owner of a flip-phone embrace modern towing tech?

We took part in three towing activities. Ranging from easy to hard. Naturally, we started with the hard one. Driving and backing a very long enclosed trailer through a slalom course Chevrolet had set up in a parking lot. Fortunately, there was an expert in the passenger seat to help run the cameras.

He showed us almost all of the different views. Starting with a simple out the nose view to make sure we didn’t hit the boat parked beside the route. Then side mirror cameras that let you see alongside the trailer from the cab back. 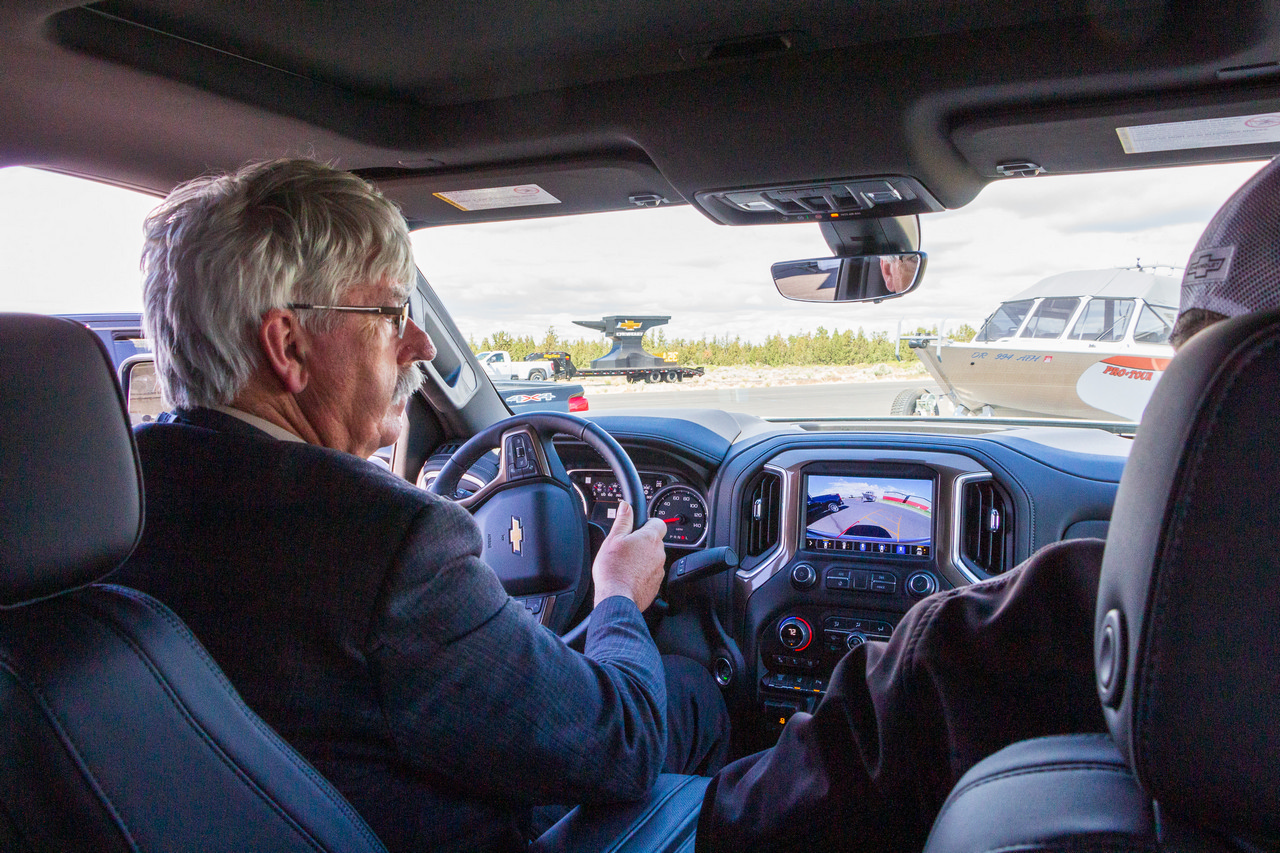 Those side cameras pivot their angles, so if you’re turning left then you see a wider view to the left. It lets you see where your trailer will go, making sure you don’t take the nose off of that parked car. It was extremely useful for making a U-turn, letting dad get within inches of the stack of pylons Chevy had set up.

Adding an accessory camera to the back of the trailer lets you see directly behind it for safety and accuracy when backing up. Plus it lets them add another party trick. A composite view that uses the tailgate cam and the trailer cam lets you see through your trailer. In case cars are sneaking up back there on the highway. There’s also a top-down view letting you see everything around your cab and a nose-down view that lets you see what’s directly in front. Helpful off road for avoiding rocks, but also on-road because the nose of this truck will go over the head of five-foot tall people directing you into a parking space.

So how did it work for dad?

“I’m glad there was a camera operator.”

But do you think you could get the hang of the view buttons?

It took dad some time to start looking at the screen instead of relying on just the mirrors. But he quickly seemed to get the hang of it.

You looked a little nervous getting started. Did the cameras make it easier for you?

“Definitely. Around the corners? You just took a quick glance and you knew, both sides, you were good. You’ve got room to spare. I thought it was great. And then the camera on the back of the trailer was excellent. Backing into that spot and you could see, it was neat.” 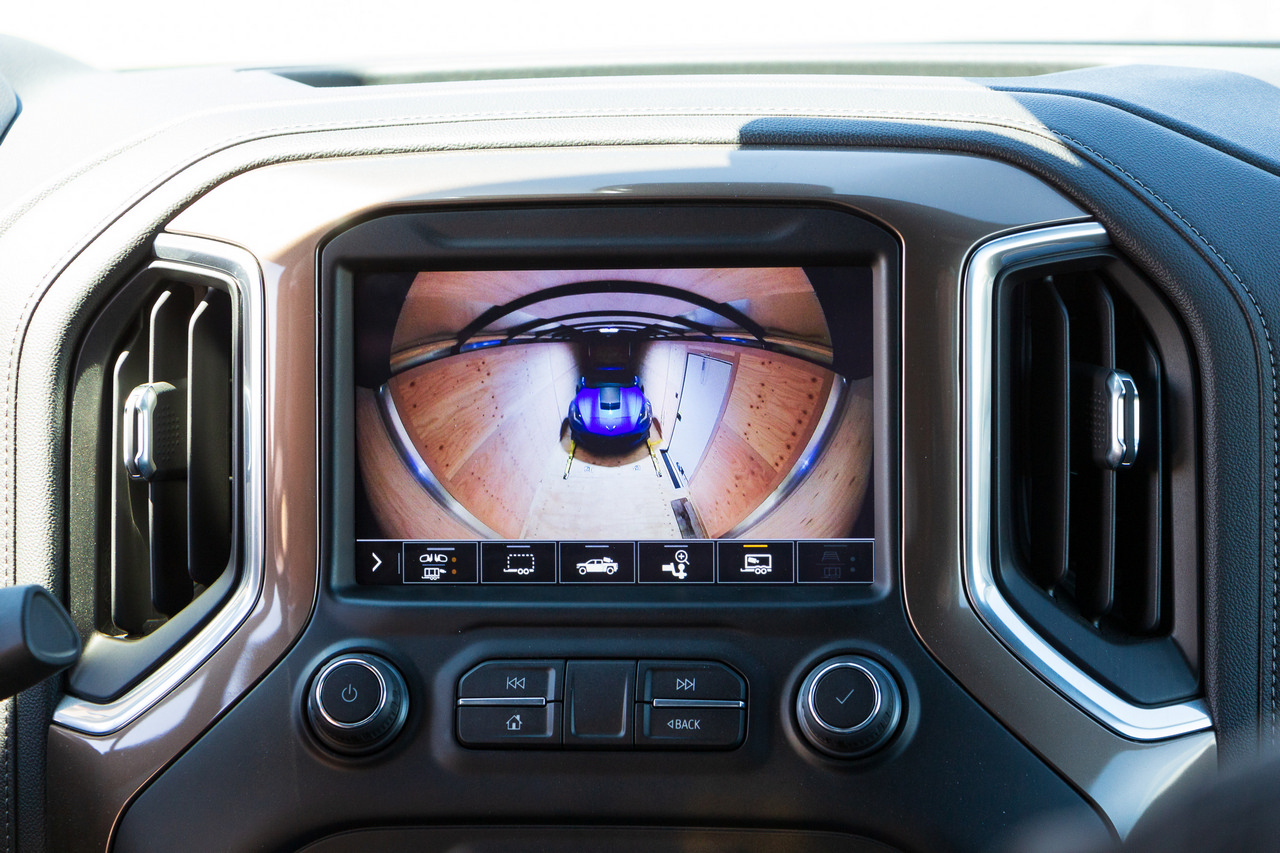 His favourite camera, though? The one inside the trailer. So you can see if your cargo has shifted. This was the last one they showed us. After the slalom was finished. The cargo in our trailer was a brand new Corvette. I thought dad was going to have another heart attack.

“When he showed what I was towing in the trailer it was kinda scary. I’m glad they didn’t tell me when I was doing the slalom part that if I had jackknifed the trailer. That was my one worry, am I gonna bend the two together.”

Do you think you’d jackknife the trailer, though?

“I don’t think so. (With the camera) you knew how close you were all the time. Would be great trying to back up a boat trailer with all that rigging.”

Well, ask and you shall receive. Because activity number two was backing up to a boat trailer. On a slight incline. Just enough that you couldn’t let it idle creep up to the boat.

Have you ever backed up to a boat trailer before?

With the tailgate-mounted hitch camera, you can see directly down. Letting you know where your hitch is and where the trailer is. Dad’s never backed up to a trailer before, but with the help of a camera, he got it in one go.

How did that feel? 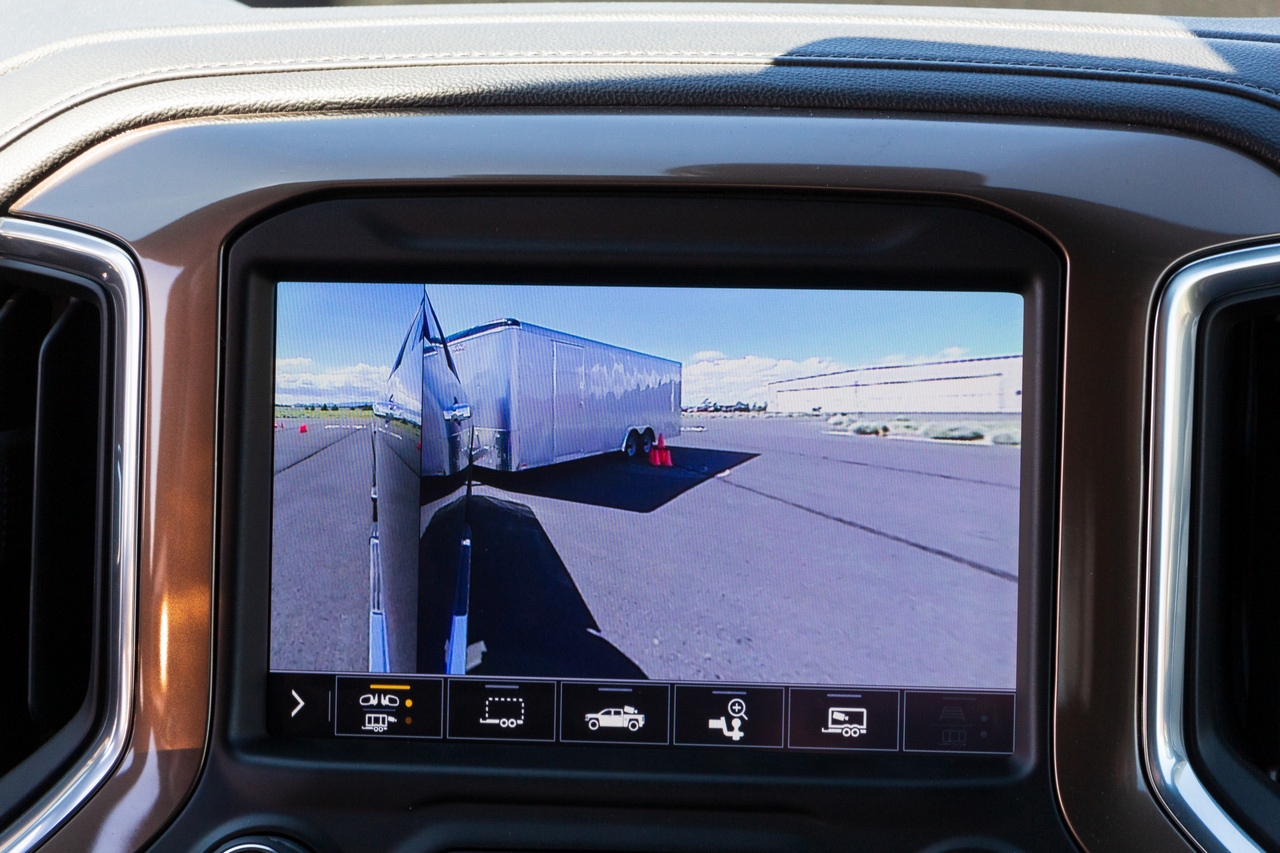 “I think I did pretty good backing up to that trailer.” He got it close enough to drop the trailer on the first go, in one mostly smooth attempt.

Would you have wanted to try it without the camera?

Next up was the real test. To show off the new Silverado HD’s max towing capacity, they went for a time-tested technique the novelty cargo load. In this case, Paul Bunyon’s two-story anvil. Together with trailer, it weighed in at 35,500 lbs. Conveniently, the max tow capacity of the Silverado HD. Also, about three times the weight dad’s driver’s license allows. Fortunately, we weren’t on public roads. We were on a taxiway at Bend Municipal Airport.

While pulling away from a stop clearly wasn’t as brisk as empty, all it took was 1,500 rpm or so and some work by the torque converter. But what did dad think?

“I thought it would be, you know, you would know you were towing something. It would wobble or wiggle. It didn’t feel like anything. It just felt like you were driving a truck. With nothing behind you. I was totally amazed. When I towed that anvil, once you got going, you’d never know you were towing anything. It just moved right along. With that much weight behind you, you’d expect it to take longer to brake. But not really.”

Our top speeds were less than 50 km/h, we were on an active taxiway, after all, but the trucks did handle the weight with little drama. Just some bouncing of the rear suspension that may have been the pavement surface.

So in the end, what did he think? Is it time to replace the MPV and tent they’re currently using with a new truck and trailer?

“Mom would like us to get a truck. And if we had a truck like this, then we could get a little trailer.” 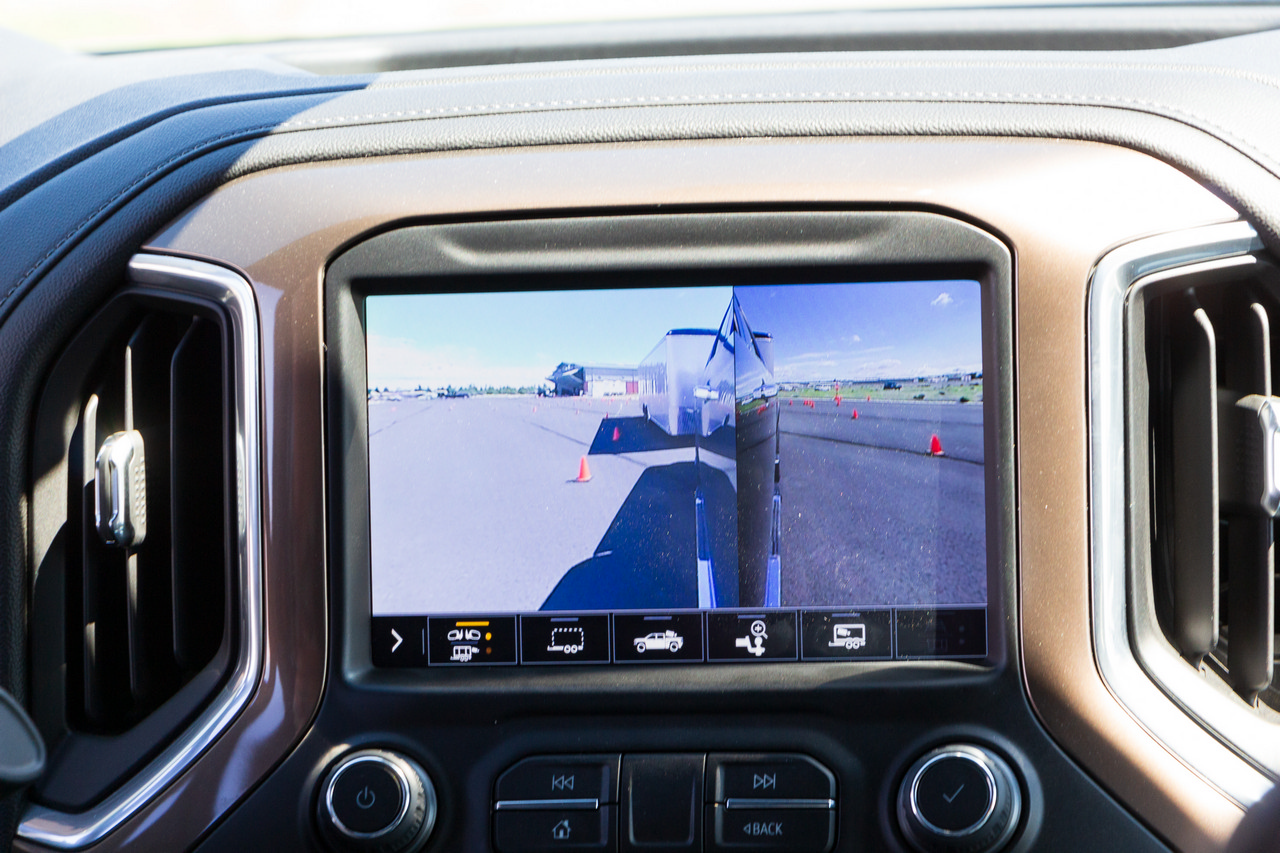 Turns out he’s sold on the idea of the truck towing tech, but not so much on trading in the tent just yet. The problem is that compact car loving dad hasn’t quite gotten used to the idea of trucks that cost as much as that Corvette in the trailer.

“If you had a small company, and you had employees… this would be ideal. You’d know your equipment would come back in one piece.”

So can you teach an old dad new towing tricks? You sure can. You just need to give him some time to get used to the camera buttons first. More importantly, the cameras and features that GM has added to the new Silverado and Sierra can make drivers who haven’t towed before more likely to want to start and more comfortable when they do. 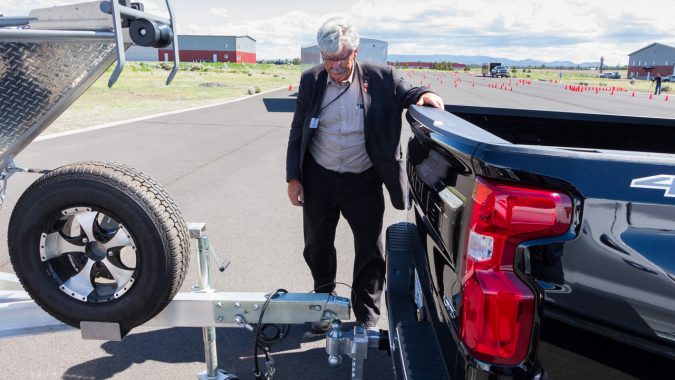 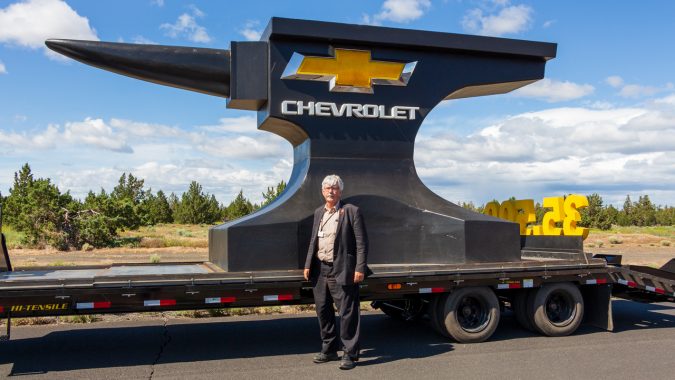 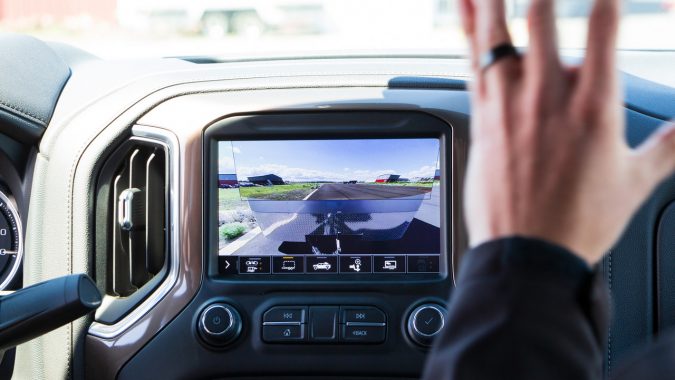 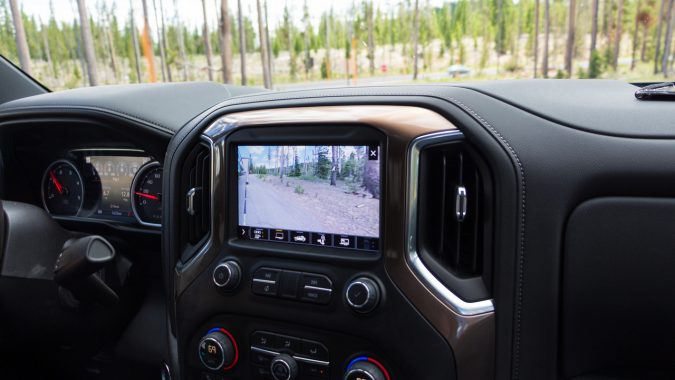 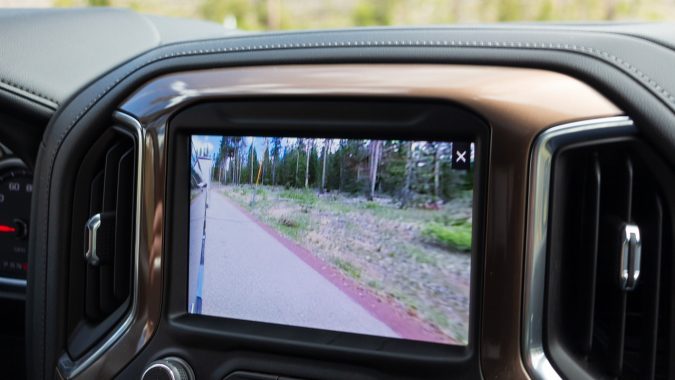 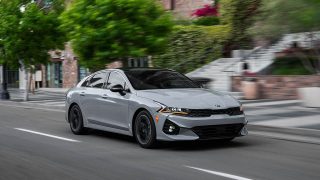 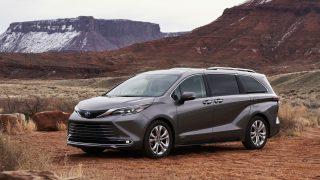 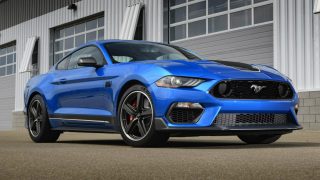 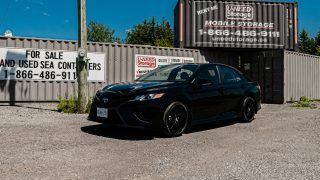 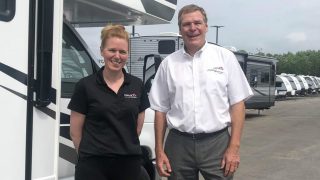 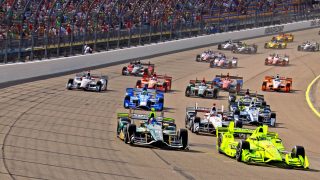 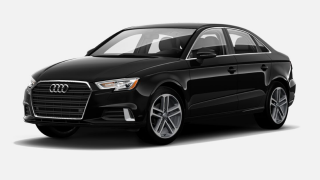 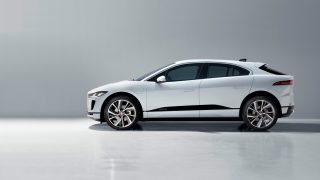 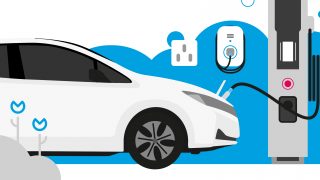