LOS ANGELES, CA – The model range for Porsche’s all-electric sports sedan expanded at the Los Angeles Auto Show with the reveal of the Taycan 4S which will serve as the starting point in a lineup that also includes Turbo and Turbo S variants. 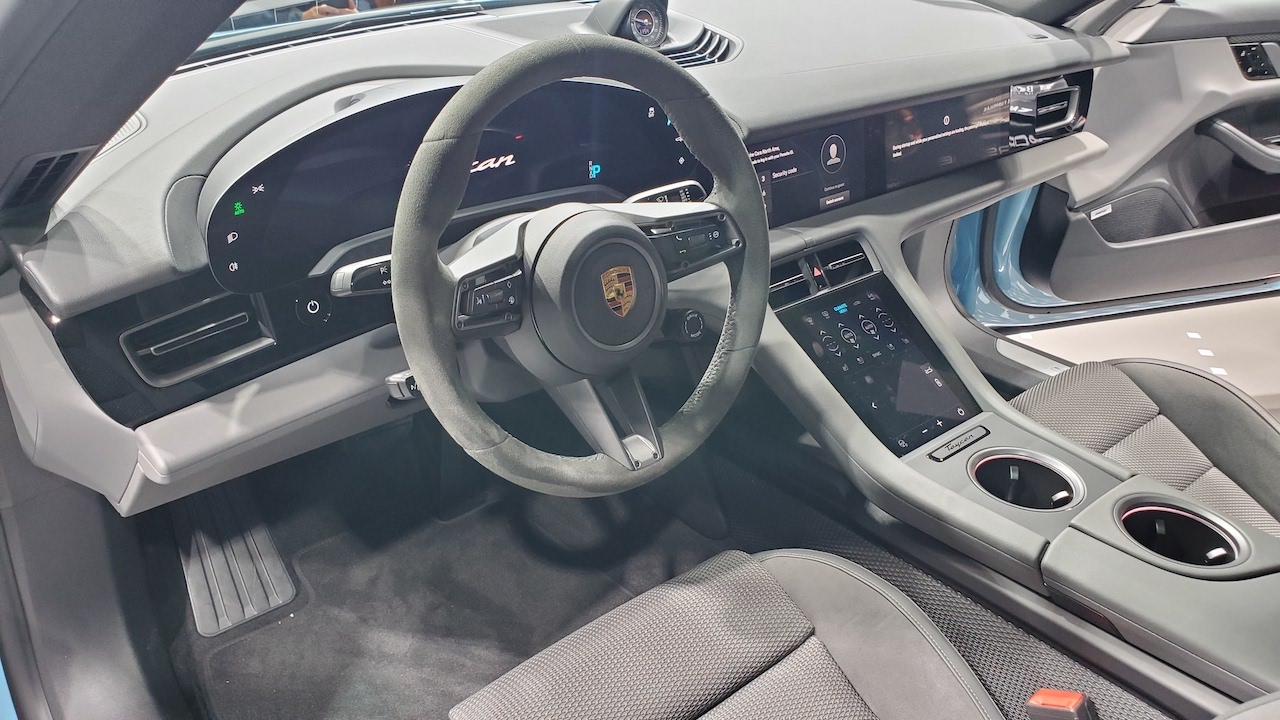 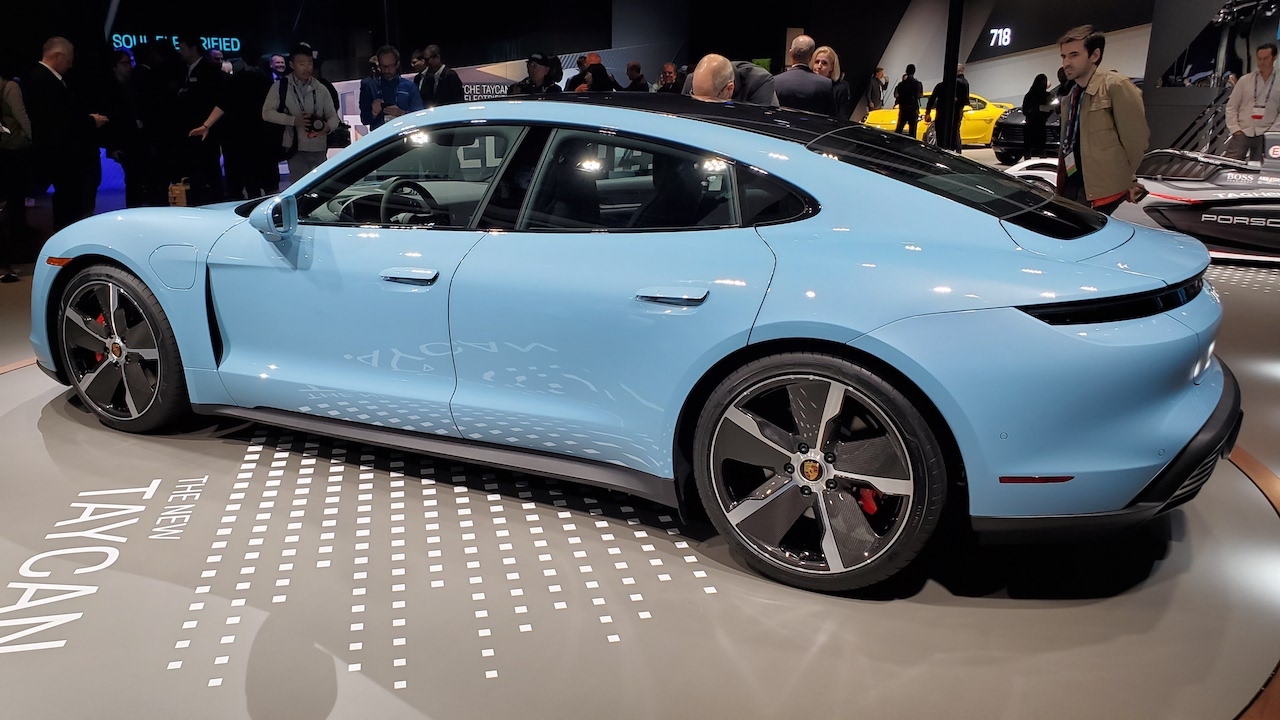 As an all-wheel drive model, the Taycan 4S utilizes motors situated on both front and rear axles, along with a two-speed transmission located on the latter. The 4S also features standard adaptive air suspension with three-chamber technology and Porsche Active Suspension Management (PASM) electronic damper control. Stopping power is supplied by a six-piston aluminum caliper (360 mm disc) front brakes and a four-piston aluminum caliper (358 mm disc) set-up in the rear.

The cabin of the Taycan 4S is much like its Turbo and Turbo S siblings, with a curved digital instrument cluster and a large 10.9-inch central infotainment touchscreen display that are wrapped in a black-panel plastics and textured fabrics.

More power and updated styling highlight the new Porsche Macan Turbo, a compact SUV which now produces 434 horsepower (406 lb-ft.) courtesy of a 2.9-litre twin-turbocharged V6 engine. When optioned with the Sport Chrono package, the Macan Turbo can travel from zero to 97 km/h (60 mph) in just 4.1 seconds, which is three-tenths faster than before. Top track speed is rated at 269 km/h (167 mph).

Another performance highlight is the standard Porsche Surface Coated Brake (PSCB) system, which produces up to 90 percent less brake dust than cast iron brakes due to the presence of a thin tungsten carbide coating. 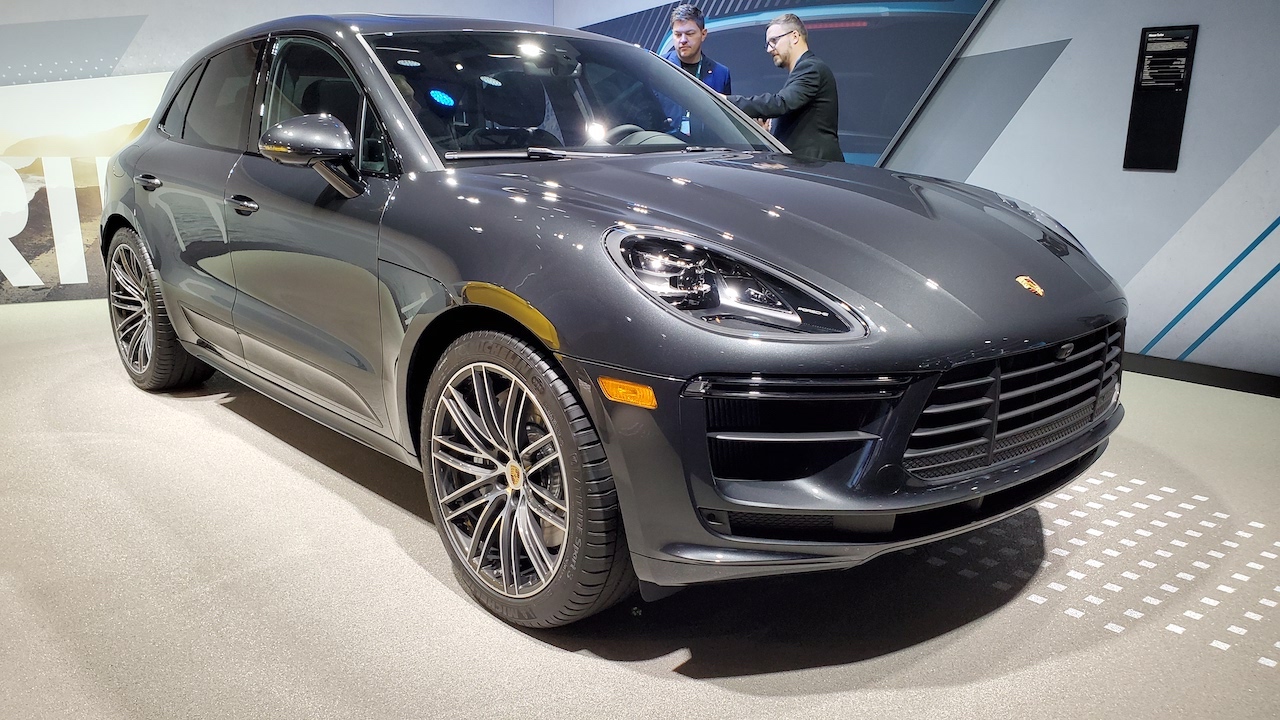 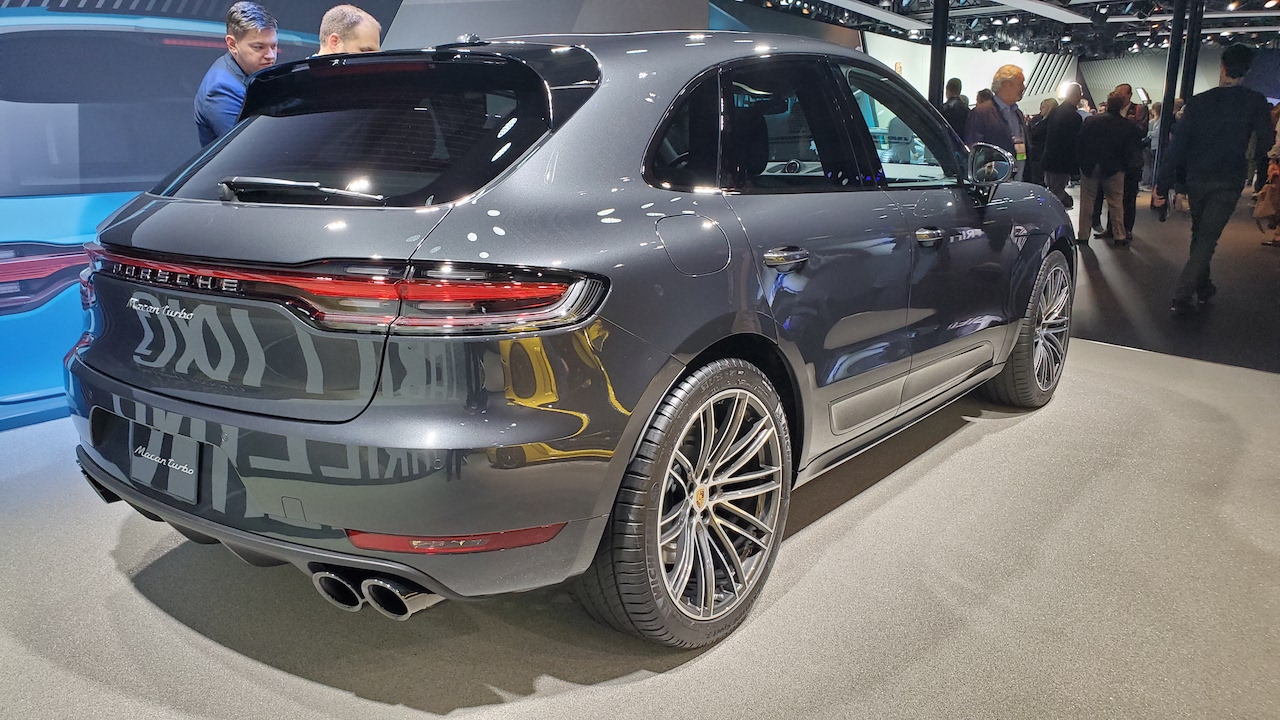 In terms of design, the Macan Turbo is now in line with its refreshed Macan and Macan S siblings. Visual distinctions include a Turbo-specific front end, fixed roof spoiler with double-wing design. On the inside, standard kit includes adaptive 18-way sport seats and Bose premium audio.

Finally, Porsche also rolled out its 99X Electric race car that the company’s TAG Heuer Porsche Formula E team has entered in the 2019-20 ABB FIA Formula E season which kicked off on Nov. 22-23 in Saudi Arabia. Porsche has indicated that it intends to use its Formula E entry as a development program for its pure electric road cars moving forward. 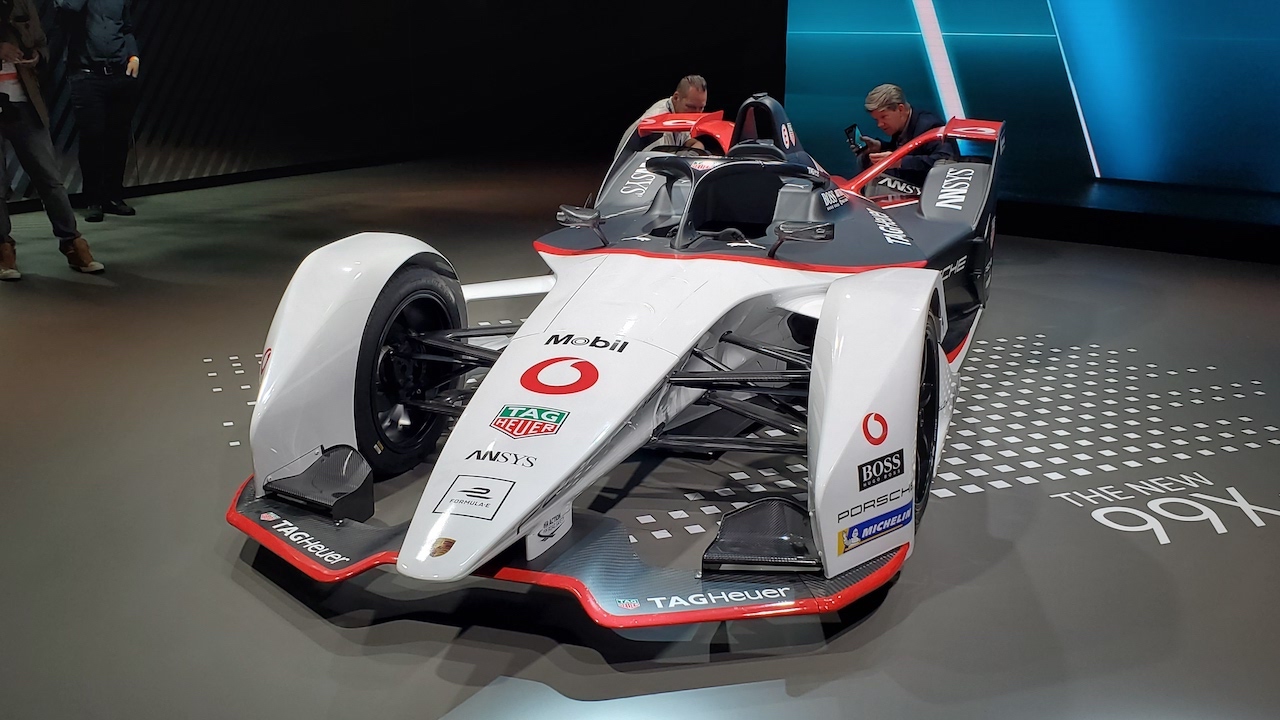 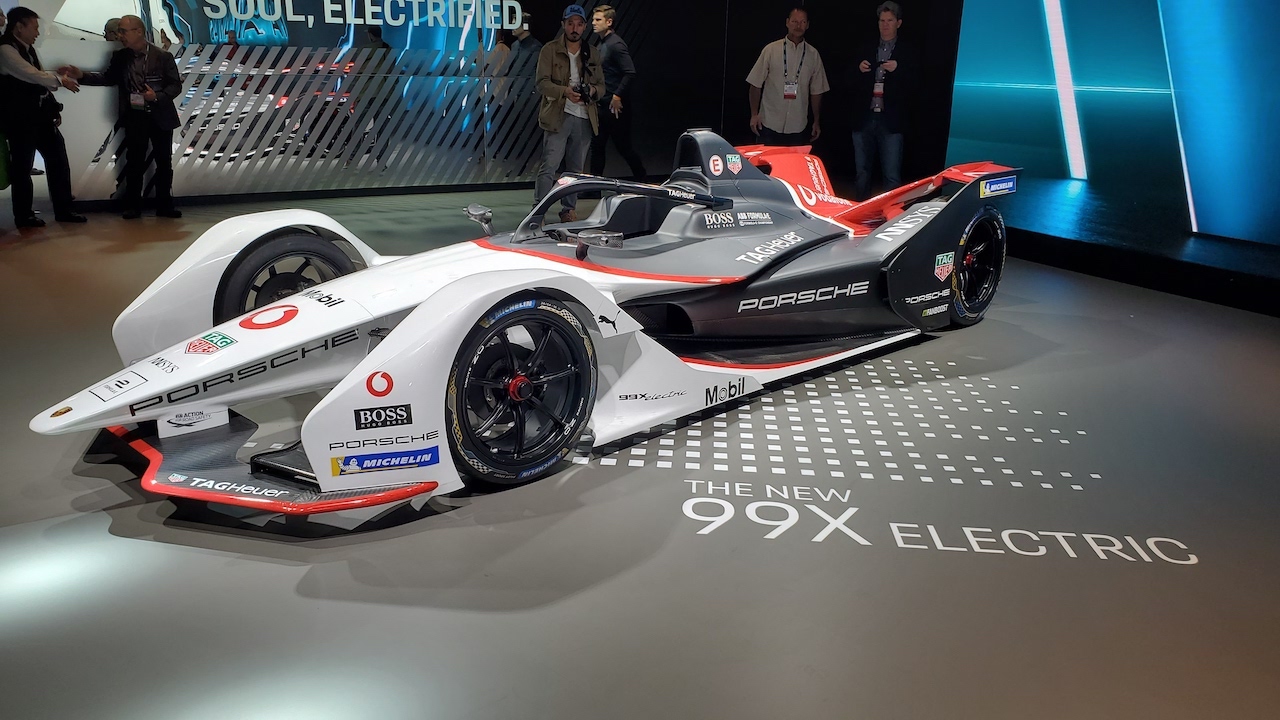