Taking a Jeep on a Safari Adventure... at the Toronto Zoo

The problem with raising a child to have a sense of adventure and a desire to see the world is that, once or twice in a lifetime, the world is just not available to be seen.

In a typical summer, we’d currently be days away from adventure for weeks in succession: overnight camps, road trips across the country, and cottage stays with friends.

This year, in the summer of COVID-19? Nothing.

I need to preface what follows by stating that my daughter and I recognize that we’re ridiculously fortunate. Through a combination of my line of work and a diaspora of family, we’ve traveled extensively both in Canada and internationally during her relatively few years. Whether sleeping in a top-tier resort or on an air mattress in the back of an SUV, we’ve seen unbelievable sights and had unreal experiences, and we’ve never taken an ounce of it for granted.

This summer, though, the onslaught of cancellations has been relentless. The most recent one was the aquarium camp that my daughter cared about most and that we’d held out hope for because it was booked for the very end of August. As the conclusion of the school year approaches, I’ve been sensing her – and myself, by extension – getting increasingly worn down by the constant barrage of disappointment.

We’re staring down the prospect of a summer unlike any other we’ve had in her memory: housebound and rotting on the couch. It’s necessary and understandable, but calling it demoralizing doesn’t really begin to cover the spectrum of emotion.

We search for joy in the smaller moments: tending to the garden, baking unusual treats, camping in the basement, chasing the ice cream truck down the street. Joy comes, but it also goes. It’s fleeting.

I was surprised, then, to find that a little segment of normal that I didn’t even realize she appreciated so deeply was exactly the piece of the puzzle that was missing: picking up a car and, in however small a way, heading off on an adventure.

The plan? Take a two-door Jeep Wrangler Rubicon – the one with the performance suspension, 33-inch knobby tires, and optioned with the 3.6-litre V6 with the eTorque mild hybrid system for a total cost of $65,625 – and head out on safari. 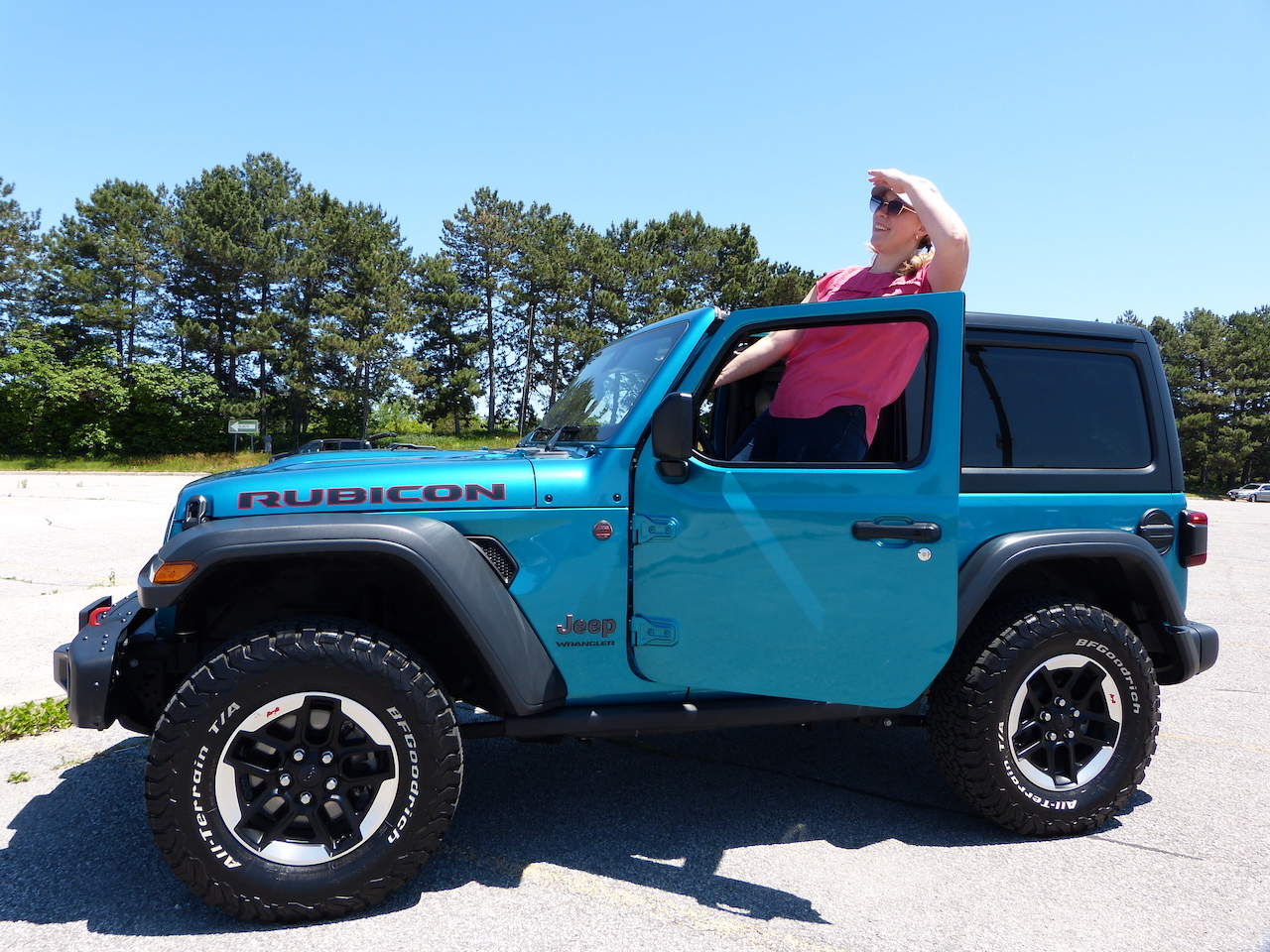 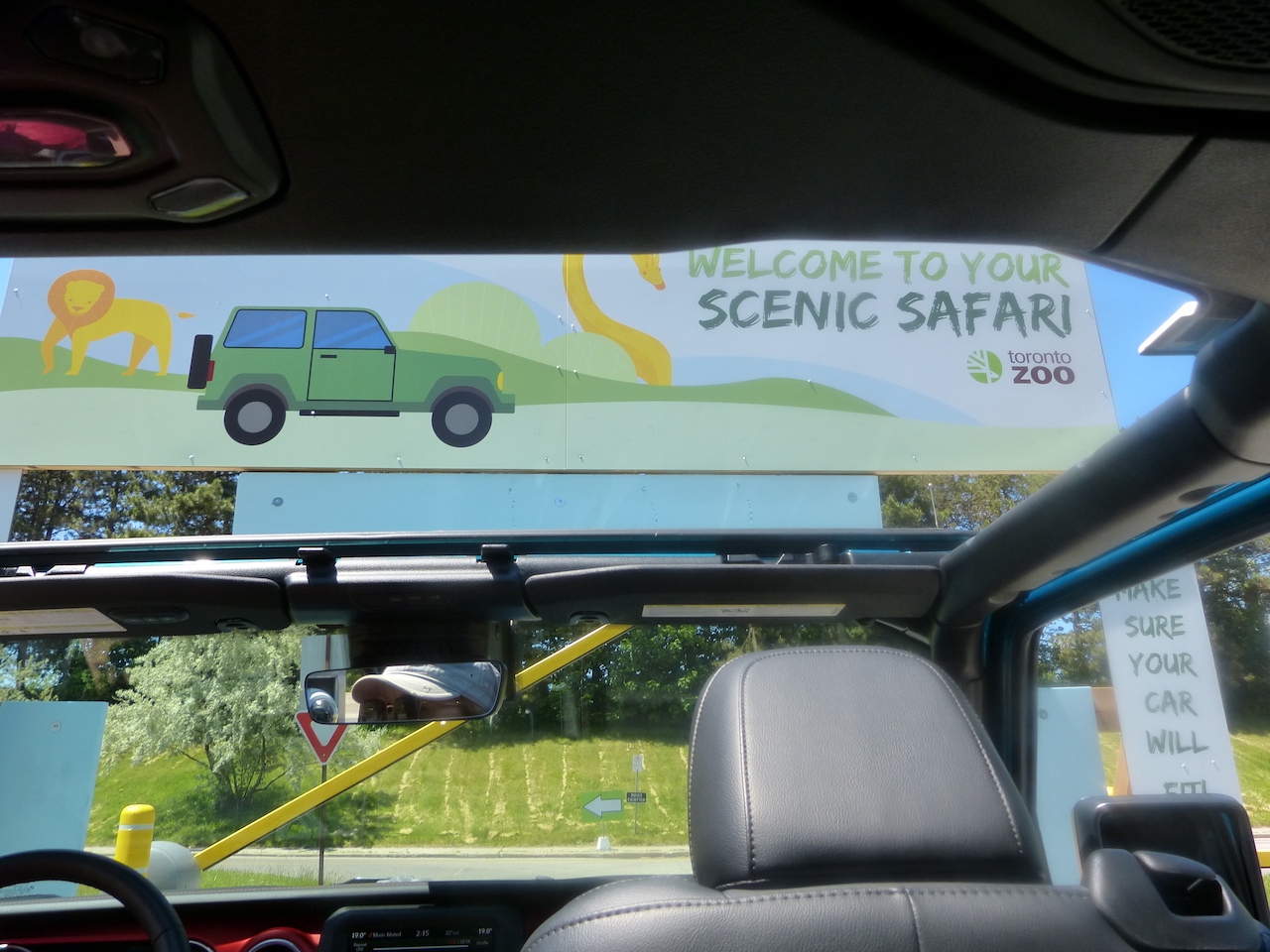 Not a real safari, of course. No one in our house is going anywhere near a plane any time soon. Instead, we headed straight for the exotic locales of the Scenic Safari at the Toronto Zoo.

We packed a lunch to eat on the way. We dressed for outdoor adventure and set aside some time for a silly safari-themed photo shoot. In the parking lot where ticket holders wait for their appointed time slot, we bought a memento at the outdoor gift kiosk and took the roof panels off the Wrangler so that we could enjoy the sunshine throughout our tour. They tuck away nicely into the included zippered stow bag. (As much as I would have loved to have taken the shell off the rear entirely, that’s a two-person job and the only other adult in my bubble wasn’t available. But my daughter insisted she didn’t mind; she was glad for the optional sliver of shade, and the windows still offer great sightlines.)

At our scheduled start time, we passed through the entry gate and hit play on the Scenic Safari audio tour downloadable from the Toronto Zoo’s podcast. There’s a vehicle size limitation of 7 feet high and 9 feet wide because the route goes straight through the lion cave, so there are guideposts at the entryway to ensure that each vehicle fits. Since I had to focus on driving, at this point I handed my camera backward into the hands of my budding wildlife photographer. I highly recommend this: for kids, taking ownership of documenting the experience is engaging beyond belief. 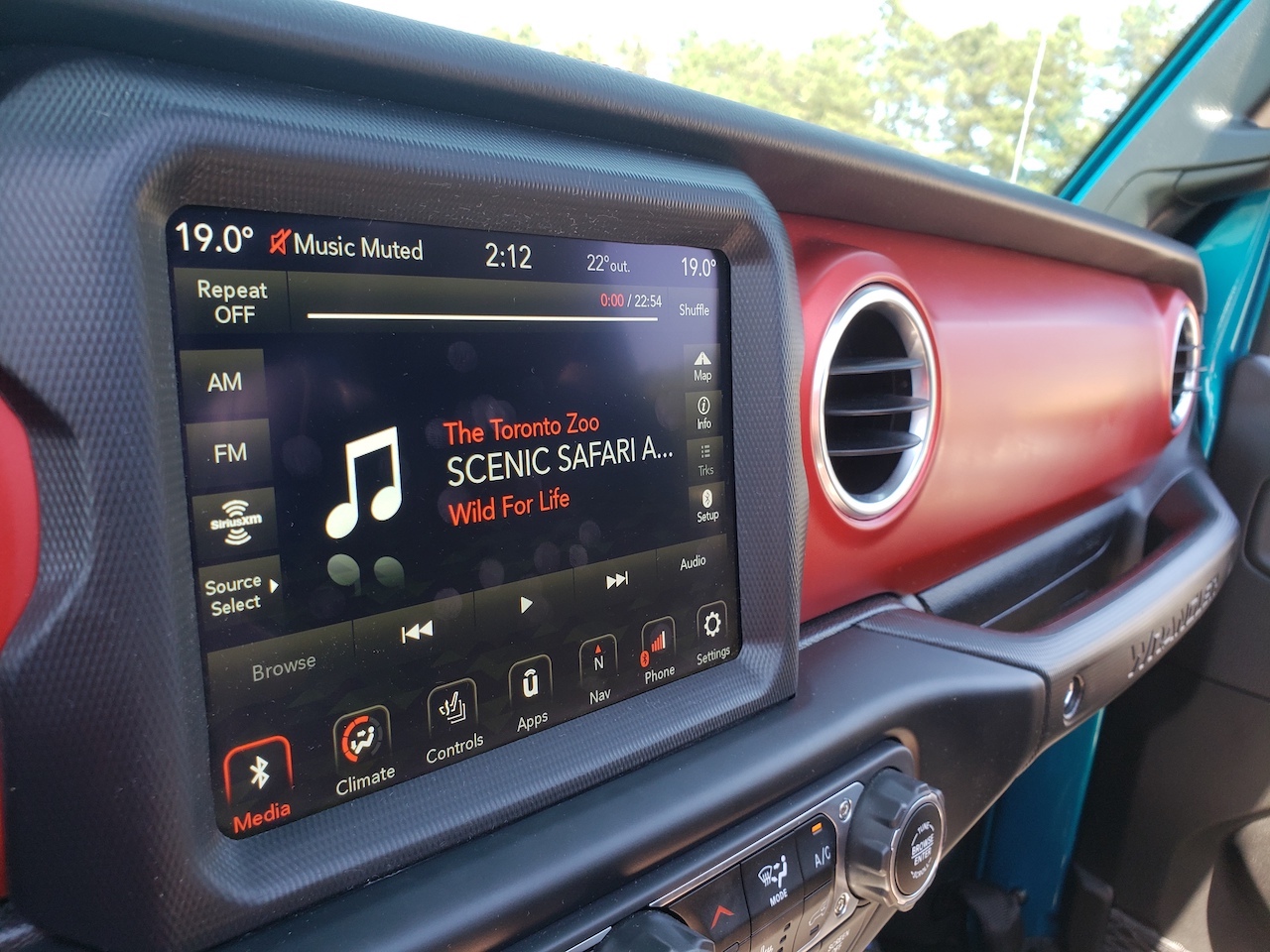 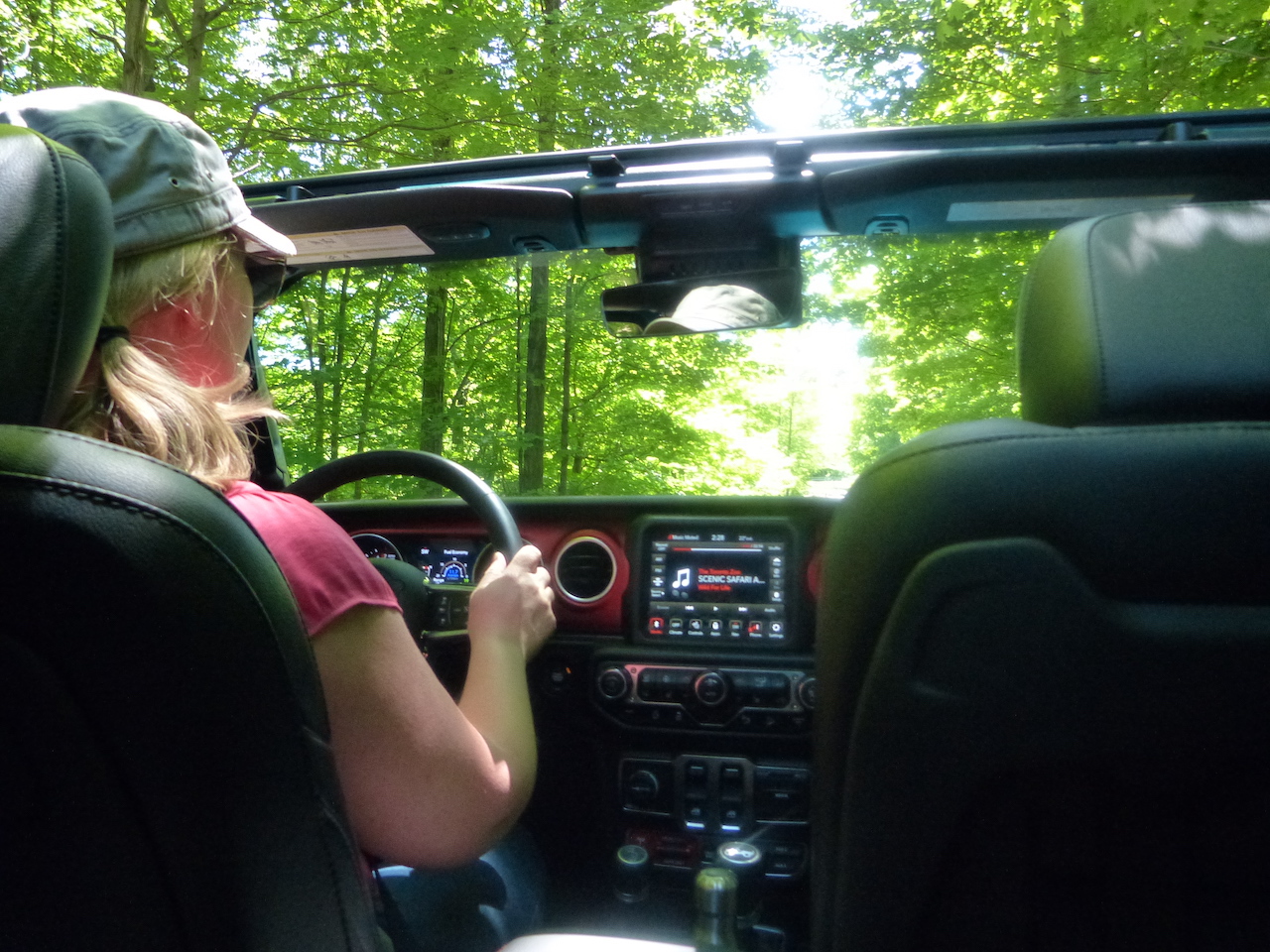 We didn’t attend a special media preview event. I waited in a digital line to buy tickets just like everyone else, and so certain things about our experience were left to the luck of the draw. And it isn’t cheap: our two-person car cost $44, and if you have more people to take through, you’ll pay $59 per vehicle.

On the upside, we stumbled upon a perfect day that was sunny but not exceptionally hot, so the animals were very active. We saw rhinos, zebras, a cheetah, macaws, flamingoes, a red panda feeding in the trees, and we even caught a distant glimpse of the zoo’s baby giraffe – temporarily dubbed Baby Long Legs while a naming contest pans out – playing outside with his mother. Some people who went during the hotter days of the exhibit’s opening week found that the animals were mostly hiding in the shade. There’s nothing to be done about this except to cross your fingers as you buy your tickets.

On the downside, the animal activity made the other drivers in our group tend to linger for a closer look. There are signs posted along the route asking patrons to hold a speed of 5 kilometres per hour, but we spent the better part of our drive at a standstill. We didn’t mind at all since the weather was beautiful and it was so glorious just to be behind the wheel and out doing something fun. But given that our tour was meant to be 45 minutes and took closer to an hour and a half, it was wise not to be in a hurry to leave. 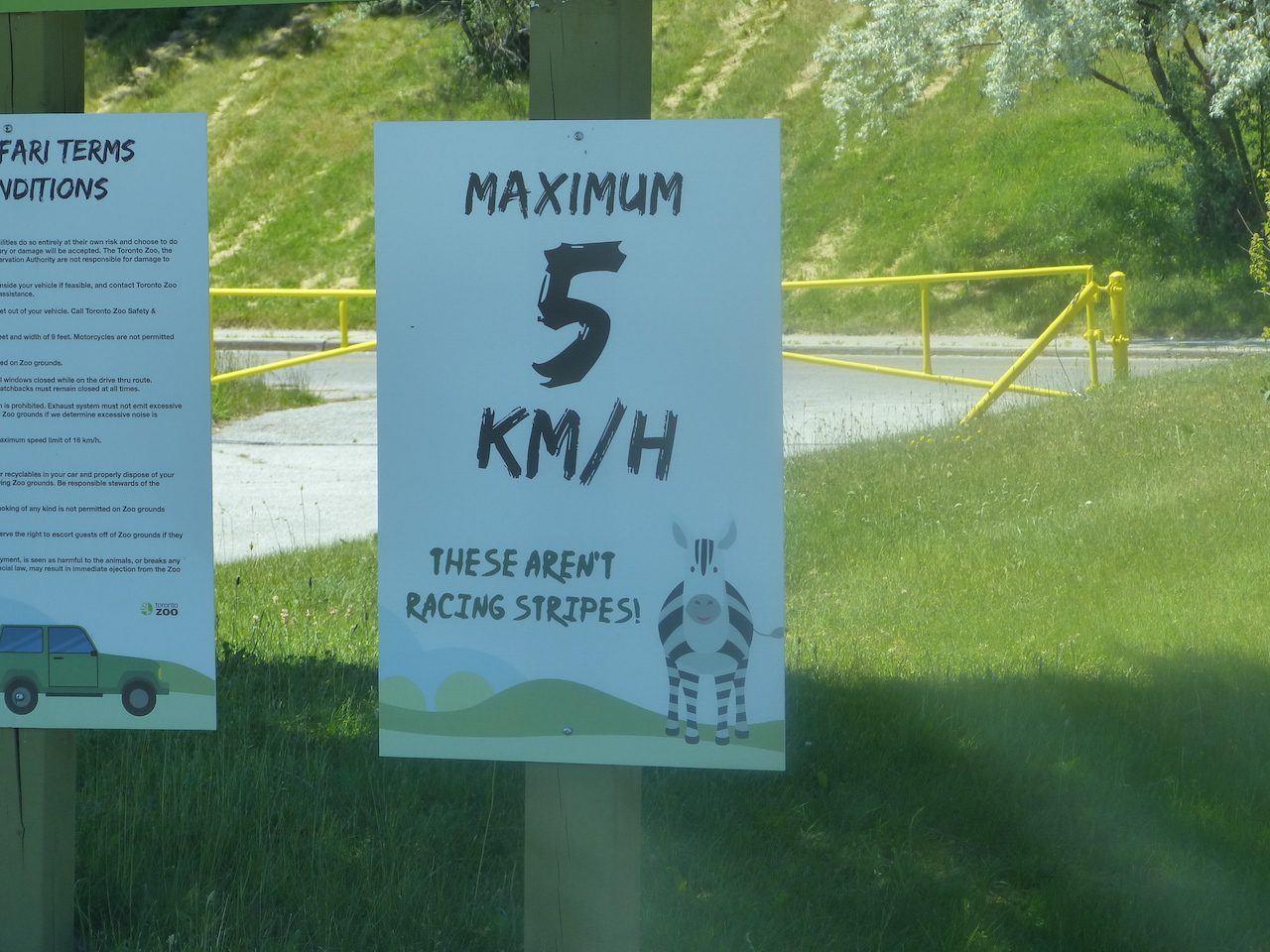 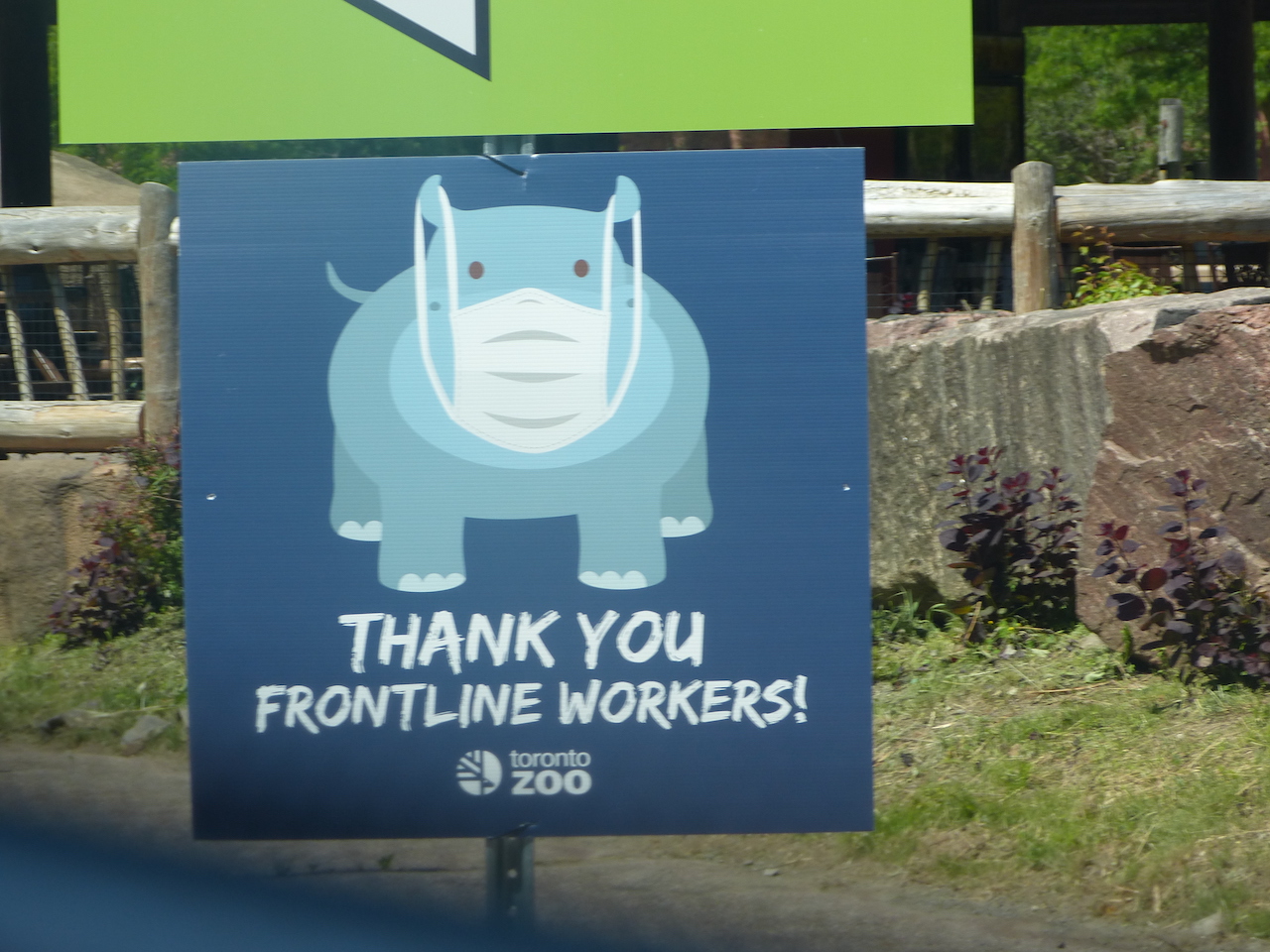 I expected this to be a fun activity and a diversion, but what I didn’t expect was what a difference leaving the house with purpose would make to our mental health.

Is it ridiculous to take a $65,000 Jeep that can quite literally climb mountains and use it to play pretend on a zoo tour? Yes, entirely. But I would do it again, and again, and again. My kid was elated from the moment we left to pick up the Wrangler until well after we got home from the zoo, to a degree I haven’t seen in months.

This is a child who has driven from mountains to oceans, through the gates of Disneyland and to the black sand beaches of New Zealand. And as we wobbled back home on the highway, she announced that this zoo tour is her favourite memory we’ve made in a car, ever. Oh, and she’s also going to buy an aqua Jeep when she’s older because, after being in every manner of vehicle from supercars to pick-up trucks, this Jeep Wrangler is now her all-time favourite car. 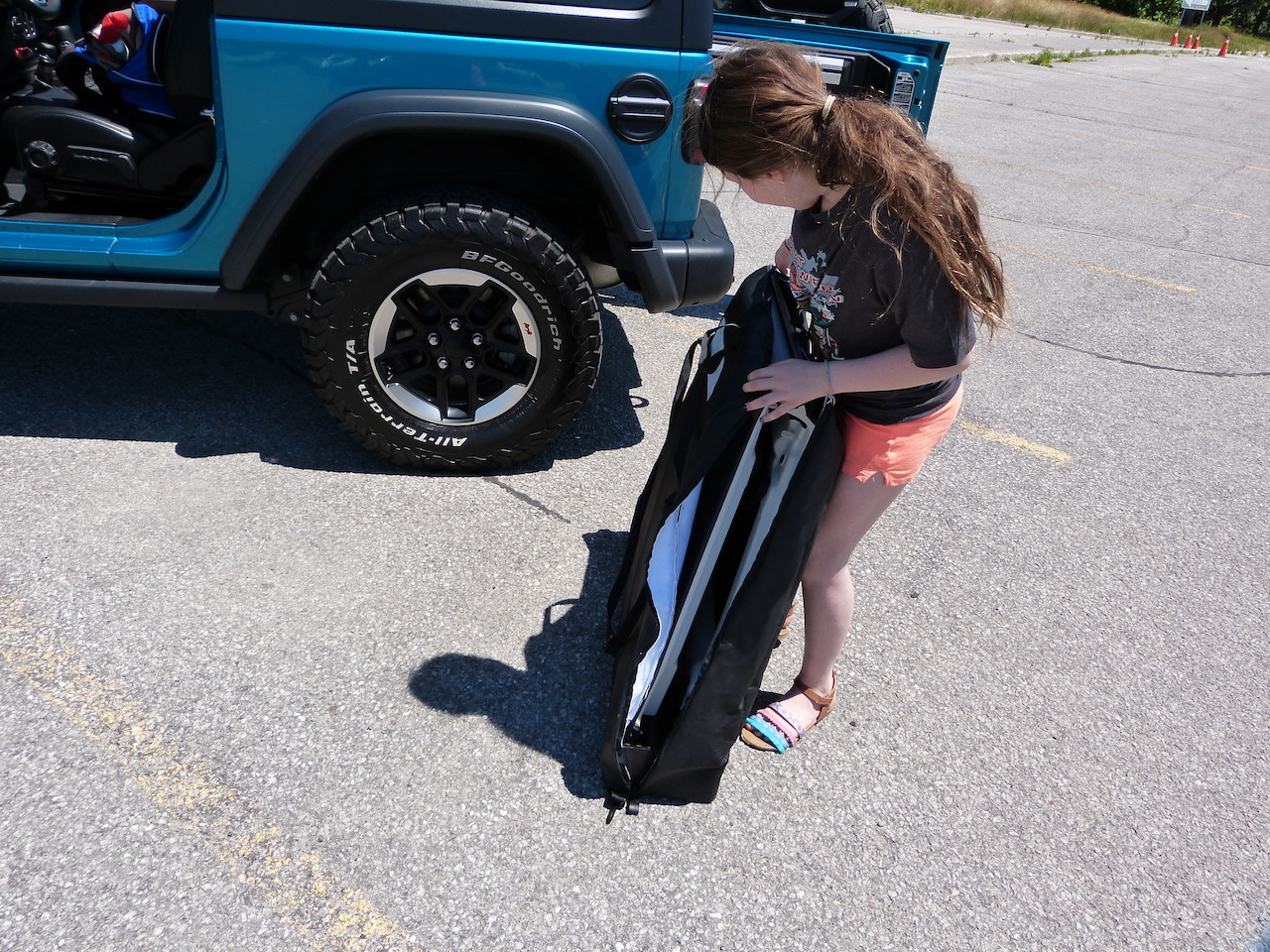 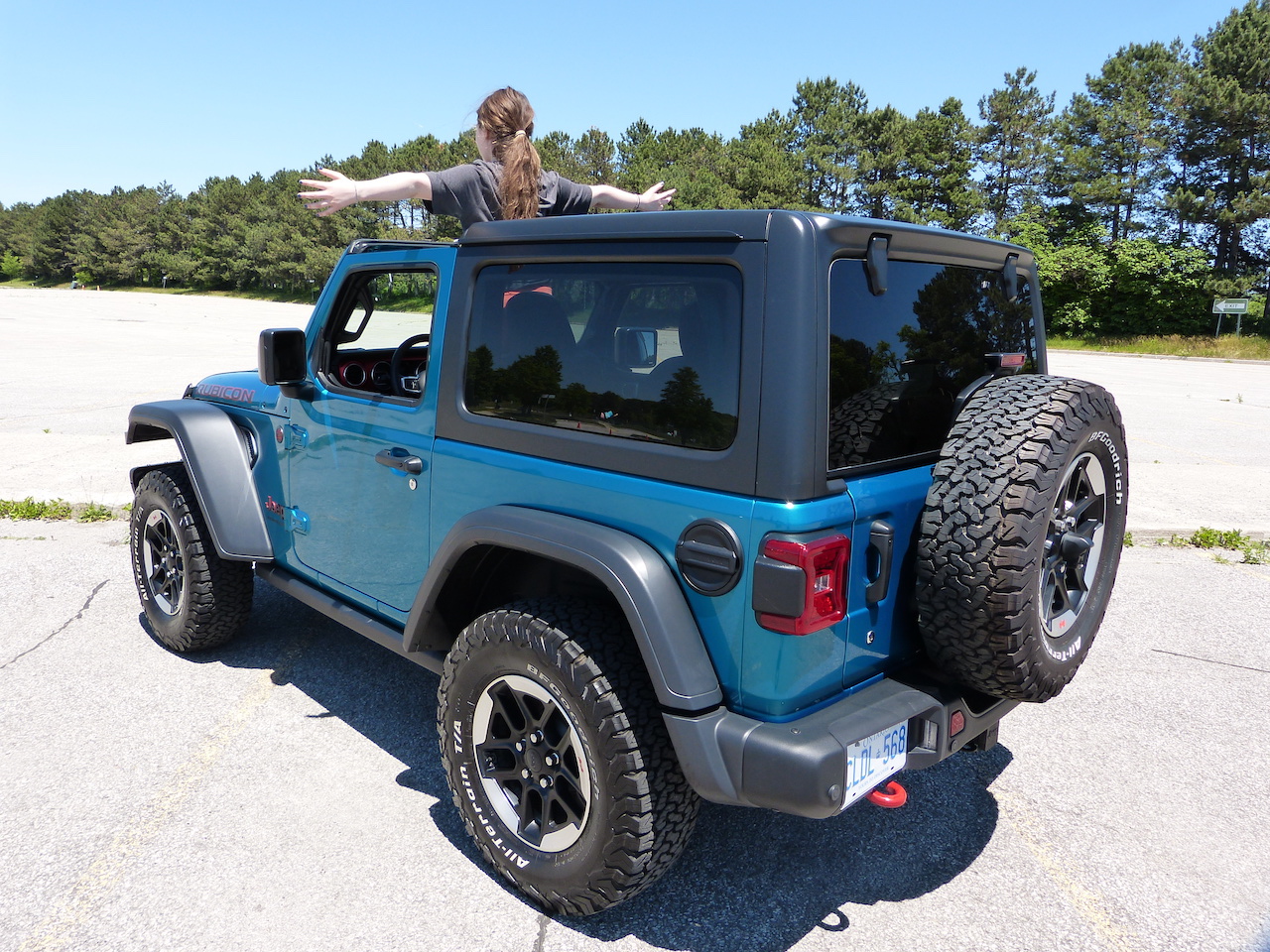 It doesn’t take a degree in child psychology to know that these declarations are not actually about the zoo or the Jeep. They’re about deeply appreciating the return of a sense of freedom and elation that’s been missing from our lives for more than three months. This experience is so imprinted in my daughter’s mind that I’m sure it will be the default COVID-19 memory she shares with her grandchildren.

But as a parent and a car enthusiast, I see how these moments are fostering a child’s life-long appreciation for adventure and the open road. It’s that realization that will help me pull through. 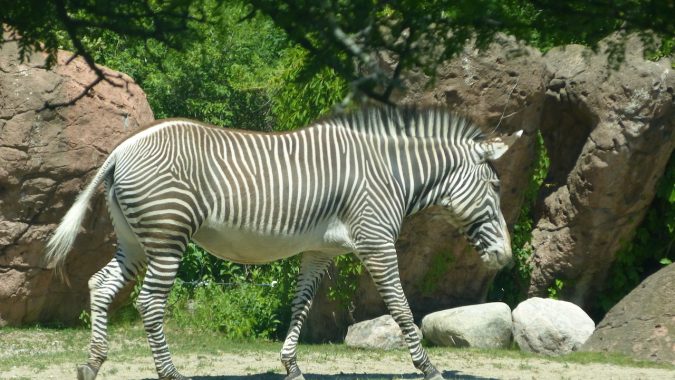 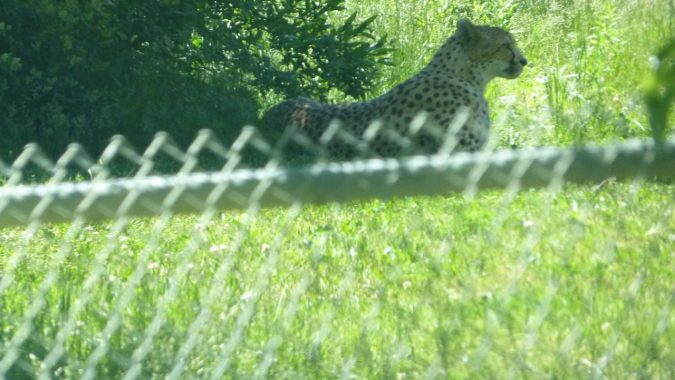 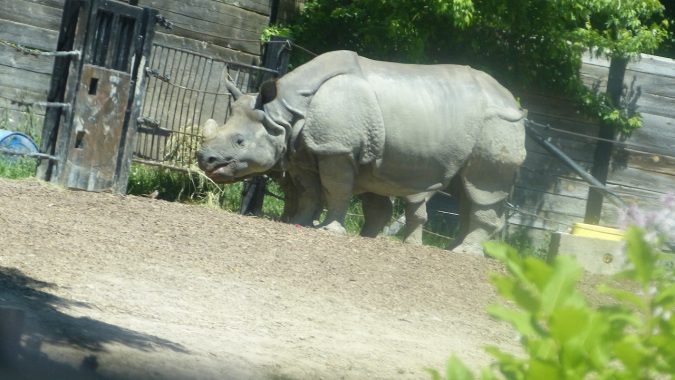 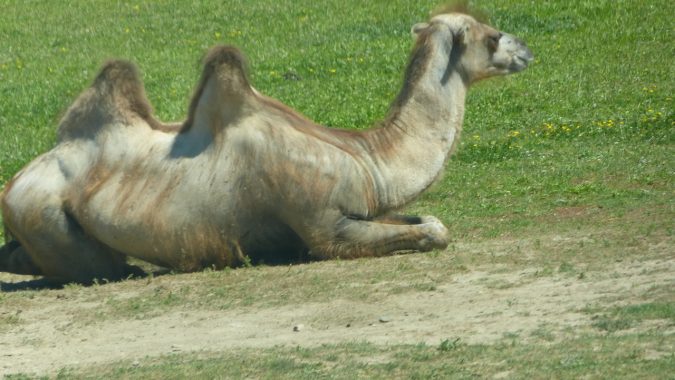 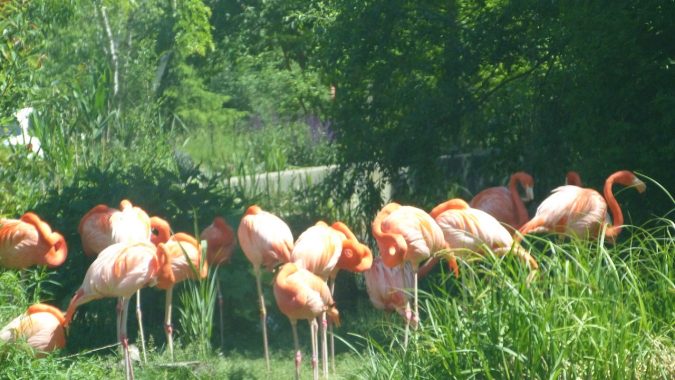 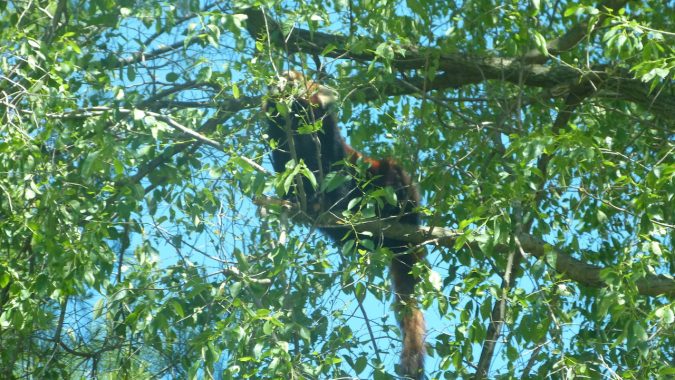 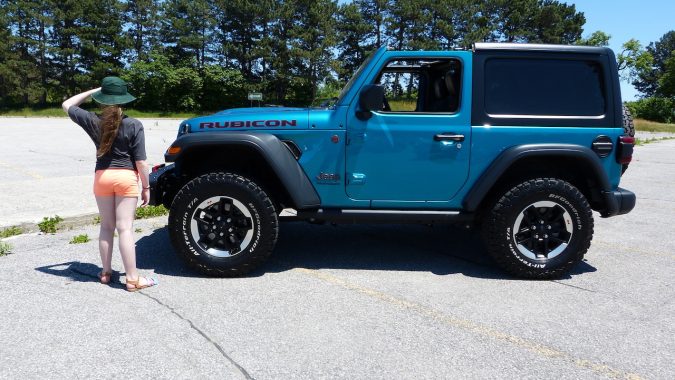 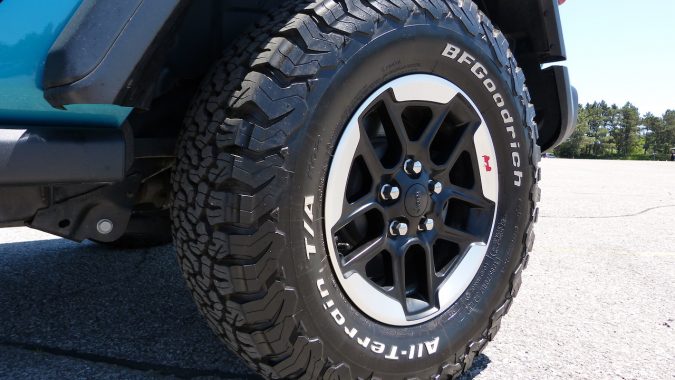