The R stood for Racing, so this car dropped the radio, power steering, and about 200 kg of other creature comforts from the interior.

One of the coolest cars of the early 2000s is one that’s sort of dropped from sight in the years since its release. Maybe it’s time to change that. So we present to you, the 2000 Ford Mustang SVT Cobra R.

SVT, short for Special Vehicle Team, was Ford’s in house high-performance arm, starting from 1993. The group, started by engineer John Coletti, was responsible for a host of cool cars through the 1990s and early 2000s. That includes both Lightning pickups, the Ford GT, and even the first-generation Raptor, which wore the SVT badge until 2014.

When SVT took aim at the Mustang, the result was the Cobra. The first SVT-badged Cobra arrived in 1993, packing more power into the 5.0L V8. That year, the first Cobra R was also built. The R stood for Racing, so this car dropped the radio, power steering, and about 200 kg of other creature comforts from the interior. It was a one-year-only car, but the R would return two more times. First in 1995, when you needed to have a racing license or a race team to buy one. And for the final time in 2000.

That year, the Cobra R was actually the only Mustang Cobra available. The standard version’s upgraded 4.6L V8 had some issues that required extensive parts replacements in the 1999 model year cars and a skip of the 2000 model year.

The Cobra R wasn’t affected because instead of a puny 4.6, it got a 5.4L V8. 385 hp and 385 lb-ft of torque. With dyno sheets at the time suggesting it was extremely underrated. 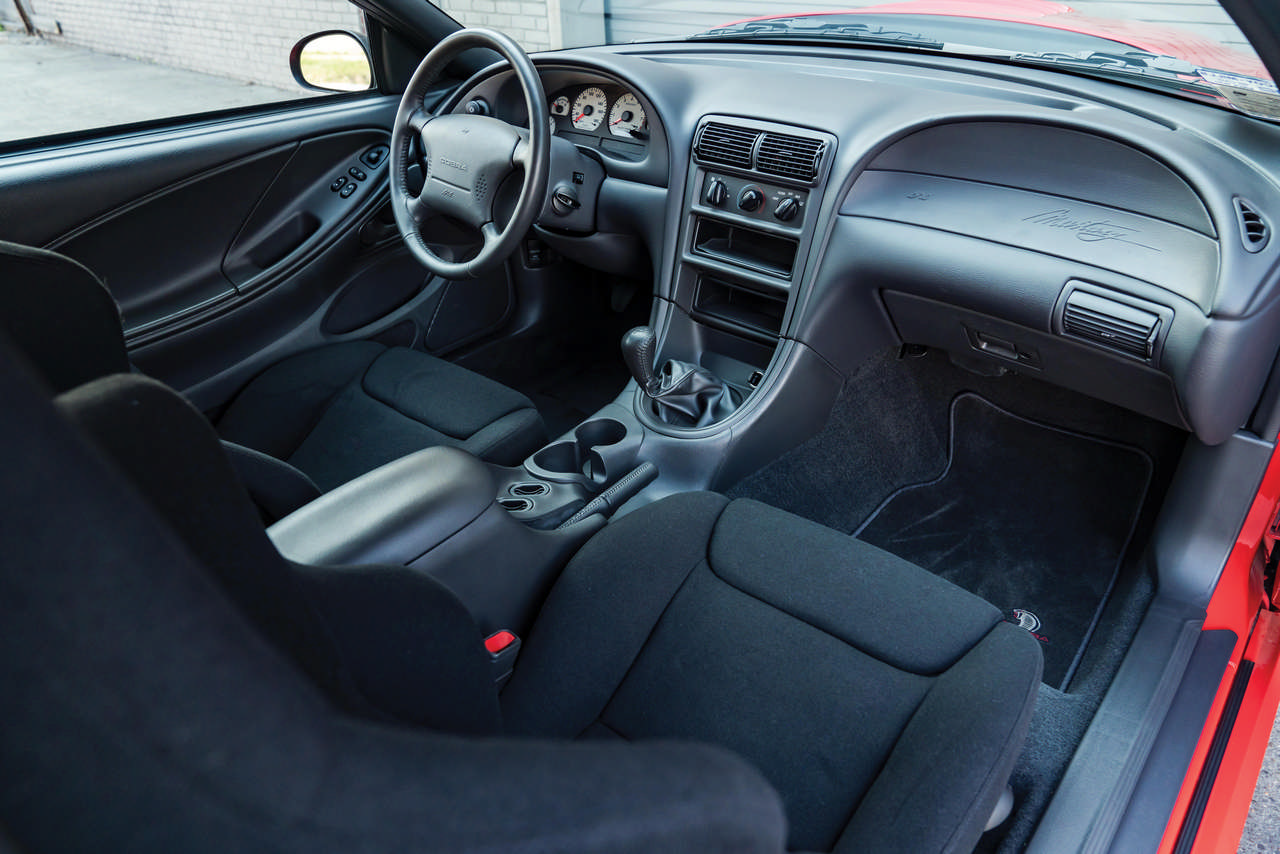 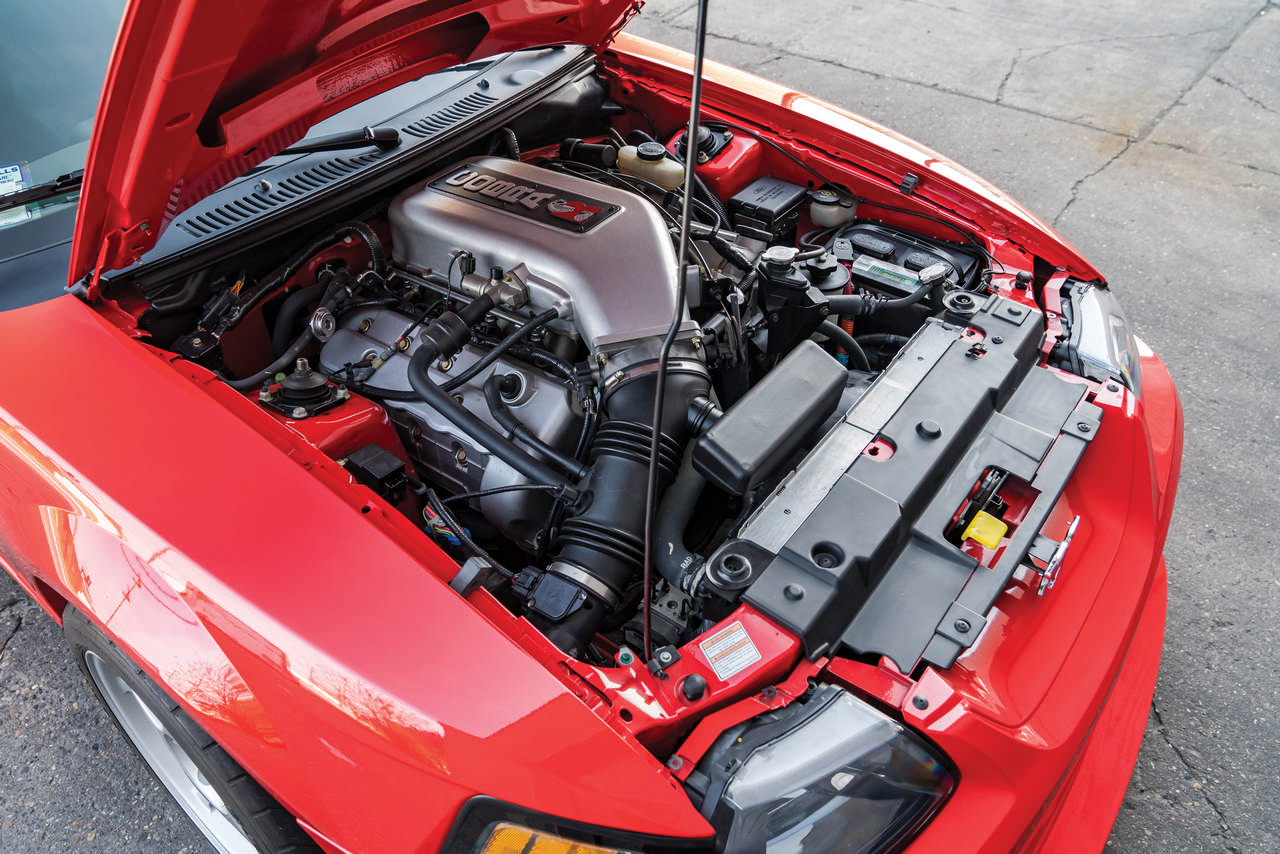 This was still intended as a race-ready car. No radio, no AC, no cruise, and no back seat. And you could get it in any colour you wanted, as long as it was Performance Red. That’s right, all 300 were this same bright shade.

To clear the big DOHC V8, Cobra Rs got a big hood bulge. To make them faster on track, there was a massive front splitter and even bigger rear wing. With a racing fuel cell. And the bumper from the V6 cars.

As a single year, low production, race-ready car, this was destined to be extremely rare 20 years on. Fortunately, for buyers, though, they were all the same spec. So no worrying about ignoring a blue one looking for green. It’s red or bust.

And they do still turn up, even if they haven’t turned a wheel in anger. Like this one, headed to RM Sotheby’s Auburn auction in a couple of weeks. It comes with lots of documentation like the owner’s guide and original window sticker. It’s had three owners, but only 2,500 miles.

It was quickly overshadowed by the supercharged Cobras that followed it, but for a few years, this Mustang was the King of the Road. And if you remember those years fondly, then you’ll appreciate this modern classic. 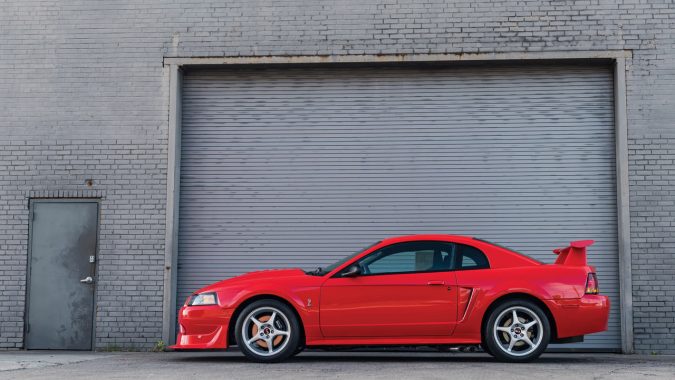 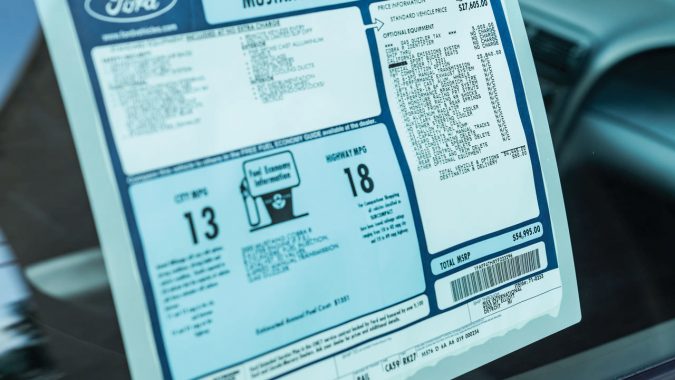 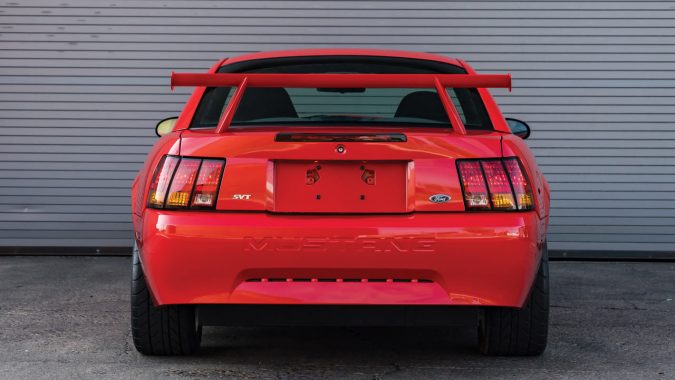 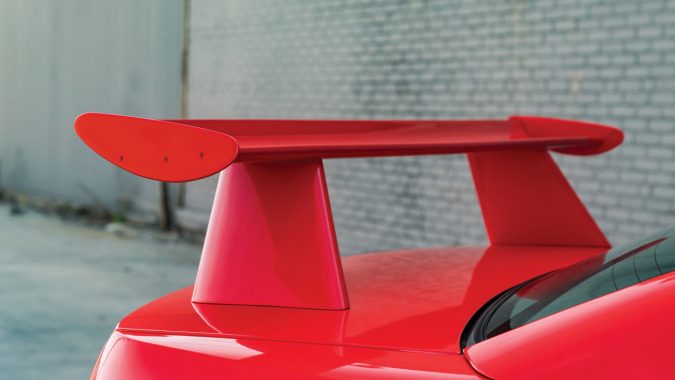 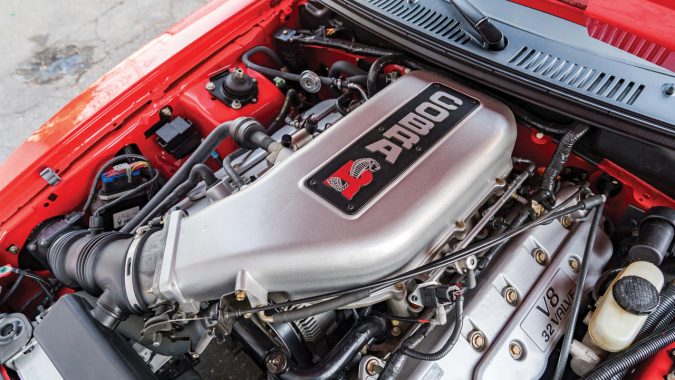 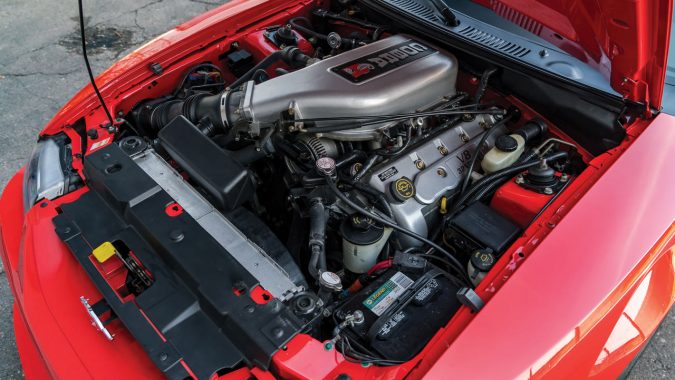 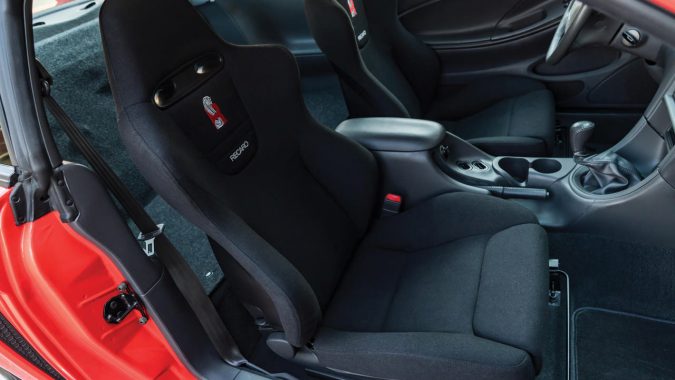 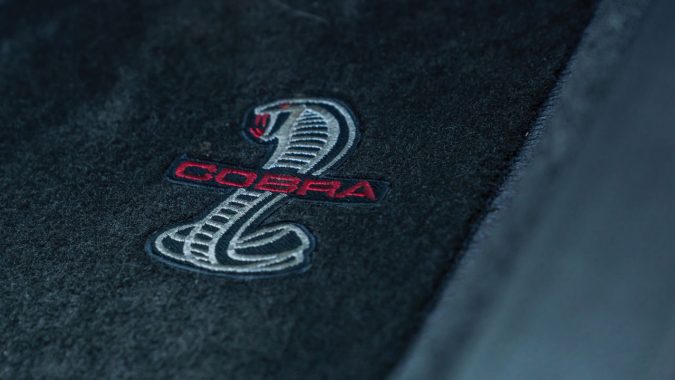 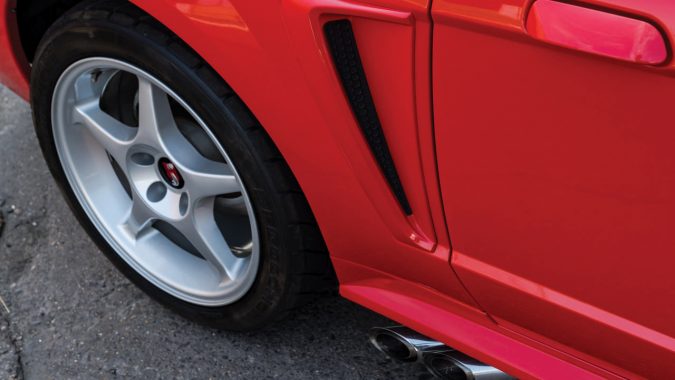 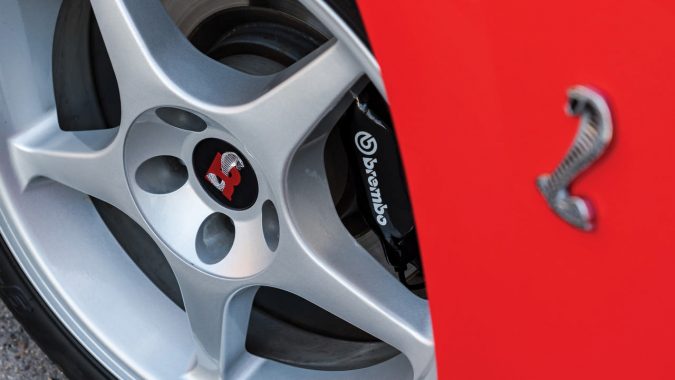 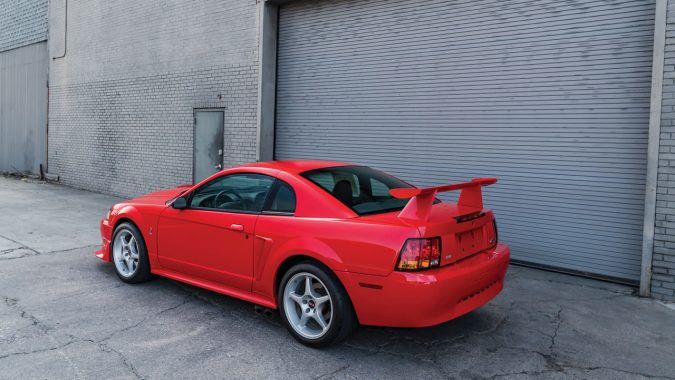