The Baja 500 starts this Saturday, driving an almost 500-mile loop around the Baja Peninsula in Mexico.

Subaru’s Crosstrek is a nifty small crossover. Mostly because it’s really more of a wagon. Though it’s not one that’s likely to reach out and grab your attention. Well, this Subaru Crosstrek is guaranteed to grab the attention of even the most jaded car fan. It’s the Crosstrek Desert Racer and it’s headed to Baja.

Subaru started off in off-road racing with the Crosstrek Desert Racer back in 2017. The company’s first factory-backed desert racing effort. If it seems odd to have a brand best known for rally cars to be building tube-frame purpose-built buggies, there’s more of a link than you might think.

The standard start for the dune buggy, the ancestor of the modern desert racer, was the VW Beetle. Many classes still use Beetle-based racers, even though it’s nearly impossible to spot. And who makes a modern flat-four engine, one that will work where the Beetle’s flat-four will work? Yup, Subaru.

Running the Crosstrek racer are Crawford Performance and Grabowski Brothers Racing. They’ll be running at the legendary Baja 500 this year and looking to beat the car’s second-place class finish last year. 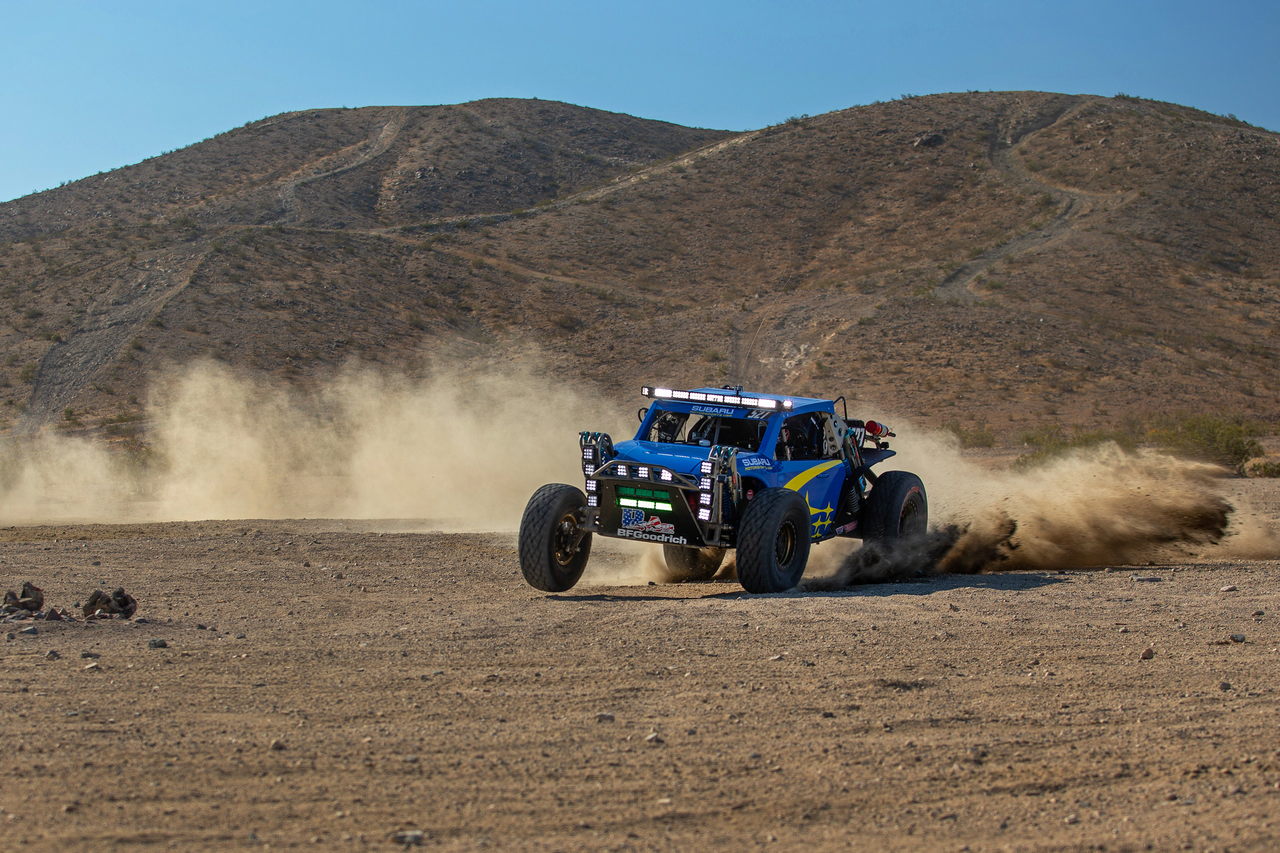 Powering the buggy is a 2.5L Subaru engine. It’s non-turbocharged, but it’s still modified to produce around 300 hp.  It sits in what looks like your classic off roader. A vaguely Beetle-ish shell, shock towers that rival the CN for height, more LED lights than a fleet of police cars, and tires that could roll over a medium-sized car without noticing. And this one gets the classic blue and yellow Subaru rally livery with gold wheels.

“Subaru is best known for its success in rally, but Subaru engines have been used in off-road buggies for years,” said Quirt Crawford of Crawford Performance. “My goal with the Crosstrek Desert Racer program was to show what was possible with a non-turbocharged boxer engine in an unlimited class, and the results so far have been very strong. I’m looking forward to bringing the car back to Baja this year and showing what it can do!”

The Baja 500 starts this Saturday, driving an almost 500-mile loop around the Baja Peninsula in Mexico. After that race, Grabowski Brothers Racing will keep the car’s season going looking to repeat last year’s win at the Vegas to Reno race in August and the Baja 1000 in November.

Oh, and this Subaru’s rear-drive only. 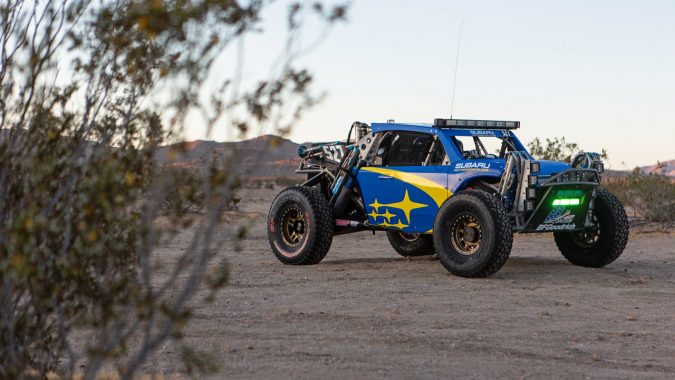 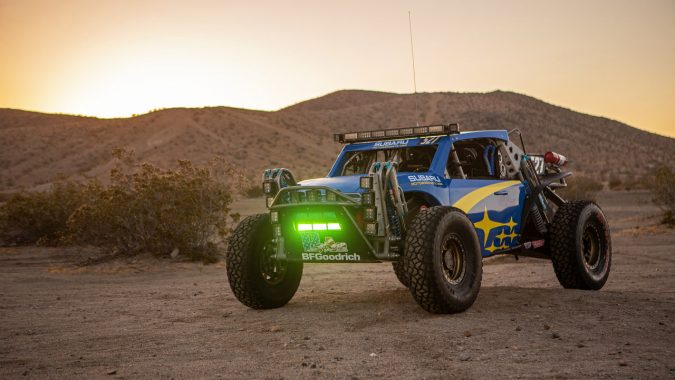 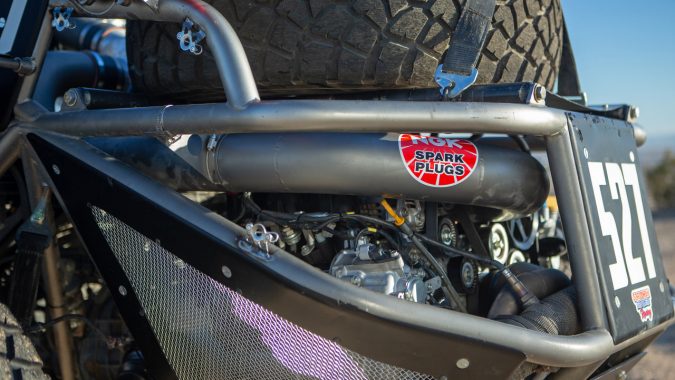