Stranded in the wilderness: Would you survive?

We tried it. Here's what it takes to survive overnight in a car

The windows have become coated with frost and we can see our breath. Around us are the dark and silent Ganaraska woods, the pine trees heavily laden with snow.

Against the deep velvet indigo of the night sky, the snow gives off an other-worldly glow that would be strikingly beautiful under different circumstances.

We’ve been in the car more than four hours now and, with the sun gone, the temperature is dropping rapidly.

It doesn’t seem that long ago that we were oblivious to the elements, safe within a warm car during a routine drive on a crisp winter day. But how quickly circumstances can change when we least expect them.

And now we’re faced with spending the night in our vehicle while the thermometer registers minus double digits.

As Canadians, we can’t afford complacency when it comes to winter.

Many of us cover a lot of miles driving in less than ideal conditions. And, hopefully, we’re all sensible enough to ensure that not only are our vehicles in good working condition but that they’re also outfitted with dedicated winter tires.

But that’s just a start.

Have you ever stopped to think? really think? about how you’d fare if your car broke down in the winter?

Instead of compiling yet another tedious list of cold weather survival tips, we decided to walk the walk and actually see what it would take to spend a night in a cold vehicle in the dead of winter.

I’ve had a lot more driver training than the average person, but I’m just now realizing how woefully unprepared I really am. In fact, probably the only smart decision I made in this adventure was my choice of driving partner.

Colleague and friend Shaun de Jager, a professional driving instructor, frequently appears on television as an expert on driver safety. A military background, and a love for extreme outdoor activities, have given him a wealth of practical knowledge. 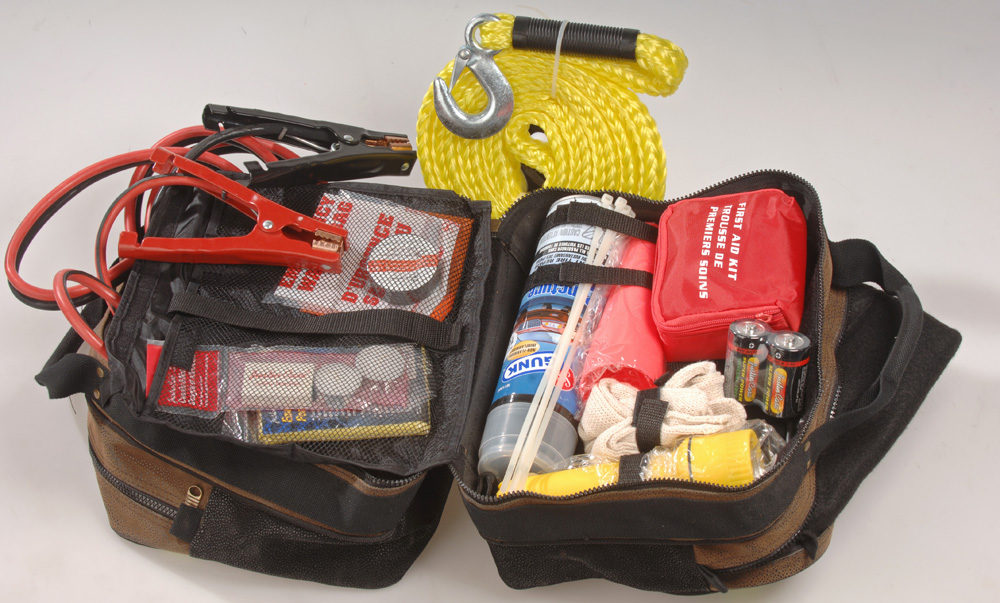 From within a rugged satchel l didn’t dare call a “murse,” Shaun withdrew an arsenal of survival gear:

∙at least one litre of water

∙a couple of flashlights (consider headlamps for hands-free use) plus extra batteries (and how about a small, windup, light/radio unit?)

“These are all items to make your situation more bearable” said Shaun, but the trunk of your car should always have:

∙a SOL emergency Bivvy bag for each person in your car

My contribution to our venture consisted of a fully loaded Volvo XC60 AWD vehicle complete with just about every safety feature known to mankind, a full tank of gas and two large coffees.The first rule of thumb when stranded is to never leave the vehicle. Not only does it offer protection from exposure, it?s much easier to spot than a moving person.

Tucked into a valley between a wall of snowbanks, we?re just starting to realize the seriousness of our venture. The importance of having a full tank of gas is really driven home, since periodically starting the engine will go a long way toward keeping the vehicle warm.

But we’ve used up about half, preparing ourselves for this experiment and driving to where we?ve become stranded. So since we?ve got less than half a tank, we decide to run the engine only when absolutely necessary ? occasionally cracking open a window to ward off carbon monoxide buildup and help circulate fresh air.

It’s a testament to the Volvo?s level of insulation that we’re just now starting to get seriously cold. While outside the temperature has dropped to minus 20, it?s only minus 10 inside the vehicle. But it feels colder.

Shaun reaches into his satchel and pulls out two nylon pouches not much larger than a grapefruit. ?These are Bivouac, or ?bivvy? bags,? he says. ?They?ll help us conserve body heat and avoid hypothermia.?

After several minutes of fumbling and swearing, we?re both encased, head to toe, in crinkly orange plastic sacs with silver linings.

By now, my sense of adventure has started to wilt. I’m itchy and uncomfortable, and will soon need to visit a snowbank ? which turns out to be a clumsy and shockingly chilly process I’m not too eager to revisit.

In the dark and creeping gloom, our cooling Volvo has started to feel less like a safe haven and more like an icy crypt. Shaun?s next trick is to create a makeshift lantern using an empty pop can and a tea candle. Not only does this help to retain what little heat remains in the cabin, its cheery orange flame offers a huge morale boost.

If the Zombie Apocalypse ever comes to pass, I?ve decided Shaun is the first guy I want on my team. 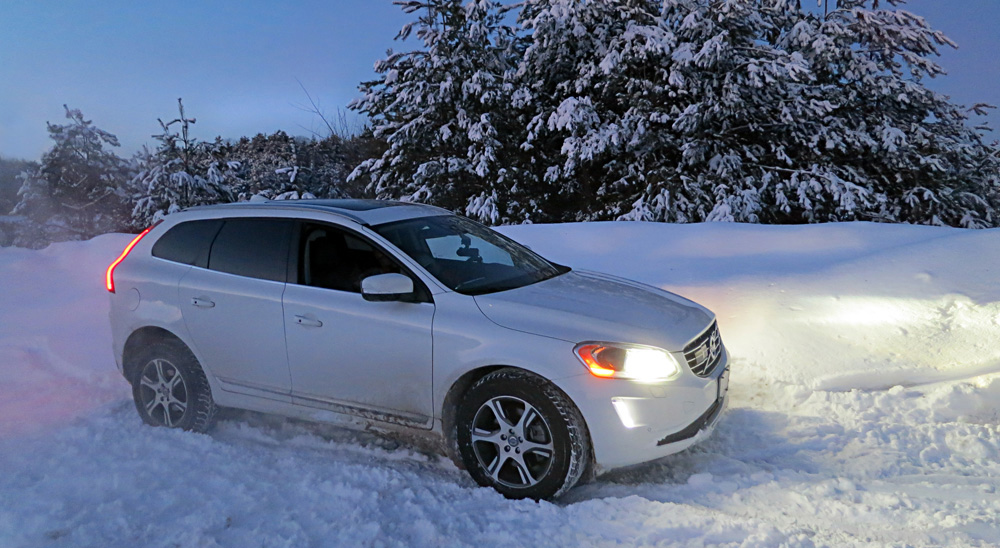 ON THE ALERT FOR HYPOTHERMIA

We’re trying to remain vigilant for signs of hypothermia, which sets in when the body?s temperature dips from its normal 98.6 F to below 95. Shivering, clumsiness, slurred speech and impaired decision-making are all symptoms of moderate to severe hypothermia. We’re not quite sure if our punch-drunk giggles and inability to enunciate are the onset of hypothermia, or sleep-deprivation and frozen lips.

Despite all my layers and the heat-conserving bivvy-bag, my feet feel like two blocks of ice. The body will reduce blood flow to the outer extremities in order to maintain core heat. Warming up frozen limbs can be extremely dangerous as the cold, recirculating blood can cause the heart to fail.

Clearly, my nylon blend thermal socks aren’t cutting it. Again to the rescue, ?Survivor Man? Shaun pulls out a pair of heavy duty pure wool socks and urges me to put them on.

It’s now midnight and we’ve been sitting in the front seats of the Volvo, alternating between watching the tea lamp and trying to identify constellations? for well over eight hours.

When the tea light sputters out, we decide we should at least try to get some sleep.

“Challenging” describes the process of climbing into a compact mummy bag while fully encased in orange, crinkly plastic ? but there was no way I was leaving its confines.

With the chill creeping through any surface the body came in contact with, it was hard to be comfortable. But at this point, comfort was a luxury? we were focused on survival. Although we both drifted off into fitful sleep, any movement let the bitter cold in through the drawstrings of our mummy bags, whereupon we?d shiver ourselves awake.

At 3 a.m., I was barely aware of Shaun climbing into the front seat to run the car for 15 minutes. Hissing an expletive, he showed me his cellphone, which displayed a cozy fireplace photo emailed to him by his girlfriend.

Pulling my toque down over my eyes, I drew the mummy bag in around the tip of my nose.

I think we were almost surprised the next morning to find we?d actually made it through the night. Horribly stiff and sore, we clambered out of that bloody Volvo to stand blinking in the early morning sunlight. It may not have been pleasant, but we?d survived.

In retrospect, we really should have been less heroic and run the car more often. We waited far too long to use the bivvy bags, lost more body heat than we needed to and were probably both suffering from mild hypothermia. Without those bivvy bags, we would have been in serious trouble.

Just a little preparation and a portion of your trunk space can mean the difference between a bit of discomfort and tragedy.

I’ve gained a new respect for our climate and ? thanks to Shaun ? an appreciation for how important it is to be prepared. Otherwise, I probably wouldn?t be here.