The pint-size M2 finally gets the engine it deserves.

There are those who find driving a chore. A task which must be endured, no more exciting than doing the laundry. For them, an automobile is nothing more than an appliance. BMW’s iconic M brand means nothing to them.

Then, there are those who have a passion for driving. The high point of their day is hitting the apex of their favourite highway on-ramp perfectly. A late night trip to the convenience store is a thrill, simply because they are behind the wheel again. These are the people for whom M exists.

For the casual enthusiast, the still confusingly named M3/M4 sedan and coupe are the pinnacle of the M arm of BMW, but there is a secret that only serious fans know. The baby brother, known as the M2, is the hothead of the family and that fire is about to burn even brighter.

For the 2019 model year, BMW has axed the M2 Coupe badge in favour of a racier sounding handle. It will now be known as the BMW M2 Competition. True to M form, there is more to fuel this change than just the name and some stickers.

The heart of the M2 Competition lies in the mother of all engine swaps. The already potent straight six, which generated 365 horsepower, has been tossed into the corner of the garage and replaced with a new unit derived from the one that powers the M3/M4. Now boasting a whopping 405 horsepower with an equally impressive 406 lb-ft the twin-turbo can be mated to a choice of two transmissions. The quickest shift comes with the 7-speed dual clutch unit, while those who take pleasure in rowing their own can opt for a 6-speed manual. 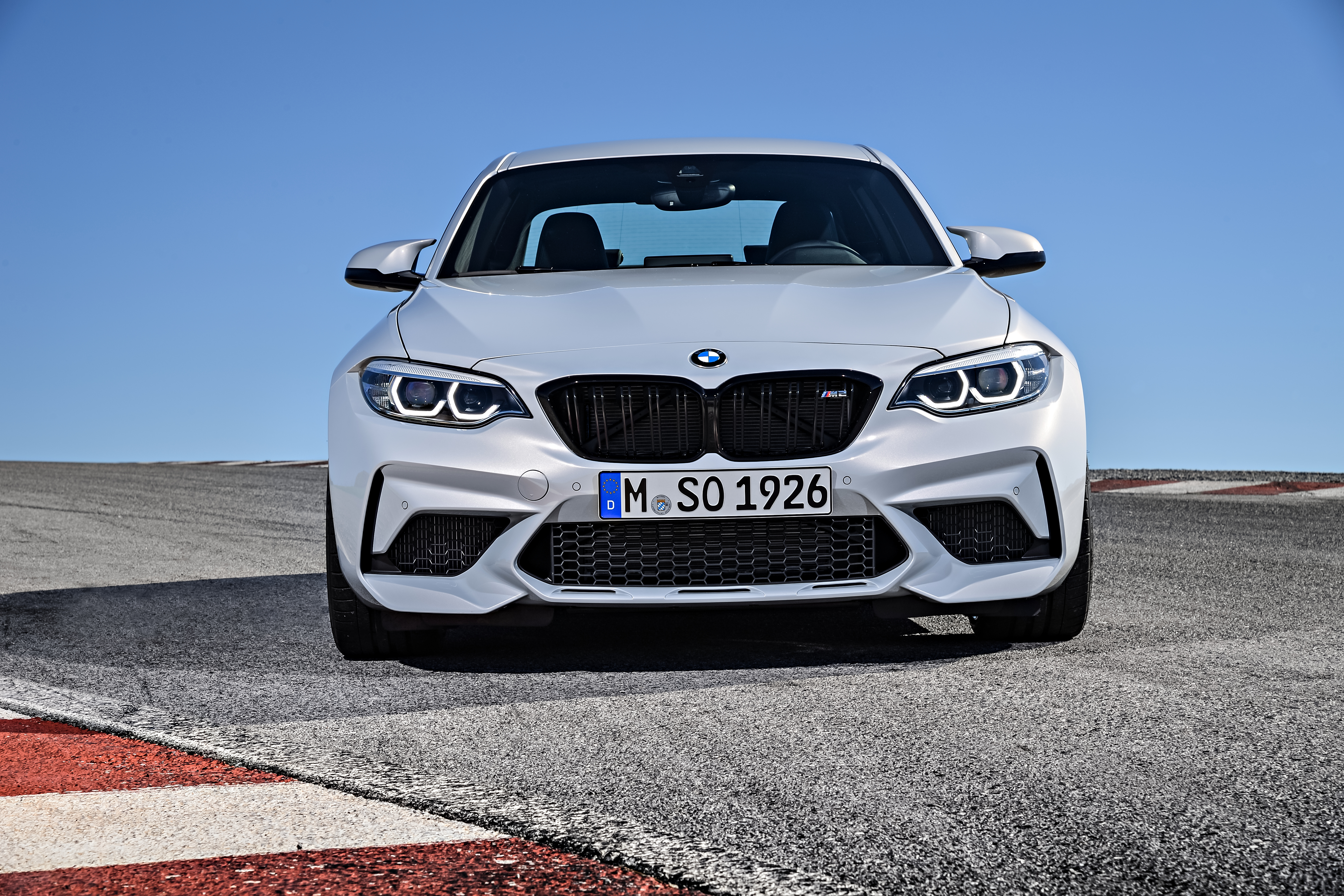 Exhaust gases escape via a dual exhaust system which exit via a quartet of black chrome tailpipes. A pair of electronically controlled flaps in allow the driver (and the neighbours) to experience the iconic wail of a straight six BMW.

As is often the case with German sports cars, the M2 Competition has a top speed which is limited to 240 km/h. Speed seekers can rejoice however that the optional M Driver’s package bumps that number to 280 km/h.

To cope with the extra pace generated by the new drivetrain, a new braking package has been developed via the competition world. The new M Sport system features massive 400 mm (15.7”) front discs with 6 piston fixed calipers up front. The rear axle sports 380 mm discs and four piston calipers, the same size as the fronts on the outgoing model. Gone are the blue painted calipers, being replaced with less flashy grey paint.

The front end has been stiffened to improve handling with the installation of a new carbon fibre strut tower brace sourced from the M3/M4 which also happens to be visually stunning while weighing just 1.5 kilos. The M3/M4 parts bin was also raided for aluminum front and rear axles, while all new forged aluminum control arms have been employed.

The car’s Dynamic Stability Control and Active M Differential have been tweaked to improve stability in slippery conditions and improve off the line performance, but there is only one line in the press release which really matters to many of today’s enthusiasts. The system now ensures that “that traction is not interrupted during drifts”.

On the inside, M Sport seats and the expected M badging are the big changes.

The BMW M2 Competition will be arriving in Canadian dealers later this Summer, with pricing becoming available closer to the launch. 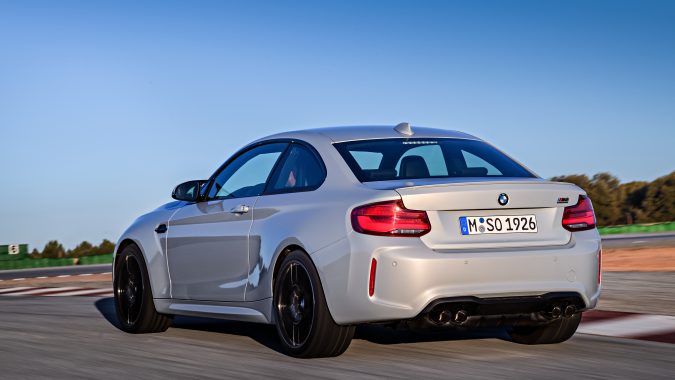 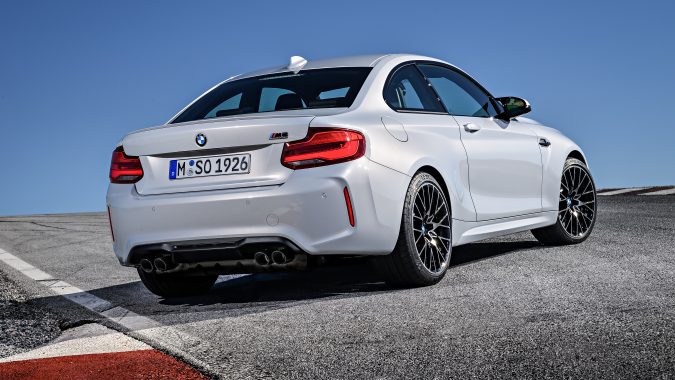 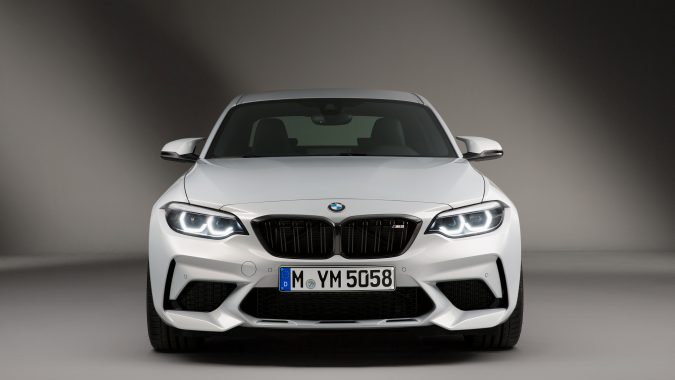 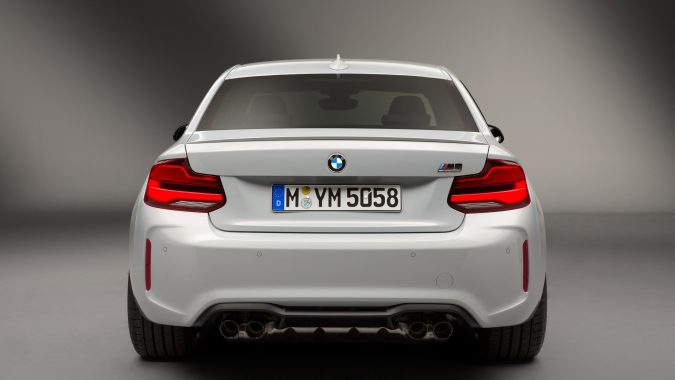 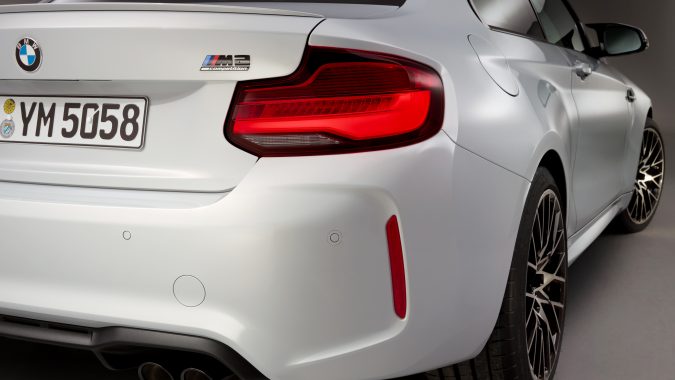 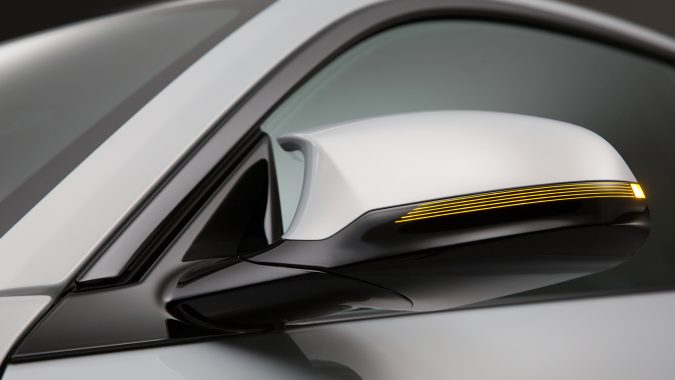 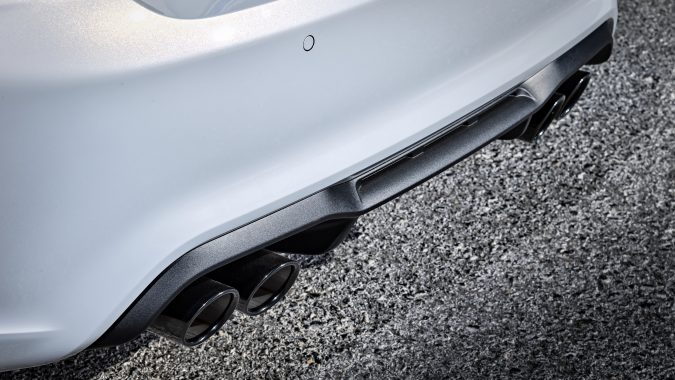 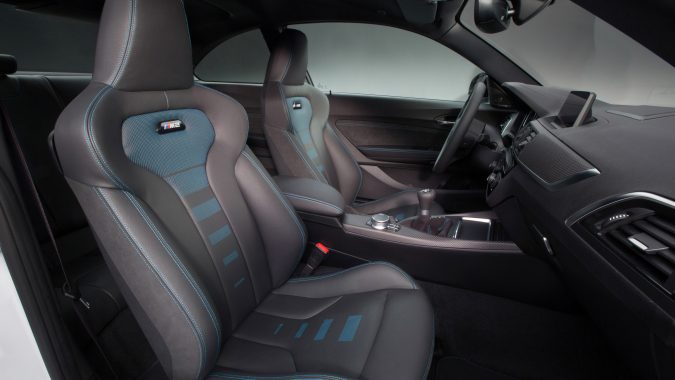 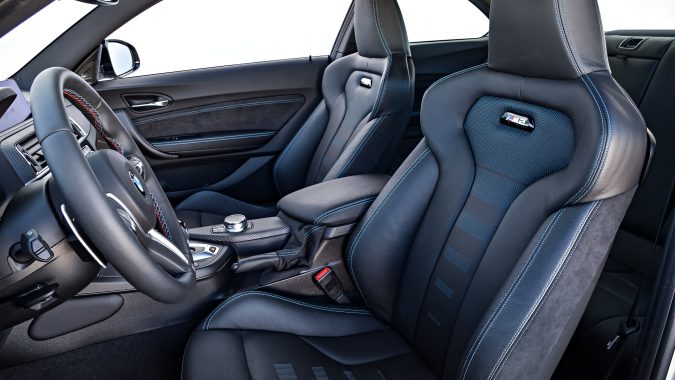 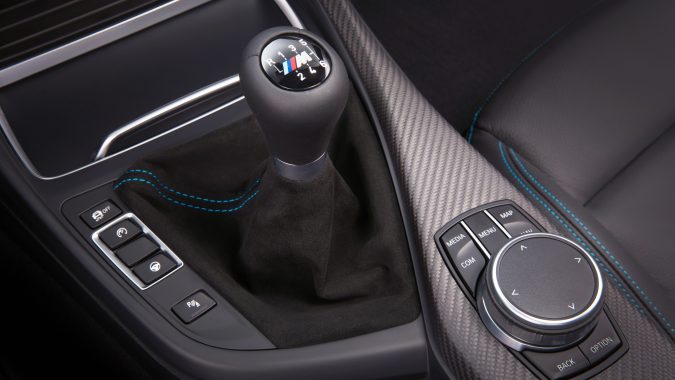 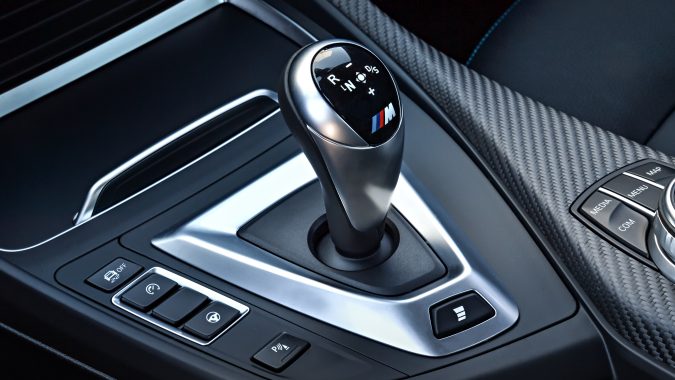 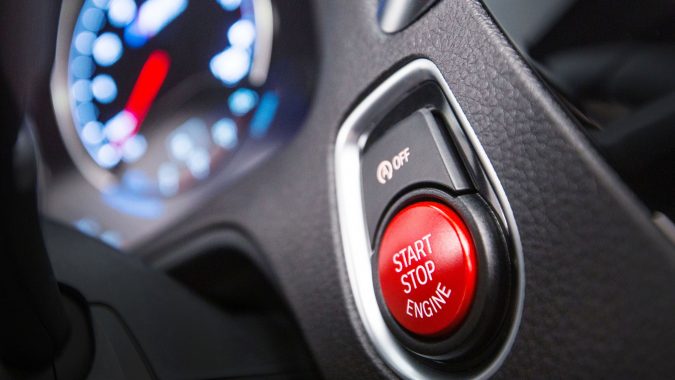 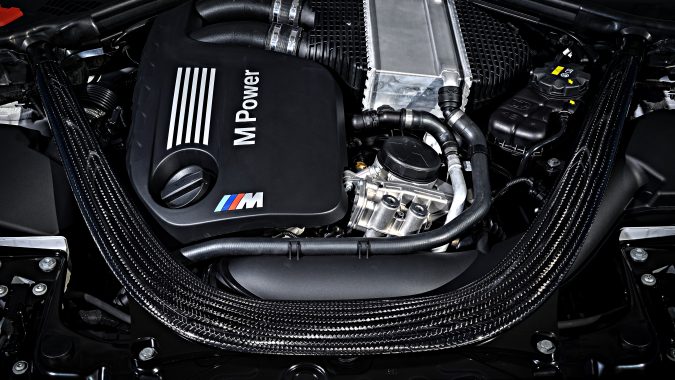