Over the past year, I’ve travelled near and far to provide information about Porsche automobiles for Toronto Star – Wheels readers.

A year ago June, for instance, I flew to the Deer Lake-Corner Brook region of northwestern Newfoundland to introduce y’all to the 2019 Porsche Macan S, a five-door compact crossover SUV. Everything about that trip was wonderful — the car, the scenery and the people. If you’ve never been to Newfoundland, go (after we get the coronavirus “all clear,” of course).

In August that same year, off to Scotland I went to drive a 2020 Porsche 718 Spyder through the countryside and a 2020 718 Cayman GT4 around the Knockhill Racing Circuit, where I had the pleasure of chasing, at speed, ex-Formula One driver Mark Webber (who could have left me in his dust if he’d wanted to but, being a most polite fellow, let me stay in touch).

And then there was September and the world’s first all-electric sports car, the Porsche Taycan Turbo and Turbo S, which was introduced in stages — Atlanta, Niagara Falls and Copenhagen, Denmark. Co-driver Michael Bettencourt and I flew (not quite, but you know what I mean) into Germany along an Autobahn, where we hit a top speed of a little over 265 km/h (165 mph) after using the launch control to take us from zero to 100 km/h in 2.8 seconds.

All this seems like a million years ago. It’s what this pandemic does to a person — you lose track of time. 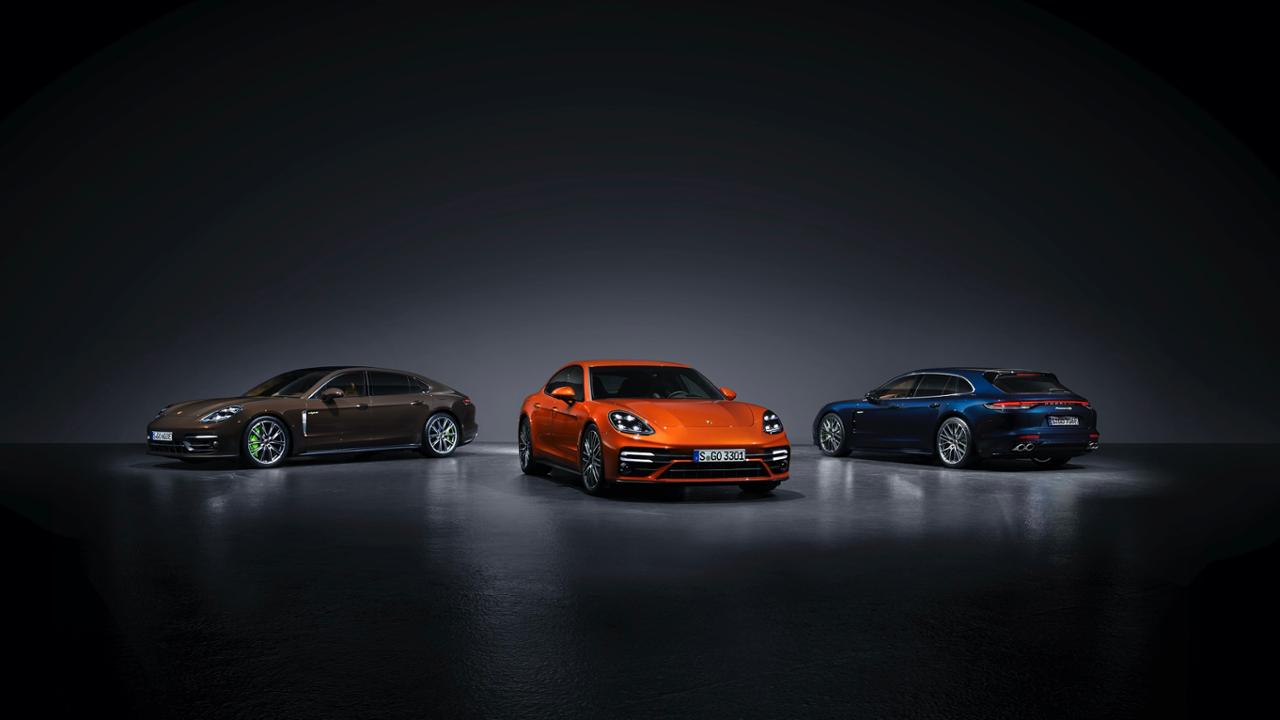 Meantime, I can tell that when Porsche talks about driving excitement and pleasure, they know of what they speak, and I have no doubt that everything they’re saying about this new Panamera is spot on.

Porsche is a luxury brand but its raison d’être is performance and speed and the two come together nicely in the new Panamera. For this unveiling, though, let’s concentrate on just two models — one with gorilla power and the other with green credentials. 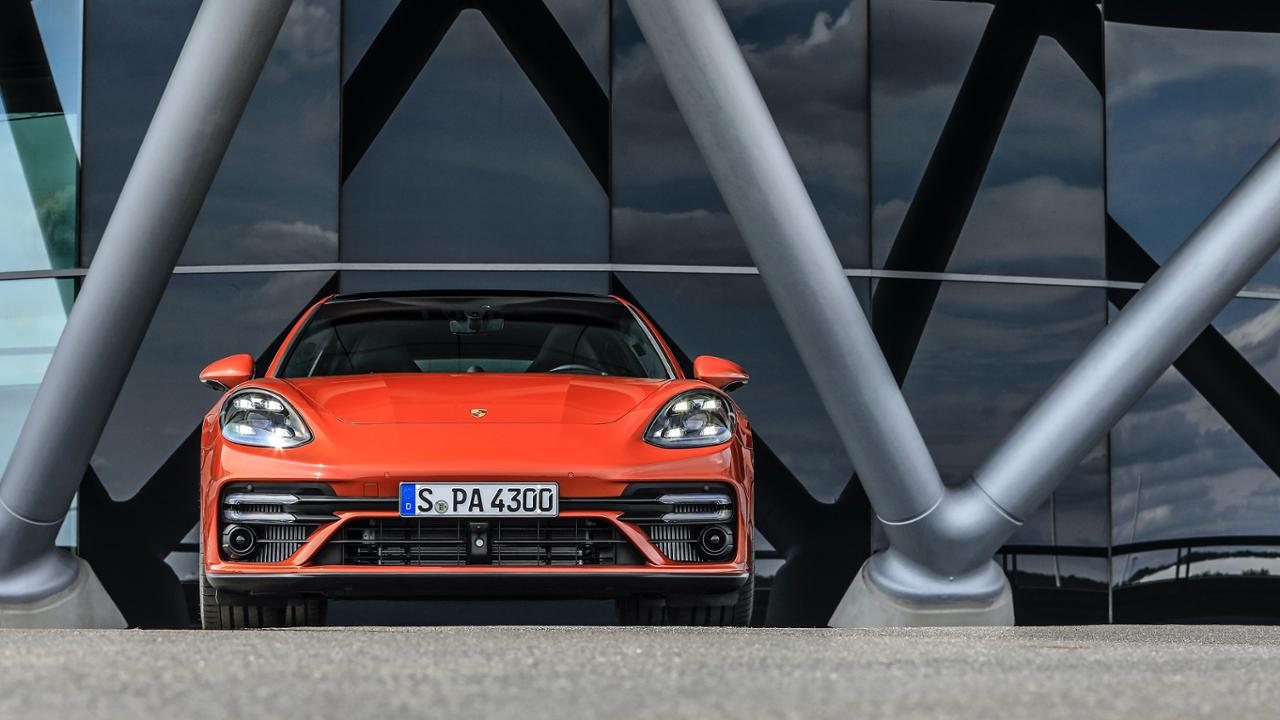 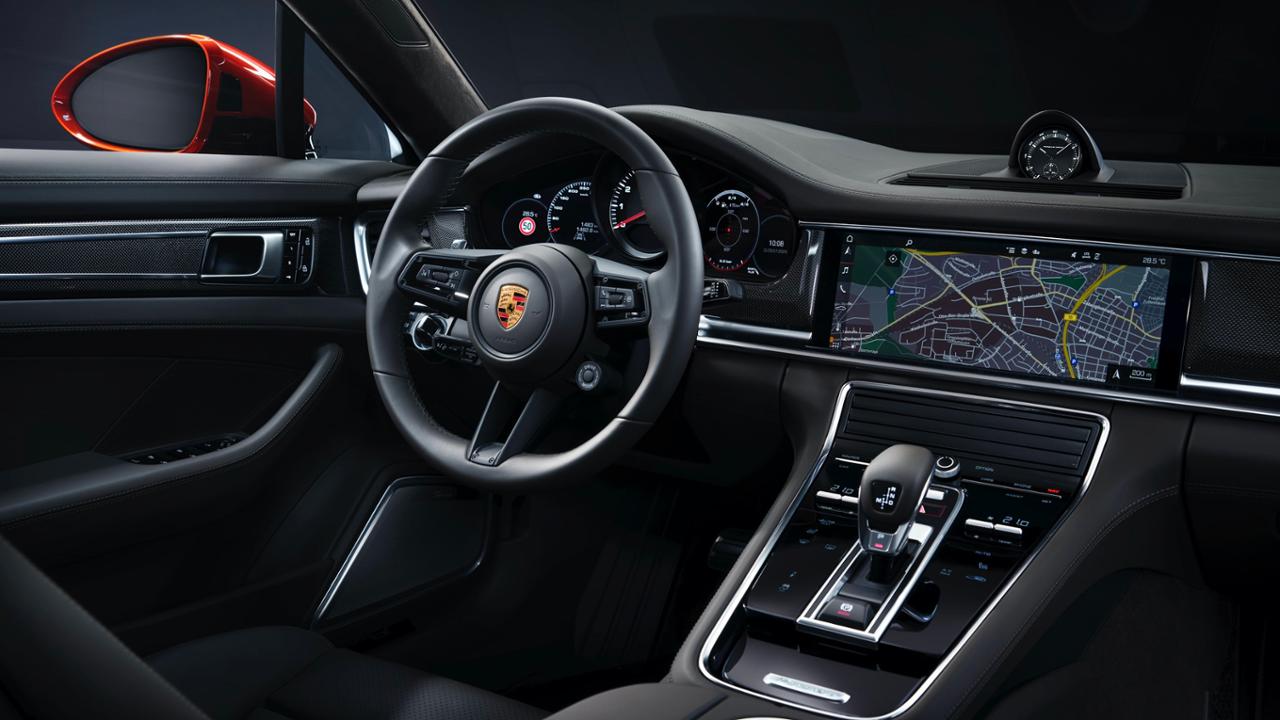 Pedal to the metal can then see the car top out at 315 km/h (196 mph), which means, like the Taycan Turbo S, you have to either be driving on an Autobahn in Germany of the back straight at Canadian Tire Motorsport Park to fully appreciate its get-up-and-go.

One driver who’s delighted with the car is Porsche test pilot Lars Kern, who did a lap — all 20.832 kilometres — of the famous Nurburgring Nordschleife circuit in 7:29.81. In so doing, he set a new official record for the “executive cars” class.

As Don Cherry would say, “Beauty.”

On the other hand, the 4S E-Hybrid is a plug-in. The battery capacity, though, has been increased from 14.1 to 17.9 kWh. So the 134 hp electric motor, when combined with an eight-speed, dual-clutch, PDK transmission and a 2.9-litre V-6 twin-turbo engine generates a system output of 552 hp and a maximum system torque of 553 lb.-ft. When launched, you can go from zero to 100 km/h in 3.7 seconds, which sure ain’t shabby. 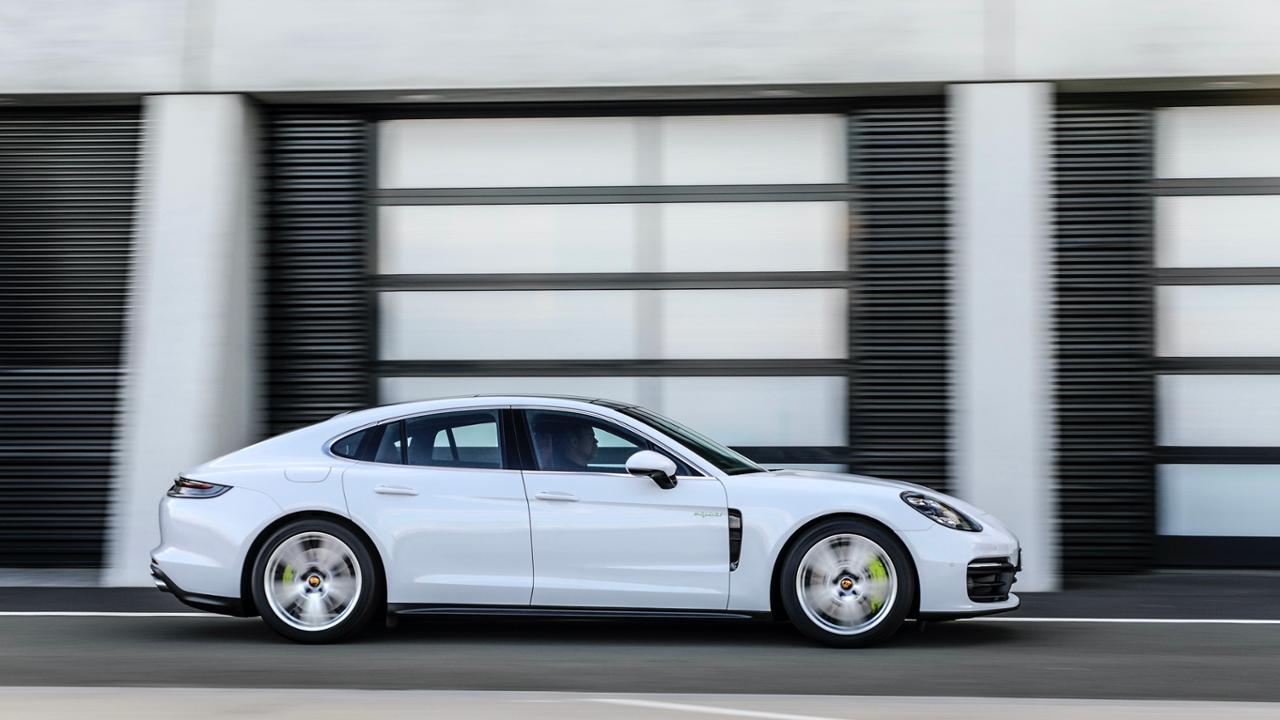 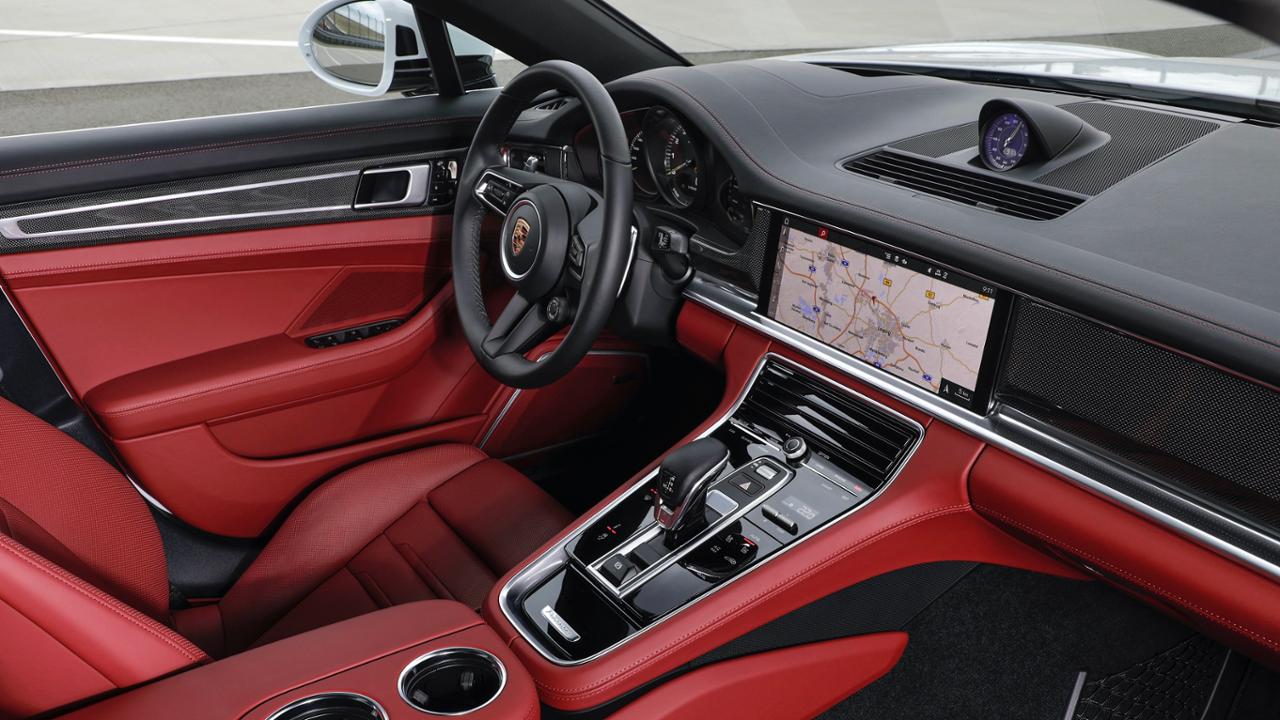 OK, so we know it’s fast. But how does it look?

The new Panamera models are now equipped with the Sport Design front end (previously optional) with enlarged air intake grilles, large side cooling openings, and a single-bar front light module. At the back end, the light strip now runs seamlessly over the trunk lid and connects with the newly designed LED tail-light cluster. Twenty and 21-inch wheels are now available.

In short, the Porsche Panamera looks good inside and out, rides well, goes fast and is up-to-date with driver aids and infotainment. Like the Porsches I drove all of last year, this car should satisfy.

If you place your order now, your new Panamera will be in your driveway in Q1 of two-one.

Porsche Canada president Marc Ouayoun held a virtual media conference Wednesday before the unveiling of the 2021 Panamera. Among the many things he said:

Ten years ago, Porsche sold 2,000 cars in Canada. Eight years ago, it was 3,000. Last year, they sold 9,000. Canada is the fifth single market in the world for Porsche. China is the biggest.

The main challenge for 2021 is uncertainty. Nobody knows what will happen — a vaccine, a second wave? The key is to remain flexible.

The charging infrastructure for EVs in Canada is insufficient. Home charging is working well; on-the-road charging is a concern. More outlets are needed for the peace-of-mind of Porsche customers and other EV users who have range anxiety.

A priority for 2021 will be the extension of a pilot project called Porsche Drive. “People seem to be focusing more on usage than on ownership so Porsche Drive is where you have a car for two weeks, then you switch to another, and so on. It’s a long-term subscription model; everything is included except fuel.” 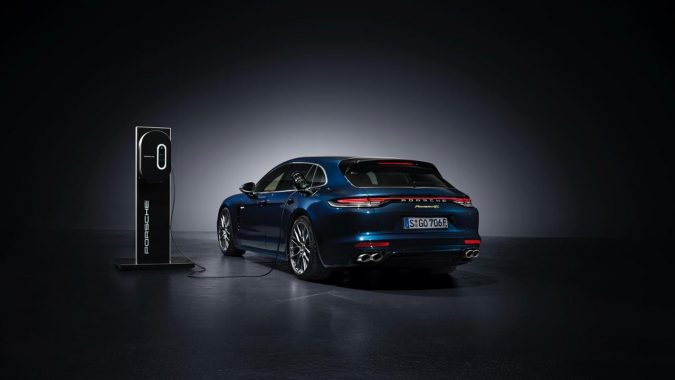 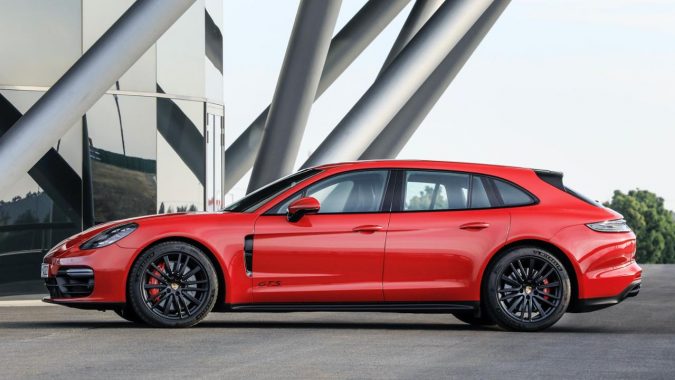 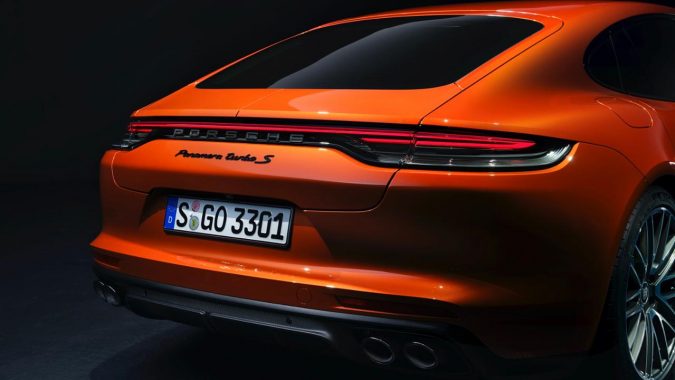 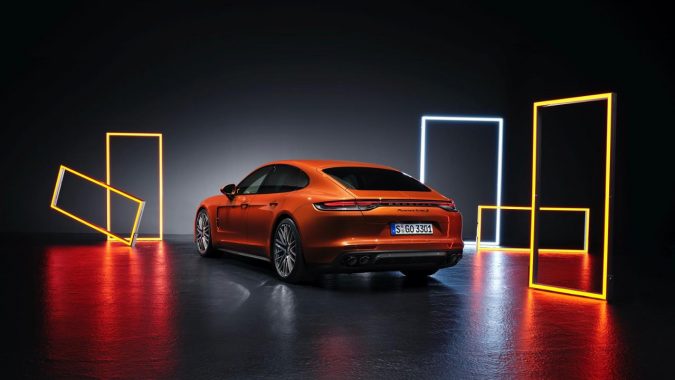 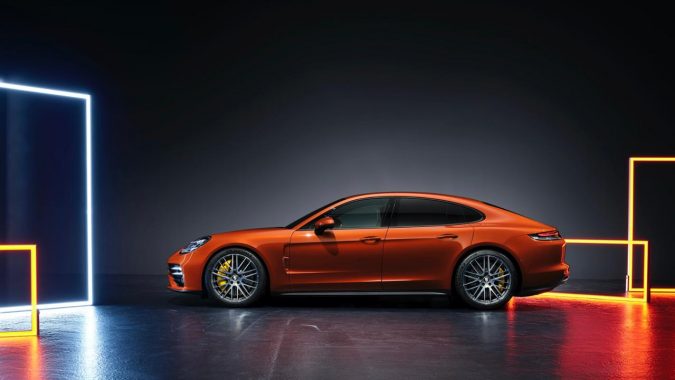 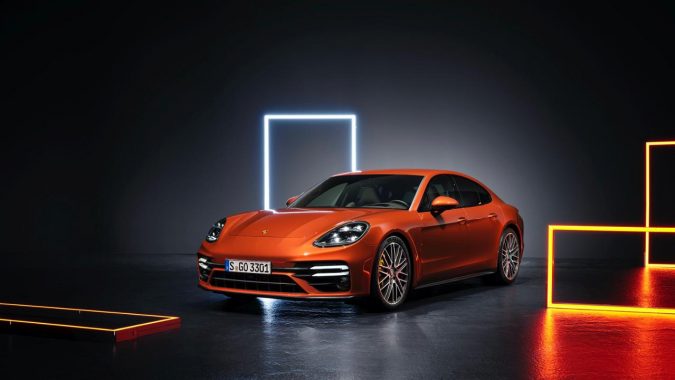 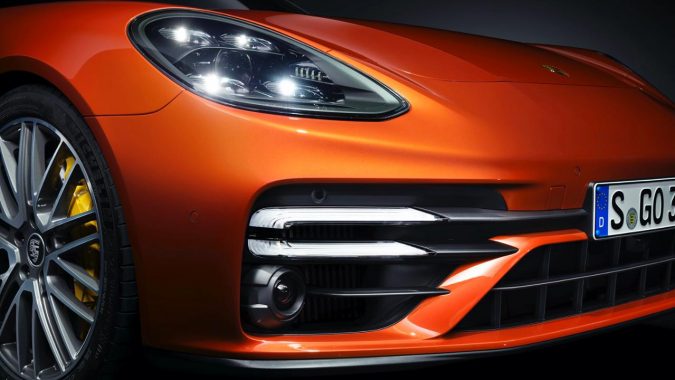 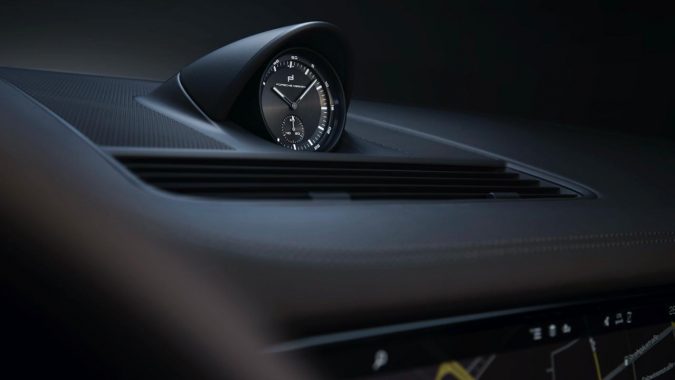 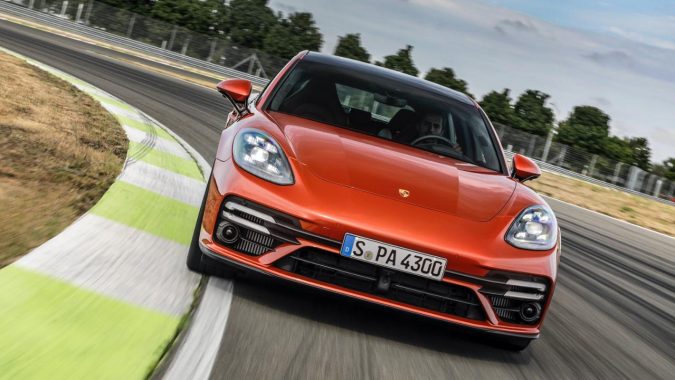 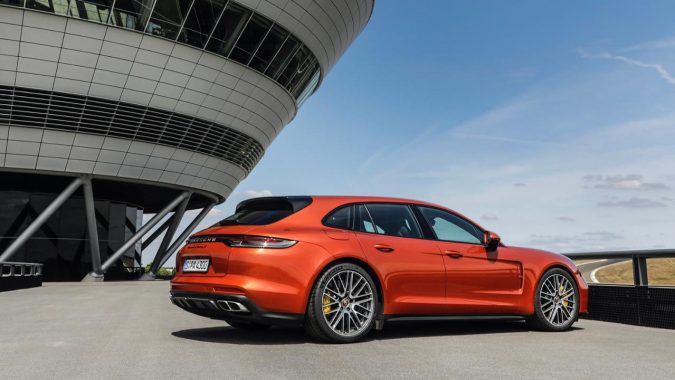