Special Autoshow Exhibit will take Showgoers back in Time

Back to the Future DeLorean and Trans-Am K.I.T.T. car from Knight Rider sure to be big hits.

The 2020 Canadian International AutoShow will feature a new exhibit with cars from the ‘80s and ‘90s, including two which are sure to be showstoppers: a replica of the DeLorean from the Back to The Future movies and a replica of a Pontiac Trans-Am K.I.T.T. from the television show Knight Rider.

The OBLIVION exhibit will feature eight cars, six of which were on display last year at the second annual OBLIVION ‘80s and ‘90s Culture Show, which took place at Ontario Place and featured 160 automobiles.

In its first year, OBLIVION had about 100 cars on display in a parking lot of an arena in Milton.  OBLIVION was started by Justin Sookraj, Ken Kapalowski and Marty Edwards. Sookraj said the move to Ontario Place happened because it is considered the most retro place in Canada.

“The name OBLIVION came from the fact the cars that we are featuring were destined for oblivion,” Sookraj said. “They were not celebrated in the same way and were not the coveted items of the previous generation – the muscle cars, etc. They were used and abused and thrown away, which was fashionable at the time. So when we have ones that survived, they trigger those memories of the past. When we see them again, they are a bit of anomaly because they weren’t supposed to be any more. 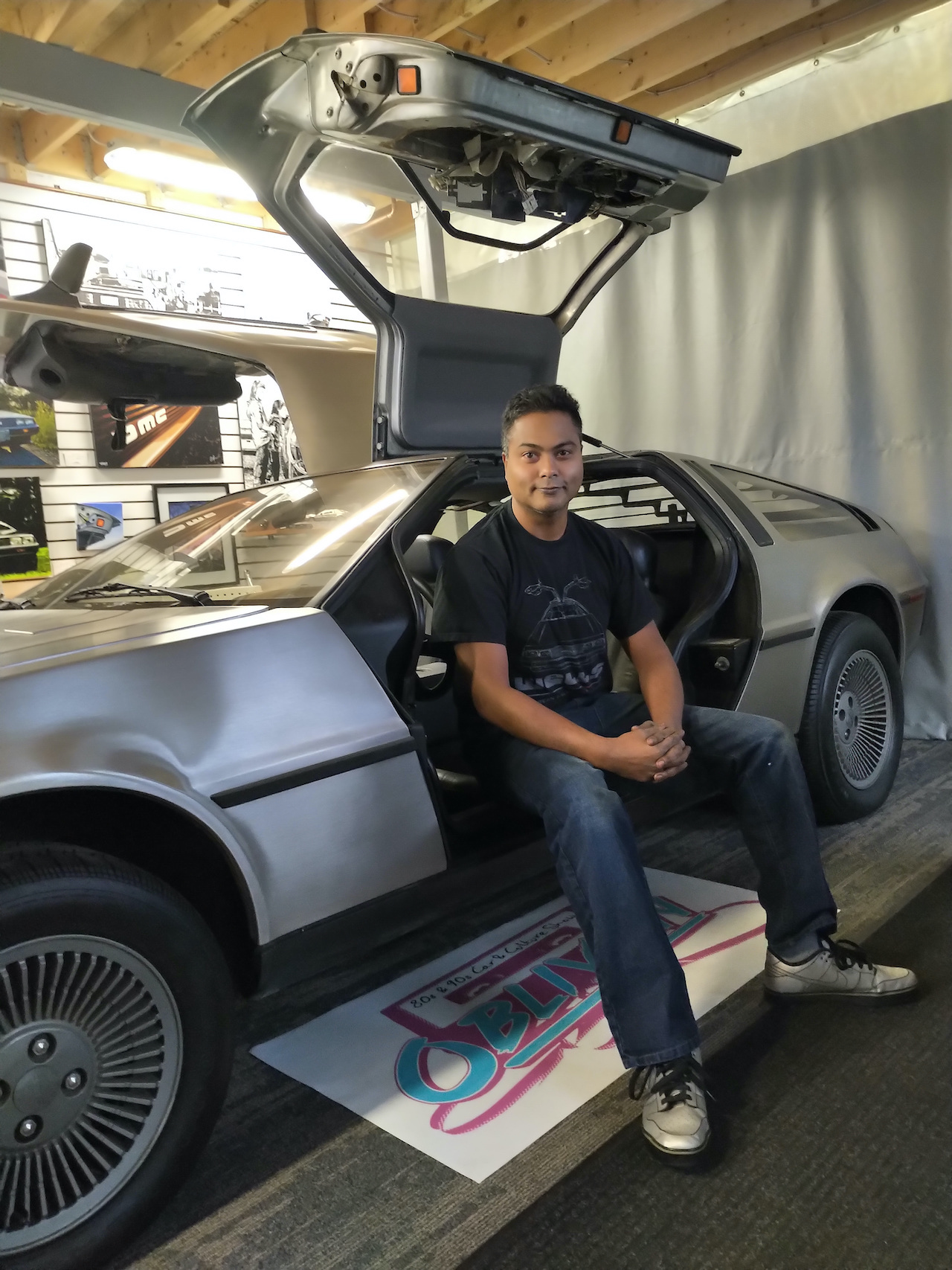 “People like myself never got rid of our cars. I still have the first car I bought and kept when I was 17 years old, a 1989 Acura Integra. This is not a Johnny-come-lately story of ‘it’s fashionable to like ‘80s and ‘90s cars.’ Some of us never left that era.

“OBLIVION is a congregation of cars, music, arcade machines, candy, collectables – it’s a bit of a lifestyle thing. We think people will want to see it because of time. People forget that time is linear and that nostalgia is linear. When people like myself turn 40, it means that our stuff from back in the day is important because it has the same memories the previous generation would have had at that age. The difference is, time moved on.

“Anybody who shows me collectables from the ‘60s and ‘70s, I have little relation to them as I wasn’t there. Show me something that I grew up with from the ‘80s and ‘90s and that has a value now, just like these cars.”

They are considered vintage collectables because that distinction starts 25 years after the car was first manufactured.

Sookraj owns Wells Auto Milton, the only business in Canada that services, restores and sells DeLoreans. Last year, Sookraj had a DeLorean just outside the Auto Exotica area on level 100 of the north building as a way to advertise his business.

“We felt it was the right time because we found out the car we had in inventory was the car that was actually at the Toronto AutoShow in 1983 – the last time a DeLorean was at the AutoShow,” Sookraj said.

“We weren’t there to sell a car. We were there to look for people who have the cars or hear rumours of (available) cars. That’s how we grow in Canada, finding people who didn’t know about us. Awareness was why we there.”

It only took two days for someone to buy the car. 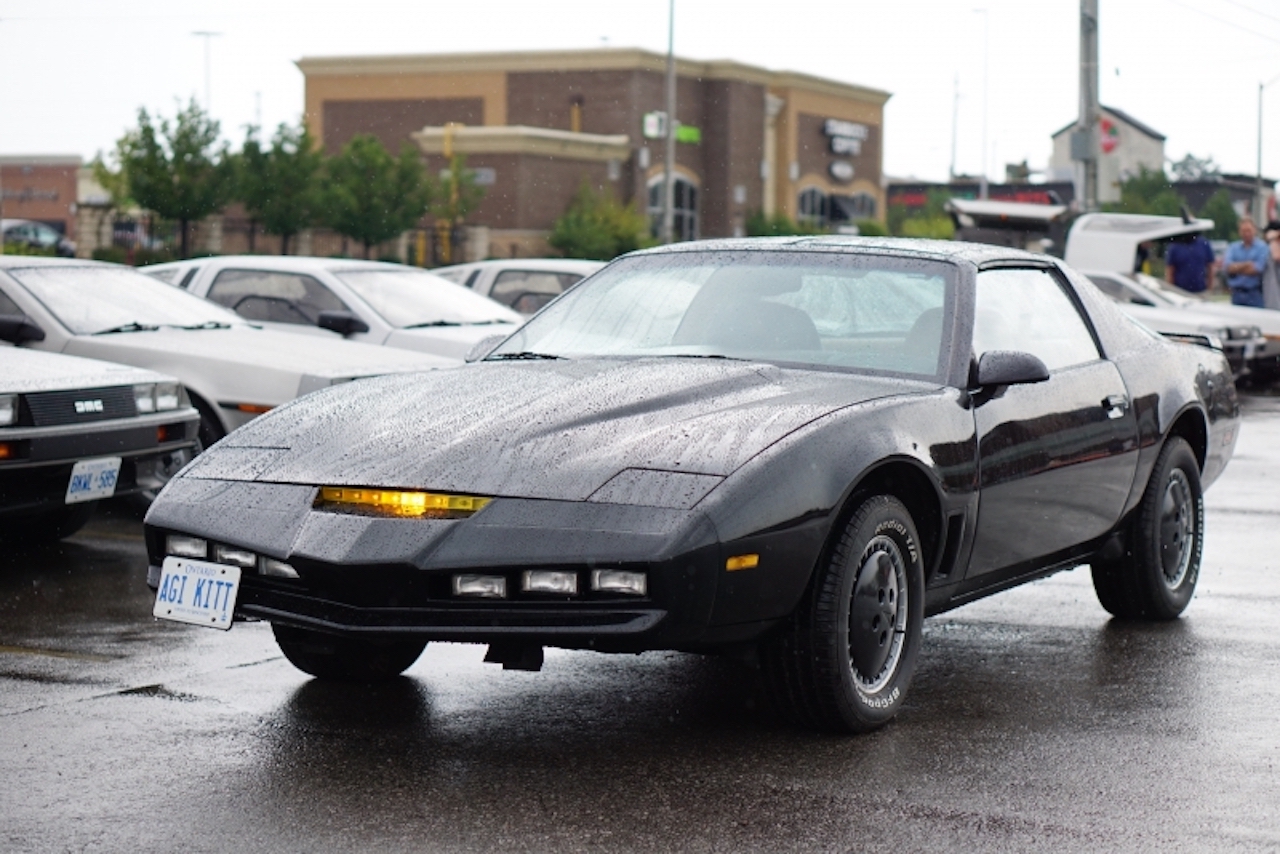 In addition to the Time Machine and K.I.T.T. cars, the other six cars on display at OBLIVION include a Subaru Brat, VW Jetta, Jeep Wagoneer, IROC Camaro and an Integra Type R. A car from an online contest will be chosen to also be part of the exhibit, which takes place in the South Building, Level 700.

“Ken’s car is (part of the exhibit) because when you think about going back in time – anything about the ‘80s – you generally think about the Time Machine,” Sookraj said.

The Knight Rider car is owned by Agi Pinter Krzikawski, a member of Kapalowski’s Mississauga-based club called Hollywood On Wheels, which has replica movie and TV cars that are rented out for events.

“The Time Machine is always popular, it kind of goes with our whole theme. But K.I.T.T. has also beat out the Time Machine at certain car shows,” Sookraj said.

By Perry Lefko / Special to wheels.ca