Barrett-Jackson, billed as The World's Greatest Collector Car Auction, kicked off its 46th year by breaking more than 40 vehicle auction sales records at its first event of 2017

A total of 1,719 vehicles were consigned at the event, the most at a single auction in the company’s history. Vehicle sales totalled approximately $100 million … and that doesn’t count my personal spending on barbecued jumbo turkey legs at the concession stands (hey, they’re mouth-wateringly tasty!). Official estimates put attendance at over 300,000 people during the week-long event, most of whom packed the auction theatre on Friday and Saturday for a glimpse of various celebrities and entertainment personalities in the audience.

“This year’s Scottsdale auction was a tremendous success,” said Craig Jackson, chairman and CEO of Barrett-Jackson, in a prepared statement. “Despite the rain and colder temperatures, we had a phenomenal turnout, set 40 world auction sales records and sold more than 1,800 pieces of authentic automobilia. This year’s entertainment factor was through the roof. From Steven Tyler and Justin Bieber to Floyd Mayweather and Bubba Watson, there was no shortage of entertainment and full-throttle excitement.” 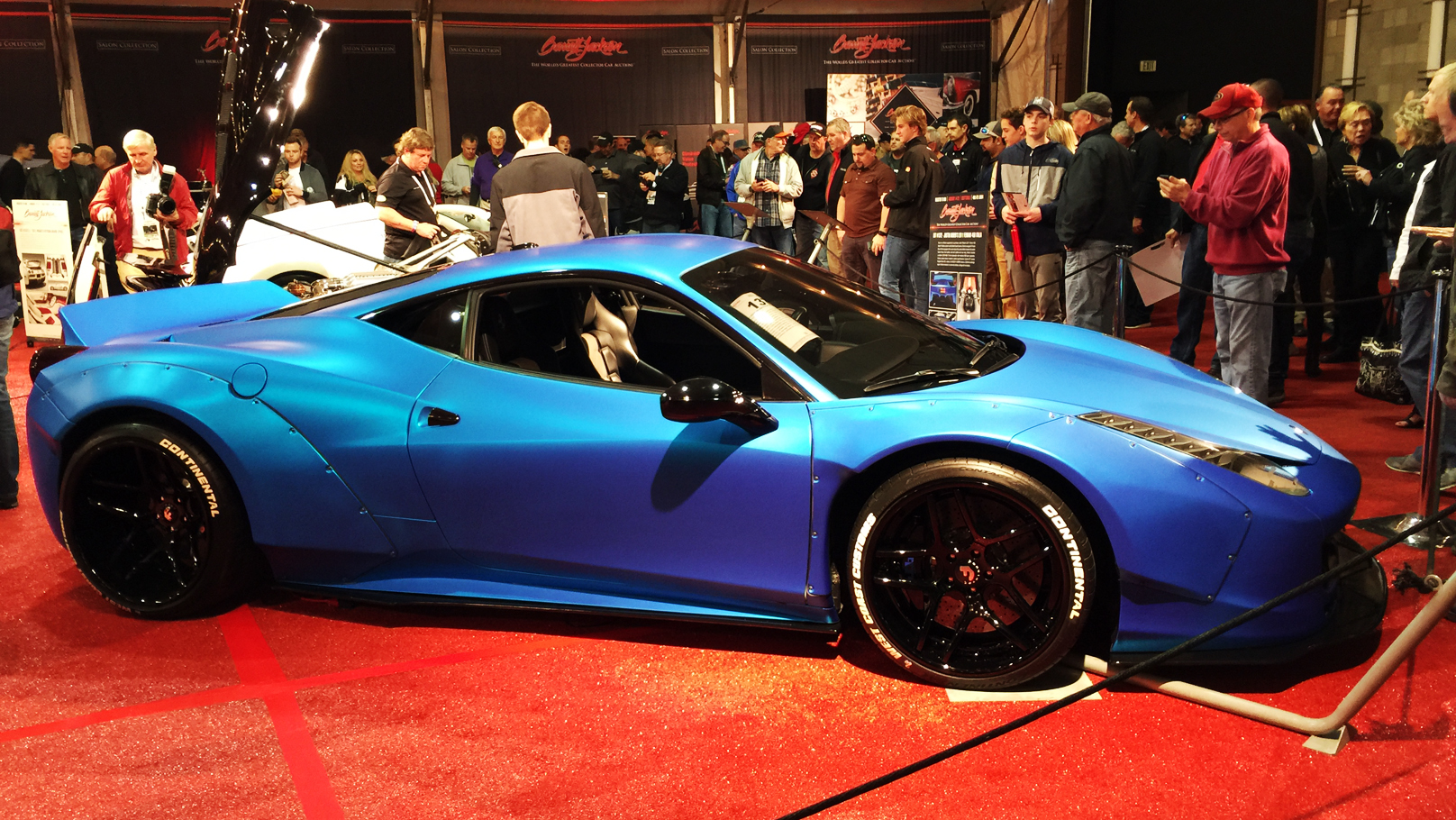 The electric atmosphere was a truly a thing to behold.

On Saturday night, the evening when most of the big money cars were hitting the auction block, I spent time out in the staging lanes, an area of real estate where cars rest just before driving to the auction theatre. Handlers were busily preparing Lot #1345, a 1972 Plymouth Barracuda Funny Car once raced by hall-of-famer Don Prudhomme. Its engine roared like Barry White eating wasps and its exhaust, tinged with nitromethane, burned our noses. After it left the staging area, we were all high-fiving each other, strangers bound by the mutual love of cars. The last two rock concerts I attended had nothing on it. We were all giddy with excitement, although that may have been the nitromethane fumes talking.

After it left the staging area, we were all high-fiving each other, strangers bound by the mutual love of cars.

Naturally, cars such as these with hero associations command a premium over their more mundane brethren. For example, a ’78 Trans Am (Lot #1401) owned by Burt Reynolds himself sold for $275,000, allowing its new owner to indulge in all manner of Smokey and the Bandit fantasies. Compare that to a visually similar ’77 Trans Am (Lot #214) which, absent of any such provenance, sold for a more earthly $46,200.

This should come as no surprise to anyone with a pulse: any sort of item – car, truck, or sandwich – with a celebrity connection is likely to hoover one’s wallet of more dollar bills than a proletarian example. Values of some vehicles, such as air-cooled Porsche 911s, remain firmly in the stratosphere, but some “Holy Grail” cars like a 1960 Ferrari 250 SWB Spider, actually went unsold at other auctions being held in Scottsdale at the same time as Barrett-Jackson. 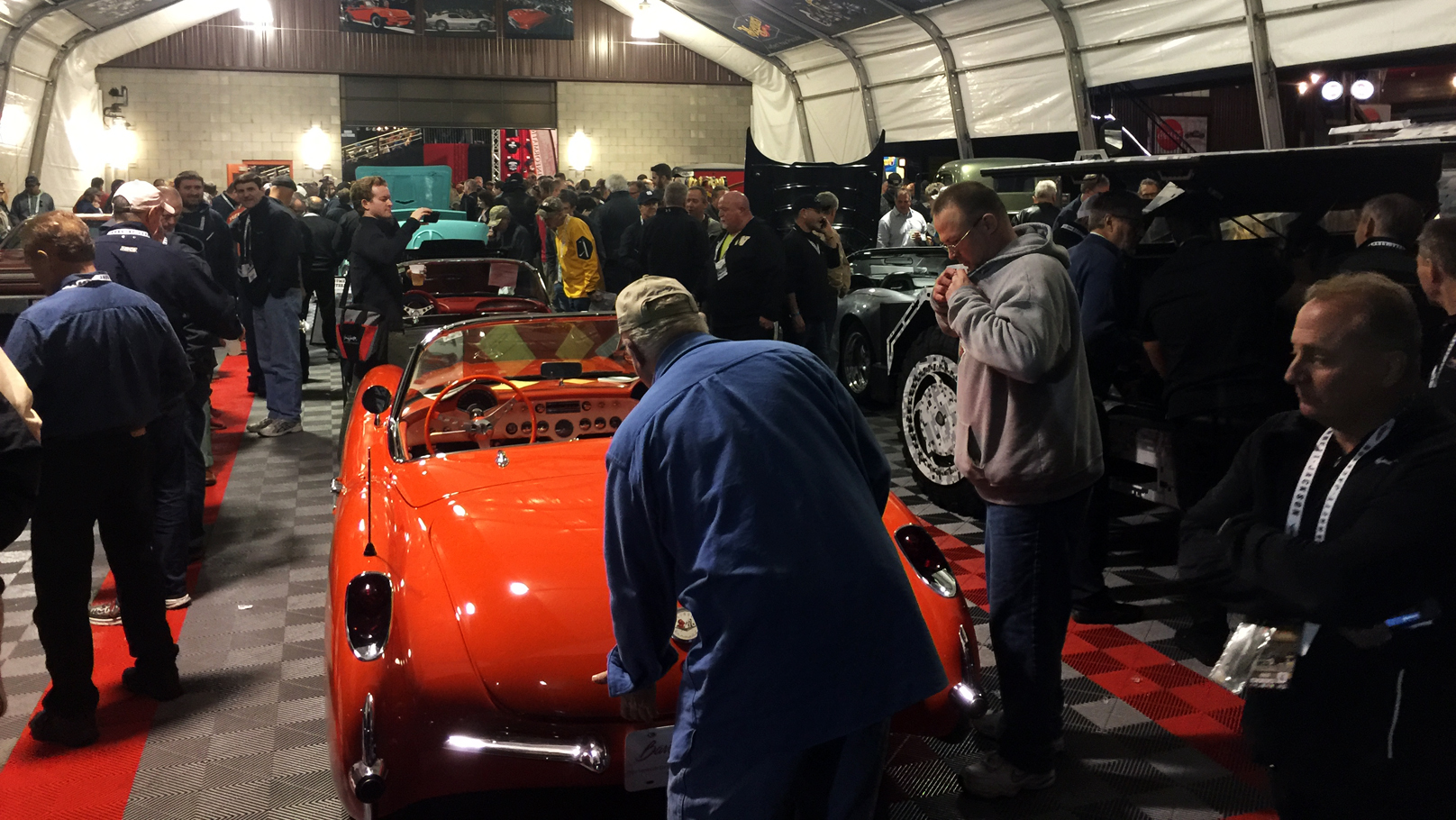 The reason? Well, In the example of the aforementioned Fezza, there’s a good chance there are fewer speculators and investors the audience these days. In the not too distant past, auction theatres were awash with deep-pocketed folks who saw the Holy Grail cars as vehicles of investment rather than vehicles of transportation. In their quest to seek out a profitable return on investment, they arguably drove up prices in other corners of the market.

Nevertheless, this gearhead heartily endorses the idea of sinking one’s RRSP into a classic car. After all, if one buys the right vehicle, it’s entirely possible to sell it for a similar rate of return in ten years. At that time, one will not only enjoy the extra money but they’ll also have had a classic car in which to cruise for a decade. Plus, it’s awfully difficult to do a smoky burnout with a bank statement. Decisions such as these is why my accountant mercilessly yells at me on a regular basis, so I implore readers not to take any of the financial advice being dispensed here. 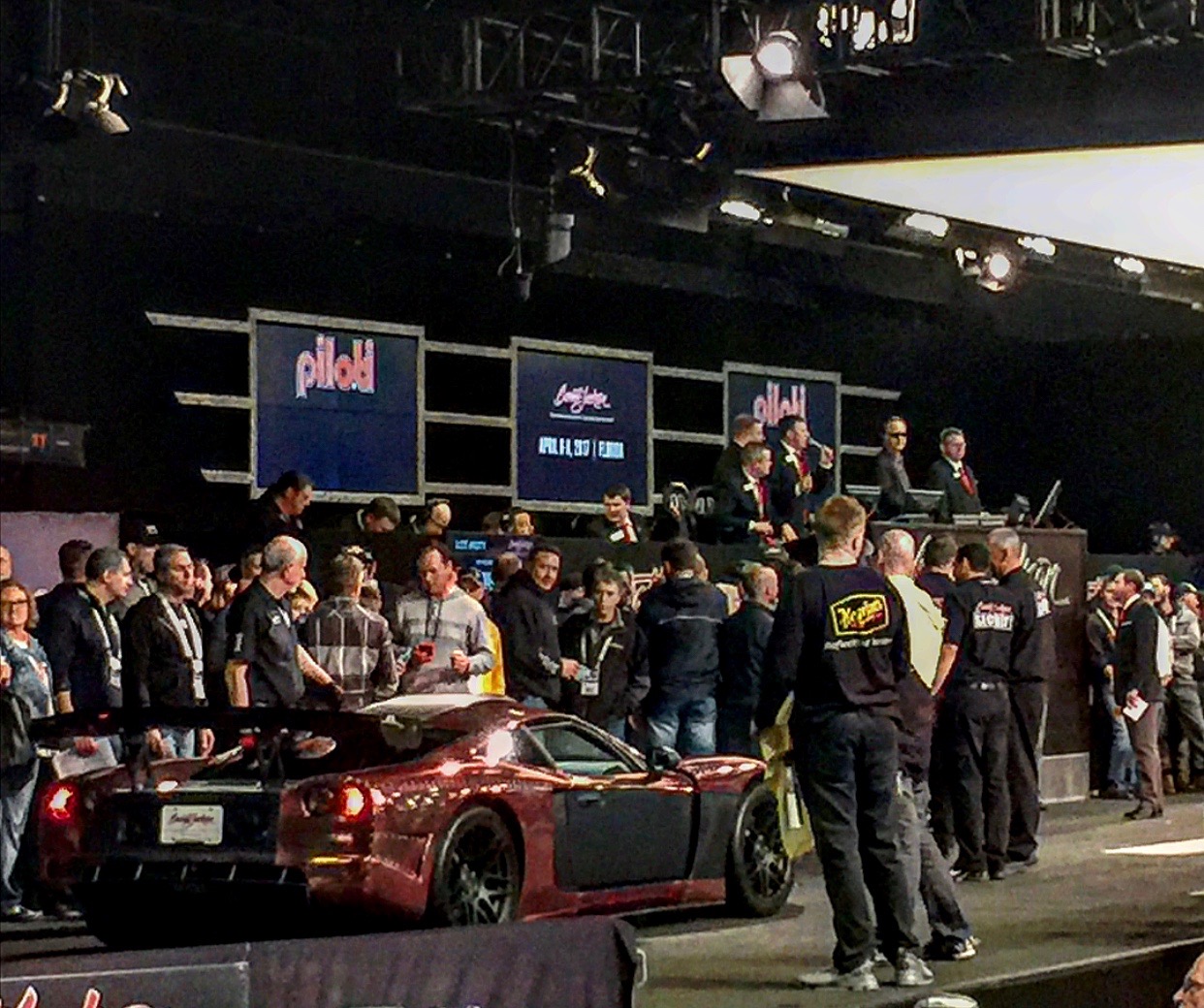 With that in mind, what models do you think are going to skyrocket in value over the next few years? We’re already seeing a massive rise in sales prices of Fox-body Ford Mustangs, particularly the 87-93 body styles. At Barrett-Jackson this year, a relatively plain-jane 1989 Mustang LX Hatchback (Lot #400.3) with 638 actual miles sold for a whopping $71,500. It’s original selling price twenty-eight years ago was about $25,000 in inflation-adjusted dollars.

A limited-edition 1990 Mustang LX Convertible (Lot #400.5), originally created for an ill-fated 7-Up promotion, hammered away to its new owner for a jaw-dropping $82,500. While it is true this particular example still had plastic on the seats and rare promotional 7-Up gear in the trunk, a near six figure price for a Fox-body Mustang is nothing short of remarkable.

This author suddenly feels a pang of remorse for abusing the drivetrains of tattered examples during his misspent youth. Perhaps the relative scarcity (compared to total production numbers) of all-original and clean ’87-’93 Mustangs are helping to boost transaction prices. Logically, then, my clutch-destroying donuts of twenty years ago have contributed to today’s valuations. Yes. That’s it.

In the next few years, watch for metal like the FD-generation Mazda RX-7 (especially five-speed versions) and the twin-turbo A80 Toyota Supra start to command big money as the Playstation generation comes of age and find themselves in adulthood with a bit of disposable cash. Classic car insurance giant Hagerty predicts that 2017 will be the year in which the millenial market will surpass the baby-boomer market, so be sure to hang onto that 2001 Acura Integra Type R for a few years yet.

You may like: Can a car be a good investment ? These 6 keep rising in value.

Wherever the market goes, you can be sure that Barrett-Jackson and the other auctions in Scottsdale will be right there for the ride. If you have the chance to attend, do it. The hot cars and party atmosphere make it a bucket list event for any gearhead.

And if you end up buying something while you’re there, your accountant might not like it too much … but your right foot sure will be happy.