A range of 650 km is expected on a tank of hydrogen.

TOKYO, JAPAN – As cool and advanced as the Toyota Mirai is on the technological front, all hydrogen-powered and 21st century, it never really was a looker. Well, that’s not exactly true—it had a distinctive look to it, but it was one that screamed “I’m weirdly-powered! Be afraid!.” But, Toyota produced it nonetheless and actually brought it for sale in Canada after its US-only release.

That was then, though; this is now, and the Mirai has graduated to an entirely new level on the stylistic front, one that’s a far sight more luxurious and…conforming? A bit of a strong word, perhaps, but there’s no denying that the 2021 Mirai’s swoopy almost hatch-like roofline is reminiscent of things we’ve been seeing from Audi, Kia, and Genesis for a couple of years now.

Which, it should be said, is not necessarily a bad thing as those are some properly handsome vehicles that most are proud to have in their driveway, and I see no reason why the same can’t be said for the Mirai. Take the grille, for instance. It does have a bit of a baleen whale air about it, but it’s a little less pronounced than the example on the previous-gen car and a little more well-integrated. Plus, since the Mirai doesn’t require massive cooling up front, it’s the only grille you really have to deal with so you’re not dealing with a crazy two-tiered affair the likes of which is found on the Mirai’s various Lexus cousins. 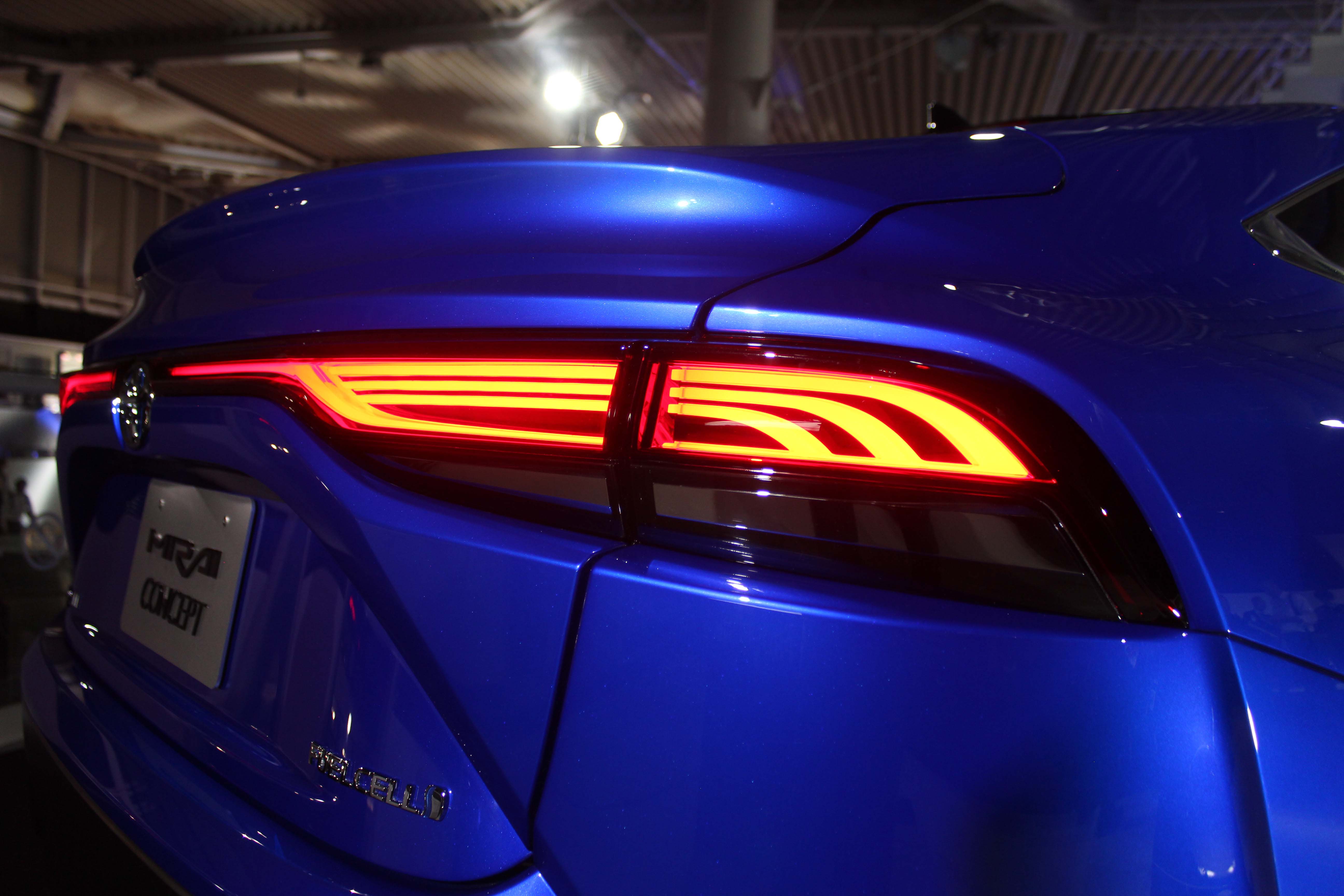 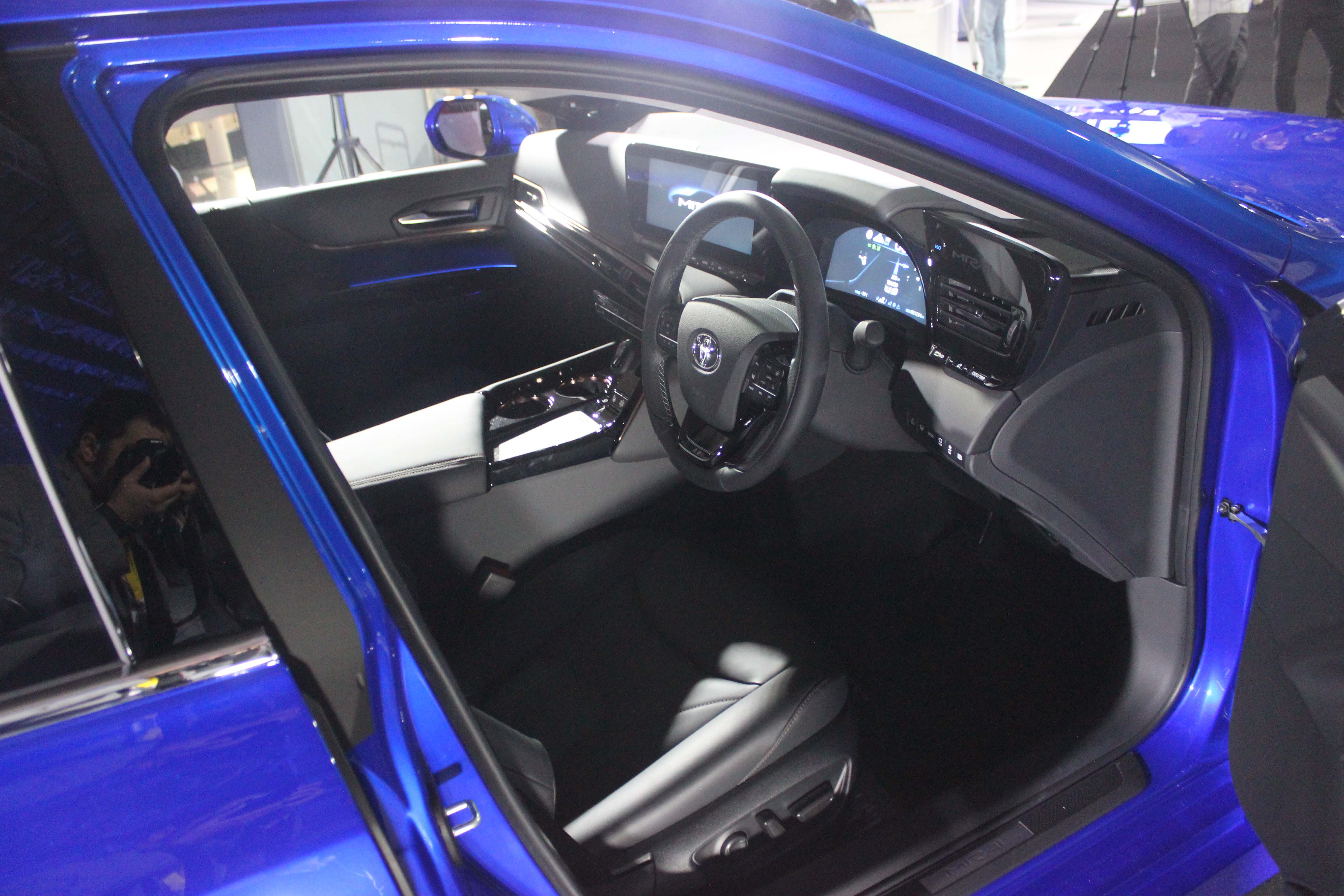 The 20” wheels, meanwhile, contrast well with the first-time-on-a-Toyota blue paint to ground the Mirai a little, providing it with a slightly better stance. The space between the axles is also pronounced, which pushes the image even further.

Inside, the big news is that the new Mirai has seating for three in the back as opposed to two, like on the old car. All in, the Mirai has grown by 15 per cent to provide even more interior room. That’s no easy feat with a hydrogen-powered vehicle, because you need to store the hydrogen somewhere. That takes up space, and where does the space usually get taken from? Well, interior accommodations and storage, of course.

With regards to interior tech: the arrival of the new Mirai marks the debut of an electronic rearview mirror in a Toyota. Since it displays footage taken by a camera mounted to the exterior of the car, your view is never obstructed, no matter how tall your rear seat occupants, or how small the rear window. Which, on the Mirai is a little smaller because of its rake.

Other techy interior niceties include a standard 12.3” infotainment display and 8” gauge cluster, which no doubt will be modifiable to display your speed, or your navi instructions, or power flow.

Speaking of power: Toyota hasn’t yet announced the kind of power the Mirai will make, but it did hint at the overall range, which is about 650 km on a full tank of hydrogen. That represents a 30 per cent increase over what the older car was capable of.

So, it looks better, is bigger, and gets a longer range – it appears that over at Toyota, they’re taking their hydrogen-powered offering very seriously.

Look for more concrete info on power and pricing as the Mirai nears its arrival date, likely toward the end of 2020. 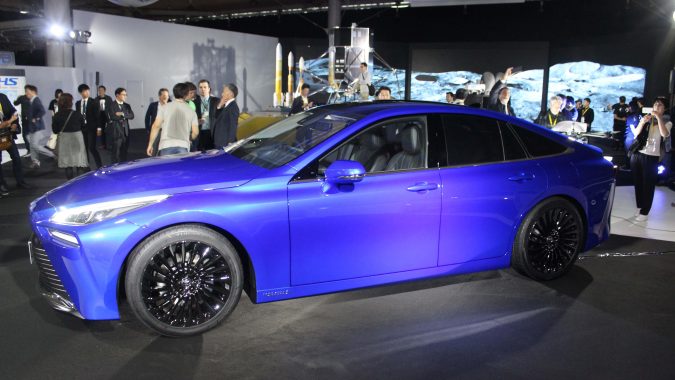 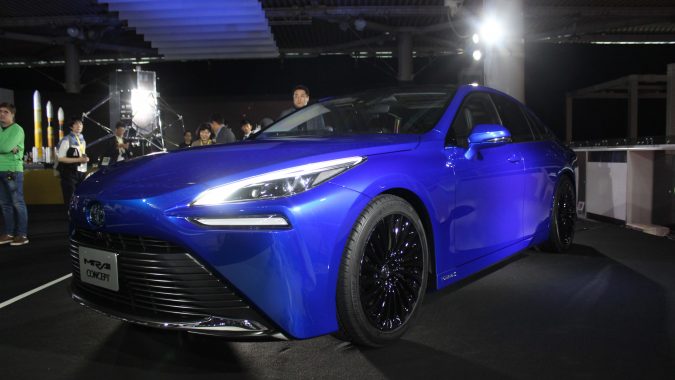 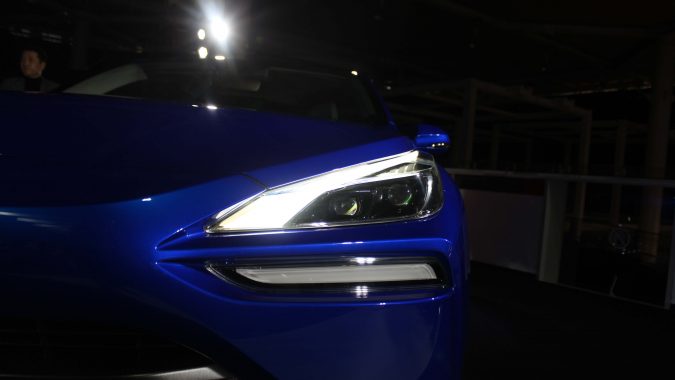 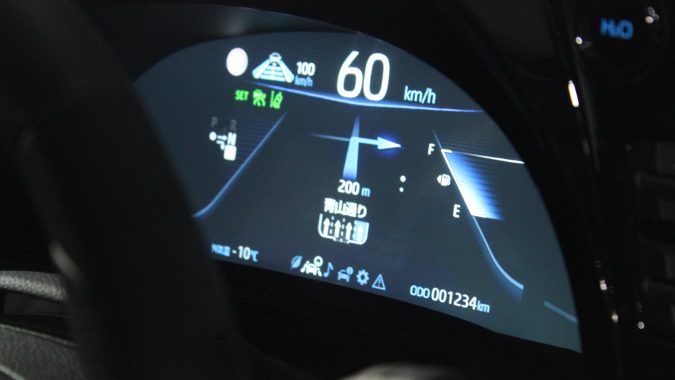 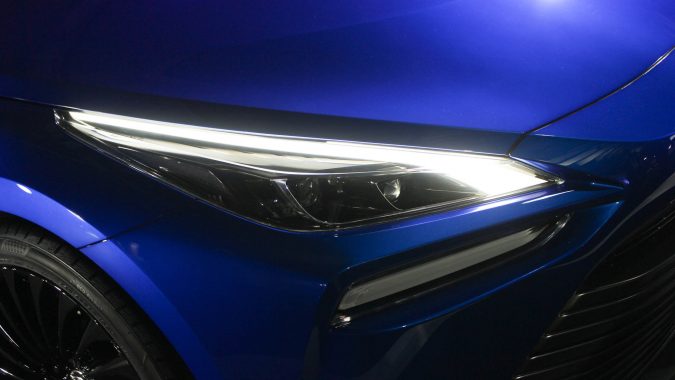