Trēk teaches more than just wheelin' in the mud.

Join the Conversation (0)
Ask any teacher - or career counsellor, for that matter. Transferable skills are one of the keys to success in both work and life in general. While there are scads of professionals from mechanics to doctors who learn and practice very specific areas of their craft, there are an equal number of us who ably take what we’ve learned in another part of our life and apply it with success to the here and now.

Intentionally or not, the crew at Land Rover seems to understand this concept. The company offers a variety of programs to both their customers and employees in which skills learned while wheeling one of their off-road rigs can be deployed in other areas of life.

Their tremendous Trēk dealer education program, which we wrote about recently, plunks employees from all stripes - sales, parts, and service - into team-building situations where skills are developed ranging from product knowledge to wilderness navigation (to say nothing about hand-winching a 2.5 ton SUV backwards up a hill).

On the customer side, their Land Rover Experience centres give everyday drivers the opportunity to build their driving skills and find out the gumption of which their Land Rover is truly capable. 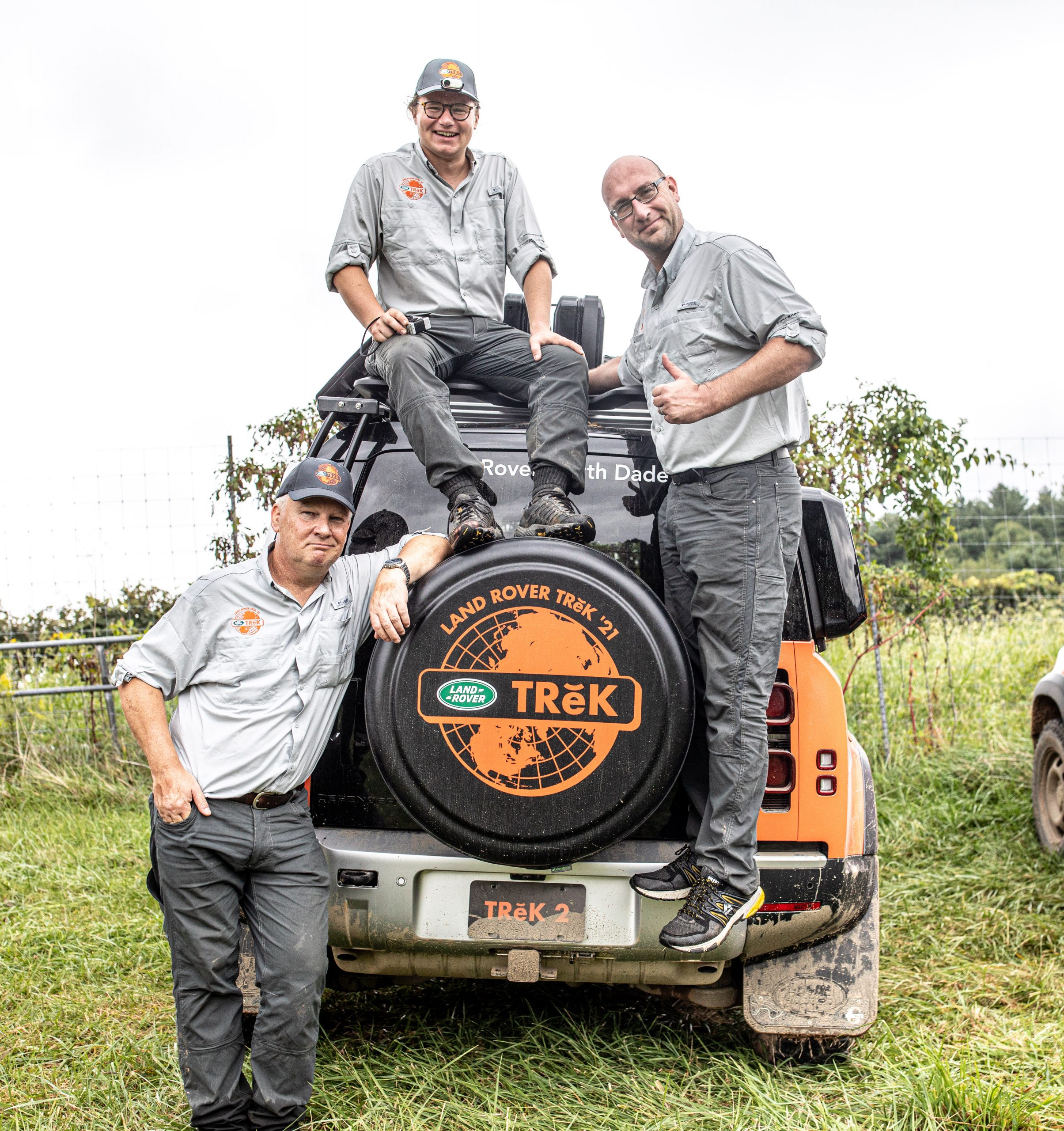 
Land Rover knows it can be tough to explore the limits of a vehicle, especially when it’s one with the vast capabilities of a Defender or Discovery (or, really, anything from the Land Rover catalog). These programs seek to provide owners with the chance to gain additional confidence in their driving skills and experience the truck’s capability with steep inclines, descents, side-slopes, and water crossings.

You can bet the skills learned here are transferred directly to one’s frontal cortex the first time a person loses traction on a wintery Canadian highway while travelling to an early morning hockey practice.

Good car control manifests itself in a multitude of ways, and you can bet having the confidence to finesse control back into the wheel can have its roots in learning the finer points of precision wheel placement on an off-road course. If a driver is confident in the latter, there is an argument to be made that they stand a far better chance of catching a sudden sideways slide on a rural road.

Your author also thinks that realizing the extent of one’s own capabilities can have an effect on those around you as well. It’s certainly possible that those youngsters in the back, or your significant other in the passenger seat, are more likely to improve their own driving skills (or at least take an interest in the same) should someone else in the family sink time and effort into building their own set of skills behind the wheel. This is not to say we should pass ourselves off as experts to those who don’t know any better, since that approach can be fraught with problems and there’s a decent chance you’ll run out of talent halfway through a lesson. That’s why the Land Rover Experience Centres employ qualified instructors to sit by your side and dole out advice like Mr. Miyagi in the Karate Kid movies. 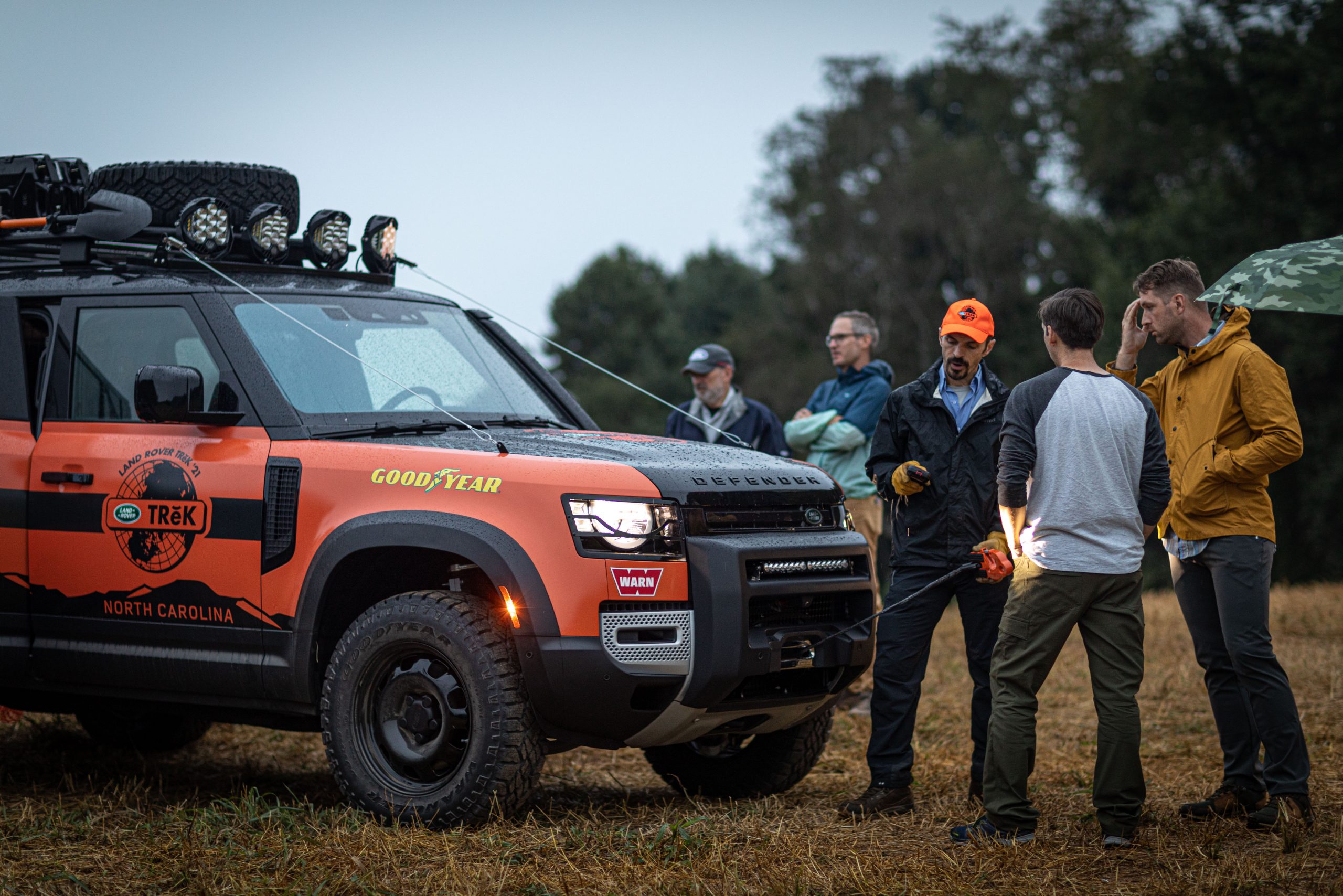 
But dealership employees who find themselves on a Trēk event will find themselves with those types of transferable skills - plus a yaffle more. The program is designed to put three-person teams in a variety of situations ranging from off-roading to towing to mental puzzle challenges. Learning how to correctly slide an aluminum flat-deck trailer backwards through a series of cones will come in handy the first time you need to set up camp in your new RV with the entire campground watching your every move of the steering wheel. And if some of these new skills are taught to other Land Rover employees after Trēk participants return back to the dealership, so much the better.

Heck, even the proper disassembly of a single-person tent is part of the deal. Anyone who comes away from Trēk saying they didn’t learn something is either telling falsehoods or slept through the whole thing.

Not that there’s much chance of the latter, mind you. Between a two-kilometre hike requiring the proper use of a handheld GPS unit to assembling a bridge sturdy enough on which to drive an SUV, Trēk keeps its participants hopping during the 6ish hours competitors out on the trail.

If, at some point in the future, one finds themselves in an off-road pickle requiring extraction with a winch, the person who attended Trēk is likely to know the proper (and safe) way to use the thing. Same goes for properly using the myriad of useful driving modes buried in a Land Rover’s infotainment system.


Speaking of, if you’re looking for a bridge between the transfer of skills learned by dealer personnel at Trēk and the Land Rover customer base, the whys and wherefores of those driving modes is a prime example. It’s one thing for a sales rep to simply spin a dial and show snazzy animations on the SUV’s infotainment screen; it’s quite something else entirely for that same rep to have experienced the difference between Mud and Rock modes, then transfer that knowledge to their customer - if not in a live demonstration then at least through a re-tale of what they learned at Trēk.

This is surely one of the great payoffs for Land Rover when trying to justify the Trēk and like-minded programs. An enthusiastic and knowledgeable customer base is far more apt to sing the praises of a brand than owners who simply see their vehicles as little more than a transportation appliance.

By engaging their dealer and customer base at this level, Land Rover stands a better chance than other automakers at converting people into ambassadors rather than simple owners. Traditional marketing will not accomplish that feat nearly as effectively.

Do events like the Land Rover Experience and Trēk help participants develop a set of transferable skills they can use elsewhere? Absolutely. But more critical for the brand, those folks are like also likely to transfer (or at least speak of) their newfound skills to other people as well.