At 41, L’Estage is currently the winningest active driver in the Canadian Rally Championship, with 38 victories.

Antoine L’Estage has officially won more championships than any other driver in the history of the Canadian Rally Championship after clinching his seventh title in early October — and, incredibly, he did so with two events still left in the season at the time.

The feat makes him the all-time record holder for CRC titles ahead of Canadian rally legends and six-time winners Frank Sprongl and Tom McGeer.

L’Estage also holds seven North American championships, in which points are awarded based on a combination of Canadian Rally Championship and Rally America events. In addition to his Canadian rallying commitments, L’Estage was able to compete full-time in Rally America from 2010 to 2012, claiming that championship in the first of those outings and making him the winner of all three North American titles in 2010.

Since winning his first Canadian Rally Championship event in 2004, L’Estage has won 37 of 60 CRC events, giving him a 62 per cent win rate. When looking solely at the past five years those numbers get even more impressive: 21 wins from 29 rallies for a staggering win rate of 72 per cent.

At 41, L’Estage is currently the winningest active driver in the Canadian Rally Championship, with 38 victories. Three more wins will allow him to surpass Taisto Heinonen (who has 40 wins) and claim second place in the all-time victory standings, and another three wins after that would push him past John Buffum (43 wins) and officially make L’Estage the most successful Canadian rally racer of all time — a feat that given his current streak of success appears highly achievable, even likely, within the next two seasons. 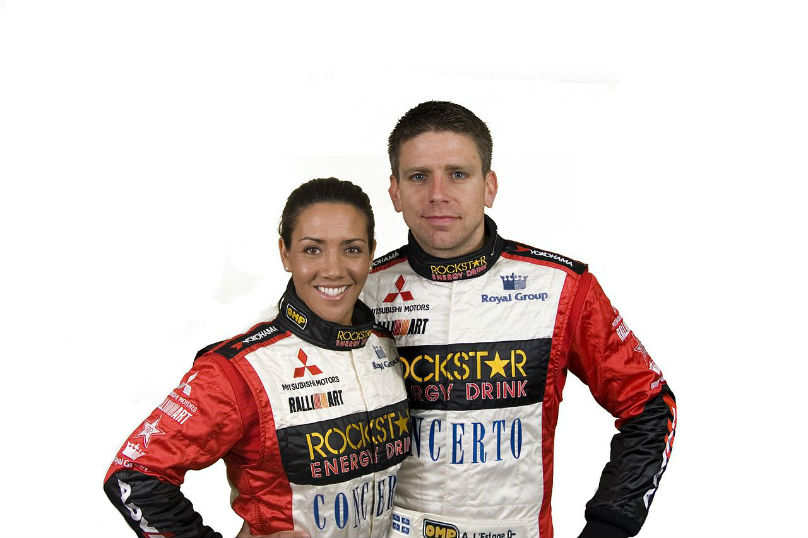