When the 28 U.S.-based trucks entered in the Chevrolet Silverado 250 lineup for the start this Sunday afternoon at Canadian Tire Motorsport Park, six of them will be raced by Canadians, and at least three of those are considered potential victors.

While the focus will be on the eight drivers who have qualified for the first round of the playoffs in the NASCAR Gander Outdoors Truck Series — Brett Moffitt (who won the first race last week at Bristol Motor Speedway), Ross Chastain, Canadian Stewart Friesen (Niagara-on-the-Lake), Grant Enfinger, Matt Crafton, Johnny Sauter, Austin Hill and Tyler Ankrum — racers of the calibre of veteran Canadians Alex Tagliani and Gary Klutt will also attract attention.

Friesen, a big-block modified dirt-track racing star who is completing his second full season on the trucks circuit, is third in the knockout-style playoffs after one race on the oval in Bristol, Tenn., (in which he finished third) and has high hopes of maintaining his momentum at CTMP, the only road-course on the NASCAR trucks schedule.

The feature race — TSN’s Dan O’Toole will be grand marshal, by the way — will take the green flag shortly after 2 p.m., Sunday afternoon. Earlier Sunday, the ninth round in the 2019 NASCAR Pinty’s Series for late-model stock cars will go the post, while the Canadian Touring Car Championship and the Honda Micra Cup will provide support.

Tagliani, who will also drive in the Pinty’s race, will be driving a truck entered by the powerful Kyle Busch Racing organization while Klutt just reached agreement this week to race the Niece Motorsports sister entry to the one raced by playoff participant Chastain. Both trucks are considered capable of winning.

“I’m very excited and almost to the point of being nervous,” Klutt said, adding he and his brother, Ryan, will both be driving in the Pinty’s stock car race Sunday morning. “I think they had a deal fall through, so they called me. They have Ross Chastain, who’s in the playoffs, so I think they (the truck team) are looking to share data and unload with a guy who knows the track and can help with the setup.

“I think this also might be my best shot at winning. They have good equipment — they won three races this year — so it comes down to luck and a little bit of strategy, but I think we have a shot.”

While Friesen, Tagliani, Klutt, Lessard and White are familiar names to Canadian racing fans, Corcoran is a guy who’s been around longer than any of them, but has restricted his racing in recent years to endurance contests. From Kingston, and the son of the late Len Corcoran — who raced stock cars and standardbreds at the long-gone Kingston Park Raceway — Dan started racing 358 dirt modifieds in the 1980s, graduated to the Player’s GM Series for Firebirds and Camaros in the early 1990s, switched to late-model stock cars and has been doing Brock Yates’ One Lap of America for 20 years and has raised more than $500,000 for cancer research while doing it.

Corcoran started 34th and finished 25th in the recent NASCAR Xfinity Series race at Watkins Glen, N.Y. (“Hey, I finished higher than Kyle Busch,” he said), and is now looking forward to the Gander trucks race on Sunday.

“Mike Harmon is a friend and he’s an Xfinity guy. He called and asked if I was going to Watkins Glen to watch the Xfinity race. I said, ‘Yes.’ He said, ‘Are you going to bring your firesuit?’ I said, ‘Maybe’ — and it went from there. I had a flat battery and lost four or five laps in the pits, but I recovered and advanced nine places, so I felt pretty good about that.”

Corcoran said a truck race was on his bucket list, “but I wound up driving in a race I didn’t know was on my bucket list. Josh Reaume has a truck and I’ve been thinking of this for more than a year, so things just came together. I’m looking forward to it (the Silverado 250) — but I have to admit I’m getting a little nervous.

“I’m anxious, I’m worried, but when I get in the truck to go out for first practice on Saturday morning, I’ll think to myself: “This is all good. I’m ready for this.”

As mentioned, the Chevrolet Silverado 250 will start a little after 2 p.m. on Sunday afternoon at the Bowmanville-area racing facility. For complete details, including ticket prices, go to www.canadiantiremotorsportpark.com. 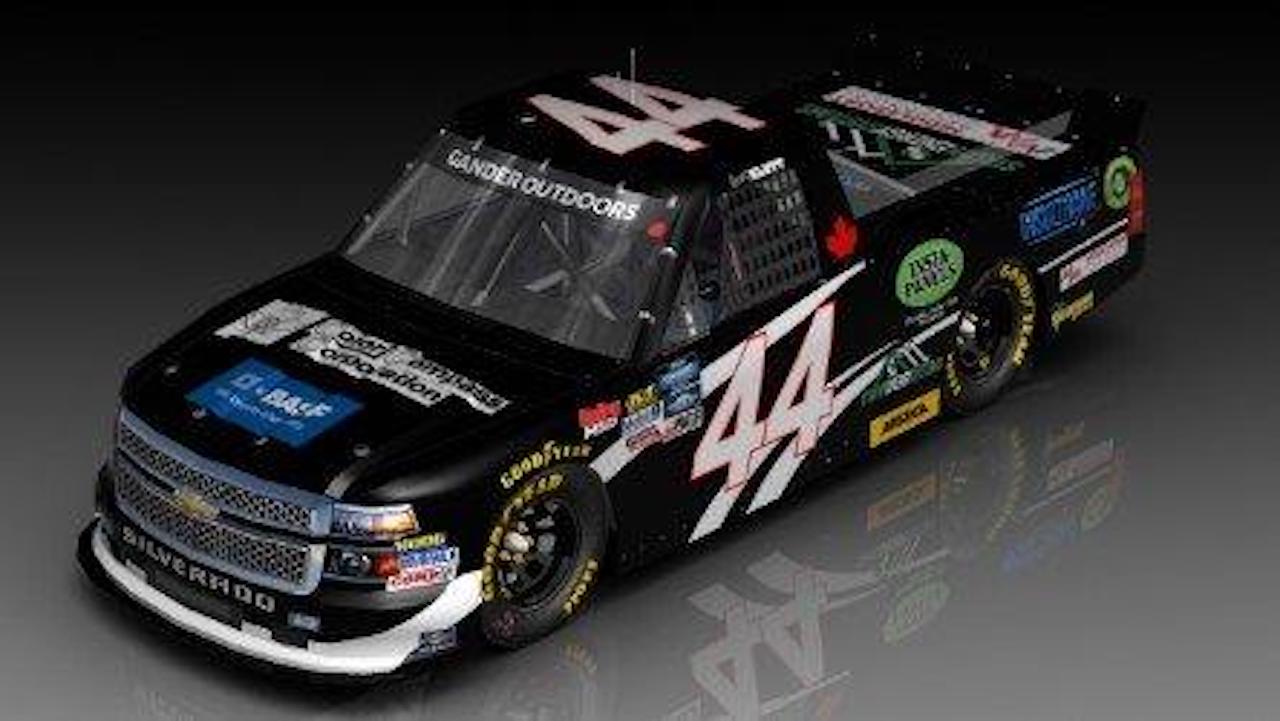 Here’s something to mark down in your calendar

The legendary sports car racer Hurley Haywood is coming to Toronto next Friday for a screening of a documentary on his life, Hurley, at the Regent Theatre, 551 Mt. Pleasant Rd., at 7:30 p.m. Presented by MiniGrid, a store for motorsports enthusiasts (next door to the theatre), Haywood will participate in a Q-and-A following the film.

Haywood, one of the world’s most accomplished endurance racers, amassed an astounding number of wins during the 1970s to the 1990s in this most intense form of motorsport. The five-time 24 Hours of Daytona, three-time 24 Hours of Le Mans and two-time 12 Hours of Sebring winner was a Hollywood archetype: a strikingly handsome man brought up by an affluent family.

However, he remained elusive about his personal life and kept a secret about himself that he didn’t reveal until last year. Despite constant appearances with women, including Penthouse models, he was a gay man.

Hurley is the story of an American racing legend, who speaks for the first time about being gay in the macho world of big-league motor sports. The 83-minute documentary uses archival footage and exclusive interviews, including from actor and racer Patrick Dempsey, who is the executive producer of the movie.