Sitting down with a legend – Giorgetto Giugiaro

In 1999 Giugiaro was named Car Designer of the Century and in 2002, was inducted into the Automotive Hall of Fame.

IT was in 2015 that the Consulate General of Italy, the Istituto Italiano di Cultura, the Department of Italian Studies (University of Toronto) and L’Altra Italia – ARIO came up with the idea of showcasing important Italian cultural icons. The intent was to speak to and demonstrate the important contributions made by living Italians to the world and the impact from their presence. This planned series of events was named “Italy Inspires Canada” and last November 2015 the first in a series of lectures showcasing Italy at the forefront of science, art and technology took place.

The inaugural event featured Captain Samantha Cristoforetti – the very first Italian female astronaut and the first Italian woman of the European Space Agency flight team. To date, she is the astronaut who has spent the most time in space in a single voyage as a crew member of Futura – 200 days, returning to Earth in June 2015.

The next invited speaker was the visionary Italian automobile designer, some might say legendary Giorgetto Giugiaro – the man responsible for some of the most memorable and even iconic designs the industry has seen from one prolific individual. In 1999 Giugiaro was named Car Designer of the Century and in 2002, was inducted into the Automotive Hall of Fame.

To be clear, Giugiaro’s talents as a designer went well beyond fast, forward-thinking vehicles including concept cars and production models. He was also an acclaimed international industrial designer who successfully turned his unique talent to many disparate arenas – including designing the perfect pasta; iconic bodies for single lens reflex cameras; and, even tires and office furniture.

Introduced to a rapt and eagerly receptive audience during a brief synopsis of his career by Paul Deutschman, a gentlemen who has also enjoyed great success as a car designer in Canada and one of Giugiaro’s “pupils”, Giugiaro held the audience in the palm of his hand as he spoke softly in a matter of fact manner regarding some of his greatest achievements. An evening to remember, to be sure. Too short, by half.

However, the next day we had the great good fortune to sit down and talk with the man, one-on-one about his life, his accomplishments and of course, his cars.

For the purposes of this interview, Goffredo Baduini, a trusted colleague of Giugiaro these past 12 years handled all translation comfortably, occasionally finishing Giugiaro’s thoughts and sentences like a couple who worked together and are completely at ease and comfortable with one another. Theirs is a bond of trust and yes, deep-rooted respect and friendship.

I suspect that Giugiaro’s command of the English language is likely quite good yet it’s in his native tongue he is most comfortable. His voice reminds of a young De Niro playing Vito Corleone in Godfather II. You cannot help but listen – and hear every word, every nuance – even though I speak not a word of his language. Such is the power of the man.

So began a far-reaching chat where this gregarious yet optimistically cautious gentleman, in an impeccably tailored jacket, pressed jeans, loafers and a crisp white shirt held court in a respectful, friendly and informative manner over strong, hot Italian espresso in a private room. There were no conditions, no arranged and cleared agenda to this morning so we waded right in.

wheels.ca: You have had great success as an automobile designer during your 60 year career, initially with Fiat, then Bertone, Ghia and finally your own esteemed shop, Italdesign. During this time, you worked with all the world’s major automobile manufacturers – with one notable exception – Honda. What happened? Why nothing for Honda?

Giugiaro: (chuckling and smiling broadly) Well, that’s easy to answer. I said, “No!” I made the error of youth and said, “No, I’m too busy: I’m overwhelmed. Thank you!” Of course what I should have said was “Yes, of course!” and then the details of scheduling could have eventually been ironed out. I regret this. Over the years, Honda and their management team never seemed to forgive my youthful, foolish response, perhaps took offense and never extended a second invitation. Never again after that did I refuse anyone!

wheels.ca: Amazing energy. Drive. Artistic background. A flair. A vision. Automotive, of course. You have a unique gift and have designed cars some of which have stood the test of time, yet you have also diversified. Nikon and camera bodies and Barilla pasta. How do you differentiate between sheet metal and semolina flour?

Giugiaro: (laughing out loud) The principals of design remain the same – regardless of the business. My Father, an artist – an oil painter, believed that although I did have natural artistic ability, I should become a better more rounded artist – a designer. I should go to technical school and become someone who could draw more than portraits. My Father wanted me to not only paint or draw a table, but to understand everything about it – and then build it. He wanted me to be the best at whatever I did.

I could execute ideas, visions. I became a sponge. I learned as much as I could. I became the project.

“My Father wanted me to not only paint or draw a table, but to understand everything about it – and then build it. He wanted me to be the best at whatever I did.”

For pasta, I learned about making the pasta itself, the balance of ingredients, the best semolina flour – everything. I studied molds for shape. I needed to understand how the best shaped pasta could handle being prepared and how it reacted under different conditions – such as with a cream-based or tomato sauce.

Pretty much the same was true with car design. The common denominator is a focal point. Everything revolves around that. It’s a general design principle – regardless of the industry – or product. What is the functionality of the end object? I became a more disciplined designer as a result. So determined was my Father in my succeeding that although I worked during the day, when I went to school at night and studied – he came with me to ensure I continued to learn!

wheels.ca: You designed the Volkswagen Golf – or Rabbit as it is known in North America. As a production vehicle, this was one of your greatest successes, correct?

Giugiaro: Yes. I was 32 years old and invited to work with a series of German engineers. I knew little of them, and they knew less of me. I was being observed, every move scrutinized as I was quite young for this task. They were always questioning everything I did – because that’s what they felt they had to do. They did not understand why a designer wanted to know how they bended metal or was their tool and die process different? They did not expect these questions. This was what my Father wanted. 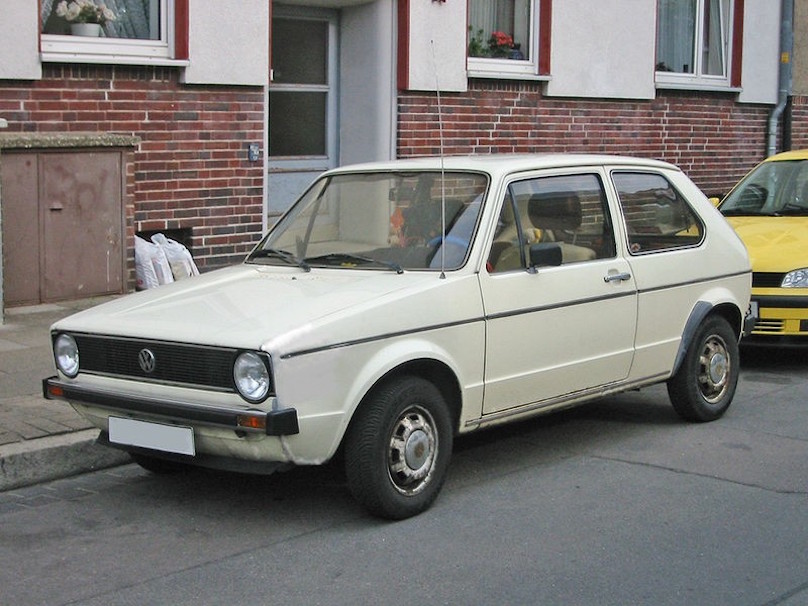 wheels.ca: So initially, due to your age, credibility was an issue?

Giugiaro: They were embarrassed. How did I understand? How did I know? Still today, automotive students do not learn all facets of design in school. They are either designers or engineers. Not designers who understand engineering. Remember, my Father pushed me to be better. To do better. Much like my Grandfather likely did before with my Father.

wheels.ca: So, to the point made earlier, this is why even today, although the path is faster, it takes an unusually long time for a car to be built, even a “one off” from the drawing board to the computer, models – there are so many processes and procedures to follow.

Giugiaro: Back in the day, when we designed a concept vehicle, we could render and build one in months – without the involvement of multiple committees. I knew what was required – and I built it. I wanted cars created with this vision. But it had to be feasible. My time at Fiat was really four more years of university. All part of my continuing studies. I needed to learn. I still do.

“My time at Fiat was really four more years of university. All part of my continuing studies. I needed to learn. I still do.”

wheels.ca: What was the first project you ever did that was automotive related?

Giugiaro: Ah… when I joined Fiat, they gave me wheels to design. Wheels. Engineers were designing the cars. Their drawings lacked detail, definition. No shadow. No life. No reflections. I designed the wheels that made everything else appear lifeless! Why? I understood what was involved. What was needed – and I rendered them with chalk. I then did my own design. Nuccio Bertone took my drawings and sold them to Alfa Romeo. Apparently, I passed the test and my drawings were for their Alfa Romeo 2000.

wheels.ca: Early on, your concept cars had amazing fluidity. Yet, production drawings and cars are less flowing – more practical. Why such a difference? Did you feel frustrated?

Giugiaro: Ha! It comes down to money – and time. Always. Mostly money – and, of course, reality. Constraints were greater. Demands greater. Production cars were built for a purpose – not necessarily for fun. They were practical. Of course, my concepts could be built – remember my background – but in most cases, there was neither the demand – nor the appetite to do so. How many cars can we build – and sell?

Back then, windshields were totally different. Windshields were cylindrical. I wanted spherical. This could not happen. (At this time, Giugiaro asked for a piece of paper and began to sketch – a windshield, a car’s roofline and began to talk about rain channels – how they were – what they became.) Eventually materials and machinery changed. More became possible and practical. Audi for example kept looking for perfection. They wanted live edges. 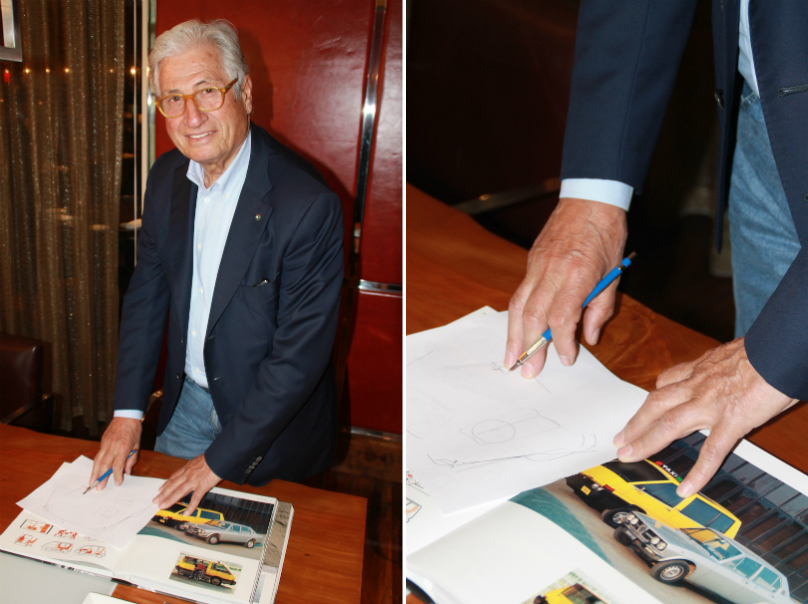 In the 70s, I came to the US. Cars were made in a different way than Europe. Very different. Not better, just… different. Today, with continued advances in technology, systems have become more standard the world over.

It’s all about vision. Seeing beyond. Using your imagination. Pushing boundaries. Some concept designs were well before their time.

Remember, no matter the assignment, esthetics can always be created. Functionality is always greater. Back in 1978, we revolutionized transport with “taller” vehicles – the Lancia Megamma – who knew this would be forerunner to SUVs?

wheels.ca: With such an enormous body of work in the automotive and industrial design fields, which projects are you most proud? The Golf? The Fiat Uno? The Fiat Panda? How about the DeLorean DMC12? 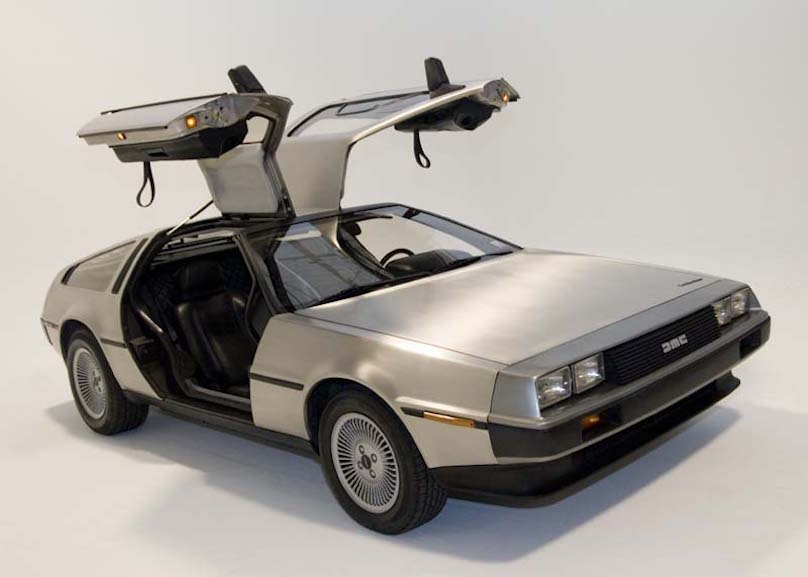 Giugiaro: (smiling broadly and clapping his hands together) All of them! Every project is a favourite. Not one specific. I’m proud of them all. Truly. As soon as a new commission comes in, we move on. We live for the creative moment. It’s all about fulfilling and meeting objectives – no matter what anyone says.

So there you have it. The man and his amazing mind. Pretty much a perfect diplomat even in semi-retirement. I joked that perhaps political office was calling hence retirement and selling Italdesign to Volkswagen and Audi. Not at all. He was, and is his own man. Remember, this is the man who refused Honda. His rules. His company. 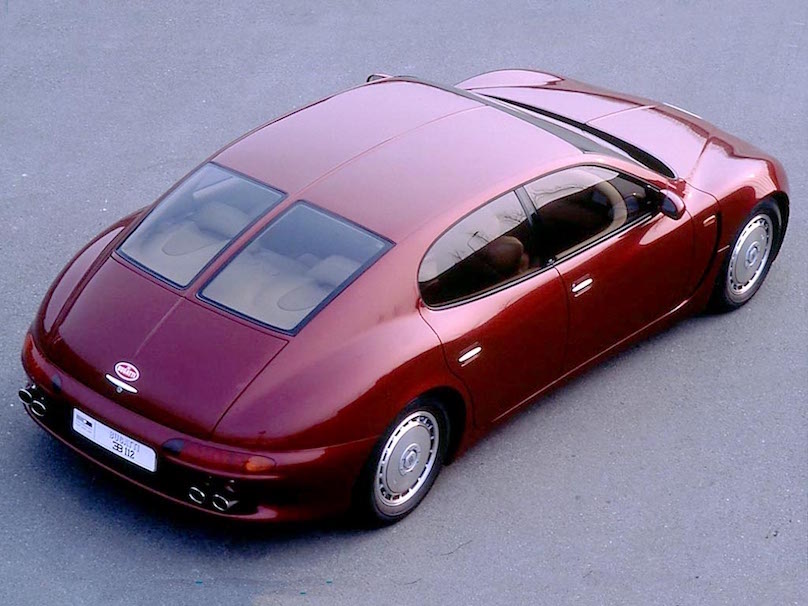 At the end of it all, as I was leaving, he took out a blue Staetdler pencil to sign and authenticate his earlier sketch, leaned in and rasped, “Bugatti EB112.” That was his absolute favourite design over everything. A car. In fact, two were built. Rumour had it one was intended for him. He confirmed this was not the case, smiled graciously, turned away, adjusted the cuffs of his jacket, preparing himself for the rest of another productive day.

There is no real retirement in sight for this gentleman. 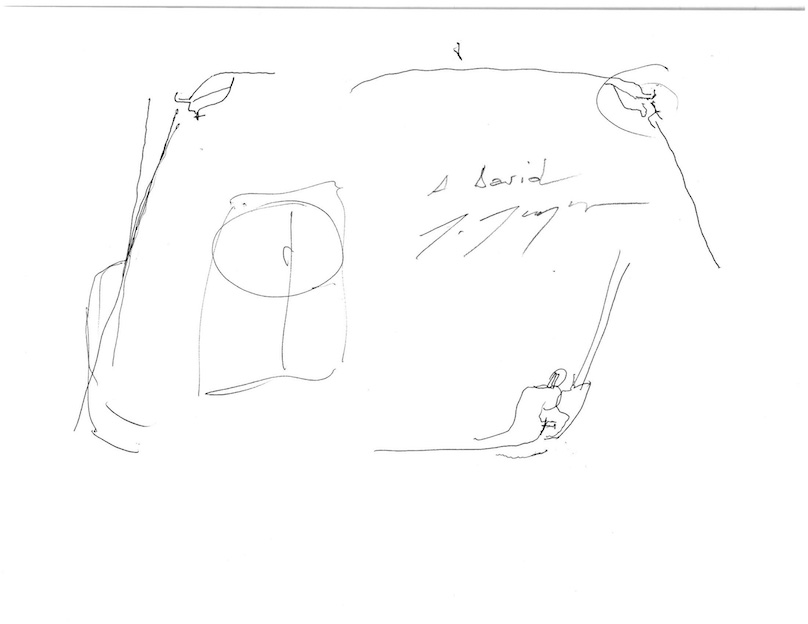