It’s nearly impossible to express the attention to detail of a Porsche restoration by Singer, but this writer will state again for the record that it is singularly the best car he’s ever driven.

Hot on the heels of celebrating their one hundredth Porsche 911 restoration, Singer Vehicle Design has debuted an entirely new restoration concept, their Dynamic and Lightweight Study at the 2018 Goodwood Festival of Speed.

While the legendary Porsche restorer has been turning out works of 911 art in California, they’ve been almost secretive about this lightweight project. They’ve brought in technical partners Williams Advanced Engineering (yes, that Williams from Formula 1), along with Michelin, and Brembo, among others, in order to see this Study through to fruition.

If you’re not familiar with Singer Vehicle Design, it’s a small Los Angeles-based company founded by Rob Dickinson that specializes in the restoration (and re-imagination, as they’re apt to say) of Porsche 911s from the early 1990s. It’s nearly impossible to express the attention to detail of a Porsche restoration by Singer, but this writer will state again for the record that it is singularly the best car he’s ever driven.

What makes the Dynamic and Lightweight Study unique is that it’s entirely different from Singer’s usual restorations. There is no typical restoration, mind you, as they’re all finished distinctively with massively improved performance, finishes, and aesthetics, but yet still retain the Porsche 911’s legendary comfort and drivability. The DLS on the other hand takes performance to the extreme with a significant boost in power output and focus on lightweighting.

Williams developed a wild, air-cooled, 4.0-litre flat-six engine for the project and it sounds like it pushes the boundaries of air-cooled engineering. Using lightweight materials throughout its construction, the engine produces 500 horsepower at what should be a glorious sounding 9,000 RPM. What’s very interesting is that the engine sits further forward in the DLS’s chassis than it would normally. Singer does point out that legendary Porsche engineer Hans Metzger consulted on this portion of the Study.

In addition, Williams did the aerodynamic heavy lifting with plenty of computational fluid dynamics work on every surface of the DLS to give the car the aero balance needed at speed. Famed Porsche motorsport engineer Norbert Singer also consulted on the project and, for the first time, the DLS uses a ducktail spoiler, unlike all previous Singer restorations.

Racing gearbox supplier Hewland developed a six-speed transmission specifically for the DLS that uses a magnesium case and hollow shafts. Bodywork is made entirely from carbon fibre, of course, lightweight seats are by Recaro, and Brembo supplies the feather-light carbon ceramic brakes. The Michelin Pilot Sport Cup 2 tires were developed specifically for the DLS, as were the 18-inch forged, centre-lock BBS wheels.

The entire cabin is a study in lightweighting, from the airy door panels, exposed shift linkage, and the carbon fibre steering wheel, which was developed specifically for the DLS by MOMO. Singer has not yet specified the curb weight of the Dynamic and Lightweight Study project, but early rumours suggested something under 1,000 kilograms.

The DLS took quite some time from concept to the finished restoration you see here. During the process, Singer brought in professional racing driver and Porsche enthusiast, Marino Franchitti, to optimize the dynamics of the DLS. Franchitti says, “After three years of hard work by everyone involved with the program, it’s such a thrill to bring this car to Festival of Speed and to run it at this iconic event. Even having lived with it through development, I’ve been blown away by how the car looks in the real world, and I can’t wait to see the reaction the car gets.”

Not only is Singer showing this groundbreaking Dynamic and Lightweight Study you see here – they’re actually showing two complete restorations. There’s a white one you see here, as well as one finished in red, which will do the famous hillclimb at Goodwood, which will be live streamed July 12-15, 2018 on the Goodwood Road & Racing YouTube channel.

A number of Singer Vehicle Design Porsche 911 restorations are in the hands of customers in Canada and the company is represented across the country by Pfaff Automotive Partners. 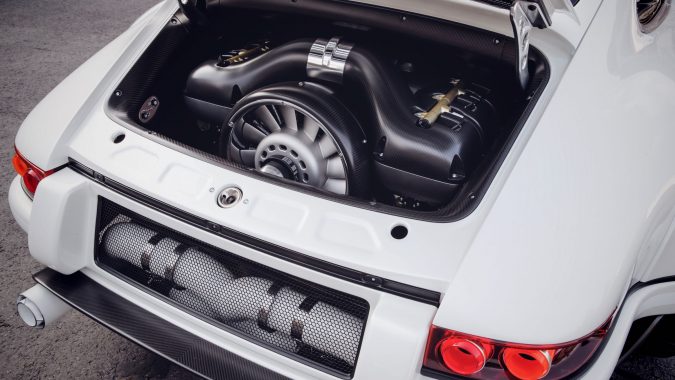 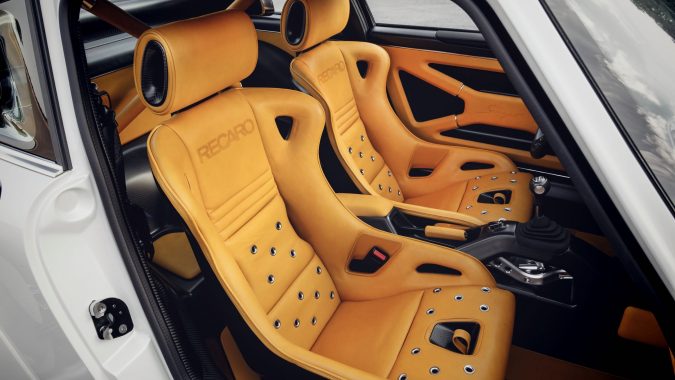