It will cross the line at RM Sotheby's Fort Lauderdale auction.

Beauty queen of only sixty-four, this is one car that will be loved. Yes it will, be loved. This is a 1955 Mercedes-Benz 300SL. A Gullwing Merc. Owned by Adam Levine of Maroon 5.

The 300 SL was built from 1954-1957 before it lost its roof and switched to roadster production for a few more years. Mercedes had never planned on building the car for sale. The car started in 1952 when Benz decided that it was more than due to return to sports car racing. The SL went to the Millie Miglia and finished second. Then it swept the podium at the Bern Sports Car Prize. Le Mans saw it first and second, and it showed up just about everyone and every major sports car race that year.

US Mercedes importer Max Hoffman – who also brought the world the BMW 507 and Porsche 356 Speedster – told Mercedes that he wanted a Grand Prix race car for very rich enthusiasts. And he put down an order for 100 of them. Suddenly, the 300 SL production car was being introduced at the New York auto show.

Since this was a racer, it gets a tubular frame with a body perched on top. It was designed to carry 130L of fuel because races were long and engines of the day were thirsty. That race-ready frame gave the car its most iconic feature. The top of the cabin was narrow, but the frame that ran midway up the car was wide. Enter the gull wing doors.

By opening upwardly, hinged at the center of the car’s roof, the frame could remain intact. Drivers had to climb over a wide sill, but that was too bad for them. 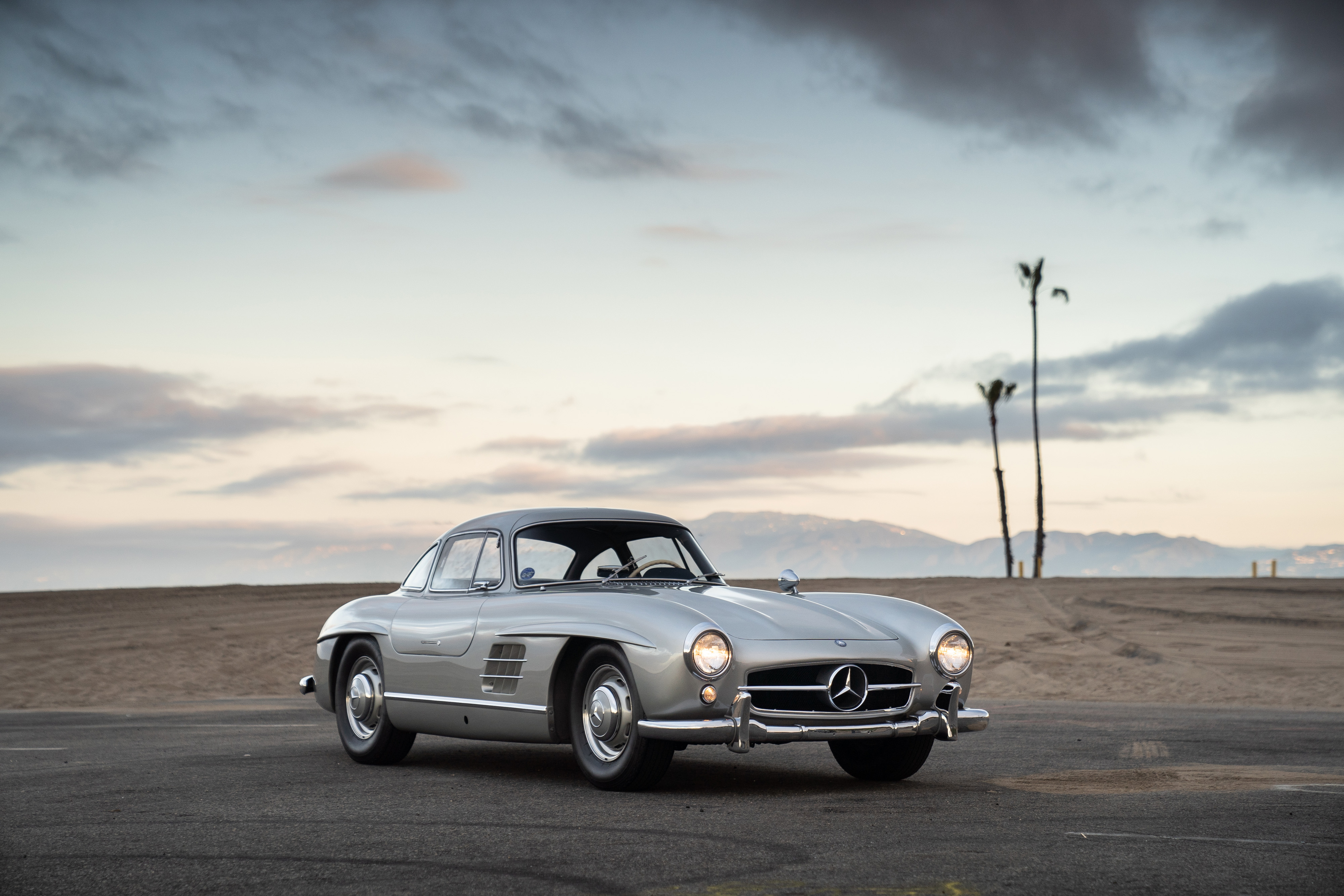 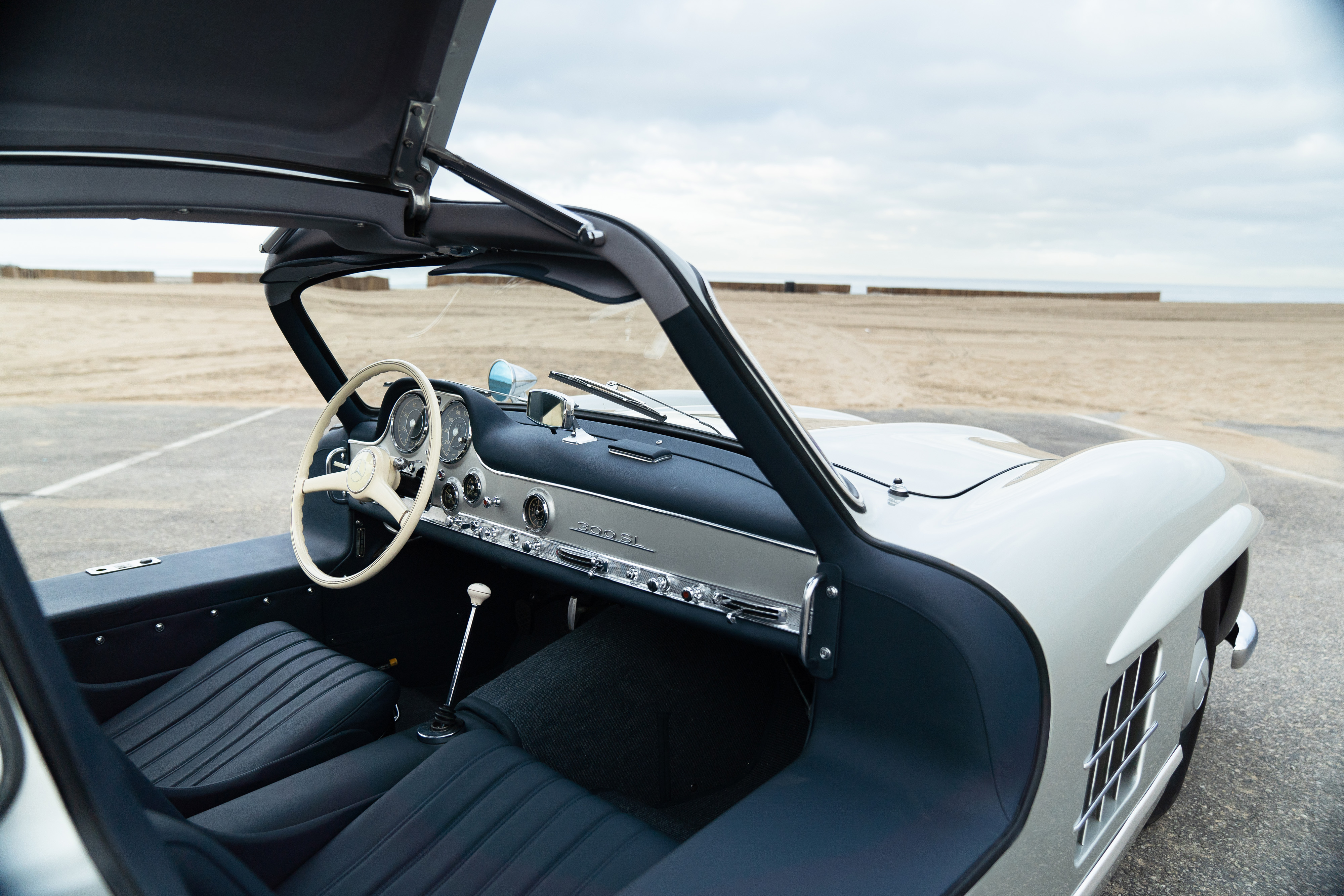 Powering the cars was a 3.0L straight six. Fuel injected, which was very unusual at the time. Power was 215 hp as standard or 240 with a special camshaft. That was even more than the racers, thanks to using injection instead of carburettors.

This particular example was a special-order car, completed in May of 1955. It was originally finished in ivory with blue leather. But in the 1990s, the car was repainted in silver, the standard colour for these cars. With the repaint, the seats were trimmed black, but the current owner had the interior returned to the original blue.

For a car that’s seen this many years, it’s impressive to see it still comes complete with factory tool roll. The numbers matching car has a period-correct Poldi Handleuchte light. A light that drew power from the cigarette lighter plug. It also has a fitted luggage set. And a Mercedes-Benz Classic Zertifikat.

This is a car that is stunning all by itself. But it certainly doesn’t hurt the car’s value that it is part of singer and TV host Adam Levine’s collection. It will cross the line at RM Sotheby’s Fort Lauderdale auction this weekend, expected to fetch between US $1 and 1.4 million. 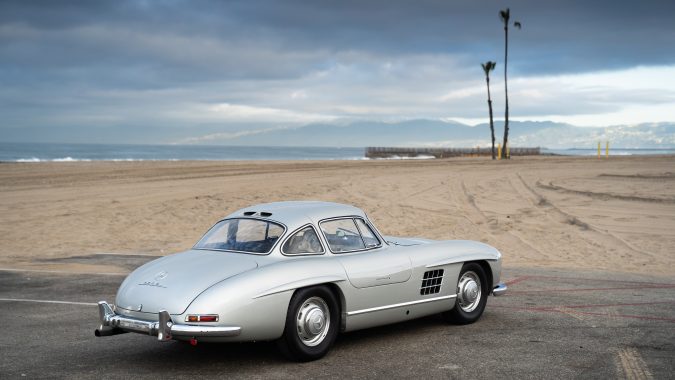 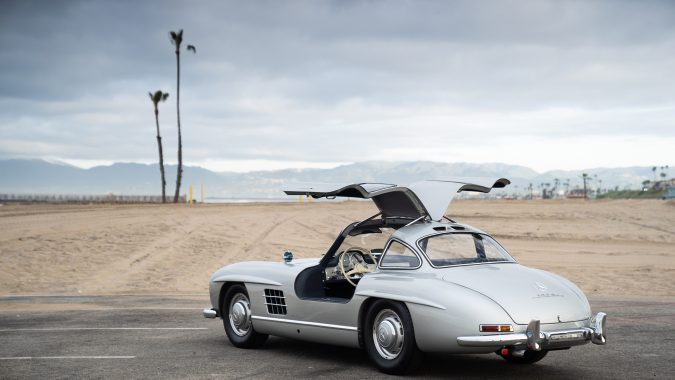 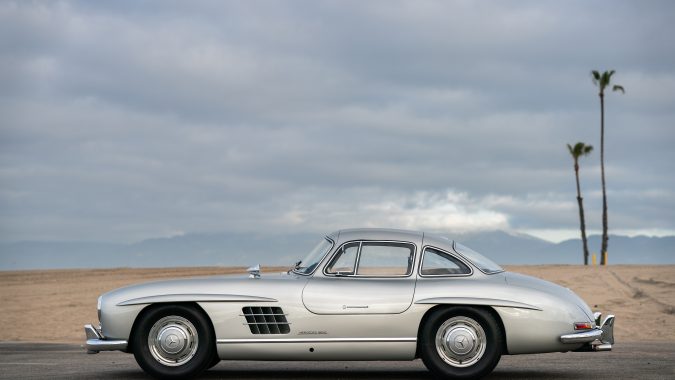 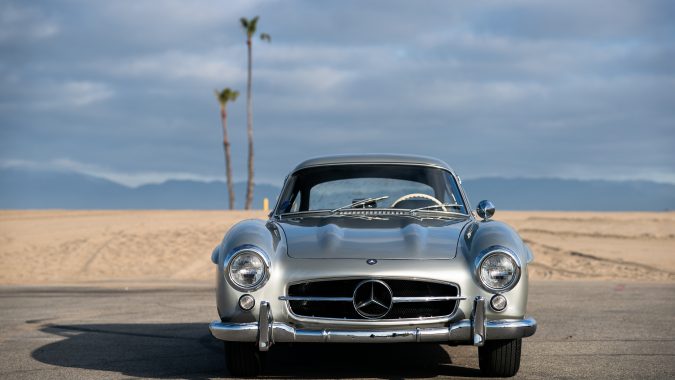 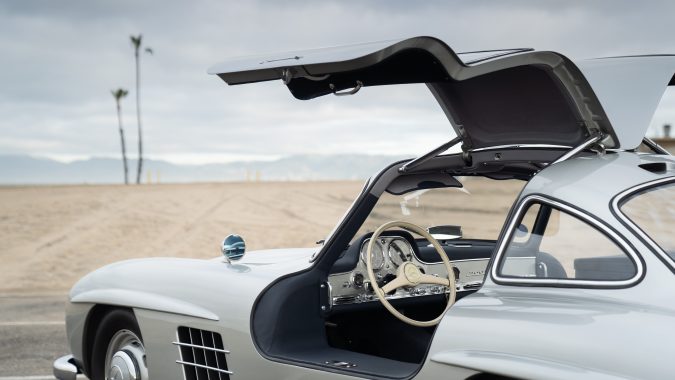 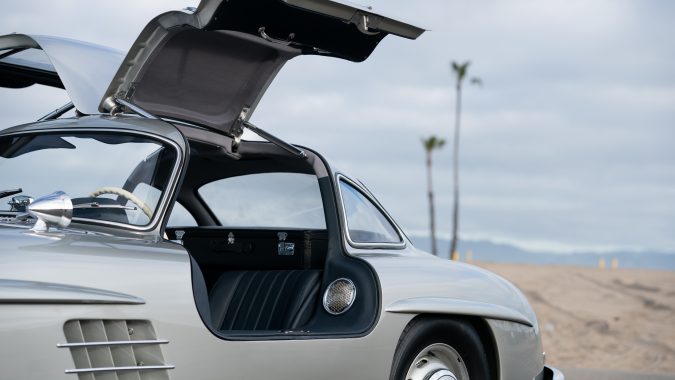 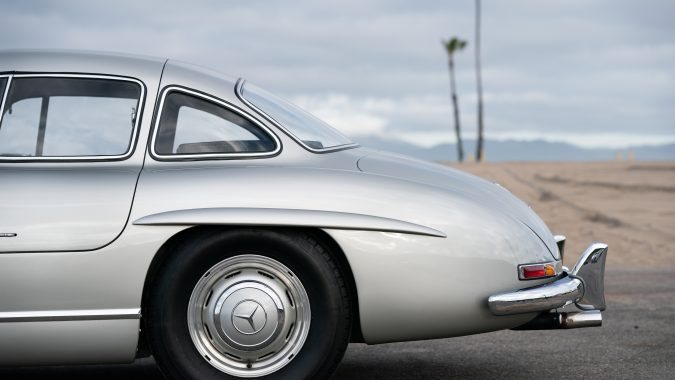 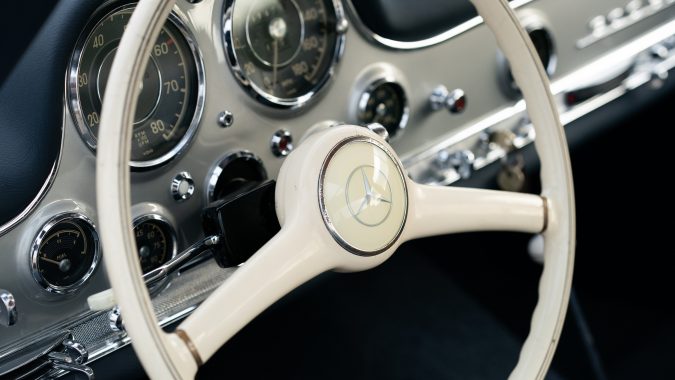 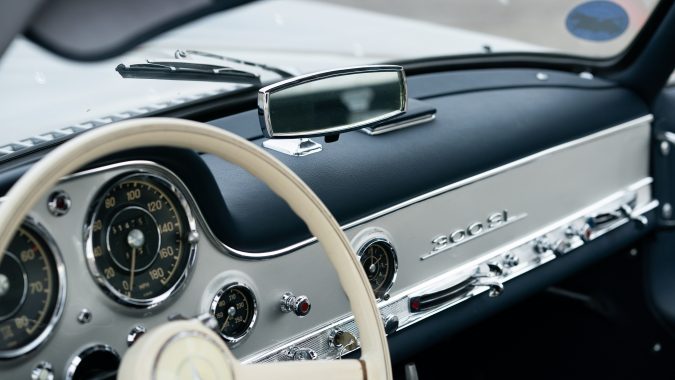 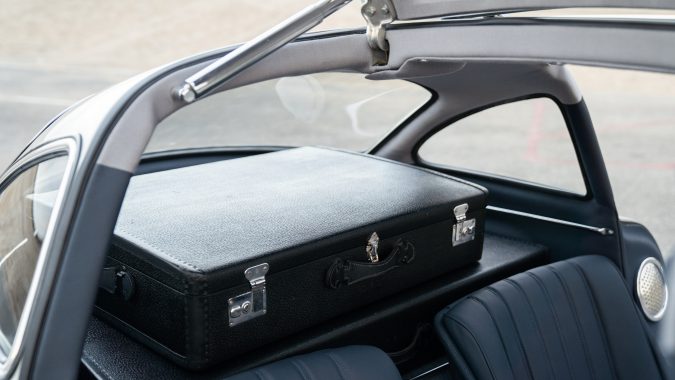 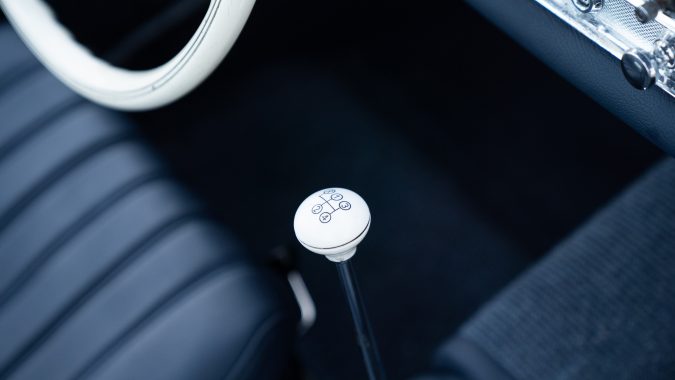 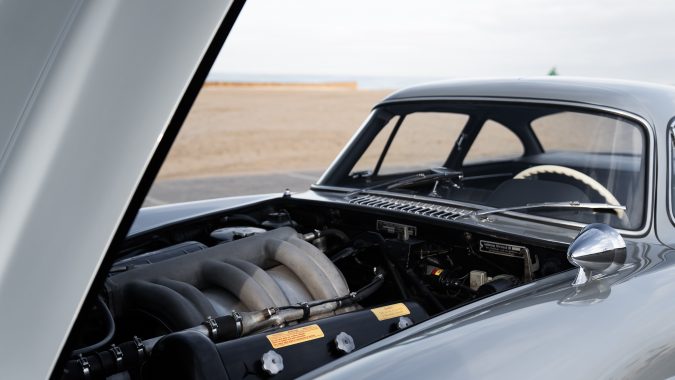 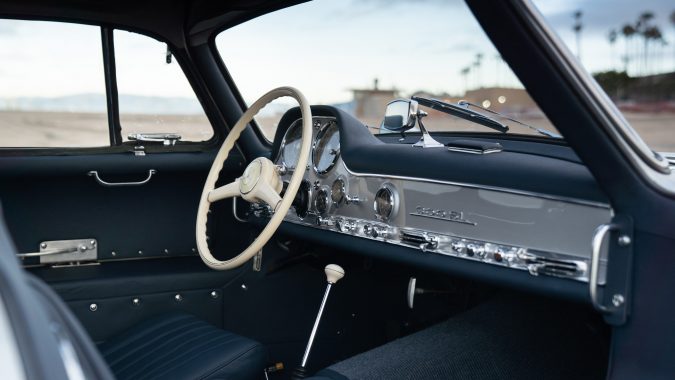 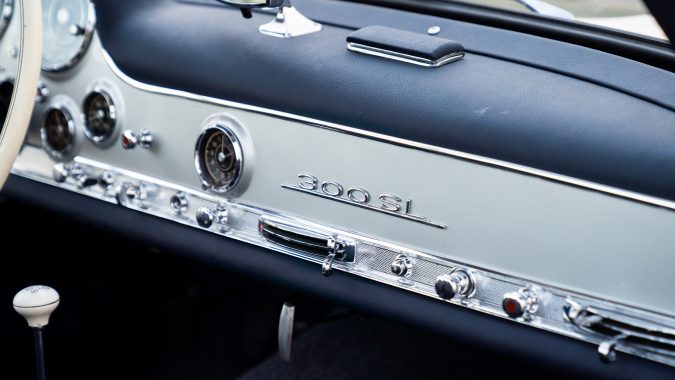 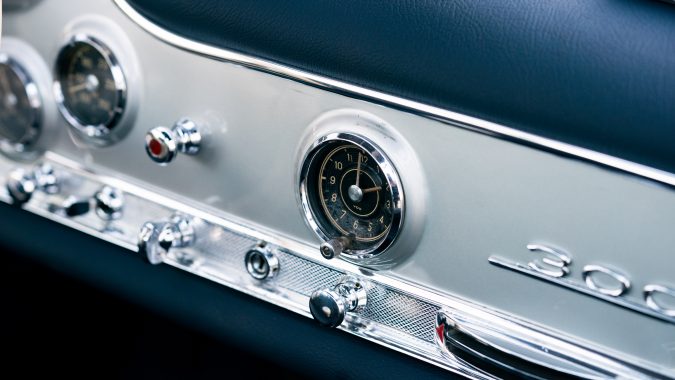 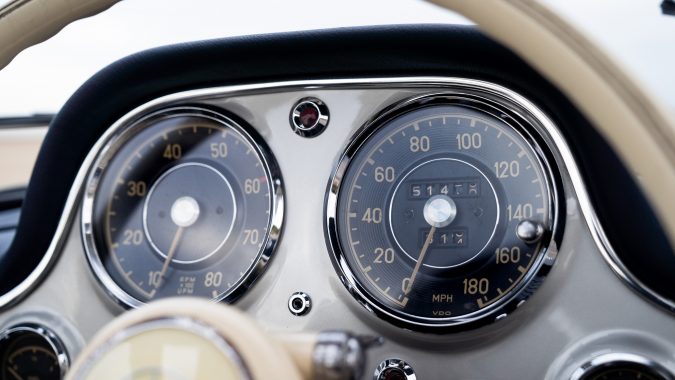 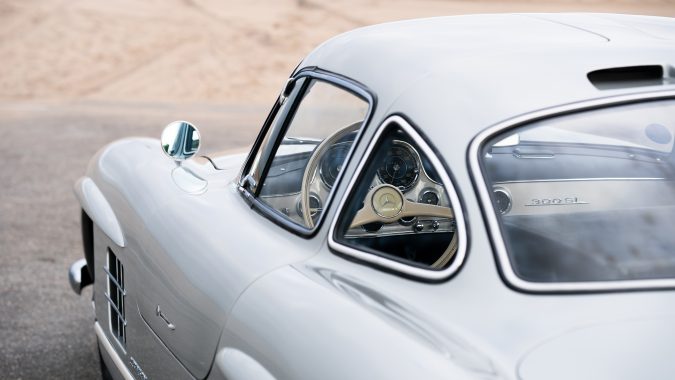 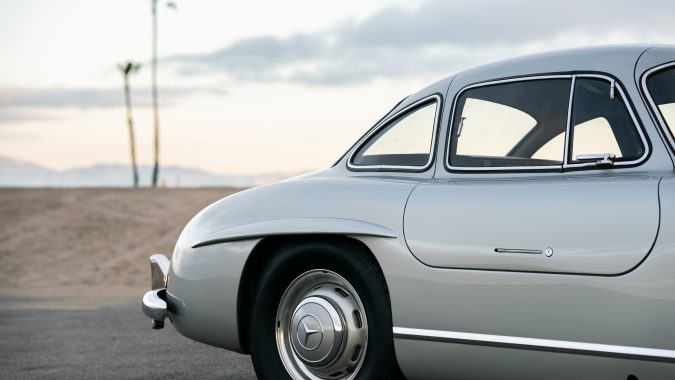