Somebody should blow up Ferrari.

We all know who won the races on motorsport’s Greatest Day – the Indianapolis 500, the Grand Prix of Monaco, the Coca-Cola 600 –so bear with me as I pontificate on all of them. Well, not so much on the last one.

The word had been around since the start of the season. Simon Pagenaud was on borrowed time at Team Penske. The Captain is known to like race drivers who a) win and b) don’t whine if they don’t. Pagenaud, rightly or wrongly, was seen as being a bit of b.

Pagenaud is not stupid. If reporters had heard this, he had too. Pagenaud also knows that while Penske loves Indy car racing, and will support the NTT IndyCar Series over and above any other racing series he’s involved with, there is one place and race that Penske wants to win more than all others: Indianapolis.

So when May arrived and the series moved into Indianapolis for the Grand Prix, the run for the Indy 500 pole and the 500 itself, Pagenaud was like a man possessed. He swept the GP, the pole and the race – a perfect 100 score. If what had been rumoured was true, Pagenaud saved his job. Penske said so.

“I don’t think that I said anything to the media about Simon,” Penske said. “He’s on our team. He’s one of our drivers. You’ve seen that. That was scuttlebutt. I think that’s a good word for it. But what he did this month, certainly he achieved records in his own personal life and certainly what he had expected to, and the run today, it’s a history book run for me when we think about some of the races, an opportunity to be in the winner’s circle, so he did a great job.”

Asked directly if Pagenaud will be racing for him next year, Penske shot back:

“What do you think? Do you want to answer that question for me? Absolutely.”

Note that Penske never directly answered the question about whether Pagenaud had been on thin ice. He said he didn’t speak to the media about the driver. He didn’t say whether he’d talked within his own small circle about the driver’s future.

Moving right along, here’s another rumour about Team Penske and its stable of drivers. Castroneves will continue to race sports cars for The Captain but won’t be back at Indianapolis. Penske will then run a fourth car next year (he has in the past) and none other than Alexander Rossi will be the driver.

One negative came out of what really was a great Indianapolis 500 race Sunday. The people in Race Control don’t really, really know what they’re doing.  Case in point:

With 20 laps remaining, there was a red flag. (Good call, by the way.) When it came time to fire up the cars again, everybody in the place – between 200,000 and 300,000 people – were on their feet, expecting a green flag almost immediately. But no. They started the cars all right, but then they had to trundle around the 2.5-mile speedway straightening out the order, and moving the lapped cars out of the way and having them line up in the back and then etc. etc. et. There was not a green flag till Lap 187, 13 laps from the finish. So they screwed around for seven laps before getting the race going for the final sprint.

As one of my friends said in an email, “I would have liked more laps of Pagenaud vs. Rossi.” So would I.  So would the fans in the grandstands. So would everybody in the Media Room at the Indianapolis Motor Speedway. I was quite vocal about it, but to no avail. I hope, on reflection, that the people in Race Control learned a lesson there. If you stop a race with 20 laps remaining, everybody should be in the right order when the order is given to start engines and then two laps should be sufficient to get a green. Eighteen laps of racing sounds about right, n’est pas?

On last thought: I can understand Dale Earnhrdt Jr. driving the pace car for the Indy 500. I mean, Jeff Gordon did that job last year. But Dale Jr. acting like an authority on Indy car racing? That’s going too far. I’m not saying that he doesn’t have interest. Of course he has an interest. All racing drivers are secretly fans of most other forms of racing because they know what it takes to get into a racing car and drive it to the limit. But explaining the history of the Borg-Warner Trophy? Uh-uh.

Ferrari is officially a disaster. The mistake in qualifying Saturday that eliminated Charles Leclerc after Q1 was inexcusable and the only way to save that legendary marque is to fire everybody except the drivers and start over. There is rot in there and unless you clean house it will just continue. Kicking out the top guy, Mattia Binotto, won’t do it because the next guy promoted will have learned all of Binotto’s bad habits, as Binotto himself learned all of Maurizio Arrivabene’s. So get out the broom.

Leclerc, of course, has to learn to relax. Or, did Ferrari misjudge his level of maturity when it decided to move out Kimi Raikkonen and bring him on? For a first-year driver on a new team, he’s been prone to mistakes and to complaining. At Monte Carlo Sunday, he tried to improve his position too early in the race and got a puncture, bringing out a safety car. He made it back to the pits but had damaged the chassis and had to call it a day. It’s time for a reset. 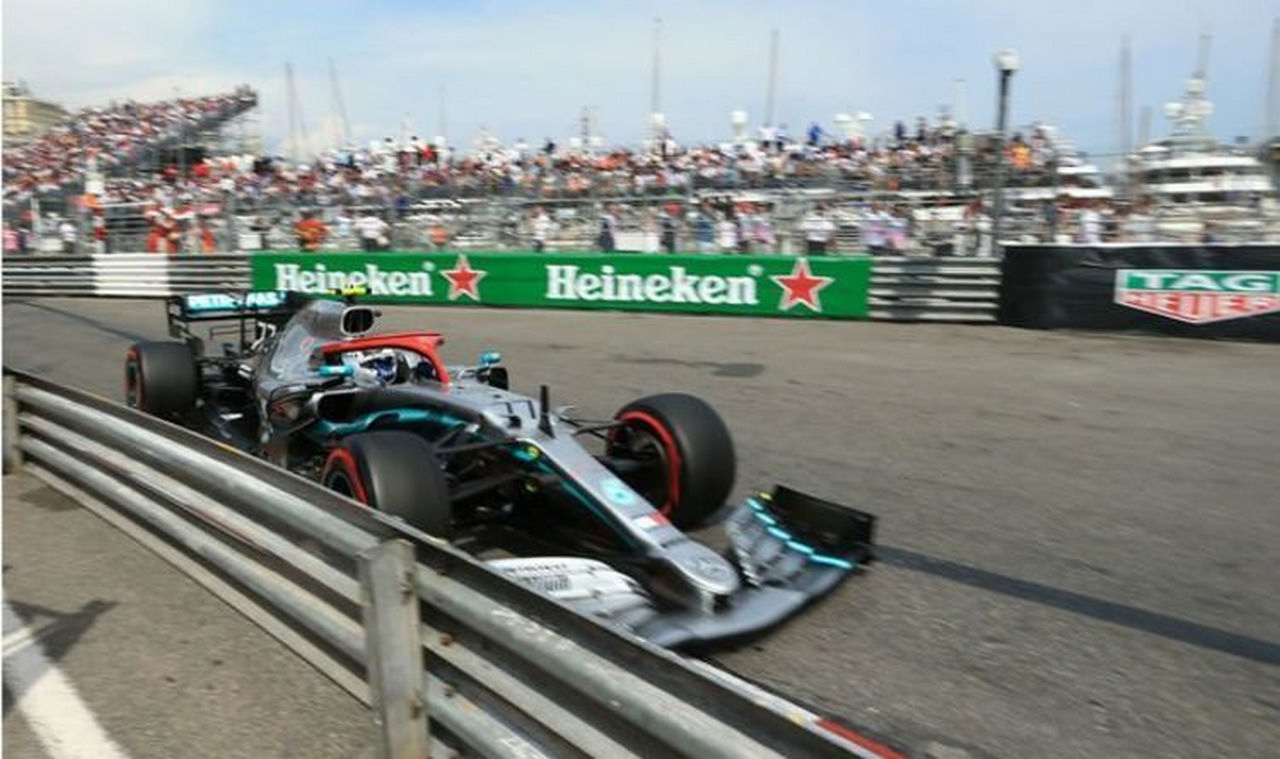 Formula One, correctly, reacted to the death of Jules Bianchi by biting the bullet and making the halo cockpit protection mandatory. The halo quickly filtered down to the lesser categories that make up the European road to F1: F2, F3, etc. Even Formula Electric had mandatory halos in place for the 2018 season.

The IndyCar Series was not nearly as quick. As of today, halfway through the 2019 season, IndyCar remains an open cockpit series. But Friday, at Indianapolis, it announced that the series’ car manufacturer, Dallara, and Red Bull had partnered to finish the design of a cockpit protector that some say will be superior to the halo. In fact, when James Hinchcliffe tipped me last week to the possibility of an announcement, he suggested some felt the FIA had moved too quickly on the halo.

Of course, it took about a nanosecond for someone in Europe to start trashing the IndyCar/Red Bull aeroscreen, suggesting it would fog up and so-on. What nonsense. Unlike the halo, it is designed to protect a driver in a roll-over as well as from foreign objects flying into the cockpit, which is what killed Justin Wilson. The halo is good for roll-overs but that’s about all.

I can never figure out jealousy when it comes to safety. When the HANS device was invented, and immediately adopted by F1 and IndyCar, it was obviously superior to anything else on the market. But it was seen as an open-wheel device, so many NASCAR drivers opted for something called the Hutchins device, which was far from being as good. The NASCAR guys, of course, influenced many North American short-track racers who, frankly, put their lives at risk by not going with the HANS. NASCAR finally smartened up and made the HANS mandatory and other head-and-neck devices soon disappeared from the scene.

Let’s hope that when Dallara and Red Bull put the finishing touches on the aeroscreen, it will be adopted by all open-cockpit series across the board. And yes, that includes Formula One.

I was at the Indianapolis Speedway at 5:30 a.m. Sunday morning. I like to beat the crowds. I saw the F1 race on television in the Media Centre and, of course, covered the 500 for the Toronto Star. I must say I didn’t really see enough of the NASCAR race to comment at great length.

However, I did see the last five laps of the Coca-Cola 600 and I have to say that the move along the bottom by winner Martin Truex Jr. (Cole Pearn of London, Ont., is his Crew Chief) was reminiscent of War of Will’s drive along to rail to win the Preakness horse race in Baltimore last weekend.

And Darrell Waltrip getting choked up when looking out at a packed Charlotte Motor Speedway on Memorial Day weekend in the United States of America.

That’s it for this week.