Still offered in base four-cylinder and V8 coupe and convertible versions, the GT’s 5.0-litre Coyote V8 will make over 480 hp, and become the most powerful Mustang GT ever, while a new performance version above that, the Mustang Dark Horse edition, will be offered with over 500 hp. Ford didn’t release any specific power or acceleration figures for the base Mustang but did say that the 2.3 turbocharged four was an all-new and more powerful design. 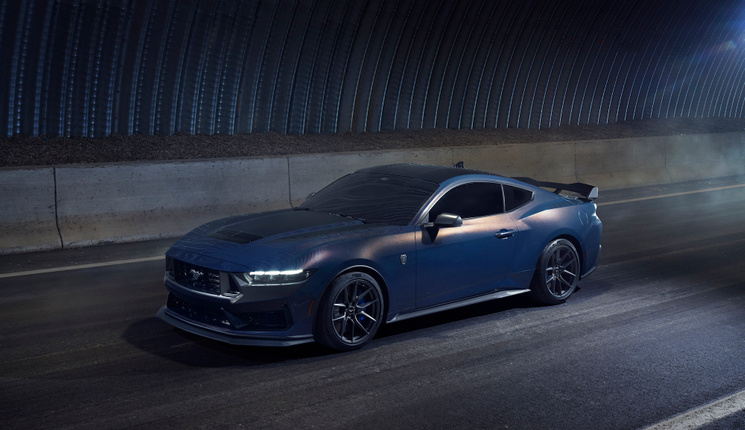 The Dark Horse is the first new Mustang performance line since the Bullitt in 2001, says Ford, and will come standard with a six-speed manual transmission with a specially 3D-printed titanium shift knob, or with a paddle-shift 10-speed automatic.

With the Mustang, Ford says all its electrification efforts are housed in the Mach-E, unlike rivals who plan to electrify their two-door sports cars, either fully or partially – a not-so-subtle dig at the Corvette and Challenger. 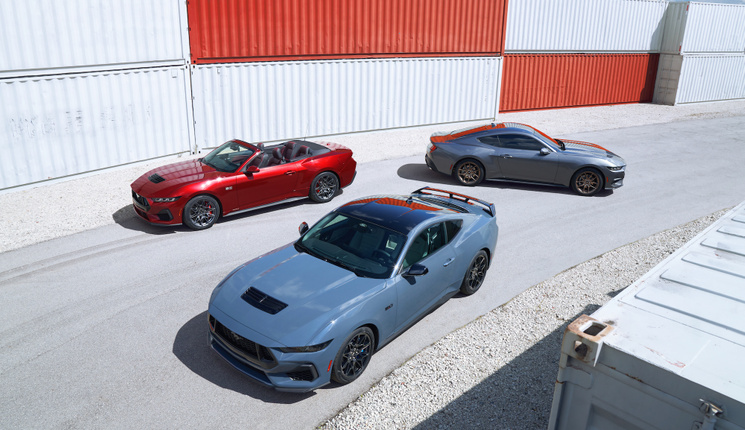 At a design briefing earlier that week, it quickly became clear that though the Mustang is still a clearly attractive machine in either coupe or convertible models, it’s not massively different from current Mustang versions visually, though it does look sharpened up and modernized. Ford had lined up the four-cylinder and GT models next to each other to note their exterior design differences, saying that from the front, only the headlights with its Mustang logo are the same, with revised sheetmetal for both. 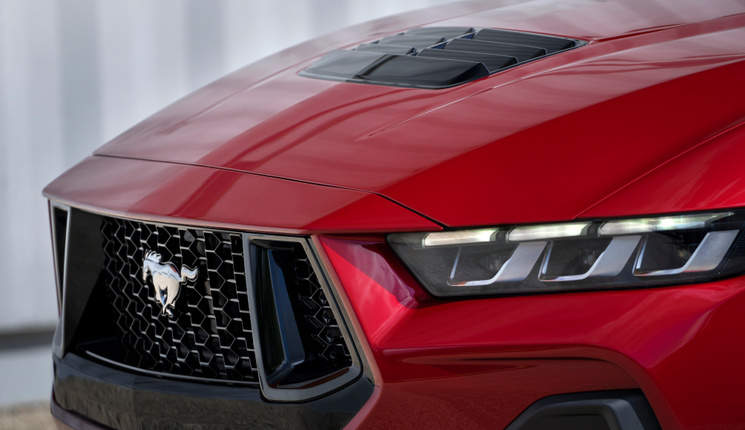 The GT’s most distinctive feature is a black air extractor that more closely resembles prior Shelby performance versions than the twin nostrils of the current model, as well as the quad rear tailpipes compared to the two of the EcoBoost model.

“The outgoing sixth-generation model was the global car; its the one that introduced Mustang to the world,” said exterior designer Chris Walker. “This one is more classic American muscle.”

Unique bronze accents on the pony badges and wheels are new for 2024, which continues with the bronze-themed Unbridled performance mode first seen inside the Mustang Mach-E on its large graphics screen. 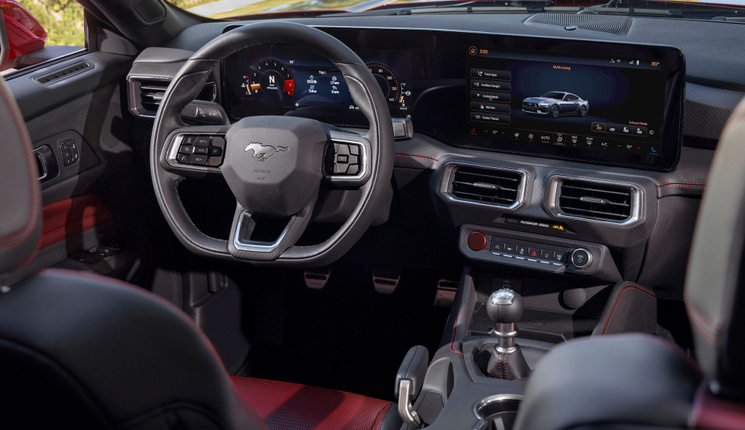 The interior of the new Mustang reflects and upgrades some of the advances made in the Mach-E, while adding new configuration abilities on the 12.4-inch standard screen, or the larger 13.2-inch screen that’s modeled after a fighter jet cockpit, with the centre screen canted to the driver. Some buttons have been removed, namely the ones for the climate control but they kept the volume knob and used the space for wireless charging.

All Mustangs now receive a flat-bottom steering wheel as well as thumb indents that truly did feel much sportier than the former one they had on display for comparison.

That parking brake lever now has a dual function, not only to house the Mustang name on the bolts as one of many Easter eggs. Option the Performance Pack on either four-cylinder or V8 models, and it will offer a new electronic drift brake system to help you powerslide around in full, rubber-squealing fashion, while also adding a tower brace, Torsen limited-slip differential, and available active MagneRide suspension. 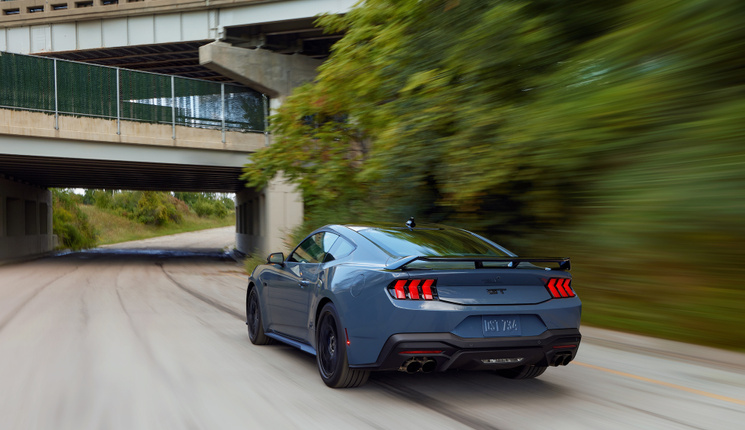 The electronic drift brake was developed in tandem with drifting pro Vaughn Gittin Jr, and like stability control systems, can be adjusted to allow for varying slip angles.

Also new and unique is an Active Pothole Mitigation system, included with the Performance Package, which continually monitors suspension, body, steering and braking input and helps the suspension adapt to preserve comfort and components as much as possible.