Owners generally agree the Toyota 4Runner’s quality runs deep, although some accuse Toyota of pinching pennies — and endowing the beast with the horn of a clown car.

Go bold or go home crying seems to be the sentiment etched on the Toyota 4Runner’s fascia.

The 4Runner returned as one of the few genuine body-on-frame sport utilities when the fifth-generation truck was introduced for 2010, evidenced by its tall, step-in height and the fact your pant leg will brush the running boards clean every time. D’oh.

RELATED: The Best Looking Toyota Cars of All Time

The wheelbase matched that of the outgoing 4Runner, but the slab-sided body was cast longer, wider and about 60 kilograms heavier. The chassis featured a double-wishbone front suspension and a four-link rear suspension with coil springs managing the solid axle. Despite the body-on-frame construction, the 4Runner rarely exhibited errant squeaks or rattles.

Designers gave the roomy interior a geometric, almost industrial theme with some hard plastic surfaces intermittently dotted with soft touch points. Oversized climate controls allowed the driver to keep his or her mitts on. 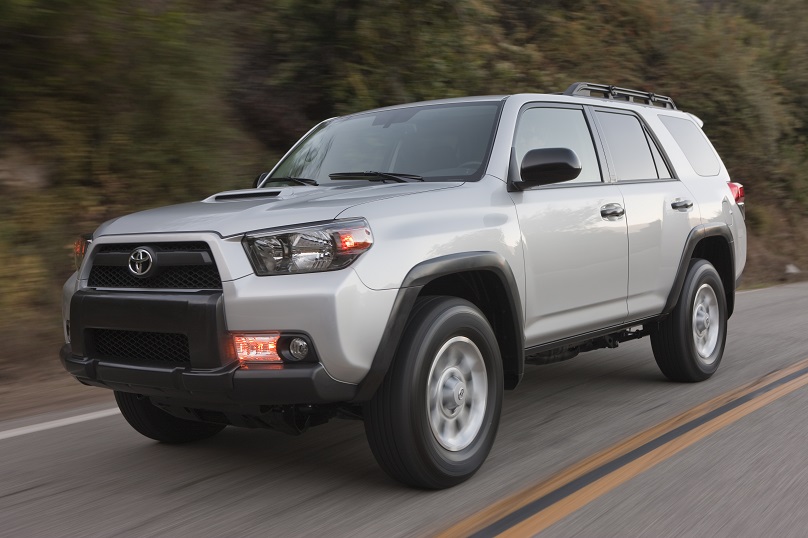 The on-the-floor seating of previous 4Runners was corrected somewhat, while head and knee clearances remained generous and the sightlines were good all around. The broad rear bench was raised higher, helpful for kid folk. There was ample space for five occupants; an optional third-row bench added two spots for smaller passengers. Cargo loading in back was aided by a slide-out tray that held up to 200 kg.

Almost every 2010 and newer 4Runner is powered by a 4.0L, DOHC V6 making 270 horsepower (10 more than the old 4.7L V8) and 278 lb-ft of torque, tied to a standard, five-speed automatic transmission. There was a rear-wheel-drive base model with a 157 hp, 2.7L four cylinder sold briefly in the U.S., a couple of which may have crossed the border.

The 4Runner got a mid-cycle refresh for 2014 that included a more deeply etched and scalloped front fascia, LED taillamps and a revised interior that was markedly upscale.

DRIVING AND OWNING THE 4RUNNER 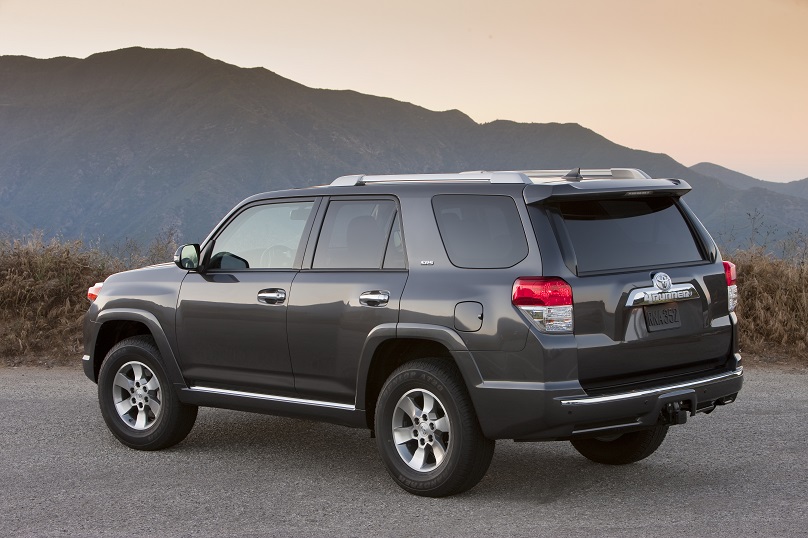 With the V8 retired, the new six-cylinder was left to do the heavy lifting — or hauling, with its useful 2267-kg towing capacity. The 4Runner took a ho-hum 7.8 seconds to accelerate to 97 km/h. Drivers had to step into it to awaken the motor, which occasionally stumbled off the line. It failed to impress some seasoned 4Runner owners.

“I don’t believe the horsepower is adequate for the mass of the vehicle. It needs to downshift constantly in order to get up the slightest incline,” grumbled one driver online, mourning the old V8.

The 4Runner’s strength is its crossover-like composure, displayed when running smoothly and quietly on a freeway or crawling over the Canadian Shield at 5 km/h. An adroit suspension complemented by high-profile tires isolates the cabin from knocks and vibrations while stepping over lumpy trails. The downside is a sloppy unwillingness to corner concisely or hold to a straight line at speed.

Assembled in Japan at Toyota’s Tahara plant (some were also built by Toyota’s Hino truck division), the 4Runner enjoys a sterling reputation for reliability. Still, there are a few reoccurring complaints by owners, mostly minor irritants of note.

There were some leaking shocks, prematurely worn wheel bearings, bad batteries and door lock actuators, as well as weak liftgate struts. A few owners got their transmission serviced to address the annoying hesitation. Some driver’s seats required new lumbar supports and servo motors.

Owners generally agree the 4Runner’s quality runs deep, although some accuse Toyota of pinching pennies — and endowing the beast with the horn of a clown car.

Tell us about your ownership experience with these models: Hyundai Veloster and Scion iQ. Email: toljagic@ca.inter.net .