Ruf's Rodeo concept is named for Rodeo drive, because it's inspired by that shopping street as well as the 2011 Ralph Lauren Western Collection.

Porsche tuner and automaker in its own right, Ruf, has now built the first production version of its new SCR, a modern car built on a carbon fibre chassis that looks like a classic 911. They’ve also introduced a new concept car, the Rodeo is a look at what a desert-running, luxury 911 could look like.

Ruf is probably best known to Canadian enthusiasts for the Yellowbird CTR that’s famous for a cracking lap around the Nurburgring with test driver Stefan Roser behind the wheel, or for its ability to hit 340 km/h way back in 1987. Otherwise, they’re known here for being a stand-in for official Porsches in a host of classic video games like the Gran Turismo and Forza series.

The SCR debuted at the Geneva show way back in 2018, and it’s an impressive feat for any automaker. They’ve taken the bones of the 911 and reimagined them in steel and carbon fibre. The Ruf monocoque chassis uses an all carbon floor section along with steel for the crash structures including in front, in the rear, and rollover protection. 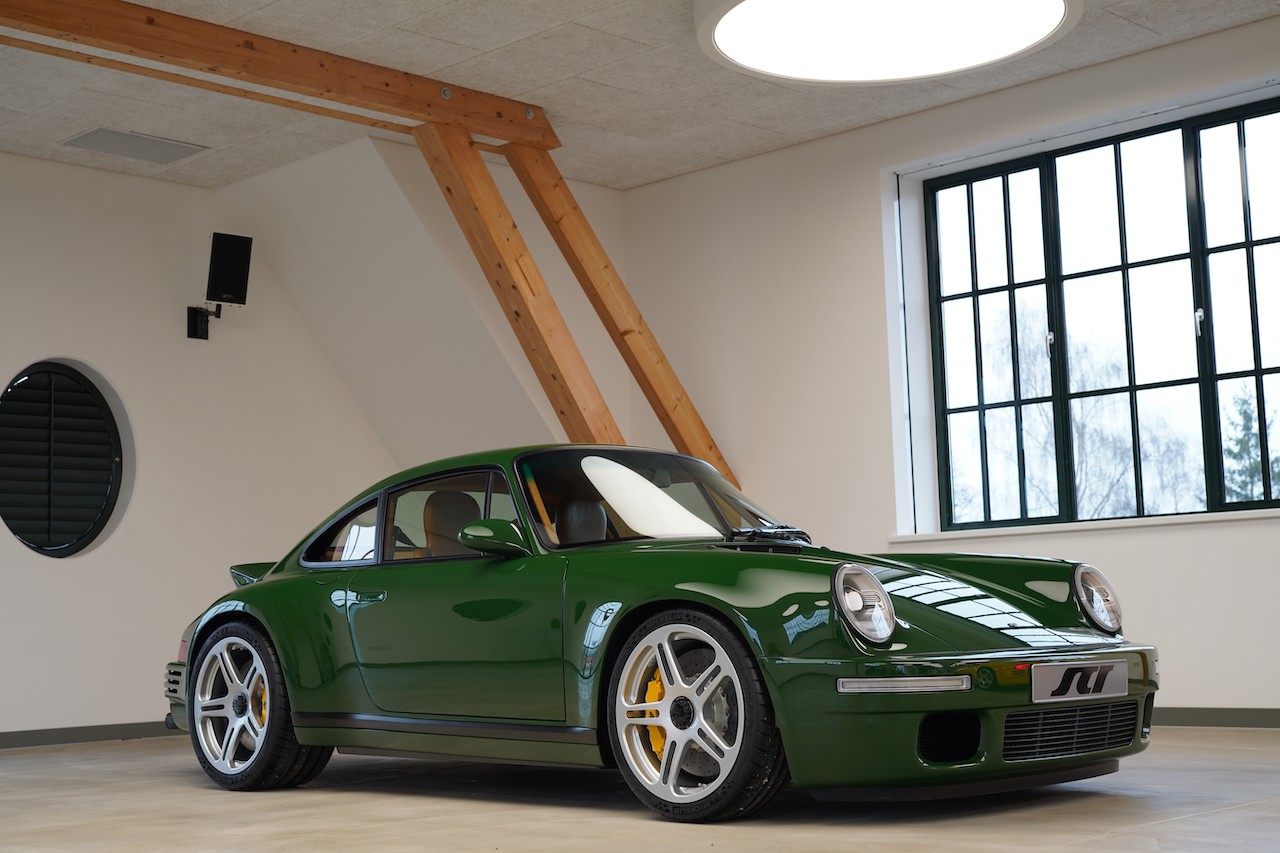 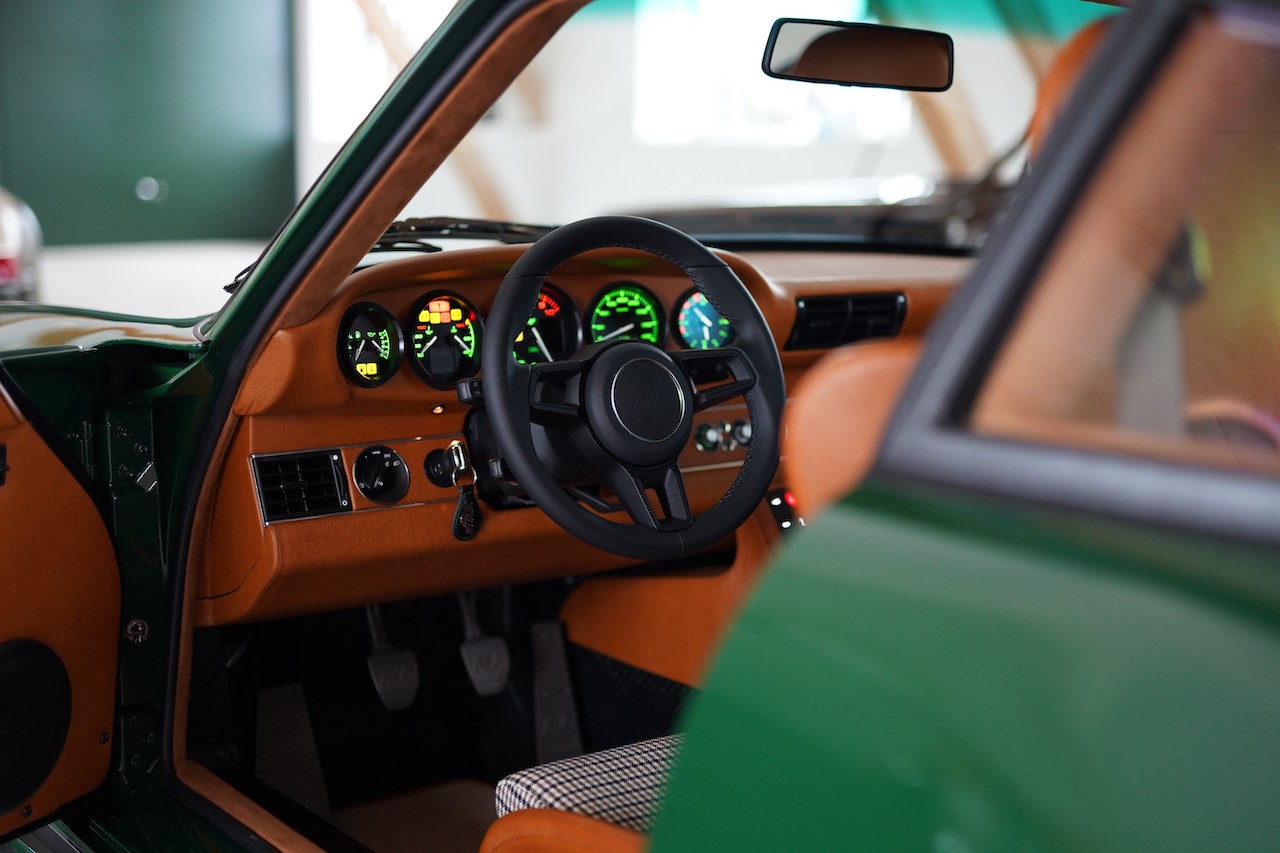 For the body, though, they’ve made it look like a 964-generation 911, the 1989-1994 version, the last of the air-cooled cars. Ruf puts on its own front fascia and wider fenders, and a small ducktail spoiler in the back. Power comes from a 4.0-L naturally aspirated flat six that makes 510 hp and lets the SCR hit 320 km/h.

Ruf’s Rodeo concept is named for Rodeo drive, because it’s inspired by that shopping street as well as the 2011 Ralph Lauren Western Collection. It uses the SCR’s carbon monocoque chassis like the SCR, but this one’s fitted with four-wheel drive. Like the latest trend of Safari 911s, this one’s lifted and on off-road tires. Plus there are a host of off-road lights mounted to the nose to make sure you can see where you’re going at high speed. 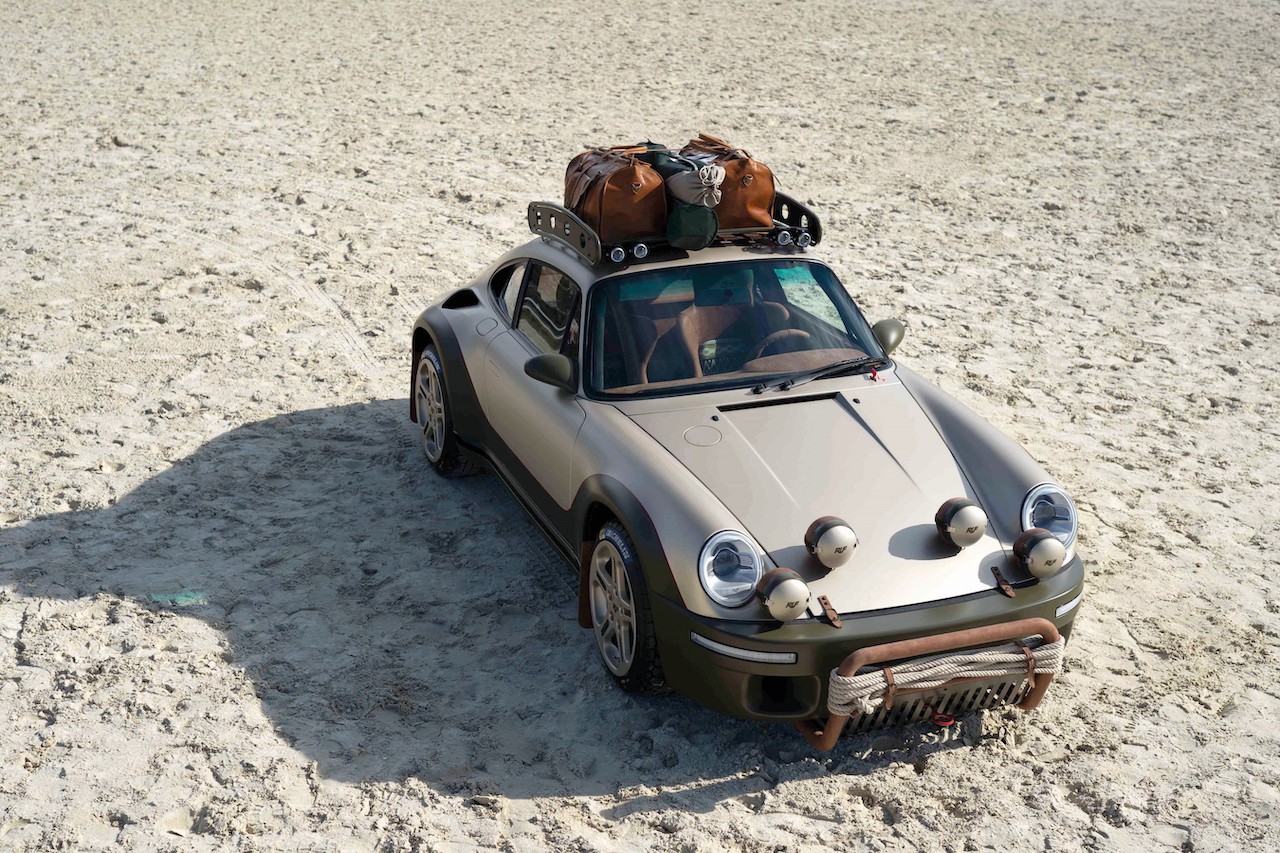 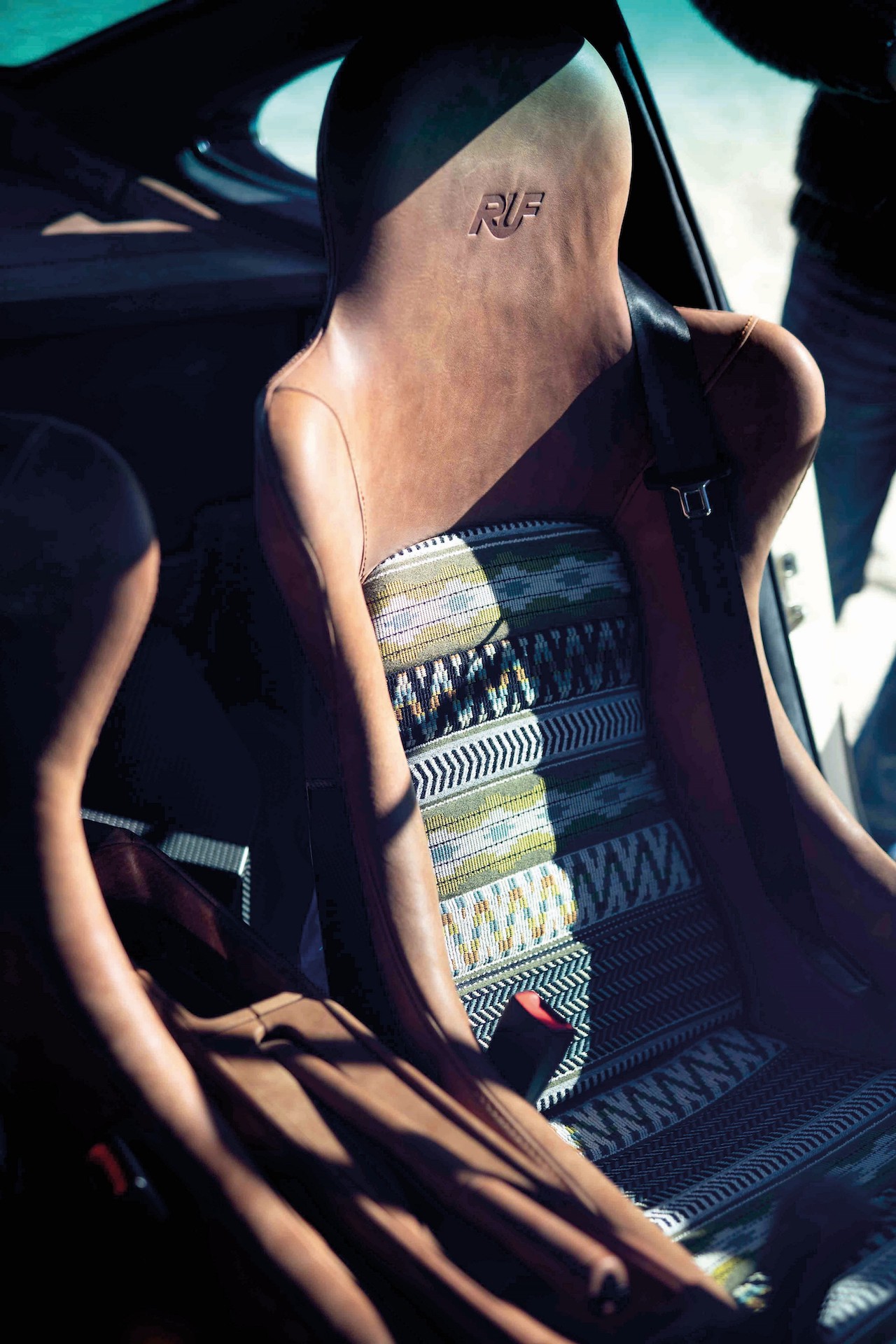 Not a rock crawler, this one’s more of a rough-roader. Meant to head through the desert or go quickly down rally stages thanks to the long-travel suspension. It can be powered by Ruf’s NA and turbo engines, meaning that up to 710 hp and 649 lb-ft of torque should be possible.

The Rodeo Concept also gets a pretty cool bull bar on the nose as well as a beefy roof rack and what passes for Outback-style cladding on a Porsche. No word on price for this one, or if it’ll make production, but looks like it’d be great fun in the sand. 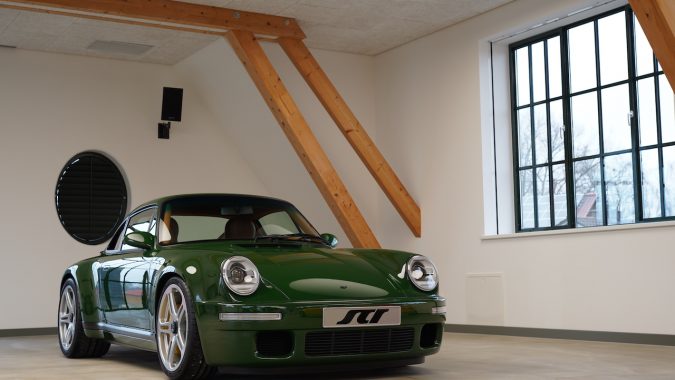 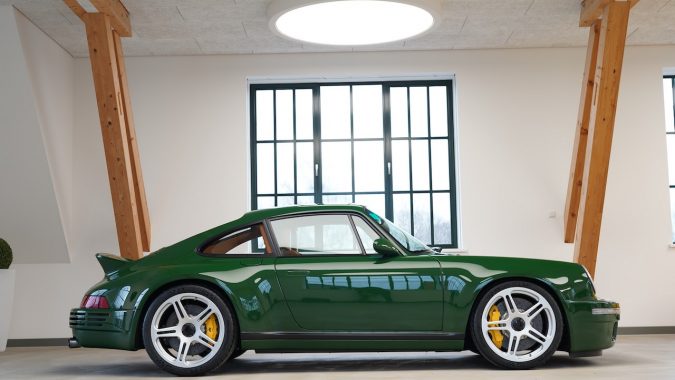 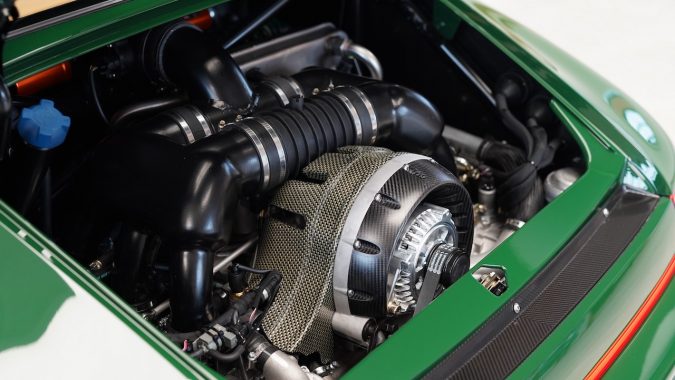 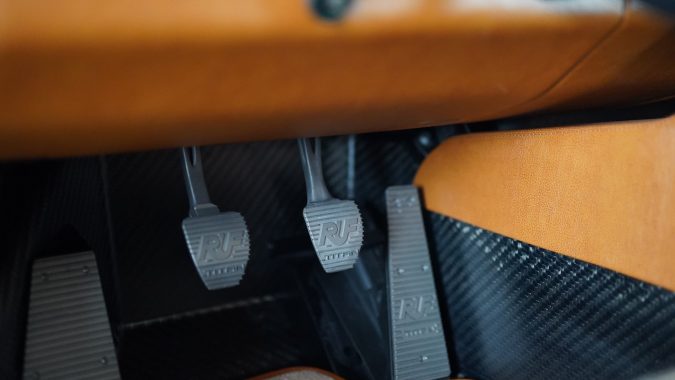 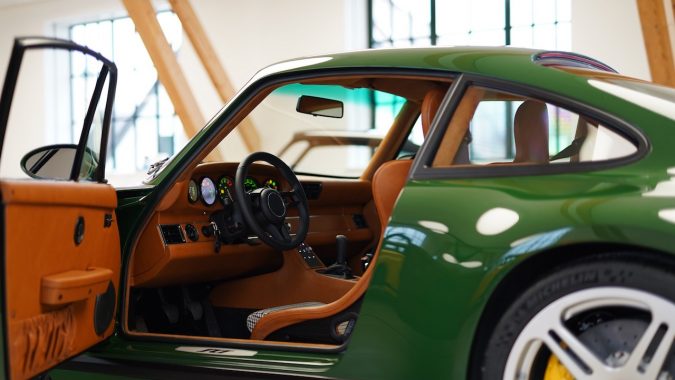 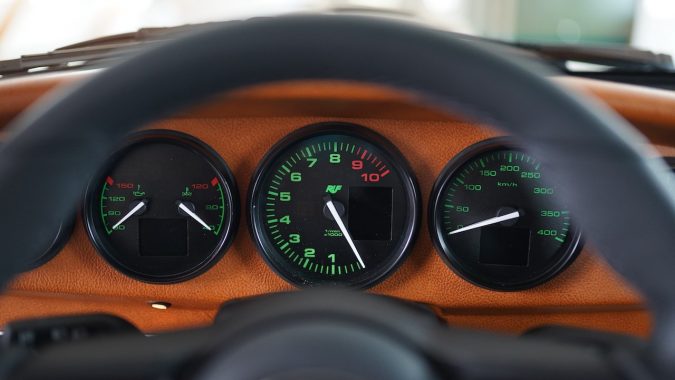 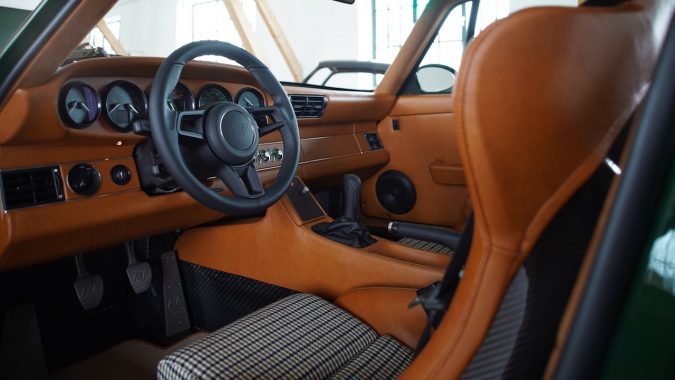 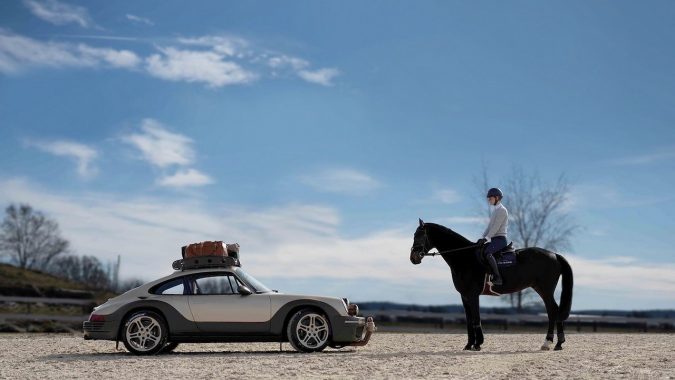 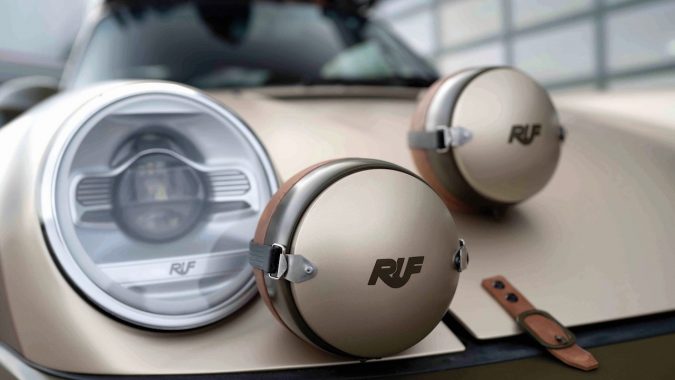 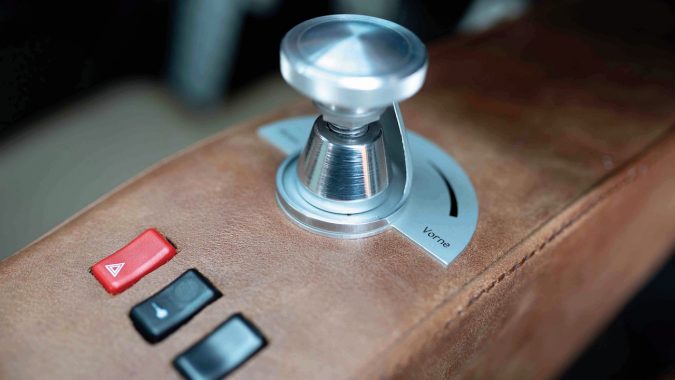 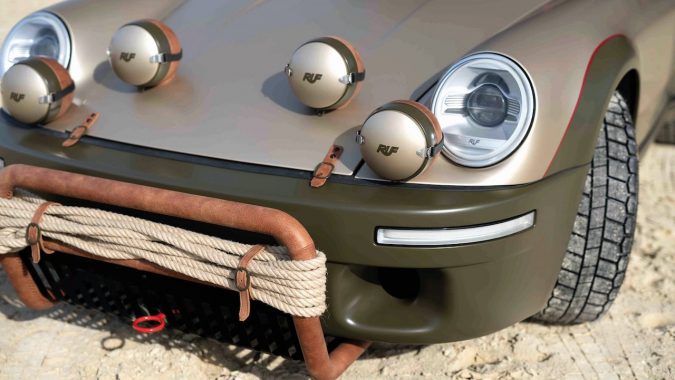 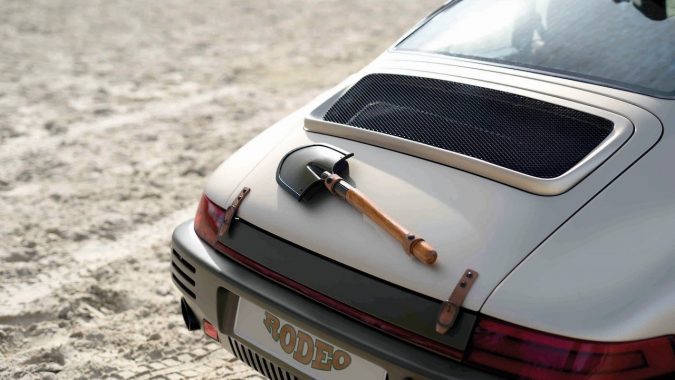