Rod Bremner Takes Another Turn Around the Track

For years, motor clubs or similar organizations around the world would put up money for a “Driver to Europe” fund so that local racing drivers of note could go to where the formula car action was and show their stuff.

Unlike today (it seems), talented drivers back then often lacked the finances that would allow them to spend a season racing in England or on the Continent against other ambitious athletes, all hoping to catch the eye of a Formula One team manager who might then hire them.

The late F1 legend Chris Amon was the recipient of such a scholarship, which took him from New Zealand to Ferrari. Jody Scheckter from South Africa, ditto. There were plenty of others.

In Canada, from 1972 through 1975, there existed a wonderful entry level class of the sport at Mosport (now Canadian Tire Motorsport Park) called the Formula Ford championship series, which featured an open-cockpit, open-wheel, single-seat race car powered by a 1600 cc engine. The champion would receive $2,500 from the series sponsor, the Bulova watch and clock company, and $7,500 from Mosport for winning the title.

There were a ton of entries, because the series was so economical. You could go racing all spring, summer and fall for less than $5,000 (about $30,000 today). And the entrants fell into two categories — the hobby drivers who raced for fun and the aspiring professionals who hoped to somehow make a living driving race cars.

This doesn’t mean that the hobby drivers weren’t as determined or as talented as the aspiring pros, it’s just that when push came to shove, they just weren’t as committed. Many had families and businesses or professions and they weren’t prepared to throw any of all of that away to take a flyer for eight months on the other side of the Atlantic where the standard of living would be hand-to-mouth, at best.

In 1974, a wonderful racer named Luke De Sadeleer (what a name for a race driver, eh?) won the championship. He’d been 28 when he’d started racing and was a little more hard-nosed about it all. In an interview I did with him a few years ago, he said this: “I got to the point I couldn’t see myself spending the money to keep up. If I’d started younger, maybe things would have been different. I would have been driving more with my heart. At my age (he was talking about the year he won the title when he was 31), I drove with my head.”

When De Sadeleer turned down the Bulova and Mosport scholarship money, the fellow who finished second in the championship, Rod Bremner, stepped forward and said he would go to Europe in Luke’s place. And so began an adventure that stretched over not one but two seasons and saw him come close to landing a ride that could have taken him places.

But it was not to be (he won the Formula Ford Festival in 1974 but was penalized 10 seconds for jumping the start), and Bremner finally called it a racing career in 1979 after doing a couple of seasons in IMSA sports cars. It came time, then, to buy the house and have the kids and settle down.

Last week, nearly 40 years after last setting eyes on the place, Rod Bremner went out to CTMP to take a look around. There’s been a lot of water under the bridge since he last raced there, and he wanted to see how the place had changed. He hadn’t gone back in the interim because, once you move on, there are other interests and responsibilities, and the opportunity simply hadn’t presented itself. Plus, he’s been battling Parkinson’s disease, which makes it a little tough to get around.

The day was arranged by his old racing pal, John Seymour, who’d helped him out toward the end of his career, and Bremner and his wife, Penny, were welcomed at the track with open arms. Track president Myles Brandt spent time with him, talking about the old days, and CTMP co-owner Ron Fellows even found time to take him around the circuit at top speed in one of his racing school Corvettes — something that really impressed the older driver who hadn’t been in a race car for years.

“It was amazing,” Bremner said afterward. “It was kind of a short ride in a car that fast, compared to a Formula Ford. The acceleration pushes you back in the seat. Even the G-forces in the corners are amazing. Yes, there were G-forces before, but not like that. We were doing 150 miles an hour up the back straight; he would brake before the top of the hill going into (corner) eight. The Formula Ford would go, maybe, 130 up the straight and we hardly braked at all through eight.

“I wasn’t paying much attention to when he was braking and shifting, but the car is really incredible. I’m too old now to drive a Corvette, but if you took age out of it, I’d like to drive a car around here that has power. I never drove a car with real power at Mosport.” 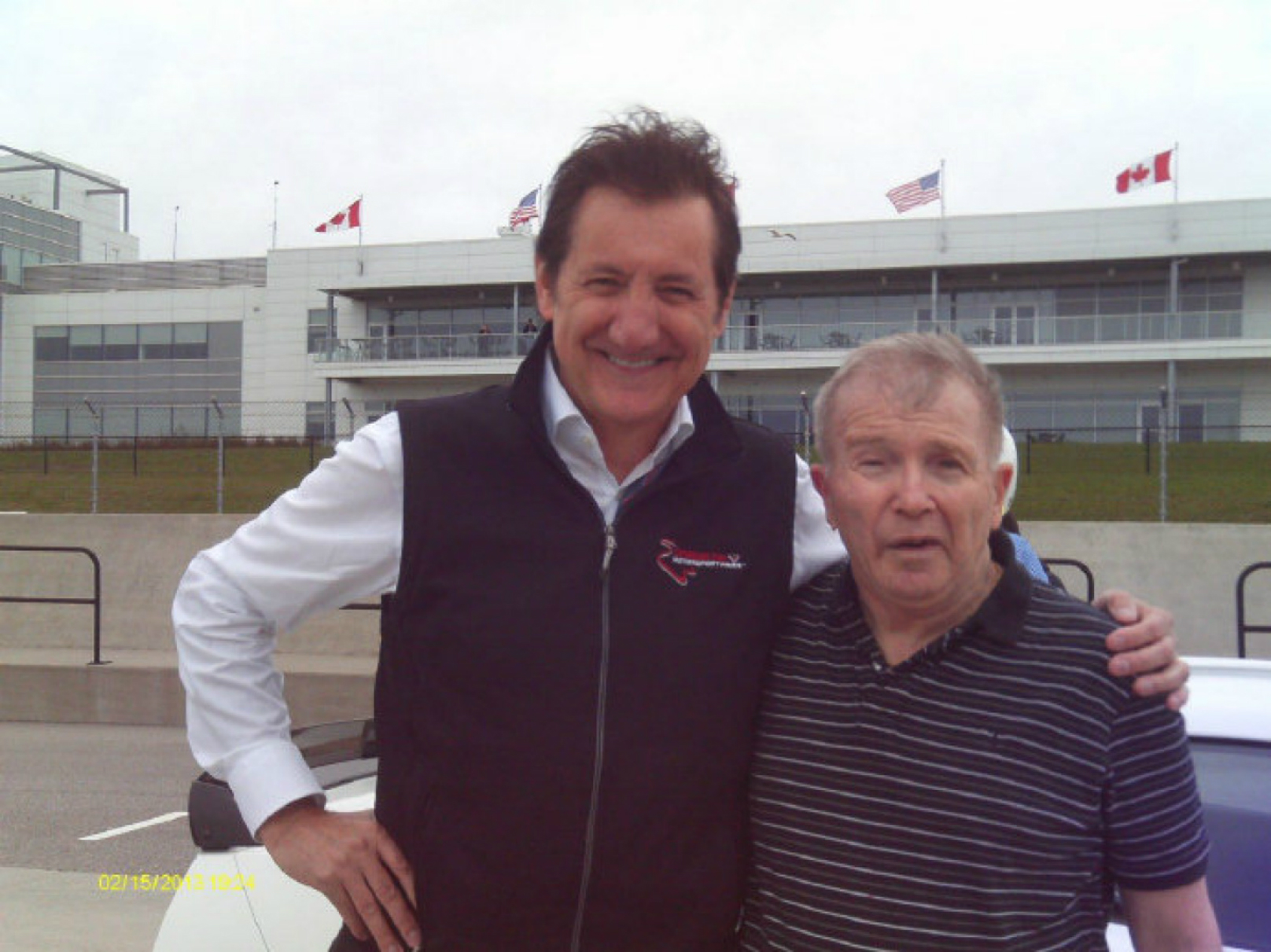 Here are some excerpts from an interview I did with Rod and Penny, who was marshalling when she met her race-driving husband.

∙ The place (Mosport) has really changed; the buildings and all the amenities they’ve got and the way it’s all been done, is just terrific. Nothing like the primitive place it was back in my day. The track itself hasn’t changed; it’s still a really tough place to get around quickly. It’s all the other stuff.

∙ I was 26 when I went to England the first year. Geoff Lees, who went to Formula One, was 19. I didn’t tell anybody my age. Gilles (Villeneuve) subtracted some years from his. I could beat him when we raced, but he was in the right place at the right time and took advantage. Good for him. I also ran the Quebec Formula Ford Series and finished second in that one, the season before we went over.

∙ I wanted to be a racing driver. That was my ambition. I worked (as a mechanic) and my mom and dad didn’t charge me rent so I could put everything I had into racing.

∙ If I could do it all over again, I would start earlier, in go-karts. I was 21 when I started sedan racing in 1969. After I’d learned a little, I went to Formula Ford. That’s the way it was back then — 21. The kids today have more of an advantage than we did.

∙ Lots of guys I raced against went on to have great careers: Derek Warwick, Geoff Lees, Jan Lammers, Derek Daly, David Kennedy, Arie Luyendyk. The racing over there at that time was more competitive, more cutthroat than over here. They weren’t making a living, they were there on money from home or they had sponsors. But they all wanted to advance in racing. There were South Africans there, Germans, Austrians, Dutch, Danish, all kinds. Lees was the toughest but also the most honourable. In those days, you had to have the talent to move forward. It wasn’t about the money. I didn’t get any offers (other than free cars to drive from FF manufacturers) because Formula Ford was entry level; you had to make it to Formula 3 in order to think about moving up. .

∙ Danny Burritt was the toughest guy (to race against) in that old Bulova series at Mosport. He went to England on the scholarship the year before me. He was talented and he was a clean driver. 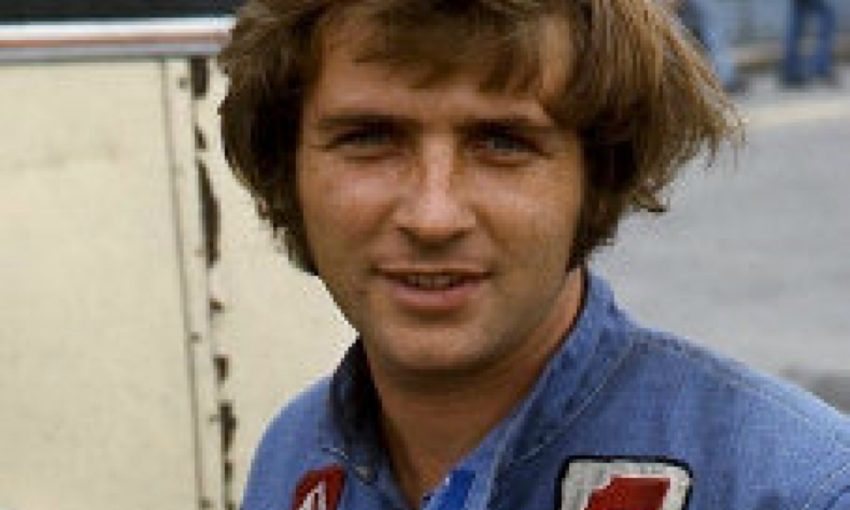 ∙ I started marshalling in 1958. My father didn’t, but my mother did. My mother used to be up by the pits. There used to be nothing here (at CTMP). Nothing. I’d be at (corner) five. We stood halfway up the hill. You can tell as they come through four, as they set up for five, you can tell when they’re not going to make it. So, my mother used to say, “You stand there, and if they do this up there, then you know it’s gonna happen and if you have to move, go that way because you have a lot of room to run.” My mother was Ruth Seymour; my aunt was Muriel Knapp, and Hal Knapp was her husband. I think what happened is that the London Automobile Racing Club needed marshals and so my mother and my aunt caught on to this. My mother said, “When you get to England, if you run out of money, you call me, and I’ll mortgage the house.” She meant it. She mortgaged the house at the drop of a hat. She’d pay it off and then whatever came along, she’d put a mortgage on to pay for it. She used to scare me to death.

∙ I met Rod through marshalling. It was most definitely not love at first sight. He was going out with my girlfriend. And then she dumped him. When I met Rod, I said, “What’s up with you?” And he said, “I want to be a racing car driver. If you want to get on board, fine; if you don’t want to get on board, fine, but this is where I’m going.” We had one year of courtship, and we got married in 1974, eight weeks before going to England.

∙ Nobody welcomed us in; we had to make our way in. We had to prove to them, day in and day out, whether it was in the paddock or on the track, that we belonged there. We had a right to be there. The first breakthrough came when we had to change an engine at Mallory Park. We had it on a post between our two shoulders — it was OK with me — and Polly Blanchet’s father came over and tore a strip off Rod sideways: “What are you making that woman do? She has no business doing that, you put that motor down.” The next thing we know, we have Mike Blanchet’s mechanic and a couple of other mechanics coming over to help with the motor, and Rod changed the motor. That was the first breakthrough. The second breakthrough came on the track. In England, you have 75 Formula Fords, you have 20 places on the grid. Start doing the math. You have three, five-lap qualifying races. He qualifies. He qualified for every single race. He did not miss one race in the 60 the first year. You start in April, and there’s at least one race every single weekend, and in a lot of cases, there’s two. We won at Zandvoort (in the Netherlands), and the crowd went nuts. Absolutely nuts. I have never seen anything like it in my life. The Dutch love their Canadians. We have pictures. It was incredible.

The Bremners survived the first year on the scholarship and the series money and they went back for a second year and managed to make it through on race winnings. There was no money to go back for a third year.

“When we arrived back home in mid-December after the second year,” Penny Bremner said, “a guy offered to try to find sponsorship, so Rod stayed home. I went out and got a job and we lived with his parents.

“When Rod saw that the sponsorship wasn’t coming, he said it was time for us to get moving. The plan was to go skiing, which we’d always wanted to do, so we did. He got a job, we bought a car and we lived for 18 months with his mom and dad and then we bought a house in Barrie.

“For a while, he taught women about motor mechanics at night school in Toronto. He made his own course and his own textbooks and taught them the basics. ‘OK, tonight we’re changing tires.’