In Gord we Trust: Bobcaygeon to Kingston in a Canadian-Built Charger

We decided to honour Gord, The Hip, and all things Canadian by travelling to Bobcaygeon and then making the drive down to Kingston, about three hours to the south.

For most people, there are certain Canadian events in which one can remember exactly where they were and who was with them when it happened. The Quebec Referendum, for example, when the country was glued to CBC watching a bar graph bounce around between Peter Mansbridge’s nipples. Or when Terry Fox began, and ended, his run.

Another keystone Canadian event for a lot of people in our country? The Tragically Hip’s final concert. News had come out months before that lead singer Gord Downie was battling terminal brain cancer, yet they graciously and righteously rocked their stadium tour, all the way to Kingston on August 20th. The beloved Canadian band played that final show to a hometown crowd at the K-Rock Centre, its last stop on the band’s Man Machine Poem tour.

More than 11 million people — nearly a third of Canada’s population — tuned in to the live CBC broadcast aired on television, radio, and online in which the band played from its 30-year catalogue for nearly three hours. Our national broadcaster showed the entire concert live on television without commercial interruption and I can tell you, with great clarity, where I was and who was with me as it played upon that small and dusty hotel room flat-screen set in rural Newfoundland.

After all, The Hip was a band being lauded not only for influencing the course of Canadian music but also as performers who brought their own style and were outspoken political influencers. They created a rhythm and language in their songs now spoken by two generations of Canadians fans. So important are The Hip to the fabric of our country that they were awarded the Order of Canada.

Bobcaygeon
The community immortalized in song by The Hip rests on the banks of the Trent-Severn Waterway in the City of Kawartha Lakes, a municipality created during a 2001 amalgamation that vacuumed up six towns, including Bobcaygeon. A viewing party held on the town’s main street for The Hip’s final concert was the largest public event in community history, with attendance made up not just of locals but also fans who travelled specifically to the town.

We decided to honour Gord, The Hip, and all things Canadian by travelling to Bobcaygeon and then making the drive down to Kingston, about three hours to the south. For the task we selected a Dodge Charger, a large rear-wheel drive sedan built right here in Canada by hardworking Canadian hands.

Driving down Bobcaygeon’s main streets, it’s easy to see how this slice of Canadiana has embraced the spotlight thrust onto it by a song released nearly twenty years ago. Although it was not specifically written about the town (which some say was chosen to complete a rhyme, Gord never officially said), the song has still been culturally associated with the place. For Hip fans, it draws special connection. 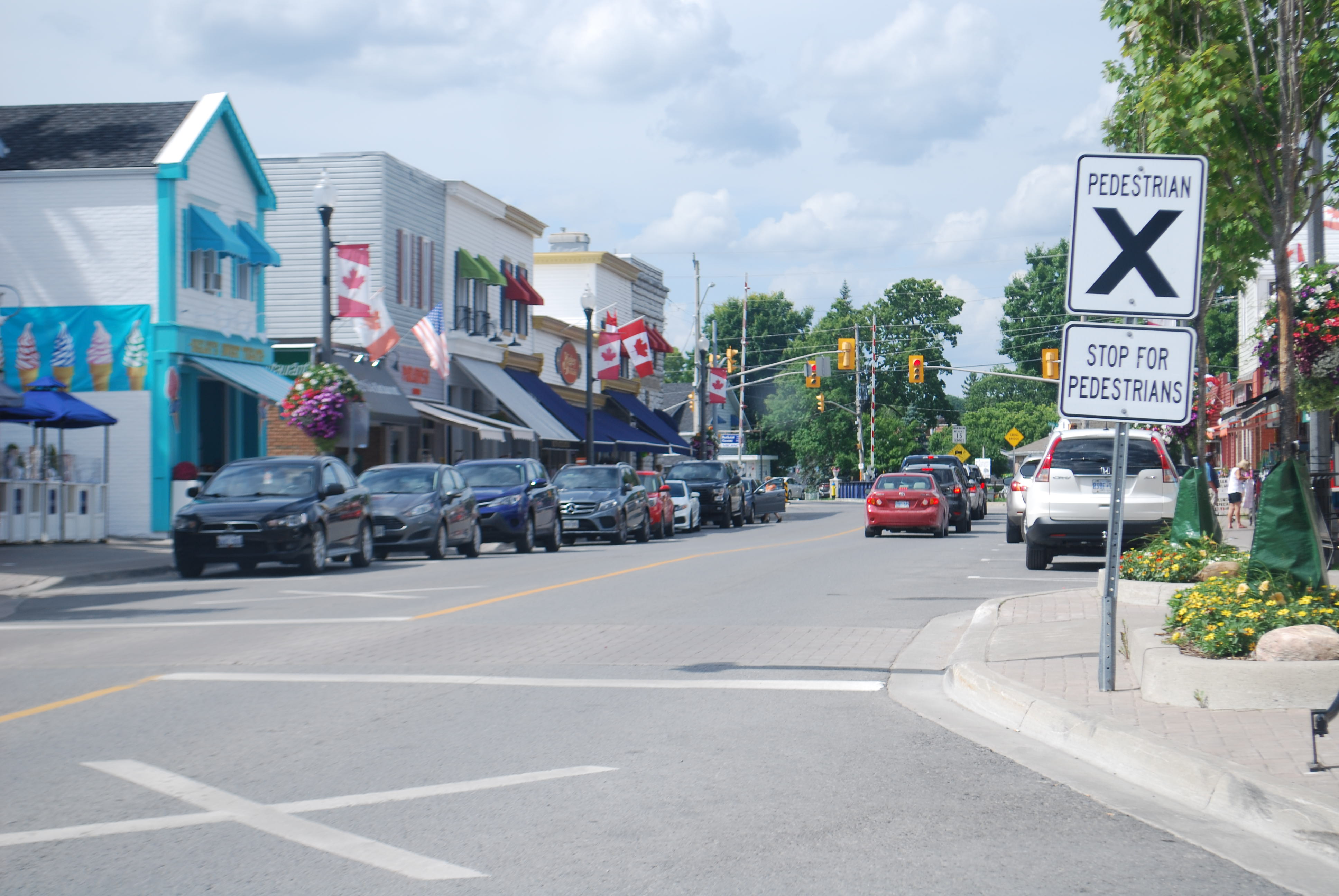 While it’s easy to imagine Bobcaygeon, population 3500, as kind of a Valhalla of Canadian rock, there are no super-duper marts greedily hawking Hip merchandise to rabid tourists. Sitting on the waterway’s grassy bank, I strike up a conversation with two local men as we watch the Parks Canada employee operate the controls for Lock 32, allowing water to spill fore and permit a pair of houseboats to continue their journey.

“There’s a few new businesses in town, and folks from the city have moved here and built houses, so that’s alright,” said the fiftyish man who’s a lifetime local. “It still has a close-knit feel.”

He’s right, too. Beyond a couple of shops with too-cute wordplay in their names, the main drag with its Home Hardware and car repair shops could be plucked from just about anywhere in the country. But you get the sense that locals are proud of their town not simply because of Gord’s lyrics, but in addition to them.

Climbing into the Charger, I set the satnav for Kingston.

Locked in the Trunk of a Car 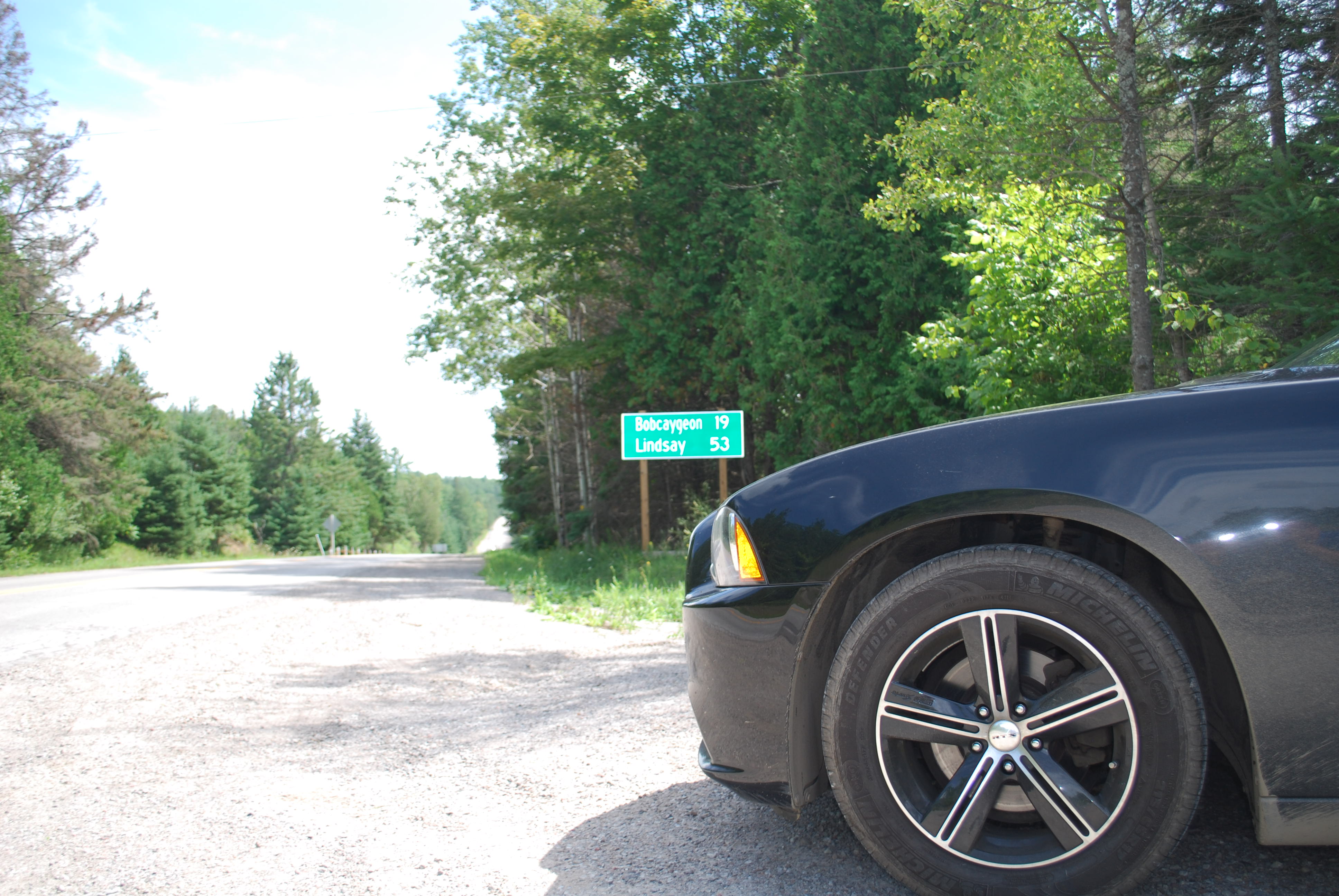 Critics of the Charger (and its platform-mate, the Challenger) will bleat that the machine hasn’t changed substantially in nearly ten years. In this, they are largely correct. The 2012 model we used for our journey isn’t fundamentally different than a brand-new model one can buy today. In fact, if you blindfolded the owner of a 2011 Charger and plunked them into the seat of a 2019, they’d be hard pressed to tell the difference.

To me, that’s okay. A lot of people find comfort in familiarity and, in this, the Charger and The Hip are similar. Gord and the band constantly reinvented their style (both in music and fashion) and no one would ever level the accusation that all their songs sound the same. Just the opposite, in fact. Still, there is a certain level of reassuring familiarity whenever a Hip song pops up on Spotify, not unlike sliding into a favourite pair of blue jeans. Or the driver’s seat of a Charger.

Haters will say the Charger shouldn’t have four doors, since its namesake was a burly two-door (calling it a coupe would be like calling the CN Tower a hut). The Challenger now fills that modern bill. I simply call this machine the Crew Cab Charger. 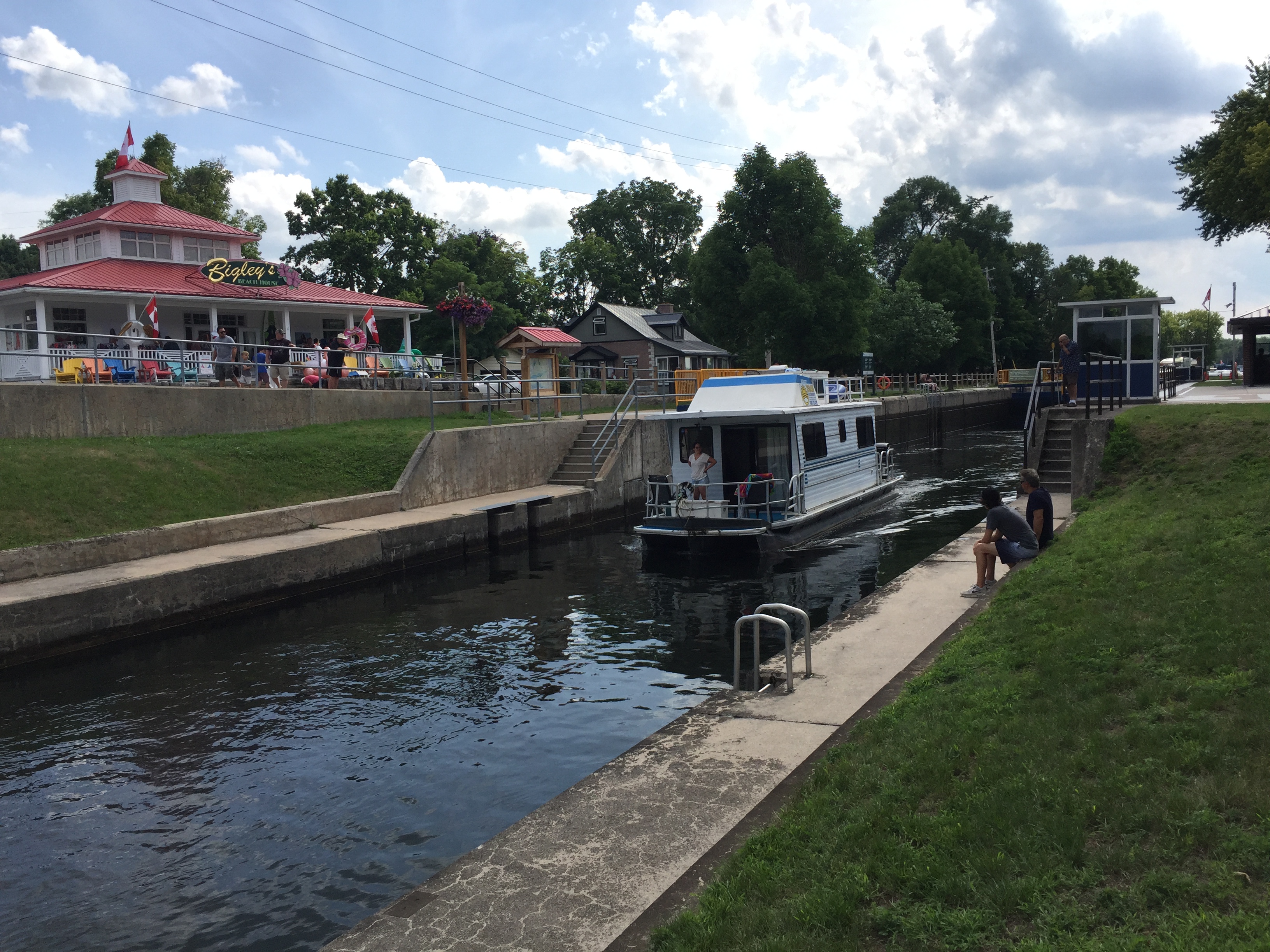 It’s true the Charger and Challenger have been undergoing major changes at the rate of glacial progression … but that doesn’t mean the engineering team at FCA is allowing the car to wither on the vine. Far from it, in fact. While the basic car remains the same, each passing year seems to bring more powerful and more outrageous versions of the car.

Last year saw the introduction of the Demon, a machine pumping out a psychotic 840 horsepower all channeled through a set of wide and tortured rear tires. Production of that model has now ceased but octane-fuelled shoppers can still get their power fix by way of a Hellcat Redeye trim that produces 797 horsepower and is endowed with fenders that flare like John Cena’s biceps. Dodge knows what their fans want and are more than willing to give it to them … with a couple of surprises thrown in for good measure. 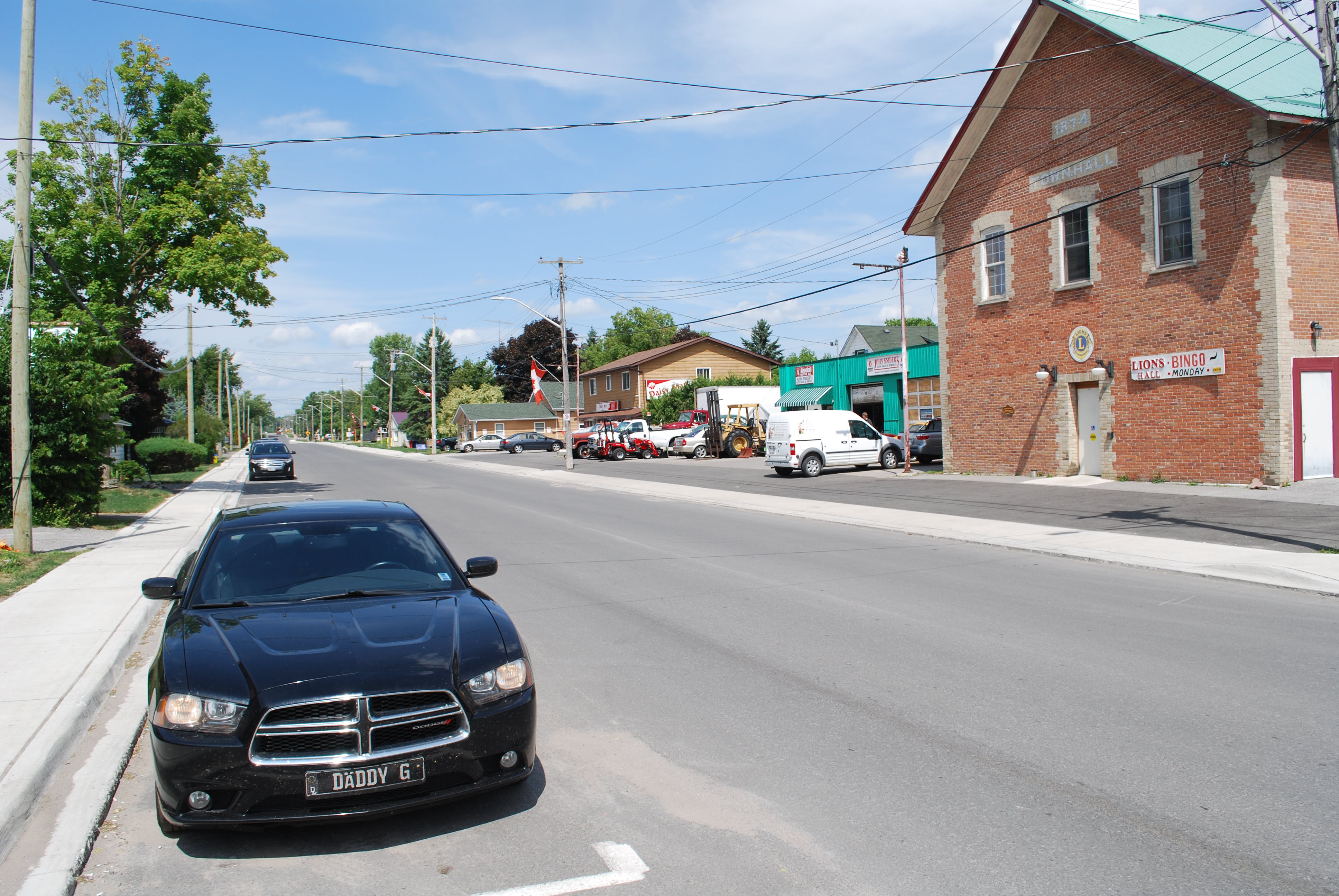 Not unlike The Hip, then. Over the course of their career, the band built and created an identity that cannot truly be understood outside our snowy borders. Sure, there are fans across the globe but Gord and the lads seem to transcend not only age but demographic in this country.

Their songs are played by my pals who are lawyers-turned-politicians and my moose hunting hoser buddies from high school. It’s a job to think of any other media capable of that, let alone a band.

The drive from Bobcaygeon to Kingston scythes through the heart of Ontario, right into and out of small Canadian towns where people eke a living out of honest work. I stay off the soul-killing 401 until the absolute last second, drinking in the atmosphere of farm tractors, repair shops, and small-town businesses. This is a long but pleasurable drive, reminding me of the things that make us Canadian, including the car that’s taking me on the trip. I’d do it again in a heartbeat. 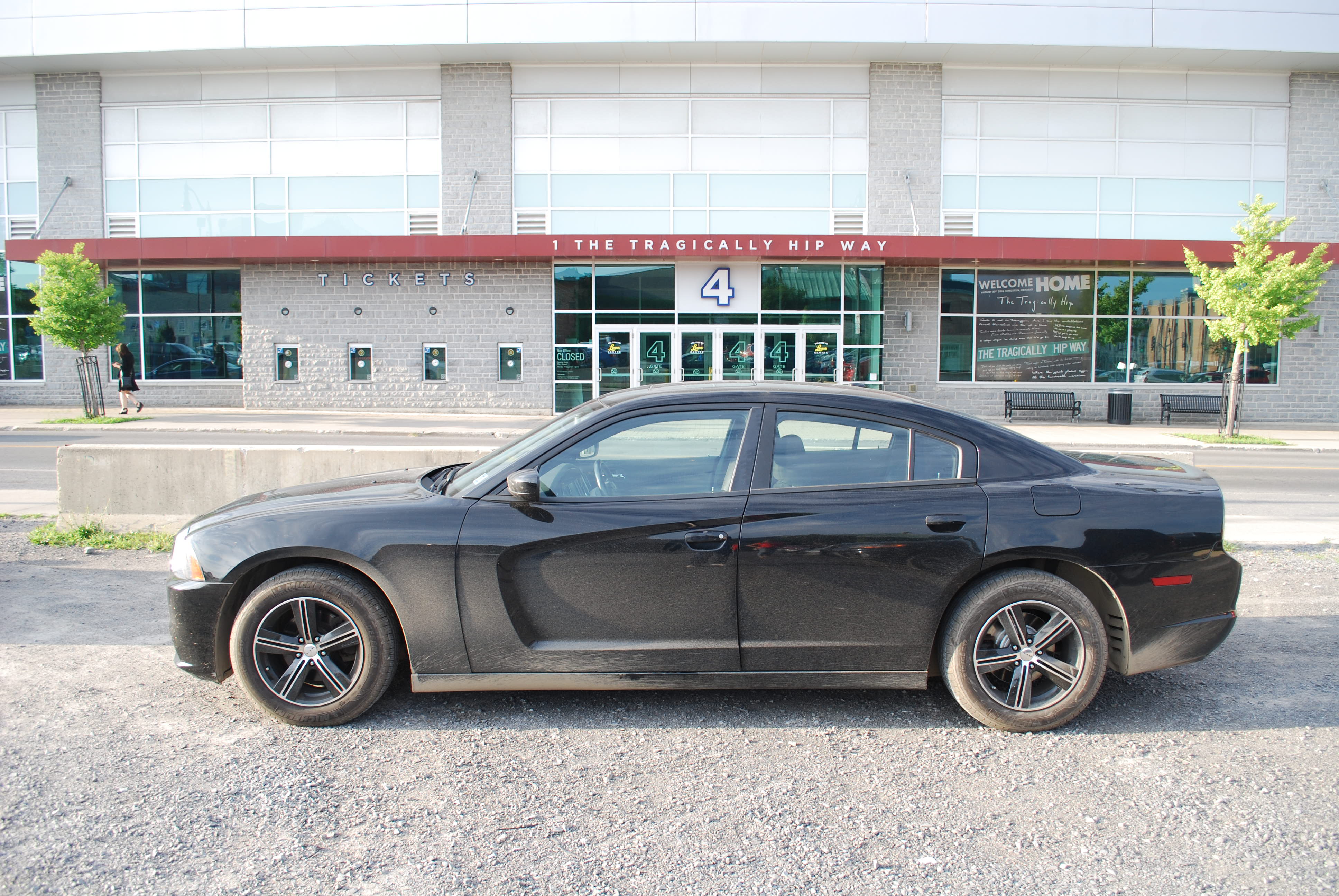 The town of Kingston renamed a stretch of tarmac in front of the K-Rock Centre as The Tragically Hip Way, a fitting tribute to a band who formed in the town when some of their fan base were but twinkles in their parent’s eyes. Nearing Kingston, I can’t help but note the Charger is comfortable, confident, a bit brash. I think Gord would have liked it.

Rolling into Kingston, with the band’s final concert location heaving into view, twilight is rapidly creeping into my rearview mirror. I spent too long in Bobcaygeon, chatting with locals while marvelling at the innovation shown by the river’s lock system and the town’s irrepressible vibe. So, too, have I lollygagged along my planned route, stopping to talk with a man who restores cars in his spare time when he’s not running a metal recycling business.

Scrappers are usually the hardest of the hard, and the man’s ZZ Top quality beard probably hid an extra fist, but this chap is soft-spoken and generous with his time. He asks what I’m doing in this part of the province. I tell him. He nods quietly. What happens next is so unreal it wouldn’t be believable in a Hollywood movie.

“I’ve most of their albums in my pocket,” he mutters from deep within his impressive facial shrubbery. Digging though his coveralls, he produces a battered iPhone 5. Sure enough, a large portion, The Hip’s discography is consuming a considerable chunk of its digital memory.

Transcend age and demographics? You bet they did. 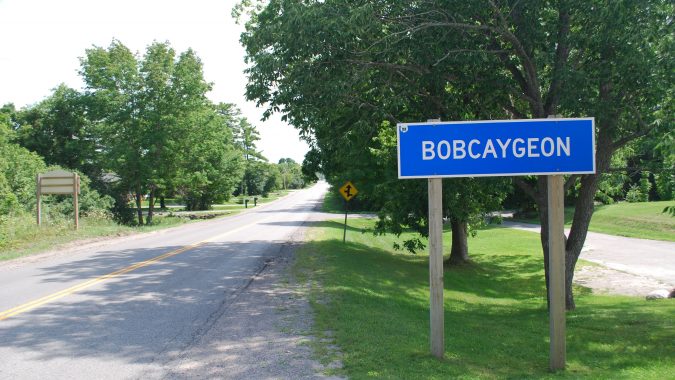 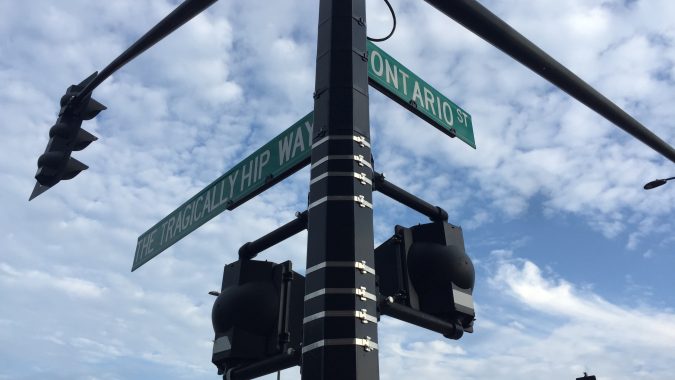 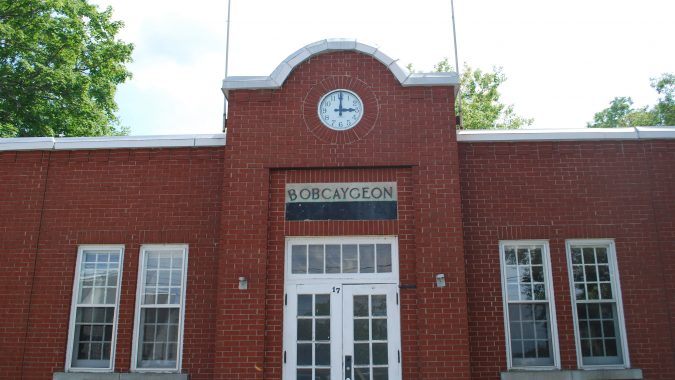 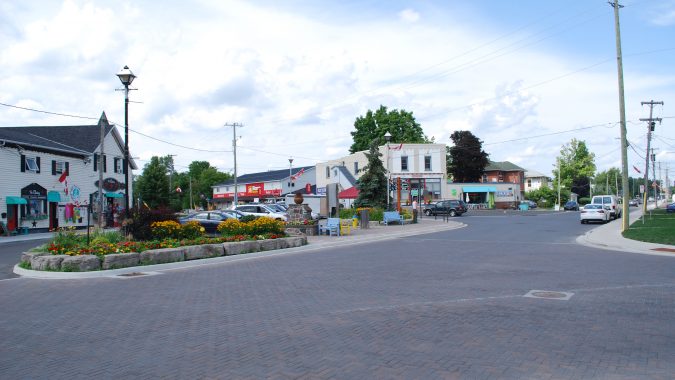 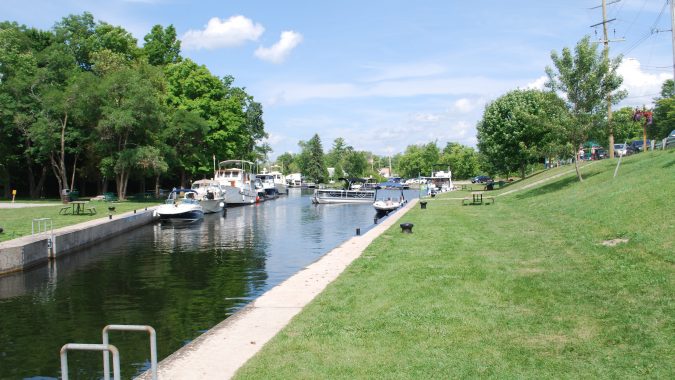 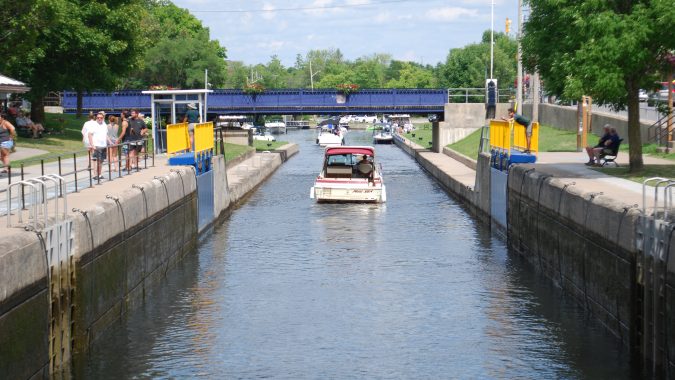 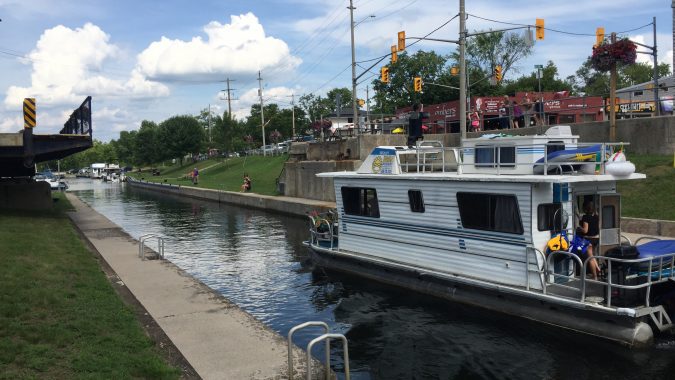 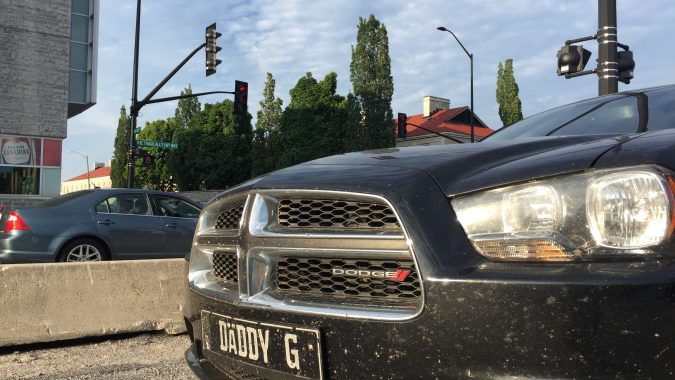 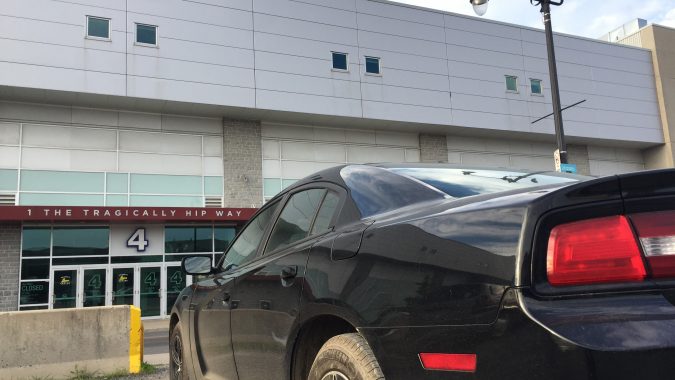 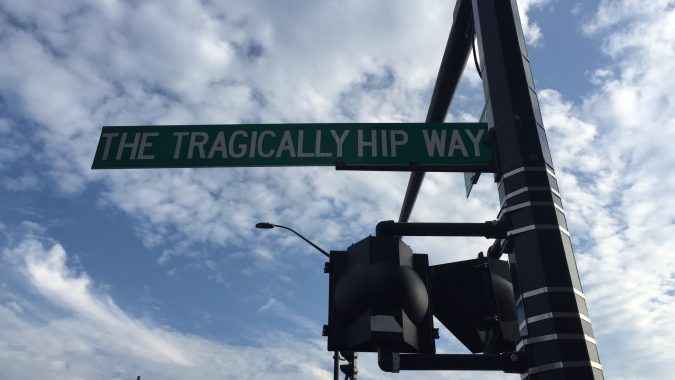