NEW YORK – New York City is not so far away ‘ an eight-hour drive on a good day. That’s how long it took me to travel down from Toronto in a BMW X5 SUV, so for the drive home, I thought I’d take the scenic route.

But the day began slowly. The Big Apple is a great city to drive to, but it?s a terrible city to drive in. Taxis give you no quarter, other cars push for space everywhere, and parking is horrific. Most every lot is staffed by valets who take your key and move your car somewhere out of sight.

I needed to stop at the Javits Center before leaving town and handed the Bimmer’s key to the parking attendant in the lot across the street. As I watched him drive away to some subterranean storage, I remembered my wallet was in my jacket on the back seat.

It was still there when I returned two hours later, which is just as well ? the parking charge was $57!

The valet did not look impressed with the $76,590 X5, but it doesn?t stand out in New York’s traffic. It may be the third generation of the German maker?s successful large SUV, but it still looks like a BMW, and Bimmers are everywhere in Manhattan.

More than 1.3 million X5s have been sold around the world since its introduction in 1999. It?s a common sight on the road now, and chances are the valet had parked plenty of them in his time. Aside from some changes to the lights and the grill, the new X5 looks very similar to the previous model. 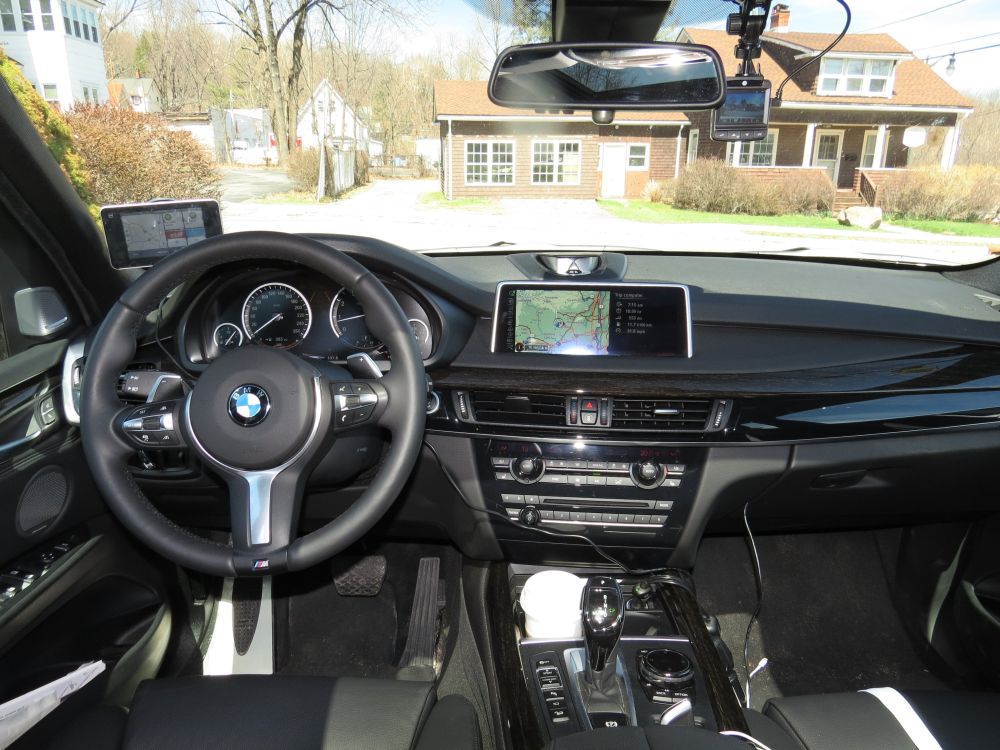 He might have been impressed with the high-definition dash screen from the back-up camera, which is as crisp an image as any on an iPad, but he didn?t show it as he waited for his valet tip.

I took the key, stuffed it in my pocket, thumbed the starter button and headed north to start enjoying the drive.

It?s a very pleasant route up through the Bronx and past the George Washington Bridge, following three-lane parkways beside the river that hustle traffic through the trees.

The BMW is as comfortable as you?d expect, with firm leather seats and a thick, leather-wrapped steering wheel that fits fully in the hand.

The 50i version I was driving is more powerful than you?d expect, though, making 445 horsepower and 480 lb.-ft. of torque from its 4.4-L turbocharged V8 engine. That?s an increase of 45 hp and 30 lb.-ft. from the previous generation.

The V8 is thirsty, of course, but not as much as I?d expected for such a large and powerful vehicle. Its official fuel consumption is 14.6 L/100 km in the city and 9.2 on the highway. My average consumption on mostly freeway driving ? with some cut and thrust in New York City ? was 11.7.

The X5 was gassed up (with its required premium fuel), but I wanted a coffee, so I stopped at a Starbucks in Dobbs Ferry. When I paused to pull back onto the highway, I found myself stuck between two vehicles and ended up blocking the junction. Two cops on motorcycles weren?t impressed.

‘Move that thing!’ one of them called as he threaded his Harley between us. ‘As soon as I can,’ I called back, and gave him a wave for acknowledgement.

At which point, he pulled over, jumped off the bike and ordered me to park. He took my licence and documents and gave me that look.

‘I don’t need no banter, no waving your hand at me, no wiseguy stuff,’ he said.

I was shocked. I apologized. The muscular confidence of the BMW SUV was completely overshadowed by the meek conciliation of its Canadian driver.

The cop peered inside at the BMW’s all-black premium leather and soft-touch plastic interior, handed back my documents without another word and left me to continue home.

It may have helped that I was travelling with a couple of gadgets borrowed from Canadian Tire: a Magellan GPS that was hopelessly small compared to the BMW?s navigation screen and, the clincher, a Hewlett-Packard dashboard camera that records video and sound whenever the vehicle is running. Our conversation was recorded, and that might have made it brief.

The coffee helped wash the bad taste of the encounter from my mouth, but I was less keen now to keep to the original plan of following the beautiful Taconic State Parkway north for 170 km.

Instead, I wanted a shorter, more direct route to Niagara Falls and home, and so I crossed the Tappan Zee Bridge and headed through Harriman State Park on the Grand Army Highway.

This is where the BMW came into its own, hauling effortlessly into the wind and letting me relax again as the city receded. This third-generation is more aerodynamic than before, with small deflectors at the front wheels and vertical blades at the rear window that reduce drag.

I could have switched with the push of a button to Sport or even Sport Plus, which would hustle me home more quickly with quicker responses from the throttle, power steering and eight-speed automatic transmission. Instead, with a long way still to go, I switched to Eco Pro, which toned down all those driving characteristics and adjusted the climate control.

As well, whenever I took my foot off the gas above 50 km/h, it decoupled the engine from the powertrain so the SUV could coast without needing fuel, but without the drag of engine braking. This all helped account for the better-than-expected fuel consumption.

It didn?t take long to make some serious distance; I could have driven all day.

But about half-way home, somewhere near Elmira, N.Y., the dash display pinged at me and showed a cup of coffee. It asked: Feeling tired? Need a break? The computer sensed the BMW had been driving several hours and was now wandering a little in the lane, with more sluggish driver inputs.

Yes, I thought, that’s a good idea. A 15-minute stop at a rest area beside the Susquehanna River was all it took to recharge, and then I thumbed that starter button again and headed home.

The vehicle tested by freelance writer Mark Richardson was provided by the manufacturer. Email: wheels@thestar.ca. 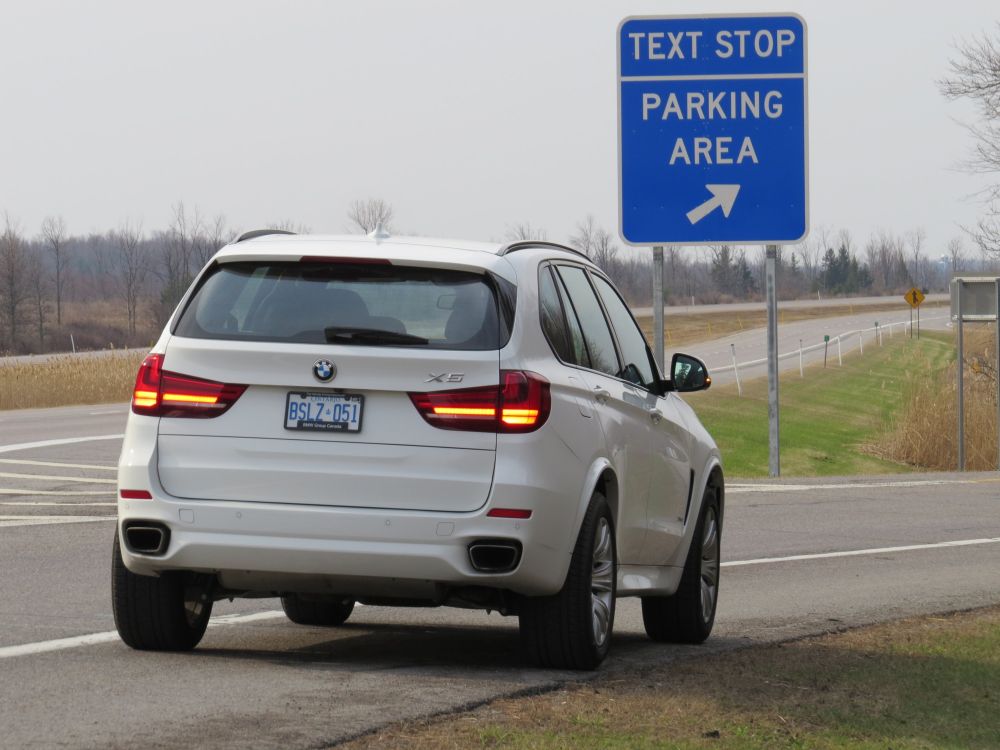