Based on a 1966 Chevrolet Chevelle and named Recoil, will live up to their expectations: it will sport completely new body panels and HRE wheels.

In the last few years a small tuner has been making lots of waves in the modified car market. Named Ringbrothers, the small company has made a name for itself by building radical, yet tasteful cars that have completely awed the resto-mod scene. Each year, the two brothers present a car at the SEMA Show, and this year is no exception.

After last year’s unveiling of their yellow De Tomaso Pantera dubbed ADRNLN, the bar was set pretty high for Ringbrothers. However, there is a good chance that their next project (based on a 1966 Chevrolet Chevelle and named Recoil) will live up to their expectations: it will sport completely new body panels and HRE wheels.

Under the hood, Ringbrothers announce interesting changes: an LS7 engine block (the same found in the C6 Corvette Z06) fitted with a Whipple supercharger kit and Flowmaster exhaust. Power figures are very respectable, with an announced 980 horsepower.

The Recoil will be shown for the first time at the SEMA Auto show on November 4th in the Royal Purple booth. Car Guide will be there to admire it (and all the other vehicles there) when it is unveiled. 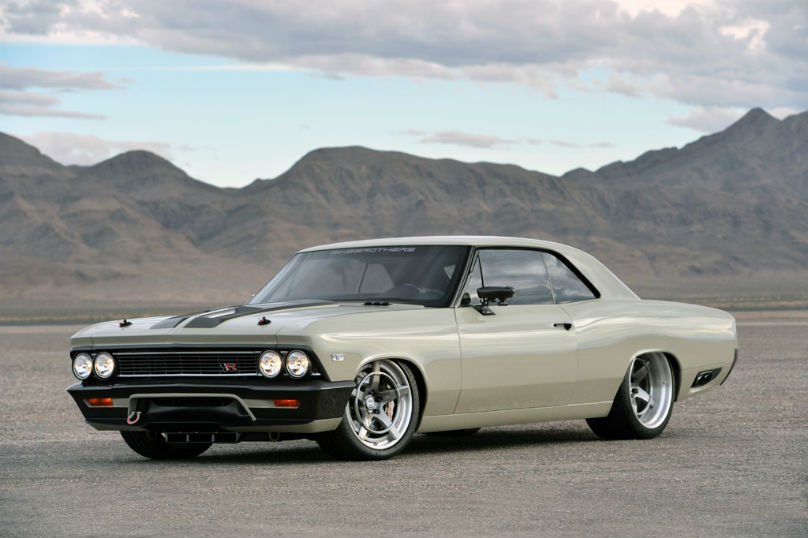 In other news, Mopar teases fans before SEMA 2014.