Snowmobiling is booming thanks to COVID-19

COVID-19 has created a snowmobiling boom in Ontario, with more people strapping on their helmets

Join the Conversation (0)
snoCOVID-19 lockdowns have created many personal and economic hardships. But for the snowmobiling industry, the pandemic has driven something of an economic boom.

Due largely in part to the multitude of travel restrictions, as well as the advice to avoid recreation that require close contact with others indoors, snowmobiling has seen a significant rise in both interest and participation over the past couple of winters.

“People are choosing snowmobiling increasingly during COVID-19 because for much of the time it’s a very solitary experience,” said Craig Nicholson, a Toronto-based enthusiast and writer who is known for his The Intrepid Snowmobiler website. “Once you’re on the sled and you are riding, much of the time you aren’t near anybody.”

Nicholson typically covers about 10,000 kilometres per season on his snowmobile and thinks transmitting the virus is very hard to do while riding, since riders wear protective helmets with face shields and often have balaclavas underneath.

With 30,000 kilometres of Ontario Prescribed Snowmobile Trails in the province for the use by riders with valid Ontario Snowmobile Trail Permits, there is more than enough terrain to keep one’s social distance. Trails in Ontario are maintained by 183 different snowmobile clubs across 16 districts and are collectively represented by the Ontario Federation of Snowmobile Clubs, or OFSC.

Traditionally the sport has existed in a somewhat insulated manner, where enthusiasts often also enjoy other motorized recreational activities such as all-terrain vehicles or boating. Being introduced to the sport frequently comes through family members or friends who owned sleds and wanted to share their passion.

Participation in snowmobiling can be measured by permit issuances, which are obtained through the OFSC. About 90,000 permits are issued in Ontario each winter. But the pandemic has caused a rise in interest from people with no previous connection to the sport, and the impact of it is being felt across the industry.

According to the International Snowmobile Manufacturers Association, sales of new snowmobiles rose more than 16 per cent in Canada during the 2020/21 season (compared to the previous one), with more than 50,000 units sold. Of that amount, 11,350 units were sold in Ontario, representing 22 per cent of sales nationally. 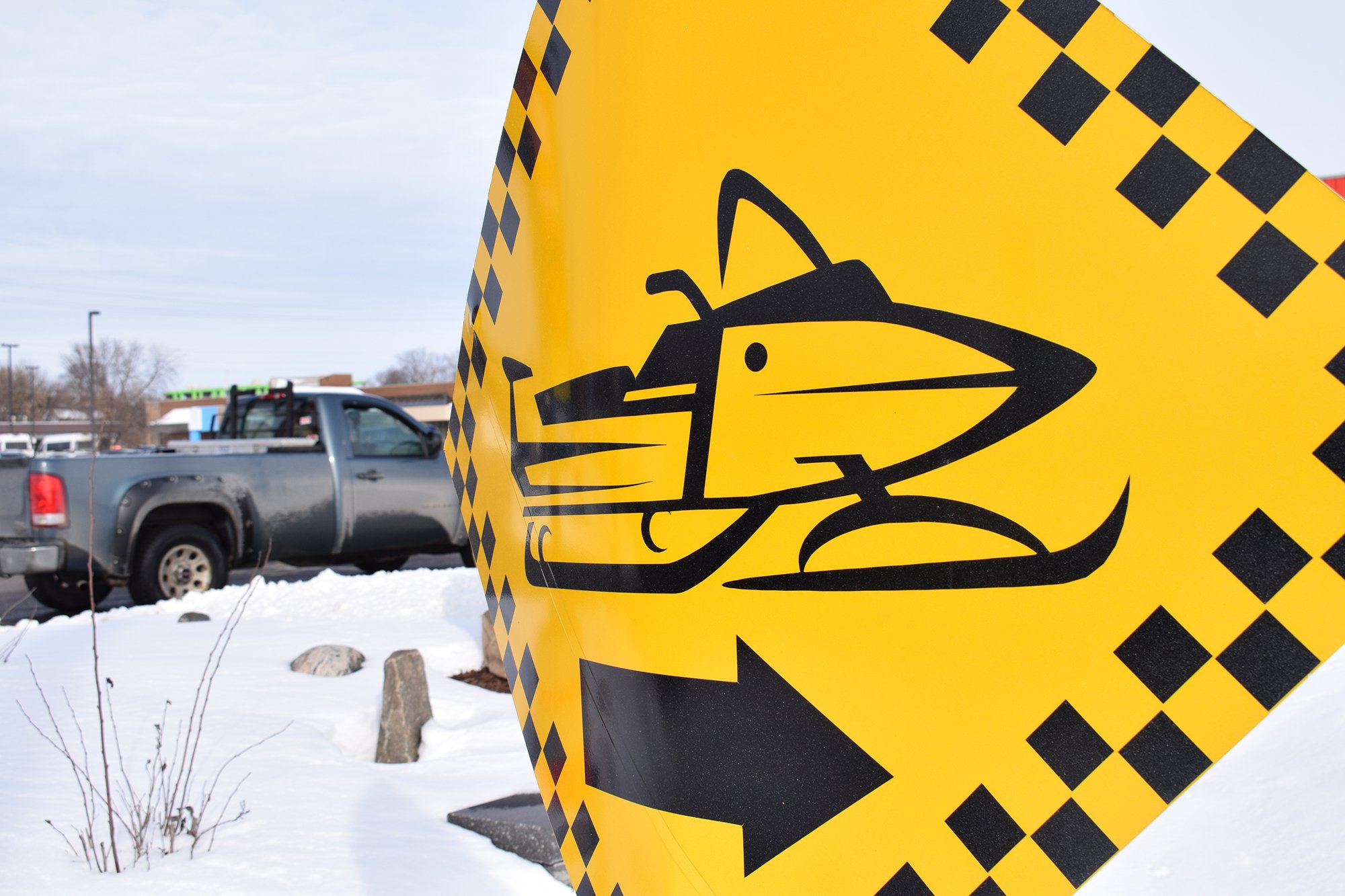 A sign posted along West Street South points snowmobilers toward a local trail.[/caption]

To snowmobile legally in Ontario, you must have a valid driver’s licence or Snow Vehicle Operator's Permit. The OFSC is authorized to provide snowmobile driver training and course graduates qualify to obtain a vehicle operator's licence from the province. If you own a snowmobile proof of ownership, registration and insurance is also required. The minimum age to legally drive a snowmobile is 12 and anyone without a driver’s licence must obtain their Motorized Snow Vehicle Operator’s License by completing an online training course through the OFSC.


For those who are curious but unsure if the sport is for them, there are a few try before you buy opportunities available. Scattered throughout the province are several operators who offer snowmobile rentals and excursions. Some also provide clothing as snowmobiling outerwear is specialized and designed for extreme cold conditions.

Guided tours are offered, or renters can ride and discover trails on their own. Prices run from $200 for two-hour experiences, all the way up to around $2,000 for a three-day tour with accommodations. Renters must provide security deposits and there are often minimum age requirements. Packages usually don’t include fuel, and renters must have both a driver’s license and insurance.

A more comprehensive entry-level experience, and perhaps a truer indication of the rise in snowmobiling popularity, is found through Yamaha Motor Adventures, which operates out of Deerhurst Resort near Huntsville. Its introductory program includes lessons and instructions, riding gear, fuel and a guided tour ranging from one-and-a-half hours to a full day. There is also a 30-minute junior riding program for children ages six to 14 that takes place on what is the resort’s golf course driving range in summer. By staying on the property, kids can ride as they are covered by a blanket insurance policy.

Compared to previous winters, interest in the program – which is open to both resort guests and non-guests – is way up and business is brisk, said owner Bob Island.

“I’ve been doing this at Deerhurst for nine years, and I’ve never seen anything like this,” said Island. His business typically operates four days a week and during a normal winter he would have about a month’s worth of bookings at any time. This year he is booked solid on weekends up until Family Day and he is even taking bookings for March Break. “Off the charts is probably the best way to describe it” he said. 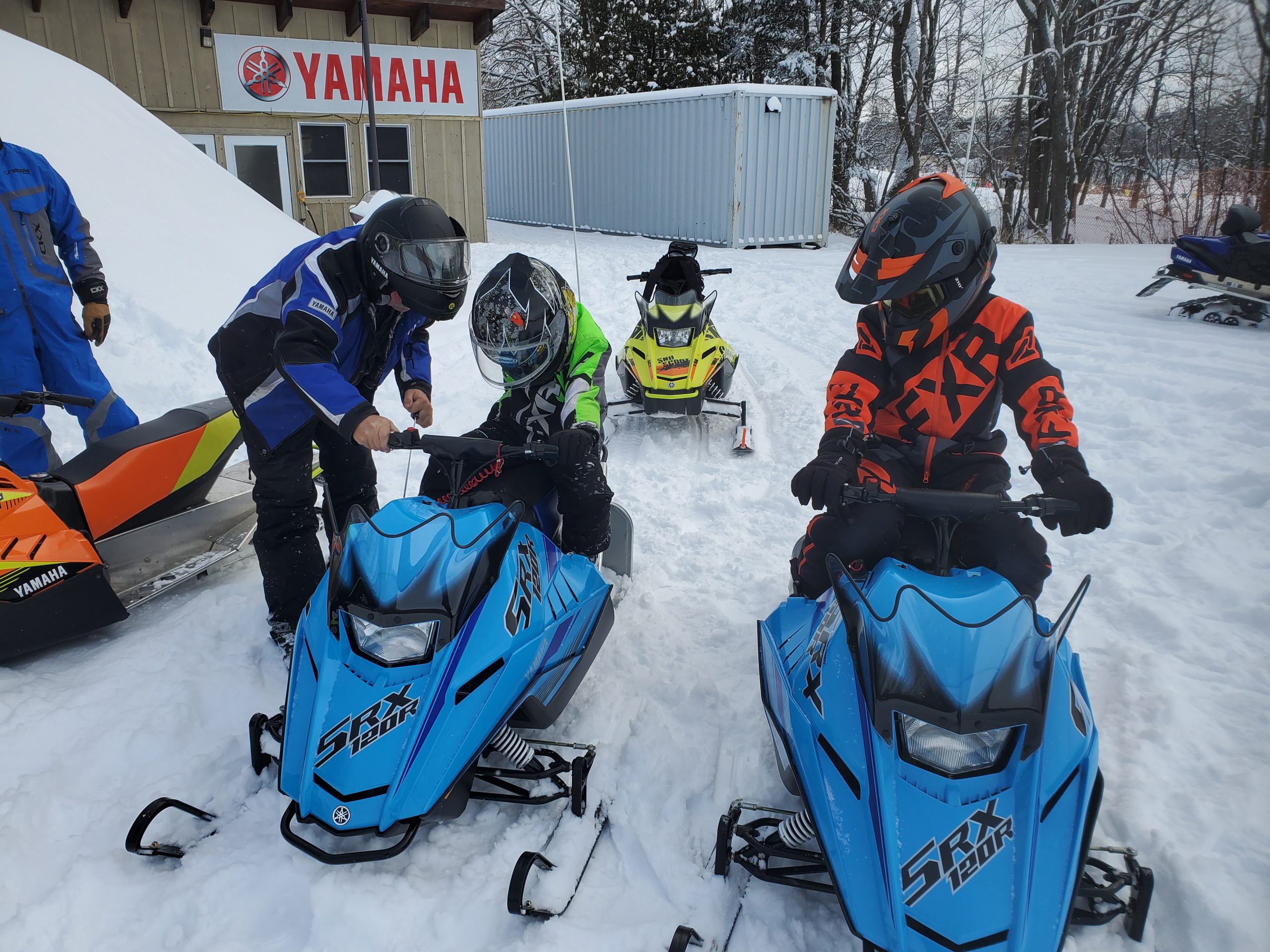 As to whether this sudden interest is sustainable remains to be seen. Snowmobiling isn’t without challenges of course, as climate change continues to move the snow line further north. Meanwhile, urban expansion of central Ontario cities continue to encroach onto established trails.

But the allure of snowmobiling is strong and once hooked, people usually become sledders for life. “You can see things by snowmobile, and you can get to places that you can’t get to any other time of the year,” said Nicholson.


As snowmobiling continues to grow in popularity, there are developments, both good and bad, to keep an eye on. Three of them are particularly noteworthy: