So what exactly do you get when you tick the “A91 Package” box on your Supra order sheet?

The A91 Supra is, for all intents and purposes, identical to the 3.0 Premium GR Supra.

The ride is still exquisitely comfortable. The grip from the Michelin Pilot Super sport tires is ferocious. The acceleration will make your adrenaline surge. So is the deceleration thanks to the Brembo brakes. Snap oversteer is on demand. The BMW-sourced infotainment system is still janky and cumbersome.

So what exactly do you get when you tick the “A91 Package” box on your Supra order sheet? Well, some black stripes on that massive b-pillar. There’s more. You also get carbon fibre mirror caps, a rear wing extension (which was strangely absent from our as-tested model), alcantara seat inserts, blue leather stitching in the seats, steering wheel and trunk liner and flat black rims – which are far more attractive than the chrome/black chrome swirl of the 3.0 Premium.

For some reason, the A91 ditches the 3.0 Premium’s heads up display and phone pad charger.

The big question is, with no additional performance to offer, is the A91 pack worth it?

But the A91 option is only $1,200 and I have to say, you get a lot of kit for your buck. Considering you would have to pay $1,250 for the carbon mirror caps on their own, $1,200 is a bargain considering the additional visual improvements you get. 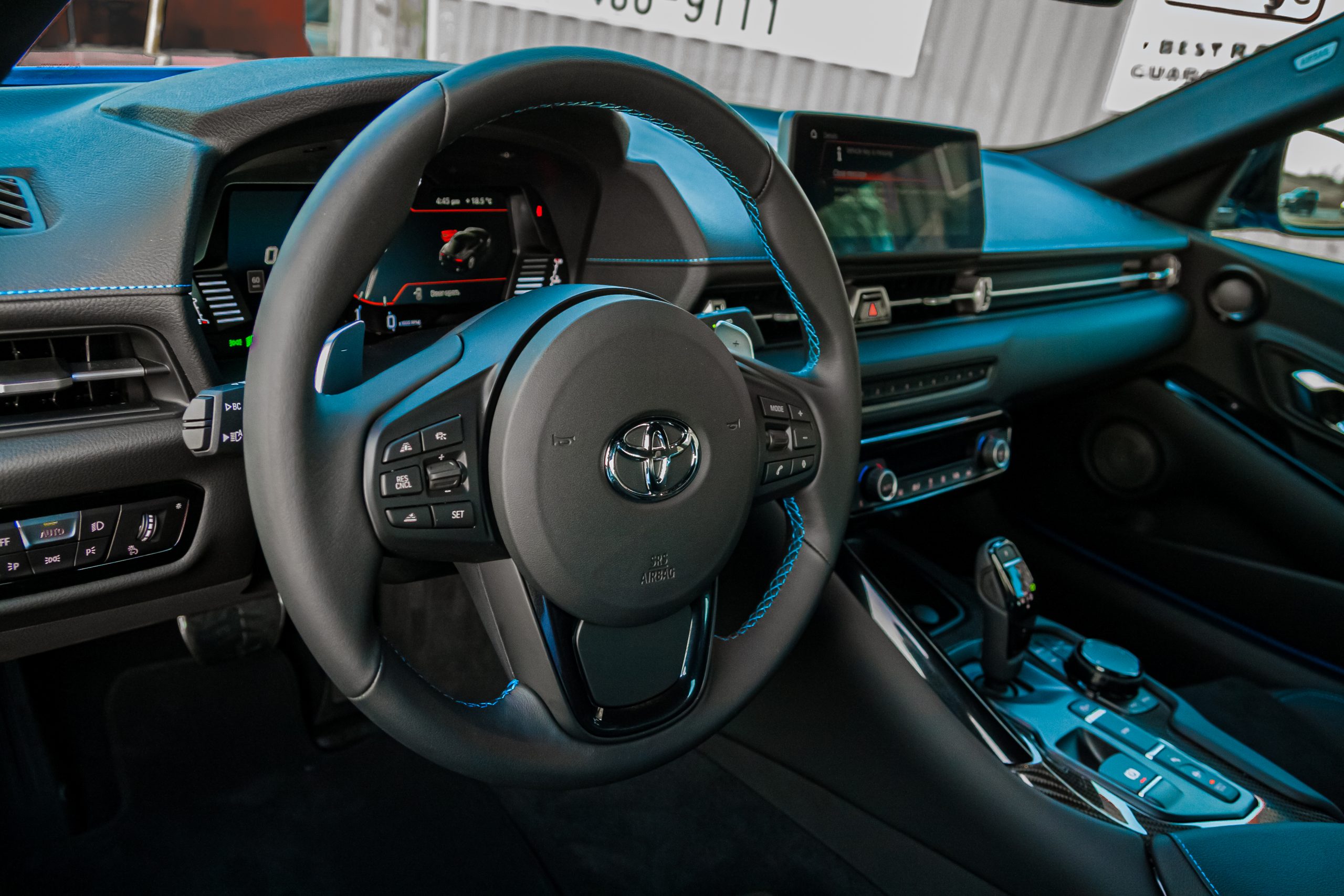 What you really get with the A91 is more of what the Supra is best at – turning heads, earning thumbs up from fellow enthusiasts and having people constantly ask you to rev the engine. It’s even better at making people’s day than the standard Supra, and that’s why I wouldn’t think twice about opting for this particular $1,200 option. It’s a nice little cherry on the sundae.

So, A91 package? Nice one. Would recommend. Definitely worth getting your hands on while supplies last.

BUT, don’t get complacent, Toyota! Don’t forget that what we really want is a manual transmission, a 500-horsepower, 911-munching version, and something akin to the “Heritage Edition” that debuted at SEMA last year.