Remembering A Friend to the Canadian Car World

Rick Pickering curated the vintage car display at the Toronto International Auto Show for 10 years, including the biggest collection of Shelby cars under one roof.

The Canadian car world lost one of its best last week.

Richard Pickering went to that big pit stop in the sky, a victim at age 70 of a rare disease called Myelodysplastic Syndrome.

He leaves Terri Guthrie, who he always called ‘his lady,’ his two stepsons, his brother, and innumerable friends, in his business and personal lives.

I first met Rick when he and his pal, Ron Rose, were doing timing and scoring at a vintage car-racing meet in Freeport, Bahamas, way back in the 1980s.

That was Rick — always stepping in to help.

At the time, he was in the restaurant business, having set up some of Toronto’s best venues, Amsterdam’s and Scotland Yard among them, if memory serves.

He had always been a true ‘car guy,’ and seemed amazed that I could make a living writing about cars.

He wondered how he could also turn his hobby and passion into a way to make a living. So, he opened a car-detailing shop, rapidly becoming the best in town, mainly because he gave a damn. Austin or Aston, Mini or Maserati, you got the same excellent treatment.

At the time, car companies’ press fleets were handled by their internal PR departments. The task took an inordinate amount of their time, and Rick was able to convince many of them to farm it out to his organization. The cars were always ready to go, clean, and full of fuel. (Yeah, you’d think, but you’d be amazed …).

Also Read: Managing a fleet that changes week to week

One mark of a person’s business success is how long employees stay with the organization. It seems Rick’s people almost never changed. He treated them well, with great respect — just as he always treated his clients’ cars.

Friend and former client — they were always both — John Arnone calls him “the most passionate autophile I ever knew.”

For 10 years, Rick also curated the vintage car display at the Toronto International Auto Show. His highlight there had to be the time he put on a display of the cars of Carroll Shelby.

It was, and to my knowledge remains, the biggest collection of Shelby cars under one roof — ever.

He even arranged for the then-ailing Mr. Shelby to be flown up to attend the show. You could see in the old Texan’s eyes that he was extremely moved by this display as he walked through it.

But that was Rick — always making other people look and feel good.

One of my many personal regrets at his passing is that I never got to ride in his Camaro (“The Skunk”) or his TR2, or to play guitar with him.

Life really is short, people. Enjoy what you get. I know if Rick were still here, that would be his message to you.

A celebration of Rick’s life will be held at a later date. 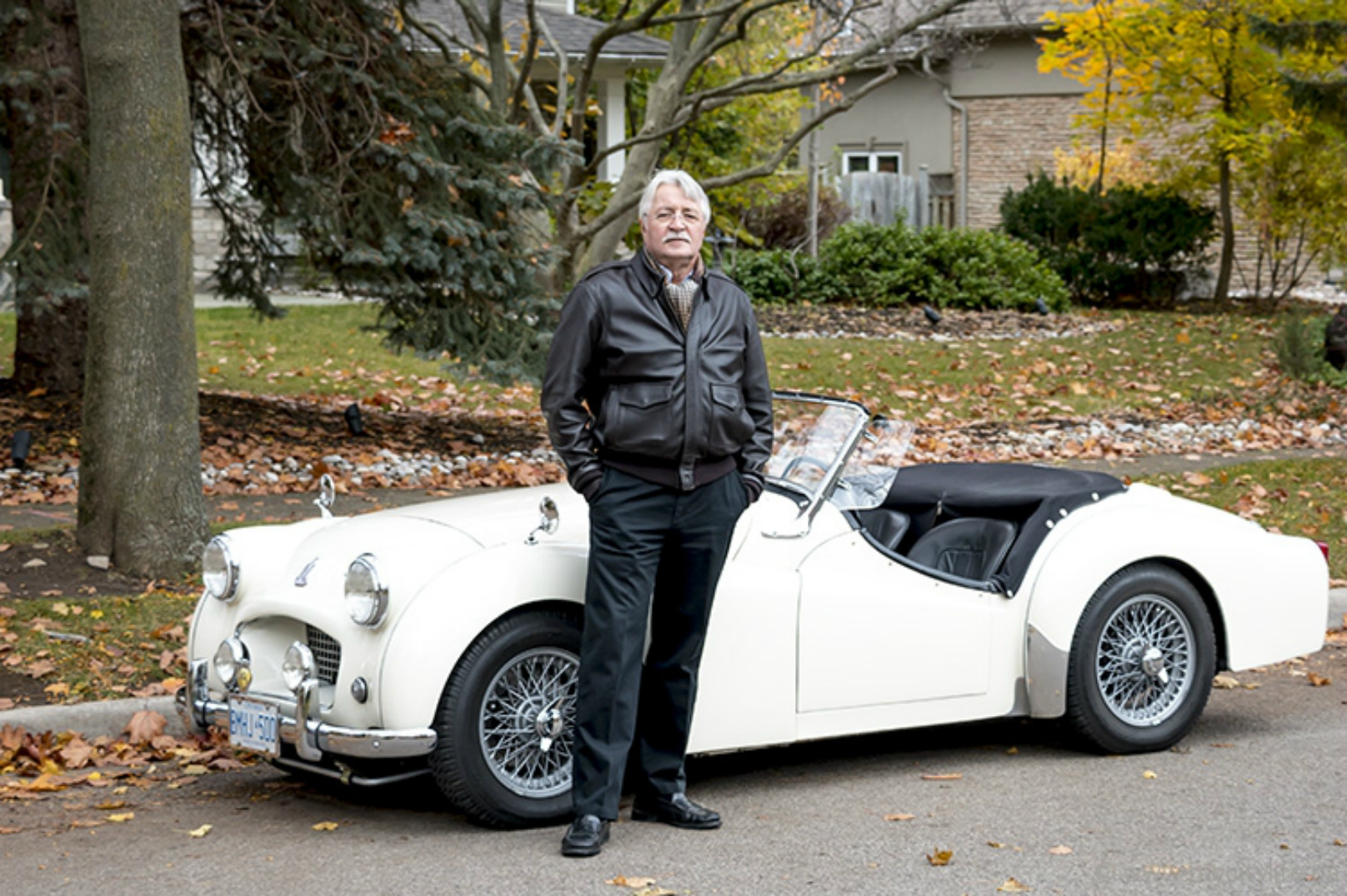