It is a familiar story for many Canadian families, a young couple from a distant country travelled across the Atlantic, in search of a better life in the colonies.

Reg and Audrey Beer came to Canada from the UK in the late fifties with Reg having a background in coachbuilding, having done his apprenticeship with a small independent coachbuilding shop just outside of London.

When he came to Canada, there was no call for coachbuilding and fabrication skills, so Reg put his talents to work in the collision repair industry instead. By the mid-Sixties, Mr. and Mrs. Beer decided to open their own shop in the Queensway and Royal York area.

In those days, there was really no such thing as “the old car hobby” that we know today, so there really was nobody in Toronto who was fixing old cars. As word got out that Reg’s background was in coachbuilding, people started bringing him their old cars. Business boomed, so much so that Reg began showing signs of overwork and stress. The doctors told Beer to slow down and make some lifestyle changes or he would be dead in a couple of years.

In 1972, the Beers bought a property out in the country with a shop which was large enough for just three cars at a time, where he continued to work, at a slower pace, on restoration projects. 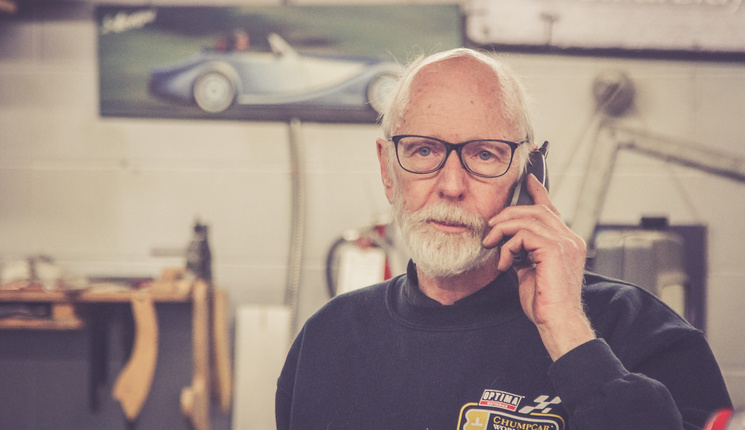 Following high school, their Son, Stephen was having a tough time finding employment in the vintage car trade, so he decided to work with his Dad and has been there ever since. Son Martin followed a similar path, becoming a mechanic at a local BMC dealer before moving into Toronto to twist wrenches at DRB Motors on Davenport. In the late Seventies, Martin returned to the family business as well. Over the years, Martin and Stephen took on an increasingly larger role in the operation of the business, as Mom and Dad eased into retirement.

That family legacy has continued, as Stephen’s son and the son of the gent who Martin apprenticed under, are the third generation of friends and family working in the shop.

Because of Dad’s background with pre-war cars in Britain, it is natural that the shop specializes in British cars, although not all of their projects are from across the Atlantic. One of the notables was a full restoration of a ‘29 Duesenberg which was the elder Beer’s final project before fully retiring. That car was displayed at Pebble Beach in the early Nineties.

At one time, the shop was restoring a lot of cars for American clients, but these days most of their work is for Toronto area clients. Stephen attributes this to a resurgence in the popularity of the old trades. There are actually more craftsmen working today than there were a couple of decades ago.

Both Stephen and Martin are at the point in life where working on cars five days a week is a bit much, so they are becoming more choosy about what projects they take on.

When asked what his favourite car is, Stephen replies,”A favourite car is like music, it depends on what mood I’m in”, adding that his family has always had an affinity for the Morgan brand and that they were and still are, the official Morgan dealer for Canada. 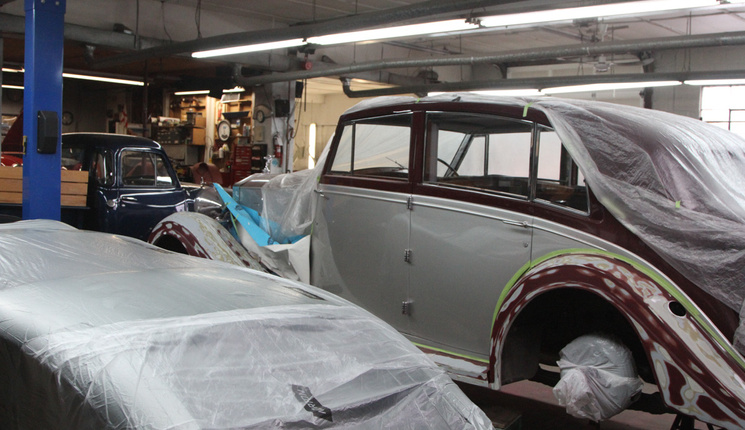 Interestingly, Audrey was the one who got the family interested in the brand. While the business was still doing collision work on The Queensway, Reg got his hands on a Morgan Plus 4 and an MG TD, both of which were write-offs. Red offered Audrey the choice of which one to keep as her own daily driver once repaired. As her own Dad had driven a three-wheeled Morgan when she was a kid, the Moggie won out.

The family became the Canadian outpost for Morgan in 1990. At that time, the cars were still being imported to this country and modified to meet local requirements.

Not long after however, General Motors was embroiled in a huge legal action as a result of fuel tanks exploding in side impacts. In the wake of this, governments cracked down on manufacturers, requiring them to ensure that vehicles fulfilled a certain minimum amount of side impact safety. This brought with it the death of North American sales for small companies like TVR, Caterham and Morgan in 1993.

In his retirement, Reg would often putter around the shop, keeping an eye on things. One day, he answered a call from the owner of a Morgan three wheeler which he had sold, which had since been re-sold. The caller was looking for a replacement spare tire cover. The elder Beer explained that you can’t just grab one off the shelf, no, it has to be made by hand on an English wheel. When asked what the call was about, Beer said it was some guy named Jay Lemmon or something. Of course it was Jay Leno on the phone.

Back in the day, if you were involved with British cars, you were likely involved with motorsports at some level and the Beer family is no different and that continues today. Having raced Morgans with VARAC, these days the Beer’s are active in the ChumpCar Canada series which focuses on fun and affordable racing.

Reg passed away in the Summer of 2015. His shop, once out in the country, is now in Bolton, as the town as expanded and surrounded the shop with newly built subdivisions. Reg Beer Coachbuilders still stands, with the sounds and smells of old world craftsmen plying their trade, keeping old autos alive. If you aren’t careful Google Maps will send you right past it, but a keen eye will notice Morgan logos on a couple of car trailers. 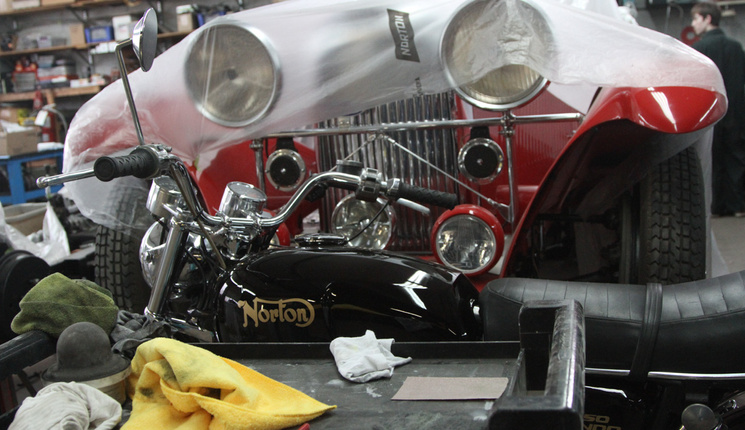