Redesigned from the ground up, the 2018 Hyundai Accent incorporates many aspects of current Hyundai design language, from the large cascading grille at the front flanked by wraparound headlights and available LED running lights to a new take on the Elantra’s triple-afterburner taillights at the rear.

Canada is a pretty unique car market in a lot of ways: we’re not afraid of hatchbacks, base models are not treated like the plague, and hockey bags are used as a unit of measure. We also love our small cars, so it makes sense that Hyundai would choose the 2017 Canadian International Auto Show as the site for the global premiere of its fifth-generation Accent.

Redesigned from the ground up, the 2018 Accent incorporates many aspects of current Hyundai design language, from the large cascading grille at the front flanked by wraparound headlights and available LED running lights to a new take on the Elantra’s triple-afterburner taillights at the rear. Cheap beater status begone: this is a good looking car.

Inside is all-new too, with a wide centre stack prominently featuring a standard backup camera system with a 5-inch or optional 7-inch colour LCD instrument display. The larger display will incorporate both Apple CarPlay and Android Auto. Beneath the screen, the climate and ventilation functions are laid out in a horizontal design with buttons and controls logically grouped by function.3 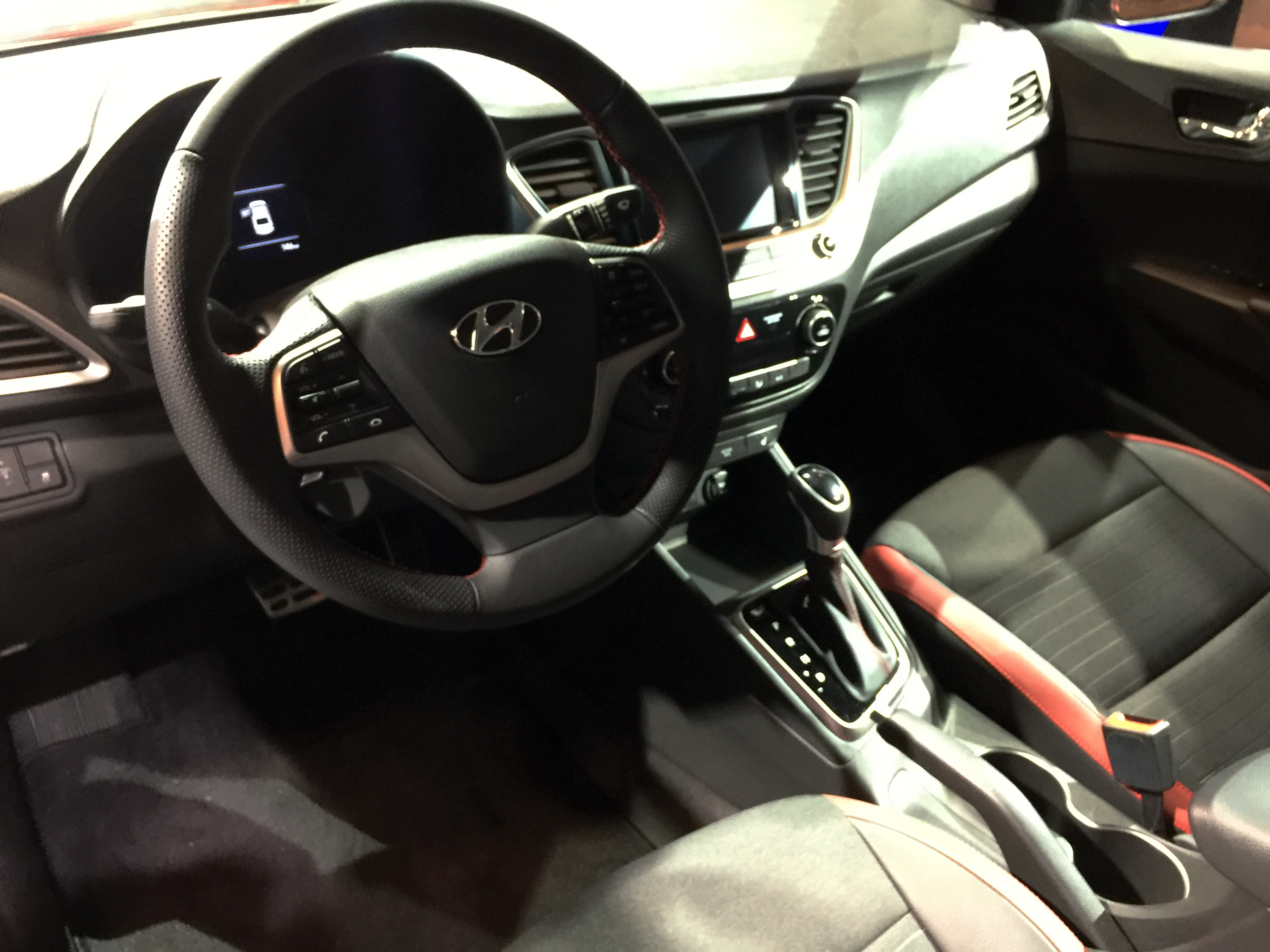 Six airbags are standard, as are expected safety features like stability control, traction control, and anti-lock brakes. In a first, the 2018 Accent will offer autonomous emergency braking which deploys a radar system to warn drivers of impending doom. If the driver does not react, the system will kick in and apply emergency braking.

Customers will find a familiar 1.6-litre four-pot mill under the hood, making 132 horsepower and 119 lb-ft of torque. Those peak numbers are actually a bit lower than last year, but Hyundai says the powerband has been retuned for improved everyday driveability. More torque is available at lower engine speeds, meaning drivers won’t have to wring out the engine for maximum power. Performance in the all-important 80-120km/h acceleration test is said to have improved by 1.3 seconds, meaning there will be less hung-out-to dry time when drivers are passing that pokey tractor-trailer on a rural two-lane highway. Six speeds will be offered in both automatic and manual transmissions.

The new Accent sedan also grows in length and width by 15mm and 29mm respectively, meaning the interior will likely no longer feel like a straight-jacket for those of us who are long in the inseam. The new Accent hatch will be a full 70mm longer, with a similar increase in width. High strength steel is used in the chassis which should result in improved driving dynamics and a quieter ride. The suspension is also said to have been improved for better ride comfort and stability.

Sporting handsome, mini-Elantra styling and promising features generally found in much larger and expensive machinery, the 2018 Hyundai Accent will go on sale in Q4 of this year as a 4-door sedan. A 5-door hatch, designed exclusively for the Canadian market, will join the lineup early in the 2018 calendar year. 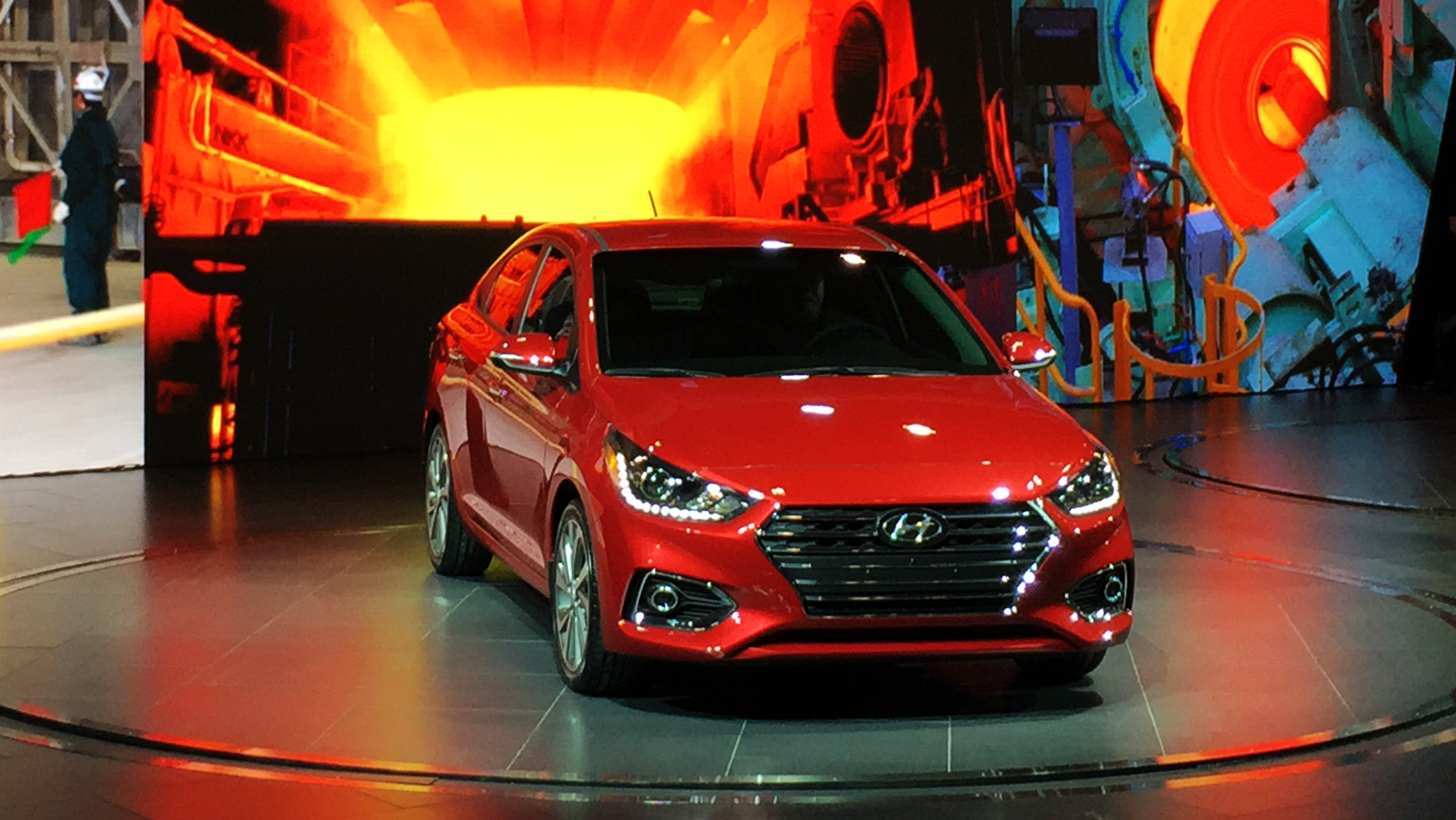 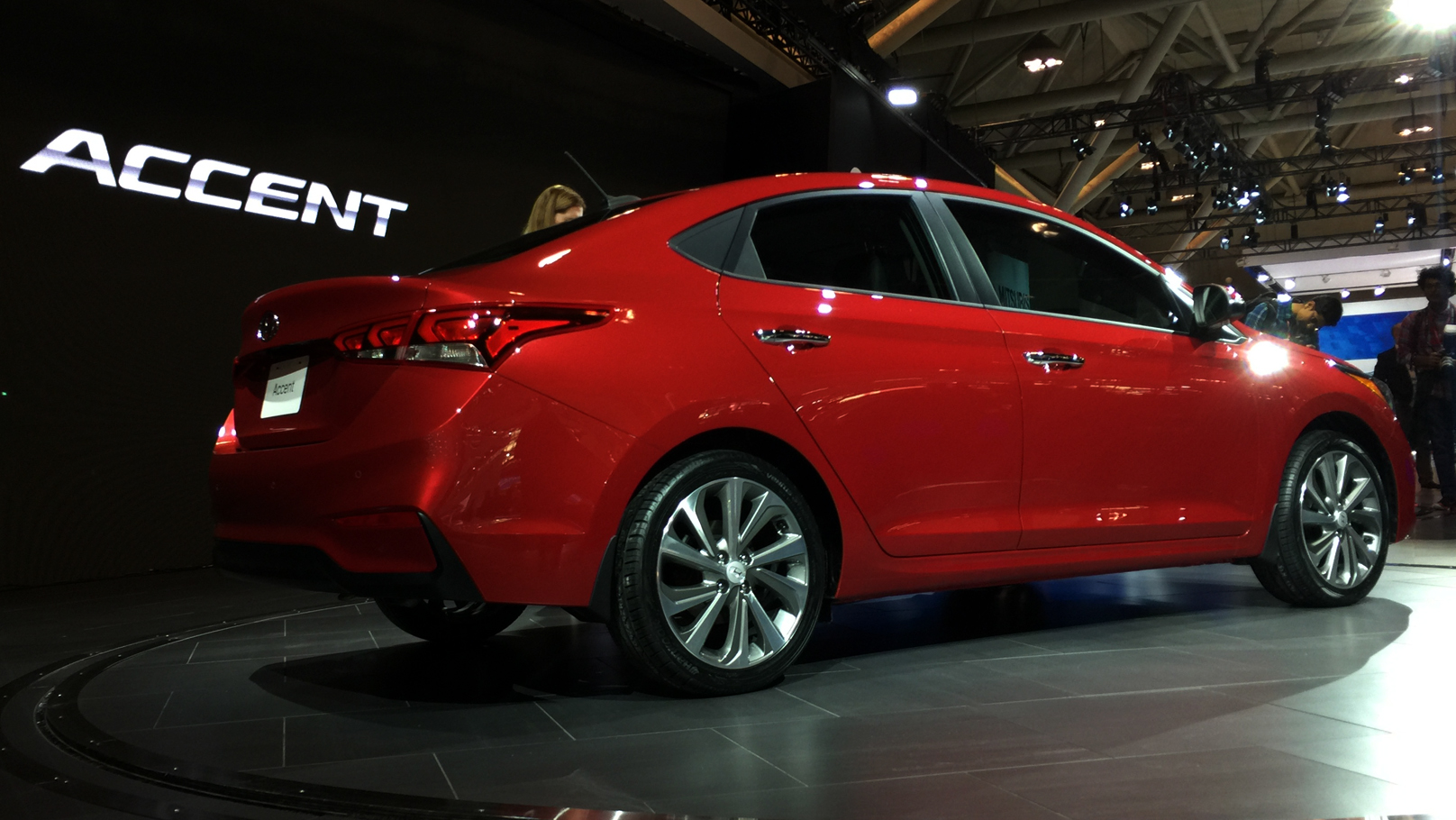