One of the most important aspects of any truck is what’s under the hood, and the 2019 RAM HD really packs a wallop.

DETROIT – Hot on the heels of winning the 2019 North American Truck of the Year for the new 1500, RAM unveiled an all-new new heavy-duty pick-up that’s due to begin arriving this spring.

Interestingly, all vehicles shown during the press conference are 2019 model year vehicles, not 2020s.

At any rate, one of the most important aspects of any truck – especially a heavy-duty one – is what’s under the hood, and the 2019 RAM HD really packs a wallop.

The headline here is an updated 6.7-litre Cummins high output turbo diesel which can produce 400 horsepower at just 1,800 rpm and 1,000 lb-ft. (not a typo) of torque at 2,800 rpm. Changes to the engine include a cylinder block made of compacted graphite iron, along with a new cast-iron cylinder head, exhaust valves, springs and rocker arms.

Other highlights include lighter and stronger pistons, new low-friction rings, and new forged connecting rods and bearings. An improved variable-geometry turbocharger mounted to a new exhaust manifold delivers up to 33 psi. Despite all these enhancements, the new 6.7 is 27 kg (60 lb.) lighter than its predecessor. 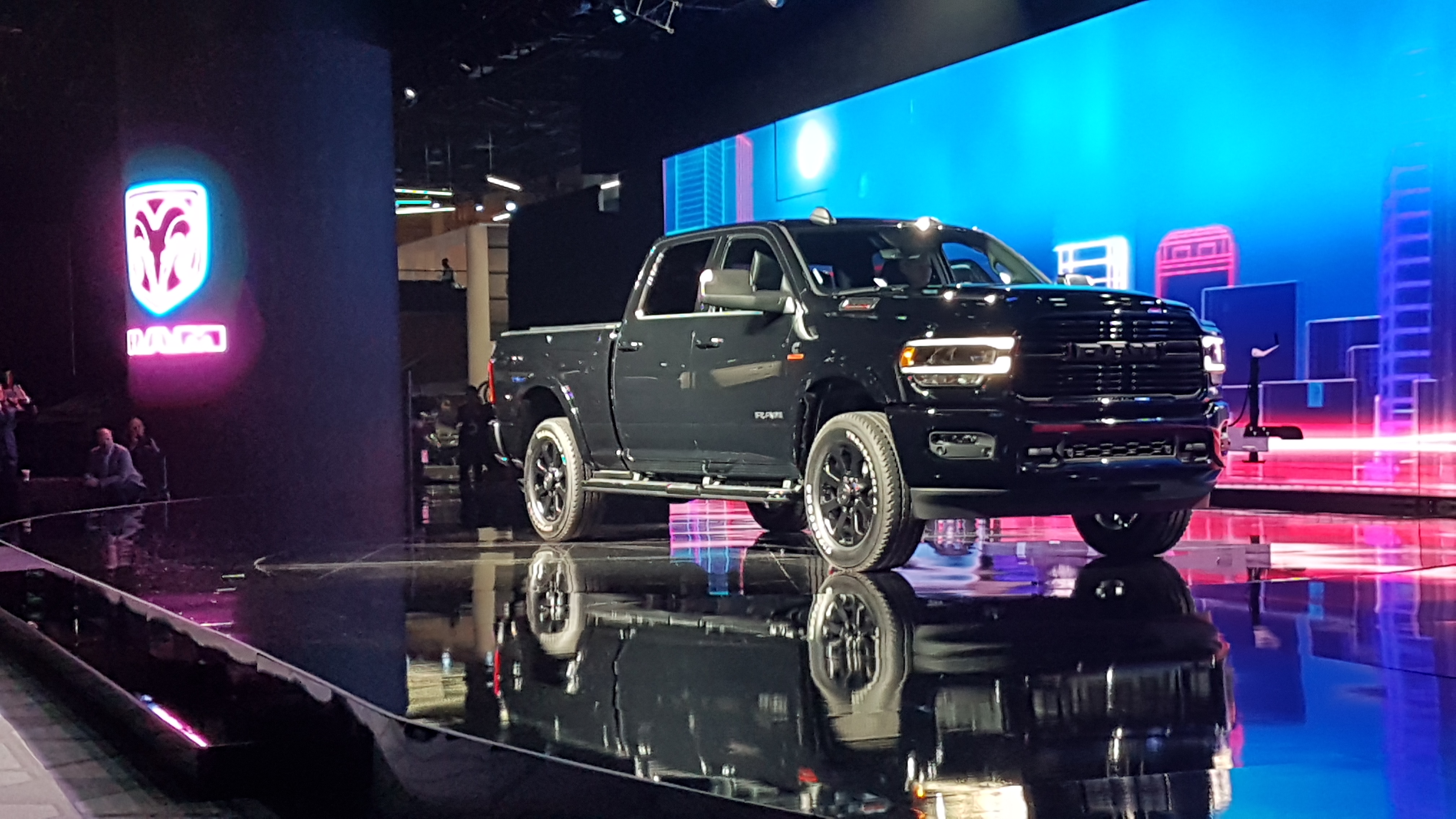 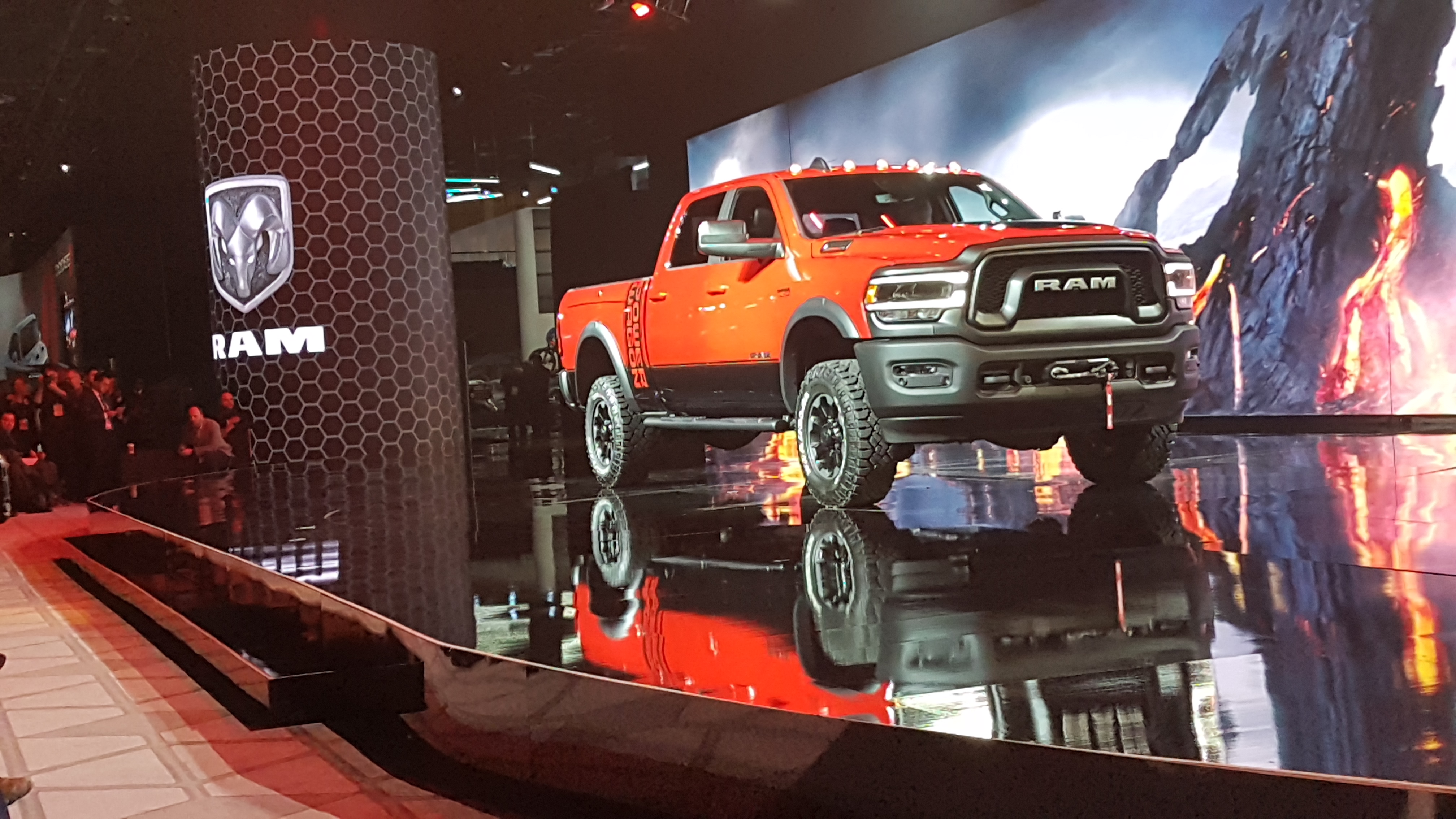 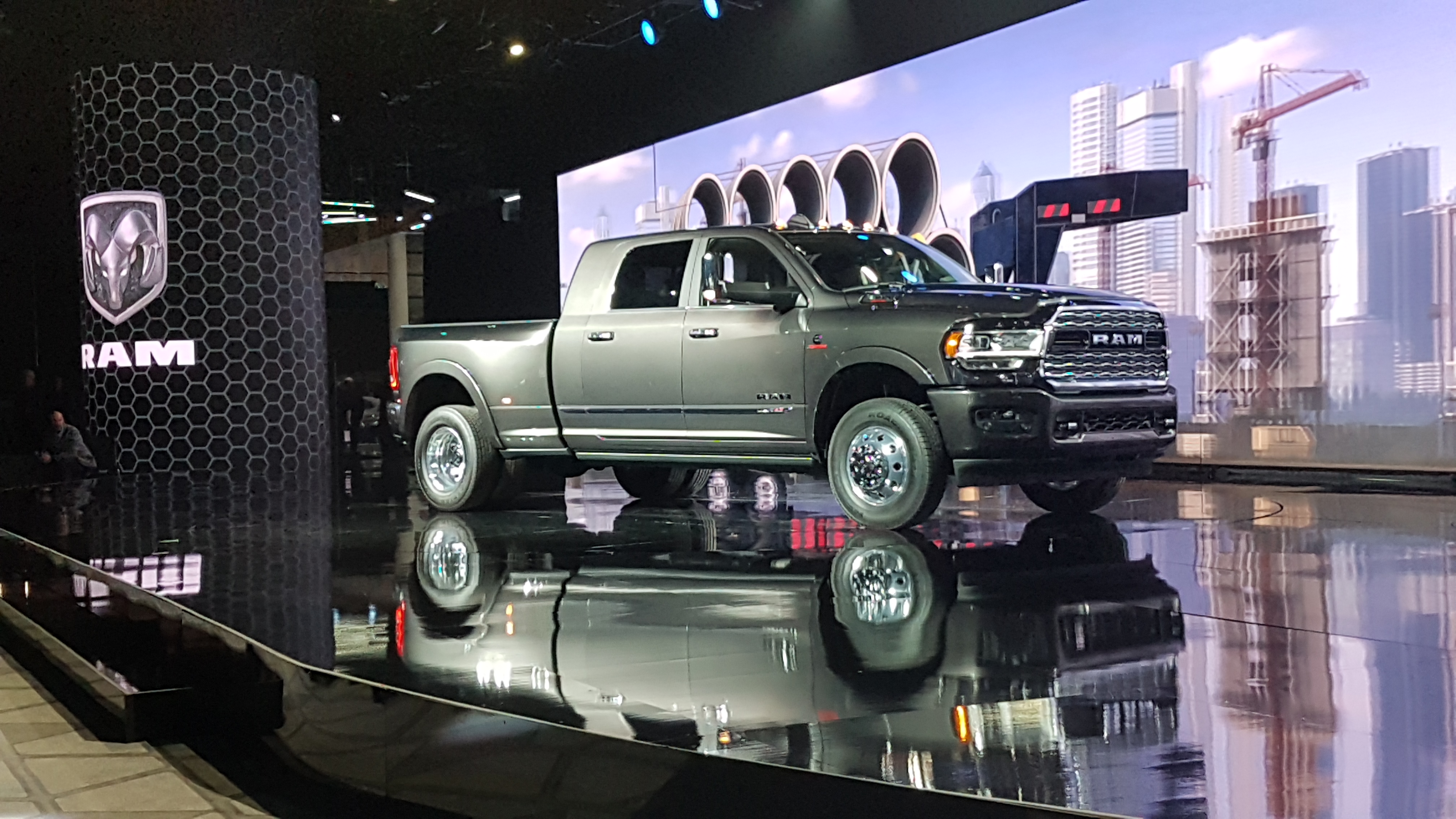 Paired with these engines are three transmissions, two 6-speeds and an 8-speed, with the latter being a first for a RAM HD truck.

The 6.7-litre turbo diesel is available with the two 6-speeds. The standard box is an upgraded version of Fiat Chrysler’s 68RFE, which has improved shifting characteristics thanks to new variable-force solenoid controls for the torque converter clutch. The optional gearbox for the 6.7-litre is an Aisin AS69RC unit designed to handle the massive torque from the Cummins engine and increased weight ratings. It also sports upgraded electronics aimed to deliver faster and more precise shifting in all conditions.

The ZF-sourced TorqueFlite 8HP75 8-speed paired with the 6.4-litre HEMI utilizes shift-by-wire technology and has more than 40 shift maps aimed to optimize fuel economy, performance and drivability. BorgWarner supplies transfer cases for all 2019 RAM HDs, and they are either manual or electronic shift depending on model. The high output variant of the 6.7 turbo diesel gets an all-new part-time BorgWarner unit designed to handle the 3500’s massive towing capacity.

On the chassis side, the RAM HD has a new frame that is made almost completely from high-strength steel (98.5 percent) featuring six separate crossmembers, hydroformed main rails and fully boxed rear rails. The result is a stronger, more rigid platform that has also shed some weight thanks to the use of more lightweight materials, such as a new aluminum hood. Overall, the new RAM HD is 65 kg. (143 lb.) lighter than its predecessor. 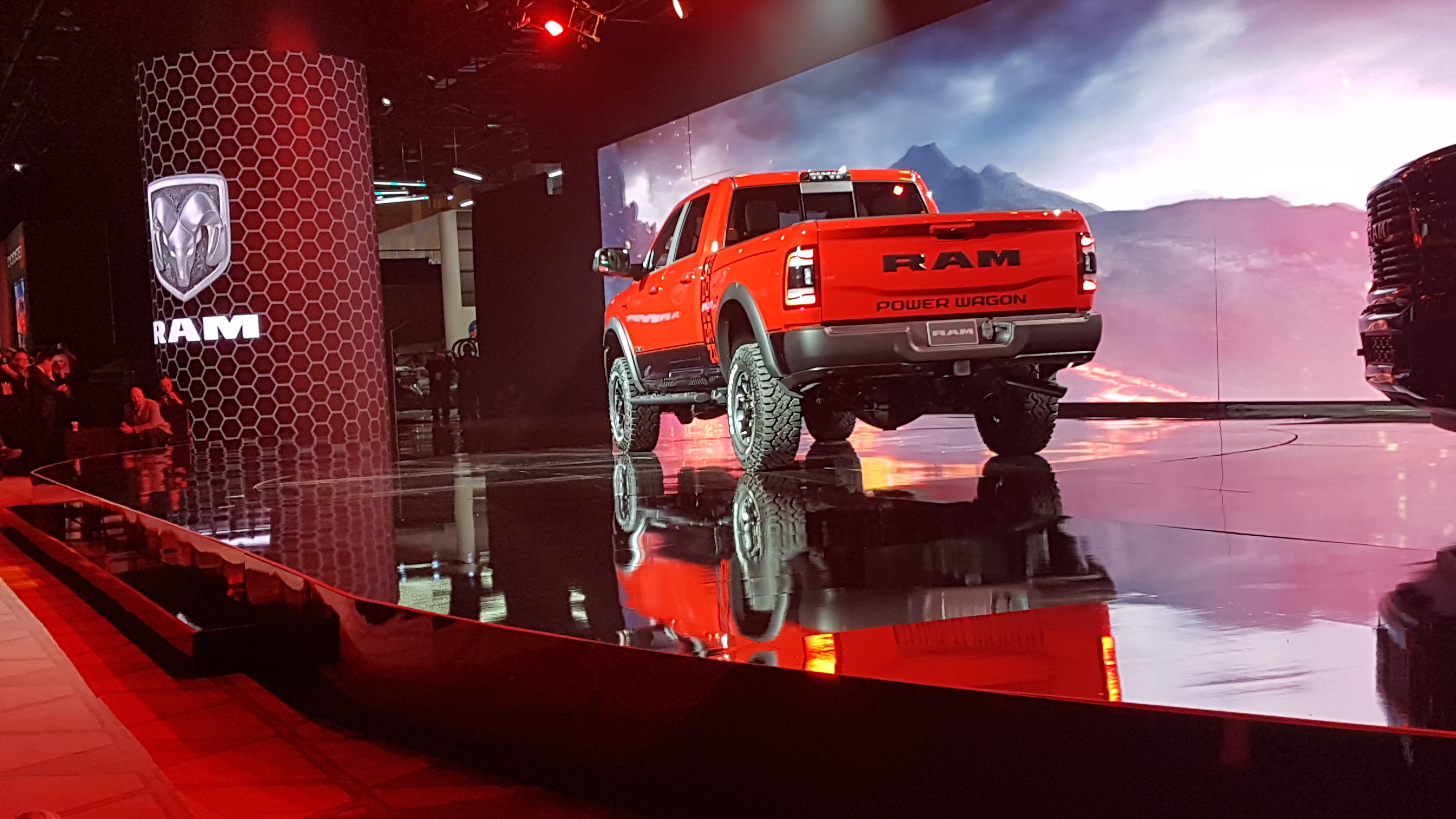 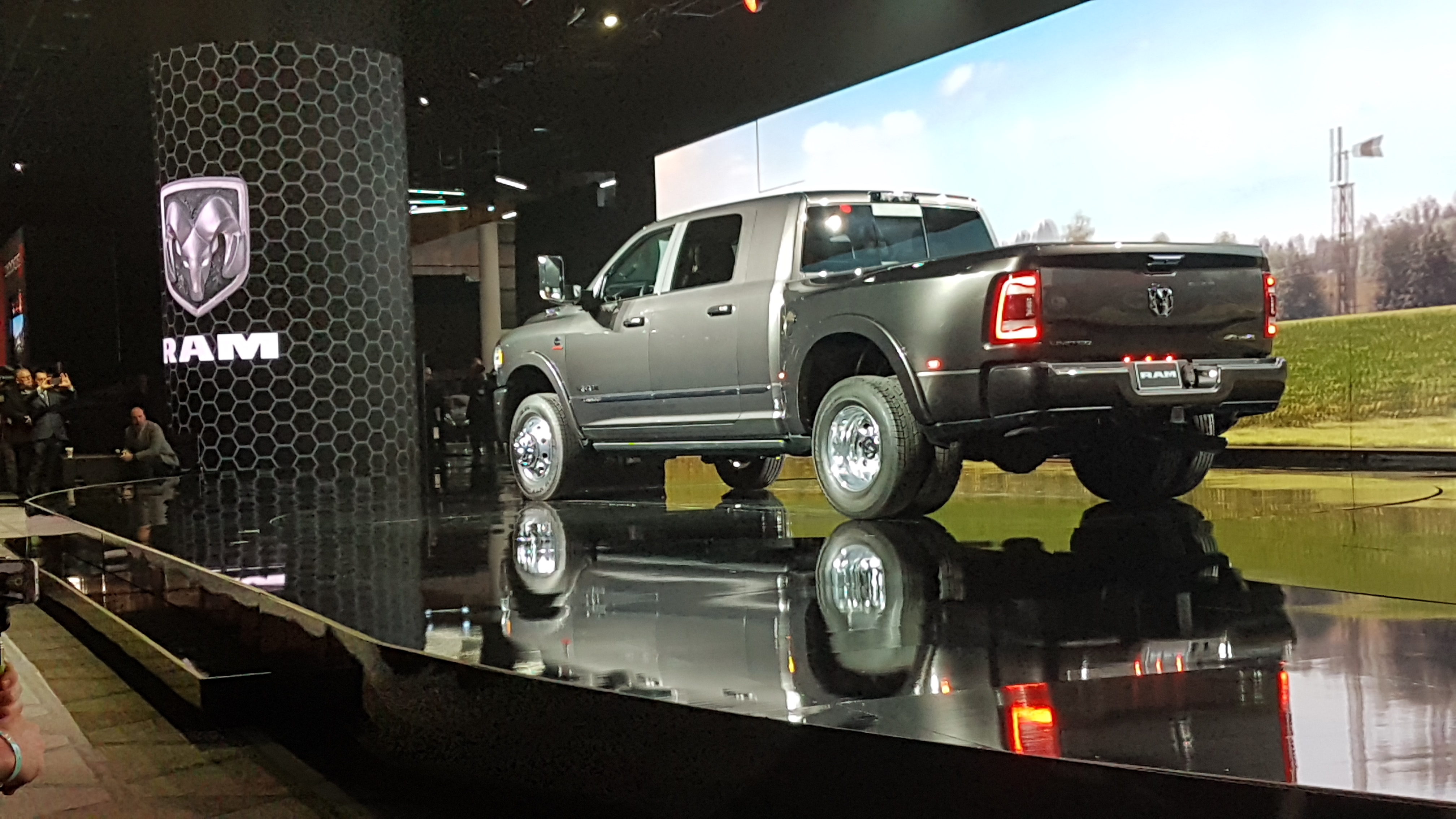 The suspension has also been revised to include some rather sophisticated (for a heavy-duty truck) technology. One of these additions is frequency response damping (FRD) shocks on all four corners. FRD shocks are designed to improve the RAM HD’s ride quality both on tarmac and rougher terrain, particularly when the truck is unloaded. Progressive springs and upgraded bushings have been added, and 2500 models feature an exclusive five-link design. An active-level rear air suspension, which includes a bed-lowering system for improving trailer hook-ups, is available on 2500 and 3500 models.

In terms of design, the RAM HD follows in the footsteps of its 1500 light duty stablemate with respect to presentation, materials, content and overall aesthetic.

The RAM HD has a bold appearance with a massive grille that’s available in six different styles and large headlights that are available in three halogen / LED configurations. The front bumper has larger openings to allow for improved airflow to the intercooler on Cummins turbo diesel-equipped models.

On the inside, the RAM HD bears a strong similarity to the 1500 with a new instrument panel that utilizes similar graphics, along with a 7-inch full-colour reconfigurable driver information display. Like the 1500, the RAM HD can be had with a massive vertically-oriented 12-inch Uconnect 4C infotainment / navigation touchscreen that can be configured in numerous ways.

All 2019 RAM HD models will go on sale in the second quarter. Pricing will be announced closer to launch. 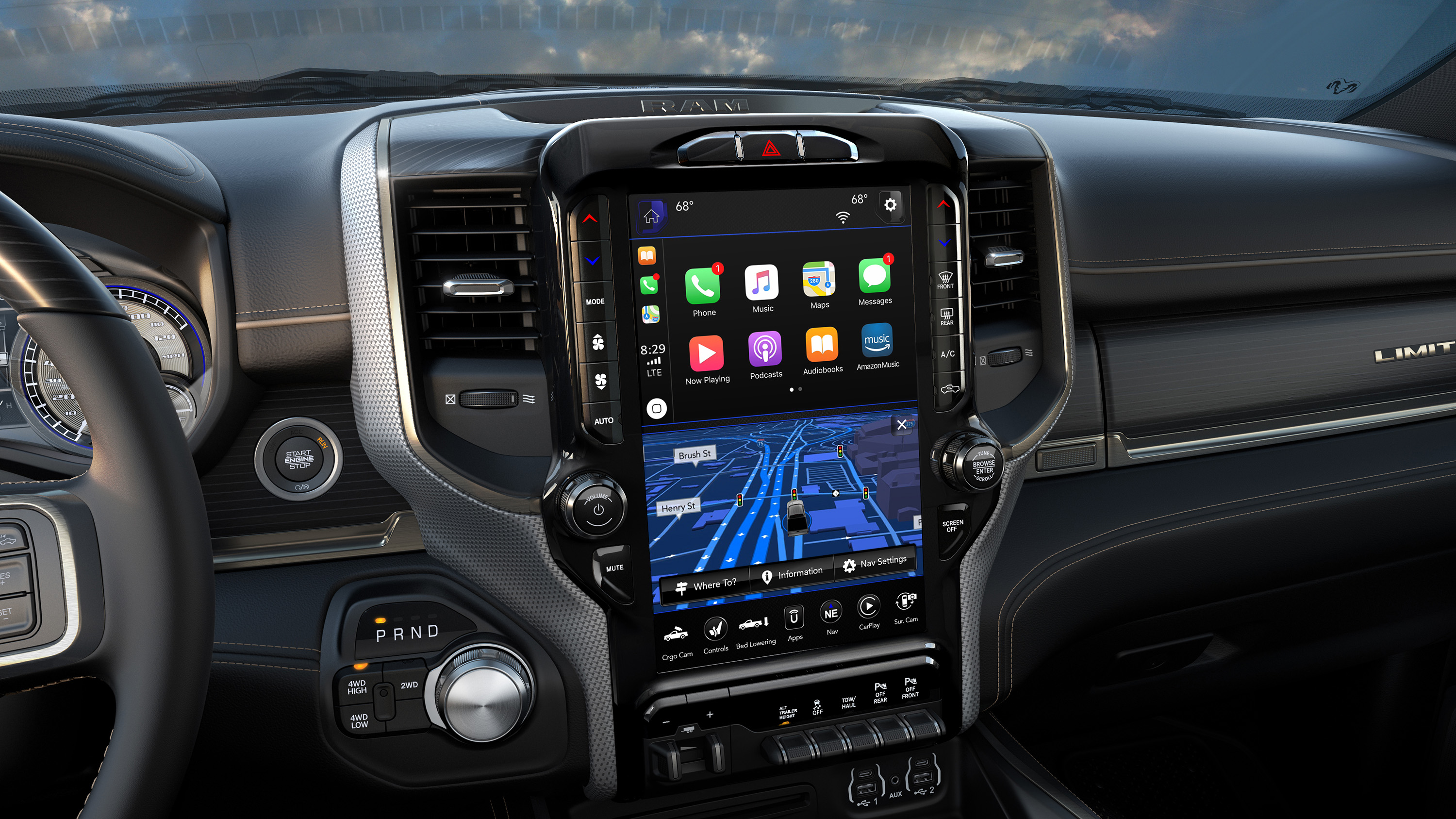 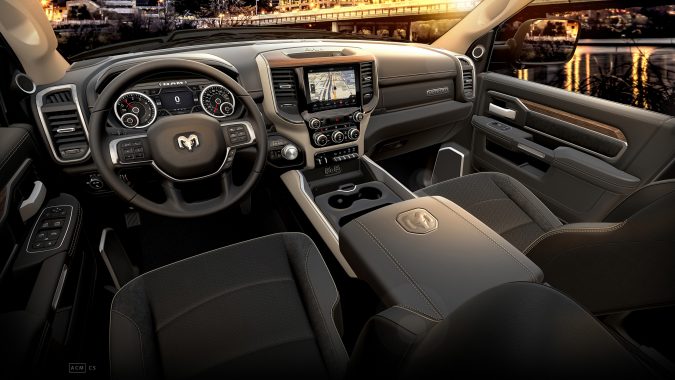 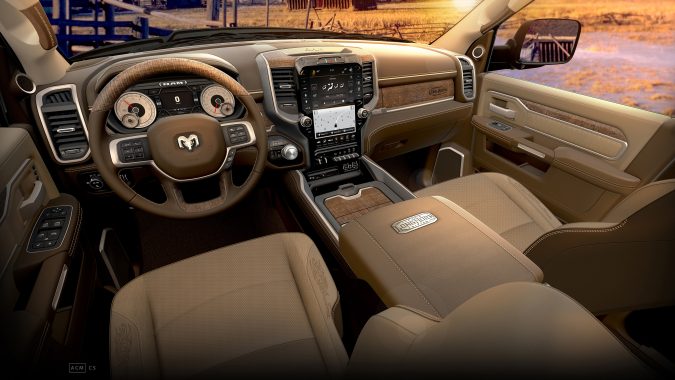 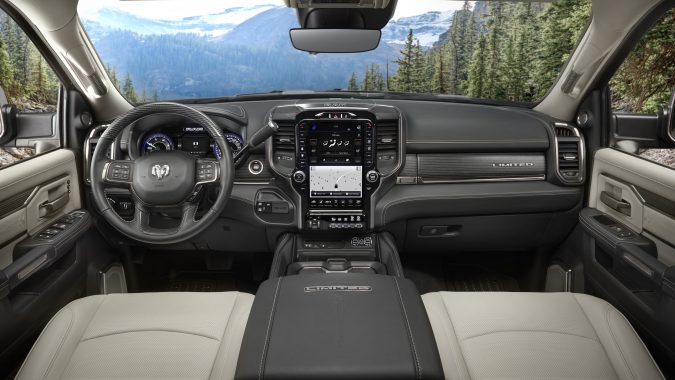 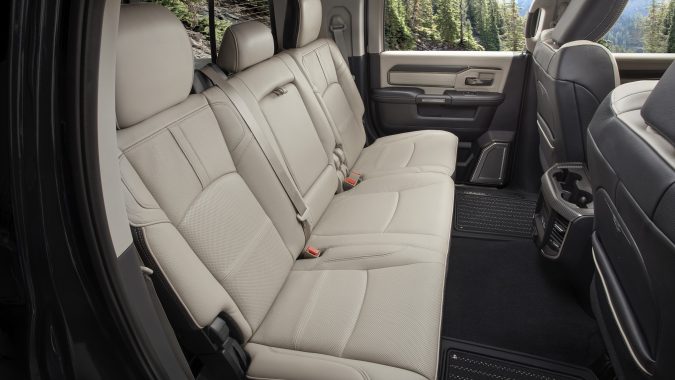 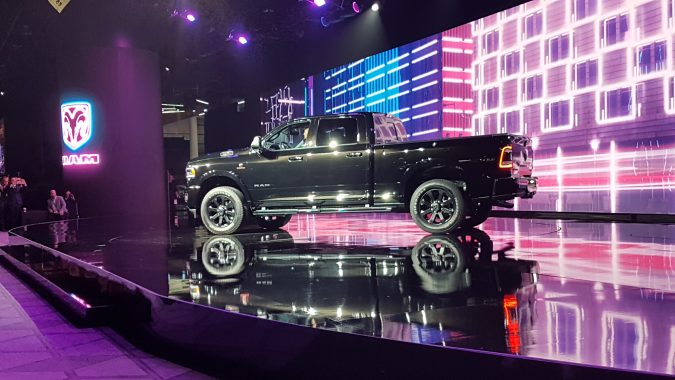 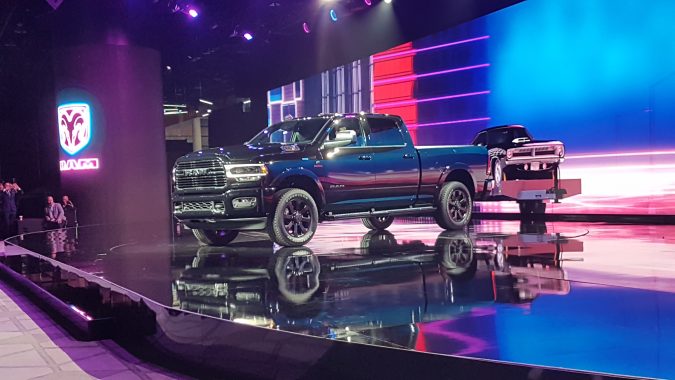 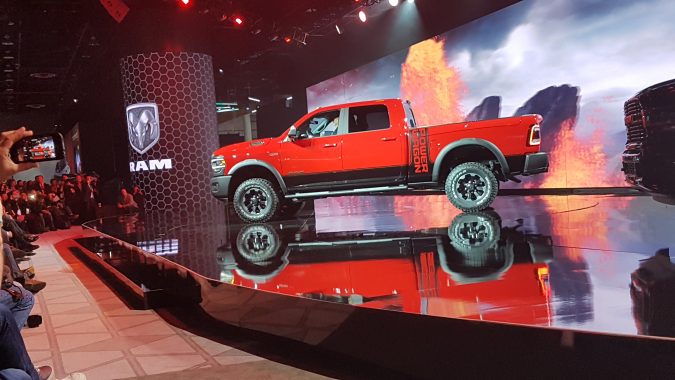 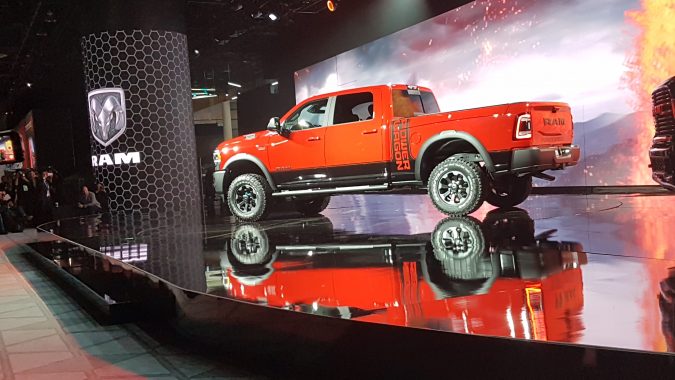 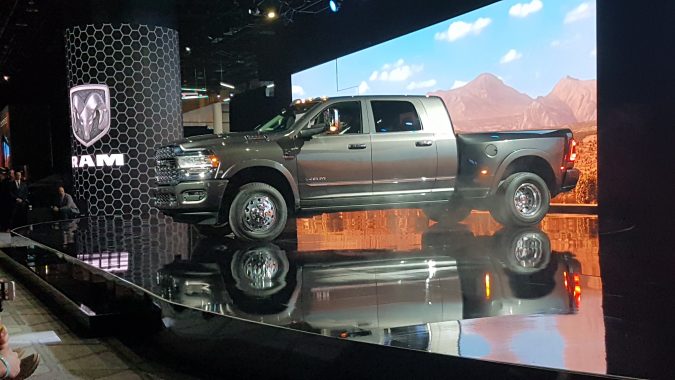 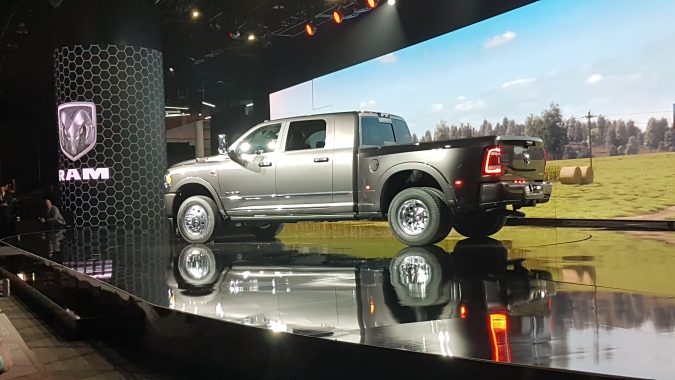 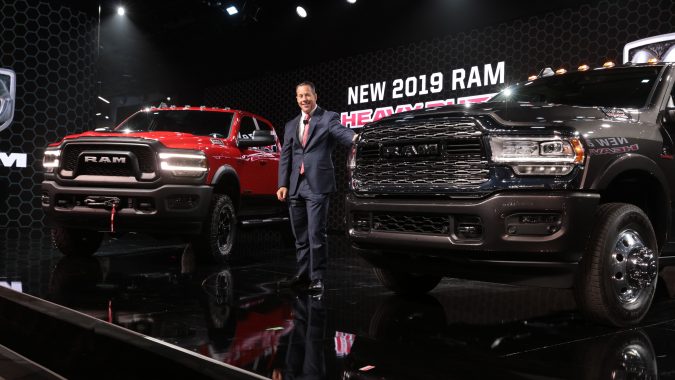 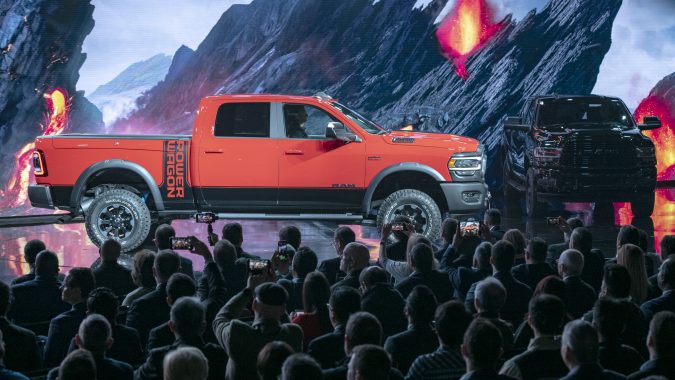