A pair of 2014 Ram pickups swept the Canadian Truck King Challenge earlier this month, taking top honours in the light-duty segment with the new 3.0-litre EcoDiesel 1500 version, and in the heavy-duty class with its 2500 Diesel.

The light-duty contenders were divided by price, with the EcoDiesel in Laramie Limited trim taking the over-$45,000 division as well as the top prize.

Organized by auto journalist Howard Elmer, the four-day event required the judges (I was one of them) to drive the trucks a combined total of 4,000 kilometres — empty, with a payload, towing trailers, and on a challenging off-road course.

This seventh-annual event is one of the few that tests the vehicles back-to-back under real-world working conditions.

It’s an excellent opportunity for comparisons. No one makes a bad truck, but some are better suited to certain tasks than others. Trucks cover a huge range — from workhorse hauler to luxury limo — and buyers need to assess them for specific needs.

Related: In the market for a pickup? Start your search here

Each truck was judged on its merits and how it handled each task relative to its capacity, with points for each added up for an overall score.

The Ram 1500 EcoDiesel was definitely my pick for the winner. It’s the first diesel in the light-duty segment, but don’t expect it to stay exclusive. Nissan has already announced it will put a V8 diesel in its Titan pickup, and if Ram has one, expect GM and Ford to drop them under their hoods shortly.

When towing, I found the Tundra’s front end got too light for my liking but, overall, all the other trucks did a decent job. The diesel was the sweetheart, accelerating effortlessly, and with smooth shifting, courtesy of its eight-speed transmission.

The Ram also scored big for its optional air suspension, which automatically levelled the truck whenever any weight was added. 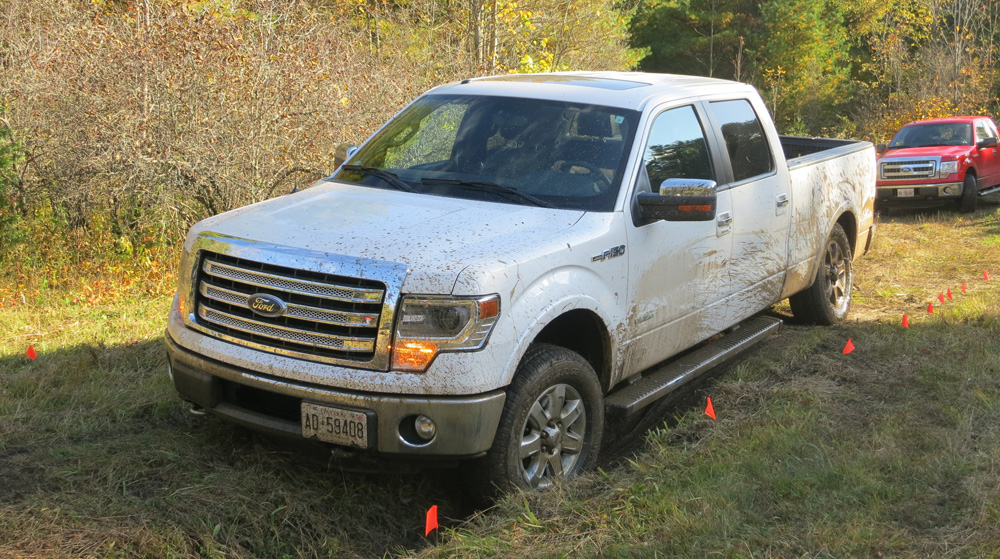 It’s overshadowed by Ford’s 5.0-L V8 and turbocharged 3.5-L EcoBoost engines, both of which considerably outmuscle it in torque and horsepower. But it’s a solid choice for all-around performance.

It ran almost neck-and-neck with the EcoBoost for fuel economy, and it costs less. This engine could well be Ford’s best-kept secret.

There were other things that stood out.

Tundra’s top-line 1794 edition, named for the founding date of the Texas ranch where the truck factory now stands, has the best-looking interior, and its CrewMax configuration has massive rear-seat room.

The integrated bumper step to get into the bed of the GM trucks is brilliantly simple and effective, while Ford’s flat rear floor is easiest for loading cargo inside.

Even little things, like the trailer harness plug — above the bumper on all but Ford, where it’s below and tougher to reach — can add up over a day’s work.

The heavy-duty trucks were close, with Ford finishing just a hair behind the winning Ram. I thought the Ford handled the best, while the GMC’s engine/transmission combination works really well together.

The Ram we tested, oddly, would have had a higher payload with the new 6.4-L V8 gasoline engine than with the diesel. But the judges preferred its acceleration and braking performance, and also found it the quietest on the road.

Ram also did well south of the border. In an unrelated annual contest held by the Texas Auto Writers Association, the Ram 1500 was named the Truck of Texas, while the Ram 2500 was the Heavy Duty Truck of Texas, and the EcoDiesel took Best Powertrain, among 15 out of 24 awards that Chrysler won. 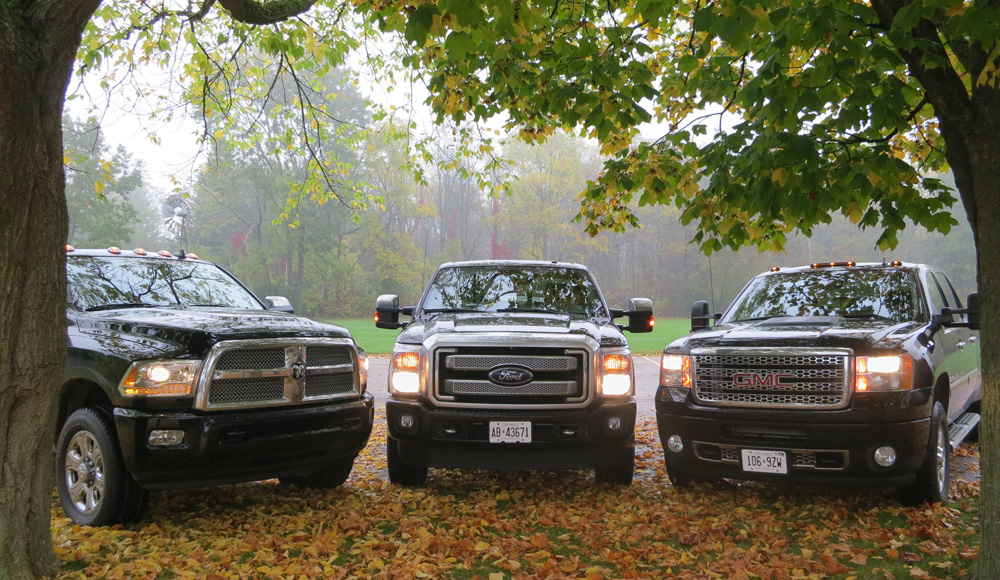