Ram Grows With the Times

The 2019 Ram 1500 pickup is longer, lighter and more efficient thanks to a number of new features like a mild hybrid system.

DETROIT. MI: Ram is saying the 2019 1500 pickup unveiled at the North American International Auto Show in Detroit is its most capable ever.

And it may also be its most fuel-efficient and safest ever due to the adoption a “mild” hybrid system plus more than 100 security and safety features.

Ram is also claiming it has the longest, lightest and most efficient frame in the segment which is now 45 kg (100 lb) lighter than the previous model. 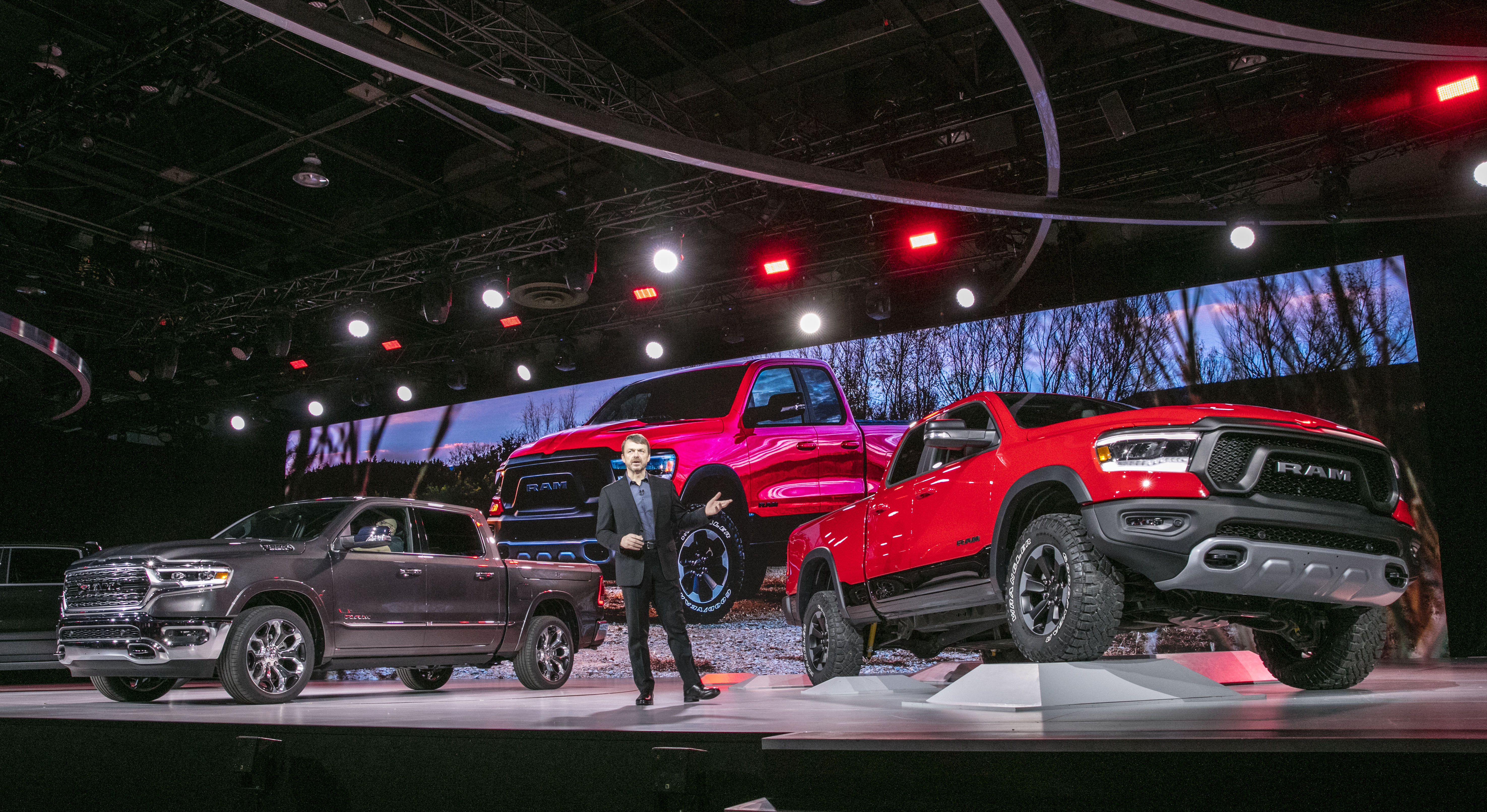 The new eTorque mild hybrid system uses a belt-driven motor/generator and regenerative braking providing short-range power assist and stop/start function. The system adds as much as 90 lb/ft of torque to the V8 and 130 lb/ft with the Hemi.

Canadians will love the heat exchange function on the industry-first thermal axle. It quickly warms the rear gear oil making for a more efficient start up.

Standard on the 2019 Rebel with 4X4 Off-Road Package is an electronic locking rear differential but it is also available across the model lineup. The 4X4 Off-Road package also includes a one-inch chassis lift, tuned shocks and Hill Descent Control.

What I found most interesting was the biggest centre stack touchscreen I’ve ever seen in a truck.

It is a vertical, 12-in full-color unit that not only provides everything you need when it comes to navigation/infotainment but it is also reconfigurable into a split screen.

Ram says it also has the most powerful audio system ever available in a pickup thanks to harman/kardon with 19 premium speakers, 900-watt surround sound amplifier, 10-in subwoofer and active noise cancellation

Another nice feature on such a large vehicle is a 360-degree Surround View Camera with bird’s-eye perspective of what’s around you. 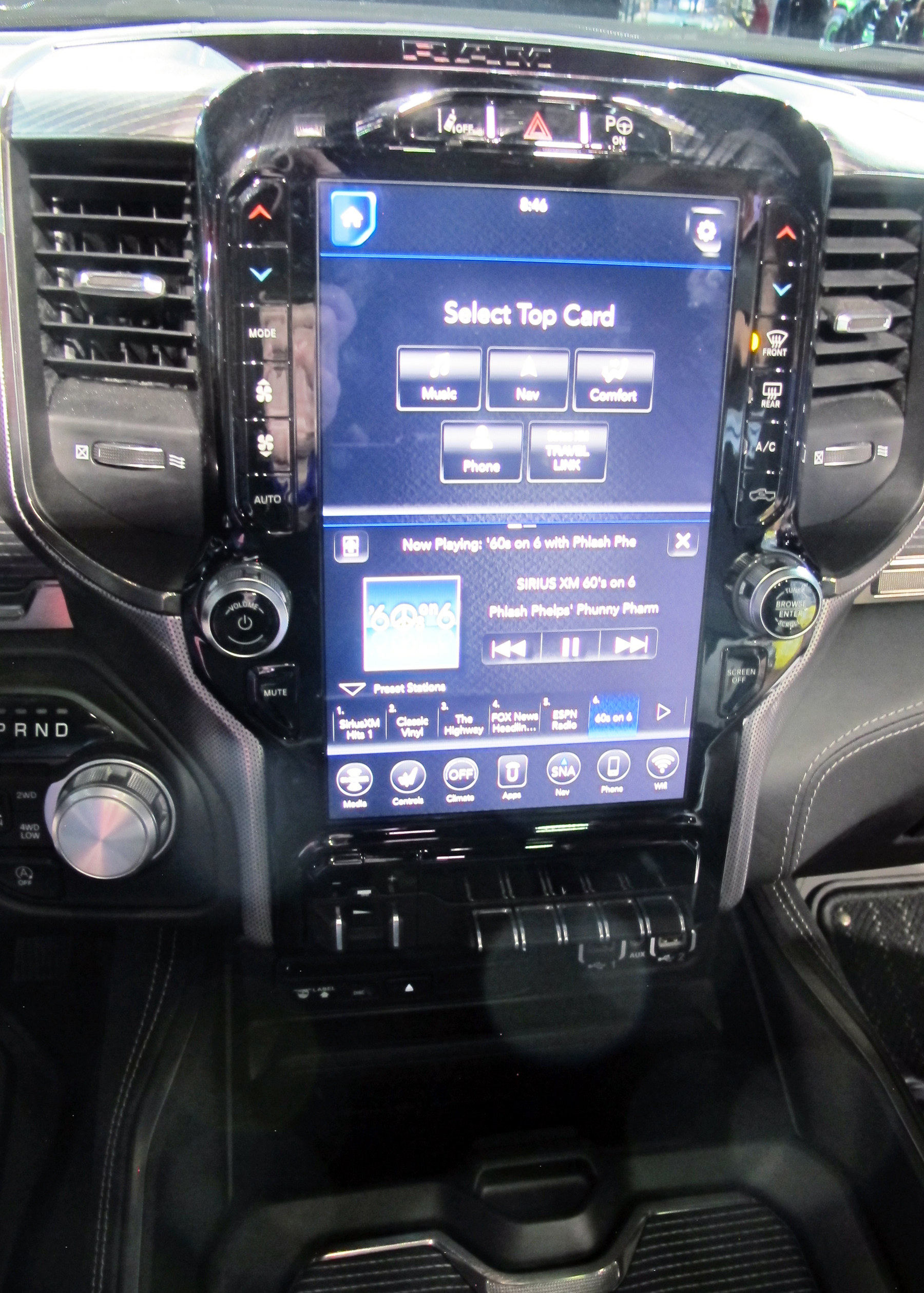