IThe automakers, though, will most likely be filing a very large insurance claim with Union Pacific.

We usually think about car crashes as happening once there’s a driver behind the steering wheel. But, as this latest story shows, sometimes they can get into a crash before they even make it to the dealership lot. It’s a trainload of Jeeps and HD pickups that have been thrown across the Nevada desert after a train derailment sent 33 railcars, and many more vehicles, for a wild ride.

The Lincoln County Sheriff’s Department, where the derailment occurred, posted photos and updates about the accident. Sheriff Kerry Lee said that there were railcars hauling hazardous waste, but that none of that cargo leaked out.

The crash was bad enough that around 33 cars were strewn across the landscape. That resulted in a road closure. “The county road from Elgin to Carp is completely closed until at least tomorrow and then it will remain partially closed for the next 7-10 days due to the train derailment this morning,” reports the Lincoln County Sheriff’s office. “There are construction equipment, train cars, and debris blocking the roadway. UPRR is working to get the area cleaned up and the road back open as quickly as they can.” The county is located about an hour North of Las Vegas.

The department said that the road will be at least partly closed for 7-10 days while the crash is investigated and cleaned up. 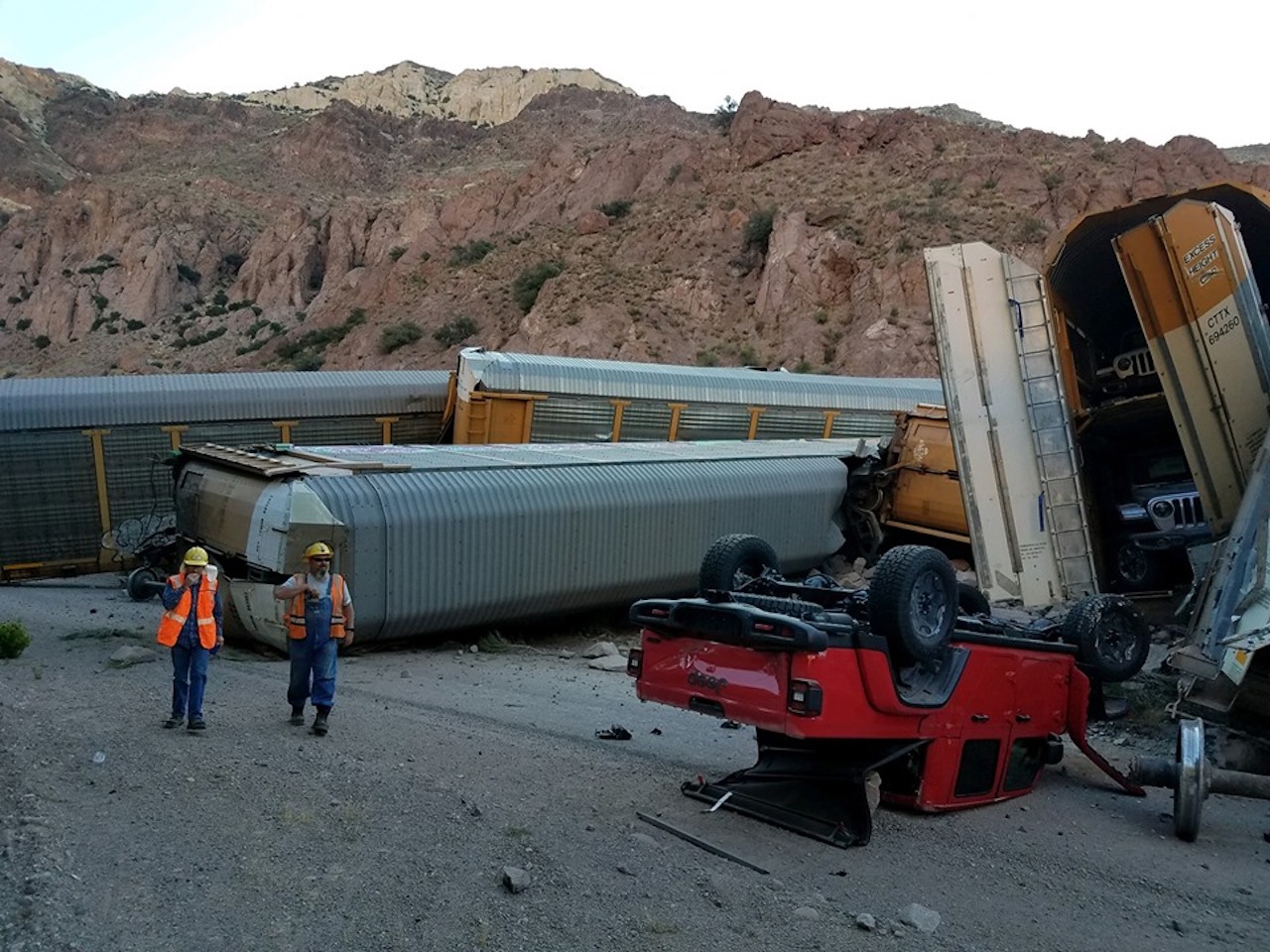 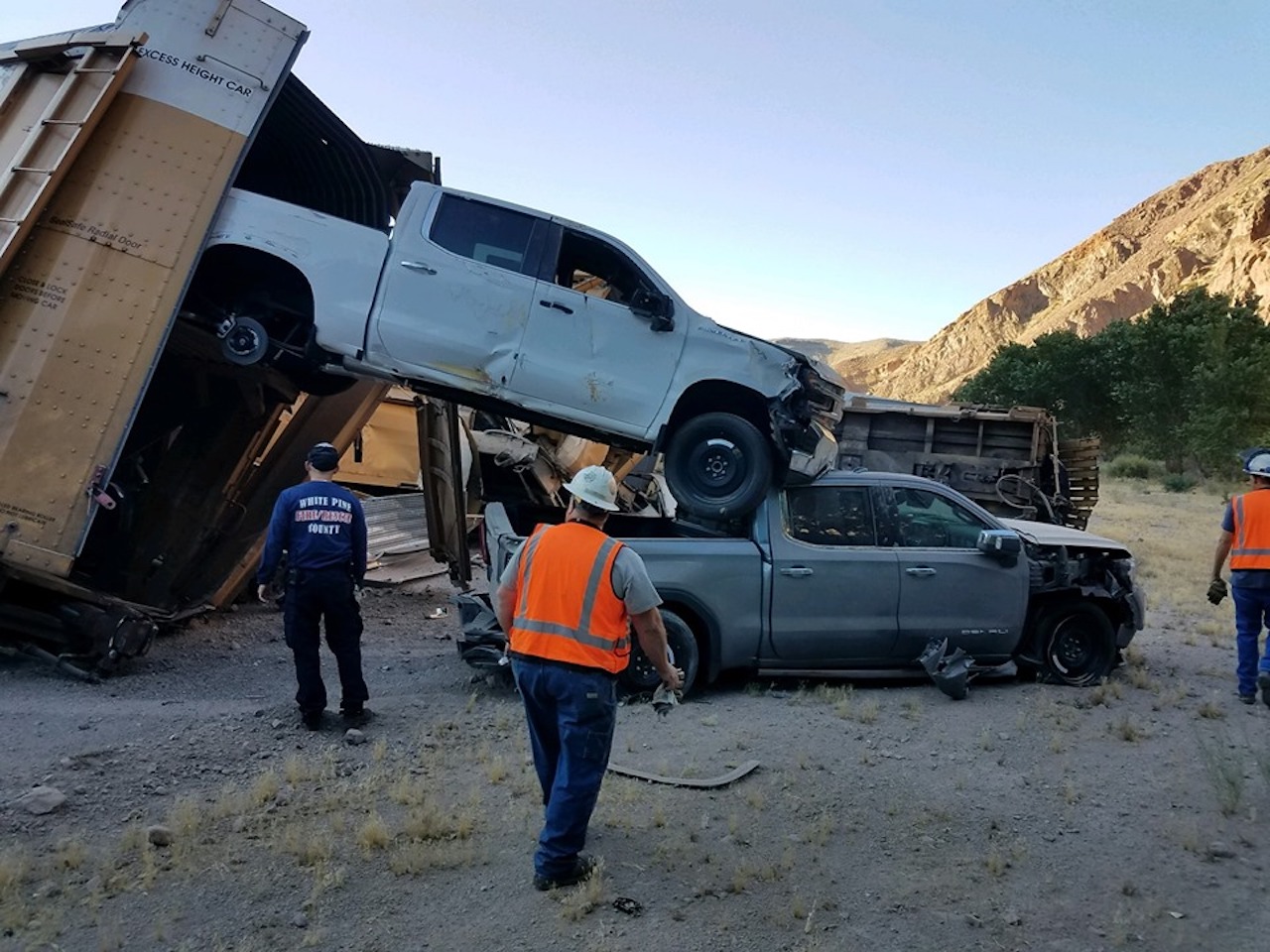 The train was loaded with Jeep Gladiator pickups and Wranglers coming from Ohio, and Chevrolet Silverado and GMC Sierra HD pickups built in Michigan.

It’s not yet known how many vehicles were damaged in the crash, but it’s clear there were at least a few Jeeps thrown across the landscape. Cars and trucks being shipped on trains are generally not strapped down, so expect there to be significant damage.

Since all three of the pickup models are very new, or just being launched, this will be a big hit for the dealers who were expecting them. And for the customers who were planning on getting their new rigs in the next few weeks. The automakers, though, will most likely be filing a very large insurance claim with Union Pacific. 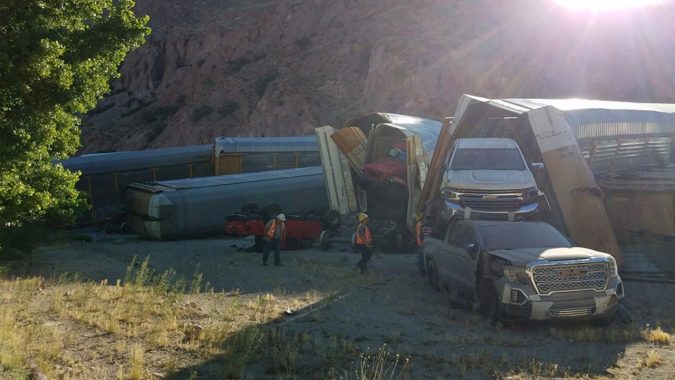 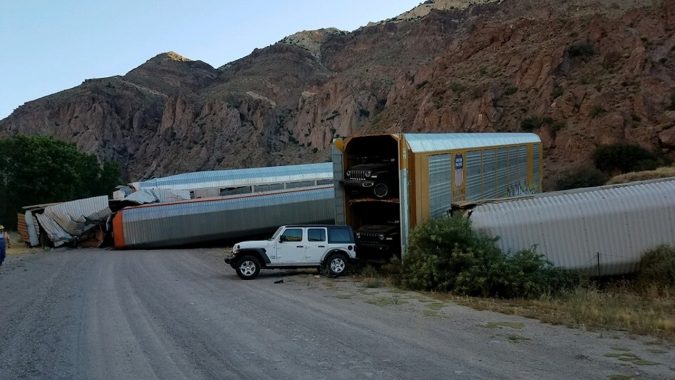