Radical Rapture is a Race Car for the Road. Barely

Where the track meets the road

The latest from Radical is a bit of an oddity for the company. A road car. A sub-800kg, 350 hp monster that is about as minimal as a car can get and still have a number plate.

The UK’s Radical Sportscars has been building trackday monsters since 1997, starting with the motorcycle-powered Radical 1100 Clubsport. Over the years, they’ve built an impressive number of ready to go racers, but just a trickle of road-legal models.

That’s changing with the new Rapture. We’re not sure if it’ll be street-legal here, but it will be in the UK. And that’s a start.

The aim of the car is to bring the track-focused experience to road driving. Radical calls it “an unapologetic assault on the senses.”

It starts with a lightweight spaceframe chassis. That has an FIA-compliant safety cell and crash structure. There are two moulded racing seats that get integrated headrests and multi-point race harnesses.

The bodywork is composite, and it comes with a massive front splitter, bigger rear wing, and a fully-functional rear diffuser. And it looks like something that should be at Le Mans.

Powering this sharp edge is a 2.3L EcoBoost engine from Ford that’s been reworked by Radical with a new turbo and new air induction system. 350 hp and 320 lb-ft of torque are the result, and the power is sent through a six-speed paddle-shift box.

The featherweight chassis and four-cylinder engine mean this car is just 765 kg. Light enough for a 3.0-second run to 100 km/h, but more importantly it should be a rocket ship on a straight stretch of road. Offering a power to weight ratio nearly the same as the Ferarri 488 Pista.

Making sure it sticks in corners as well as it goes in a straight line, it uses Radical’s own Nik-link suspension. That’s a special link that allows for more suspension travel with a shorter shock. The suspension is fully adjustable including Intrax Racing dampers and interchangeable roll bars. 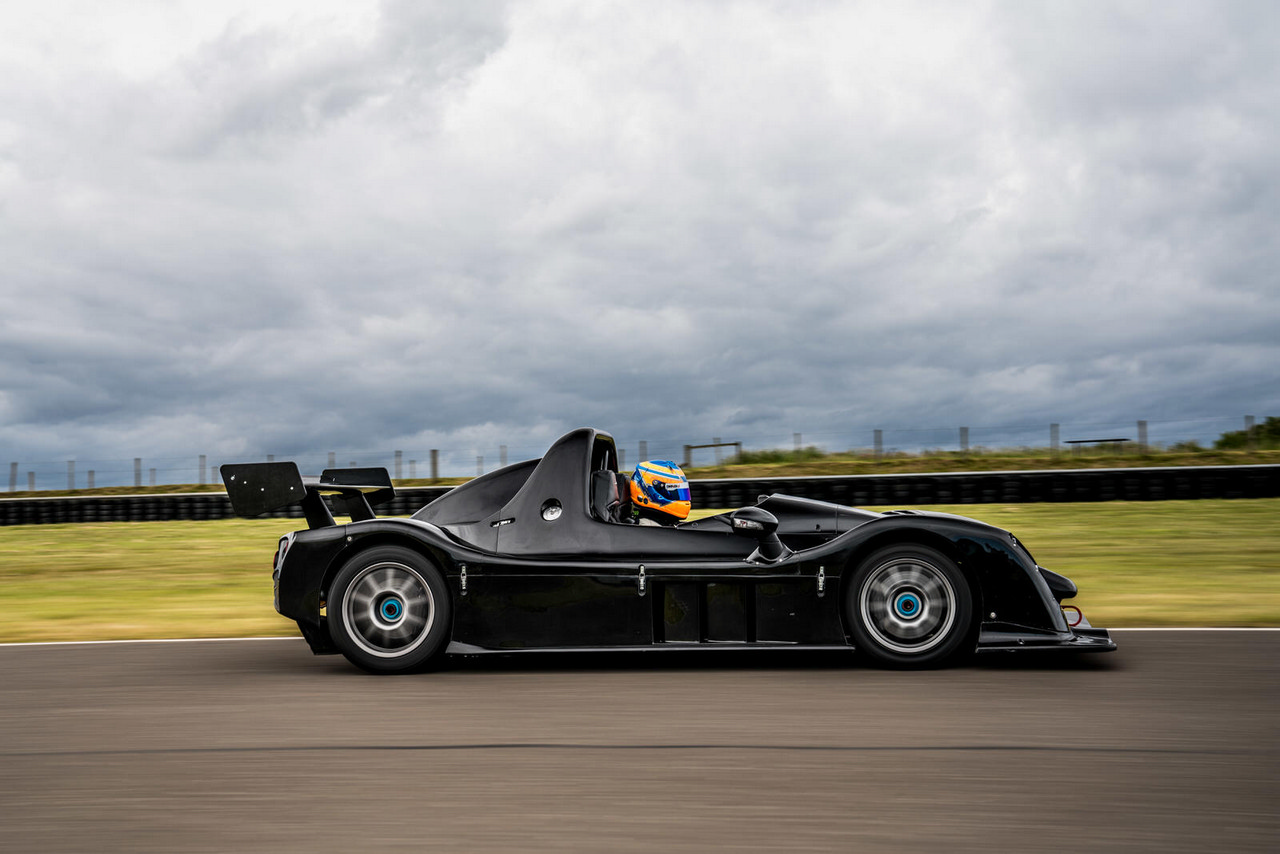 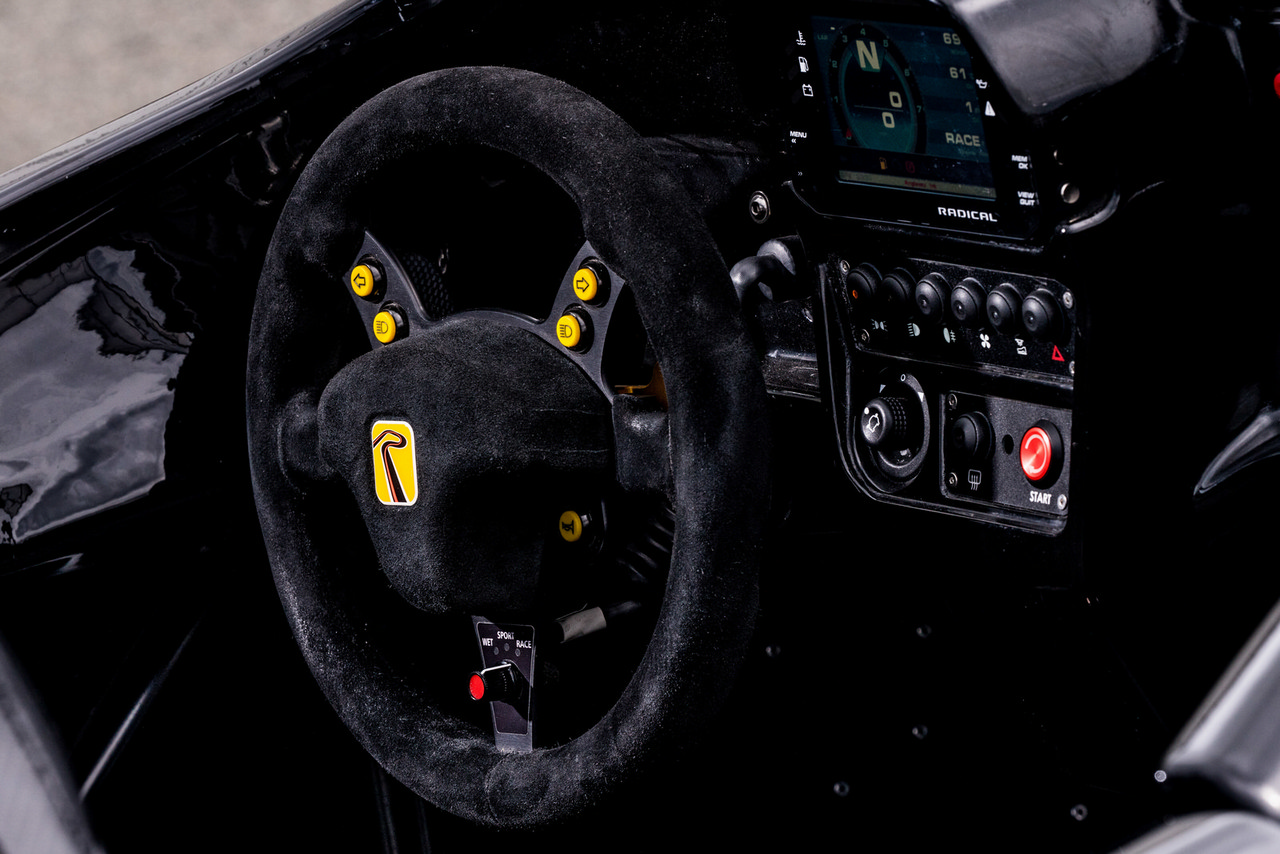 The cabin is unsurprisingly minimal, putting most controls on the steering wheel. It comes with Aim multifunction LED dash that adds data logging functions. And yes, it is heated in the cabin, Radical says.

Radical is taking orders for the car now, with first deliveries set for next month. 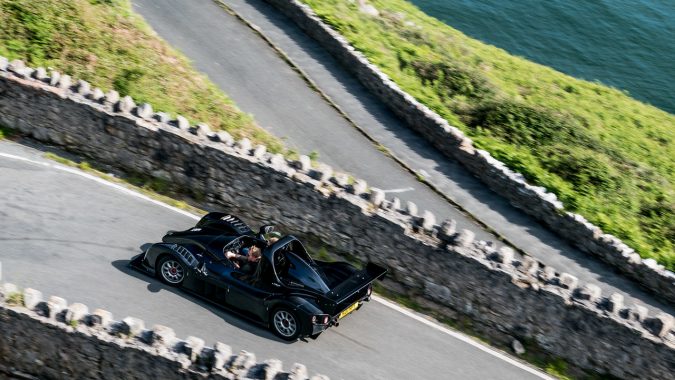 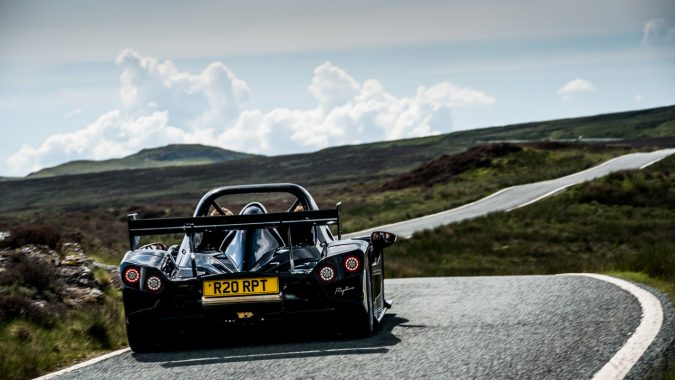 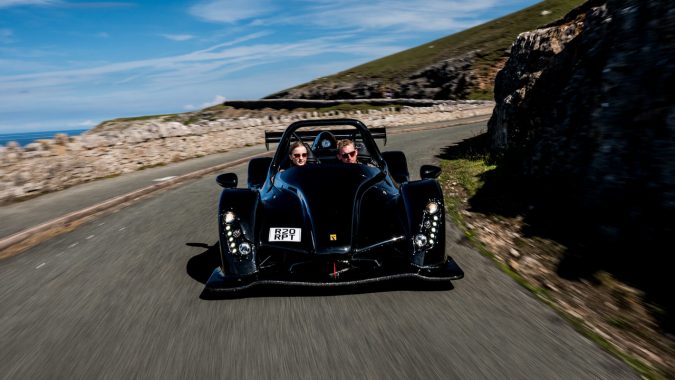 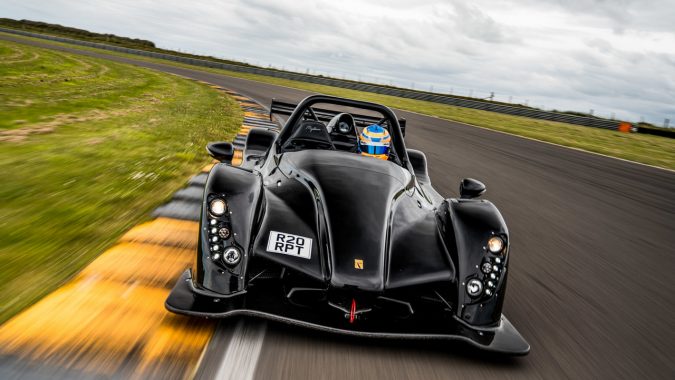