Nearly four years after a grinding crash saw his racing career put on pause and his life nearly snuffed out, Canadian IndyCar  star Robert Wickens of Guelph will return to competition Jan. 28 at Daytona International Speedway.

Wickens and fellow Canadian Mark Wilkins of Toronto will co-drive a Hyundai Elantra N TCR race car, No. 33, in the Michelin Pilot Challenge season opener, a four-hour endurance race kicking off the Rolex 24 Hours at Daytona race weekend. The duo will drive a car fitted out with hand controls for Wickens that can be disengaged when Wilkins is behind the wheel

The Canadians will drive for Hyundai Motor North America on a team entered by Bryan Herta Autosport. Herta, a veteran of IndyCar and sports car racing, was keen to sign Wickens after the driver, who’d been left a paraplegic by the IndyCar crash, showed he hadn’t lost his desire to race or skill in the cockpit when he’d tried out a Hyundai Veloster N TCR at the Mid-Ohio Sports Car Course last May.

“Today is a monumental day for us as a team and as fans of Robert Wickens,” said Bryan Herta, in a release. “We have followed along with Robert’s rehabilitation and marveled at his determination and dedication, along with his many, many fans. To now announce that he will be making his professional motorsports return in one of our Hyundai Elantra N TCR cars is truly incredible. We thank Hyundai for their amazing support and helping us build a path for Robert to get back to where he belongs.”

Wickens, a former Formula One test driver and winner of races in the German Touring Car Series (DTM), was an IndyCar rookie in 2018 and took the series by storm. He won the pole and led all but two laps in his first IndyCar race and then went on to score four podium finishes and won the Indy 500 Rookie of the Year honor, all in his first 12 races.

The next race, at Pocono, Pa., changed his life forever. On Lap 7, his car clipped wheels with another and was thrown into a fence. The crash broke literally every bone in his body and left him unable to move below his waist.

Since the accident, Wickens’ perseverance and persistence has led to triumphant breakthroughs in his relentless regimes of physical rehabilitation and therapy that continues daily and is followed by his many fans on social media. Wickens and his team of therapists and trainers have become trailblazers in developing innovative technology and treatment methods for the spinal cord injury community.

“I’ve spent a lot of nights thinking and dreaming of this moment, and with the support from Bryan Herta and Hyundai it is all becoming a reality,” said Wickens. “I am hungrier now than I was before my accident to compete for wins again. I’m really looking forward to incorporating myself with the entire Bryan Herta Autosport team and to finally get my first taste of the Hyundai Elantra N TCR.” 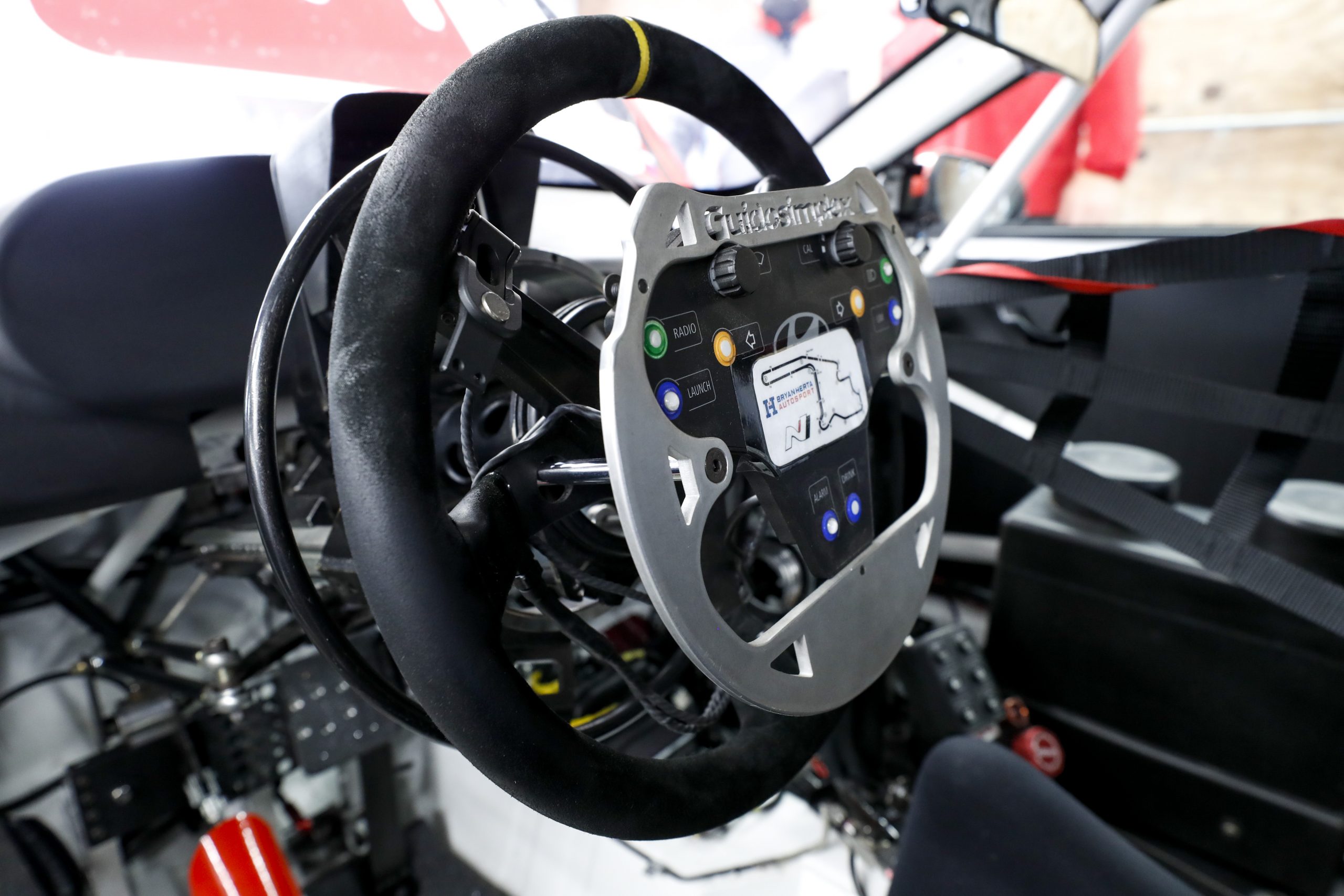 During a press conference Friday, Wickens said that his recovery “had pretty much plateaued. I’m not regaining any more muscle function so it looks, unfortunately, like I’ll be in a (wheel)chair for the rest of my life. . . as long as modern medicine and science stays where it is. It’s a great life; I’ve been able to regain a lot of function. I can stand with support and take a couple of steps with support but so far as leaving the chair permanently, I don’t think that’s in my pipeline right now.”

When he was so grievously injured, he was driving for Arrow-McLaren SP and the team said then that there would always be a car for him when he was ready to resume his career. He said Friday that he is still with the team. “I have to thank them as well for allowing me this opportunity. They know I’m a racer at the end of the day.” 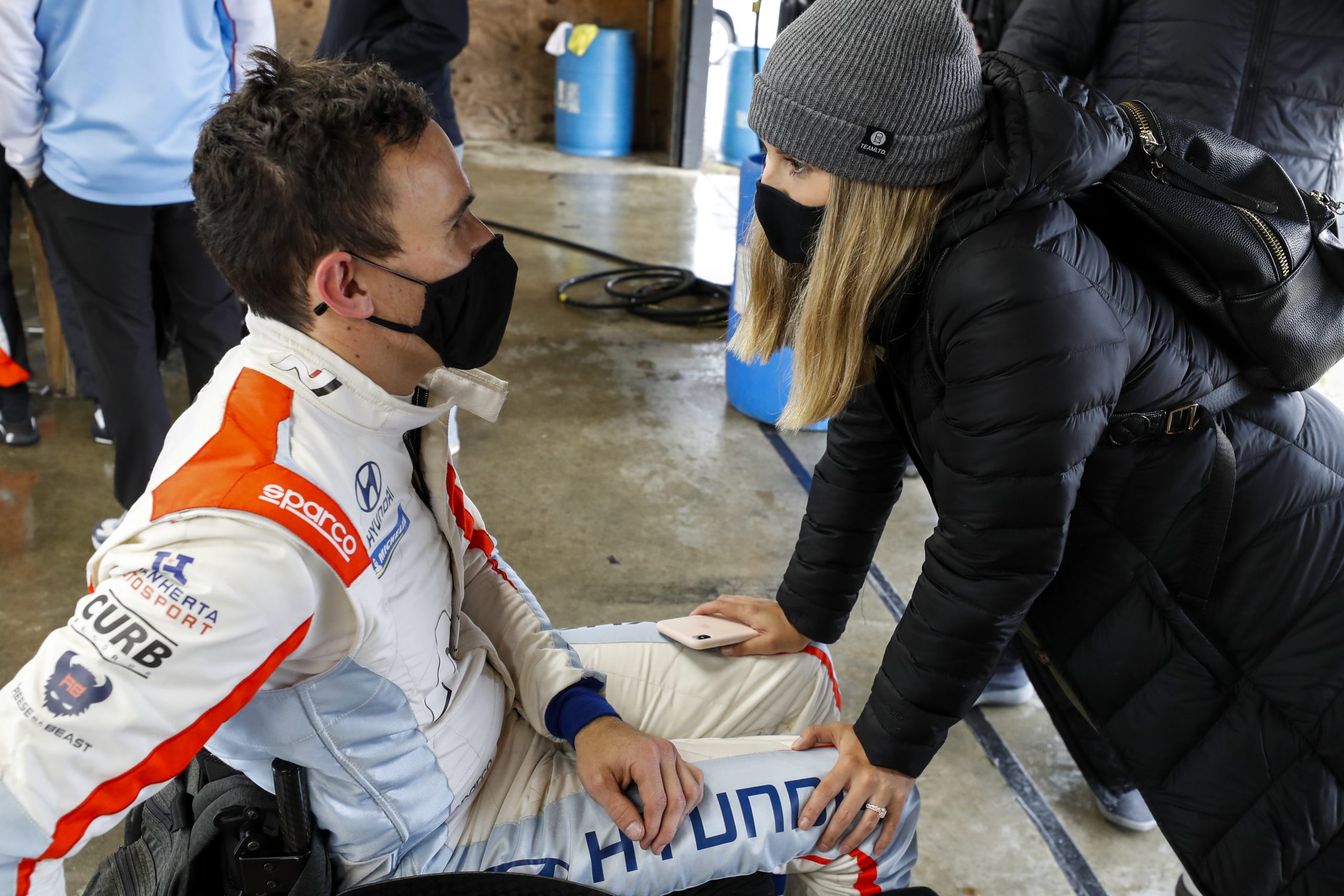 Wickens and Wilkins both said they were keen to go racing this year at Canadian Tire Motorsport Park when, COVID-19 notwithstanding, the series returns to north of the border. Wickens noted that when he was injured, in 2018, it was at the race immediately following the Honda Indy and from his perspective, that race was the highlight of his year.

He said he doubted that he would race in the Indy 500 again anytime soon but that was okay because there were other challenges – other cars in other series – to tackle.

“It’s been a long, winding, and difficult road to this point and the journey is not over,” Wickets said later Friday on social media.

“But thankfully we’ll be able to move down the road with a bit more speed! Now, let’s go win.”