Racing Roundup: Will Lewis Try to Clean the Table in 2019?

So what does Lewis Hamilton do now?

He won the pole with ease and he won the race with ease this weekend at the Abu Dhabi Grand Prix, the final race of the 2018 Formula One season. (Click here for a full report.)

He won 11 races in total and was on the podium enough times that he finished the year with more than 400 points, the first driver in F1 history to earn that many.

Although there are many F1 “records” (oldest driver to win a Grand Prix, fewest races before first win, and so-on), I believe only three – perhaps four – really count: most wins, most poles, most fastest laps, maybe percentage (although that last one is dicey because, in the 1950s, there were frequently only six or eight grands prix in a year. If someone dominated, like a Fangio, their percentage would be sky-high.)

While Hamilton has said that he doesn’t care whether or not he is ever able to break Michael Schumacher’s records, I suspect he does and is giving himself an out if he should fail. Meantime, he’s pouring it on.

The race this weekend meant nothing. It was one of those times, and in the ultra-competitive world of F1, they don’t come along very often, when he could have held back a little and gifted his teammate, Valtteri Bottas, with a pole and a victory – if he’d wanted to. But he clearly didn’t, signaling (to me, at least) that he wants as many poles and victories as he can get.

So his long-term goals, I think, are to chase down Michael’s most wins: 91 to Lewis’s current 73 and his fastest laps: 71 to Lewis’s 41. Hamilton already holds the record for most poles – 83, to Schumacher’s 68.

Lewis is 33 years old, which means he has many years of F1 competition ahead of him. Barring injury, he should be able to pass Schumacher for wins and fastest-laps within – say – five years and probably sooner.

But what about short-term goals? What could Lewis have in mind to motivate him to continue putting the pedal to the metal? And please don’t say Sebastian Vettel, because until Ferrari blows up the front office and the management team and puts in people who know what they’re doing, Vettel will not be a threat.

I suggest Lewis Hamilton will go into the 2019 season intent on winning all 21 grands prix. Every one. I think the Mercedes F1 race car is capable and I think Lewis is capable. And if he pulled that off, he would set a record that, frankly, would likely never be equaled or beaten.

I think that was Schumacher’s goal in 2004 when he won 13 of 18 races for Ferrari. He was unbeatable early in the season, winning five straight, but got careless at the sixth race, Monaco, and ran into Juan Pablo Montoya in the Williams. The collision forced him to retire.

I think he then revised his goal and set out to win all the rest of the races that year. He finished first in the next seven, only to have a bad race at Belgium where he finished second. That, obviously, took the wind out of his sails and he only won one of the remaining four races.

However, his record that year was phenomenal: five straight wins; one loss; seven straight wins; three losses; one win; one loss. And that was against a field deep in talent – Montoya, his brother Ralf Schumacher, a young Jarno Trulli, Kimi Raikkonen, Fernando Alonso and on and on.

Hamilton’s competition in 2019 will be nothing compared to Michael’s in 2004. Other than Vettel, Max Verstappen and a reinvigorated Daniel Ricciardo, who is moving from Red Bull to Renault, there won’t be a lot out there. So a goal of 21 wins in 21 races is possible. 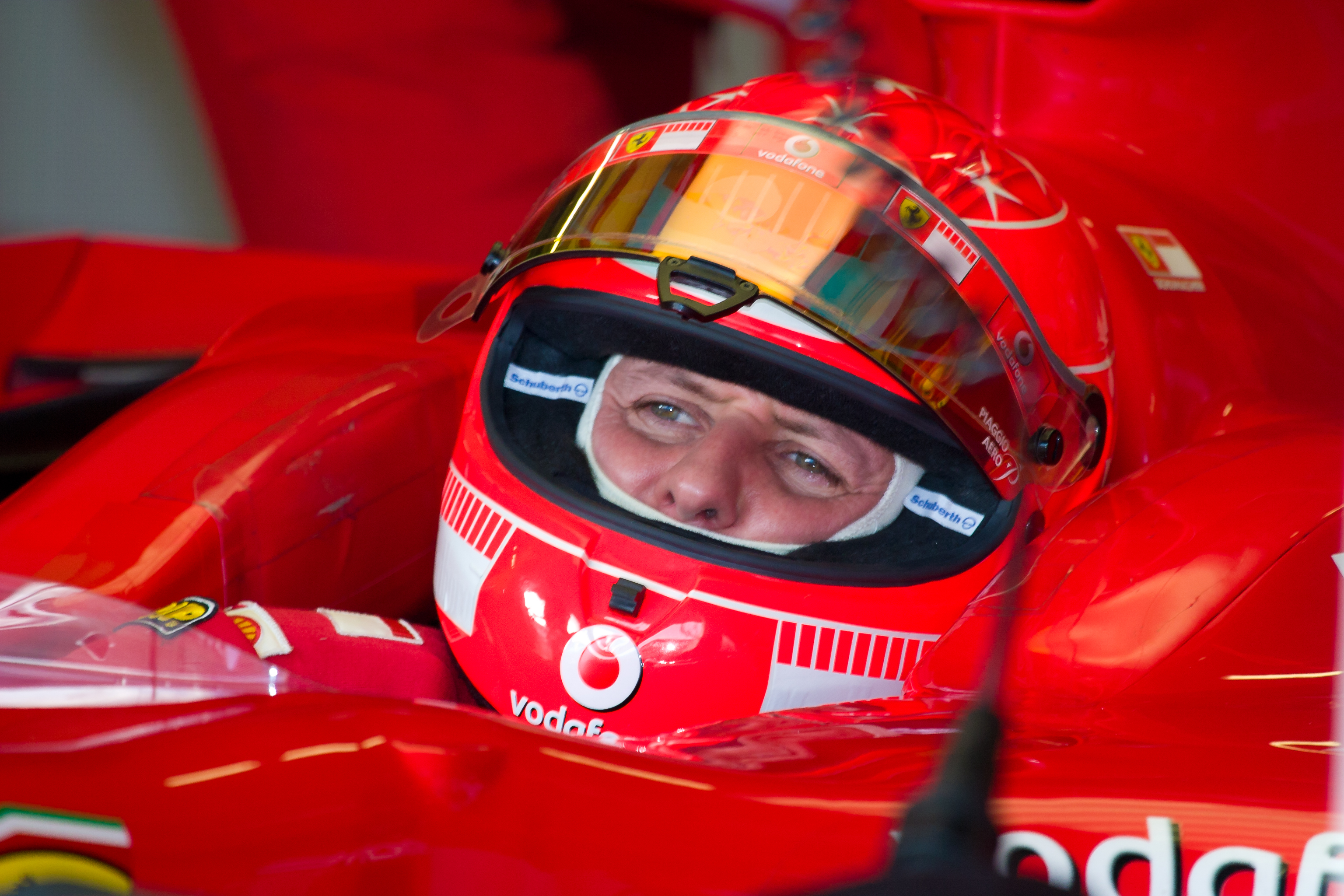 OTHER RESULTS AND RACING NEWS: It was thrilling to see three world champions – Vettel, Hamilton and the retiring Fernando Alonso – perform choreographed donuts on the main straight at the conclusion of the Grand Prix. Max Verstappen, who finished behind Vettel in third place, didn’t joint in because he hasn’t won a world championship – yet. . . .

– Jimmie Johnson was on the grid (thank goodness he’s finally shaved off that hideous beard) and he and Alonso will trade cars at the Bahrain circuit Monday. Everybody is playing this one close to the vest but, as I’ve written before, don’t be surprised if Alonso drives in some NASCAR races next season. . . . . .

– Toronto’s Nicholas Latifi finished ninth overall in the 2018 Formula 2 standings. Unfortunately, he didn’t score any points in the F2 season finale at Abu Dhabi.  The top two points finishers, George Russell and Lando Norris, are moving up to Formula One in the new year. . . . . . Devlin DeFrancesco of Toronto didn’t have much luck in the GP3 races at Abu Dhabi either. Like Latifi, he was held off the score sheet. . . . . .

– Nico Hulkenburg touched wheels with Romain Grosjean on the first lap and turned over twice before winding up upside down against a barrier. There was a small oil fire but it burned itself out. Everybody said the marshals did a wonderful job but I thought they could have been on the scene faster. Hulkenburg came up with the line of the century, though. Asked how he felt by his team on the radio, he replied: “I’m hanging here like a cow.” . . . . .

– Much was made about Hamilton’s 400 points – and I made reference to it in the first paragraphs of this piece. But everybody gets points these days. Half the field, in fact. It was way better back in the 9-6-4-3-2-1 days. Points really counted then. . . . . .

– Lance Stroll, who will be announced as the new Team Canada driver any moment/minute/day now, continues to remind me of Paul Tracy, who always had storming starts. Stroll started 20th but was up to 15th by the end of the first lap. . . . . .

– Karel Kare in a Subaru WRX ST won the Rally of the Tall Pines in Bancroft at the weekend.

And that’s a wrap for 2018. Merry Christmas, everbody! 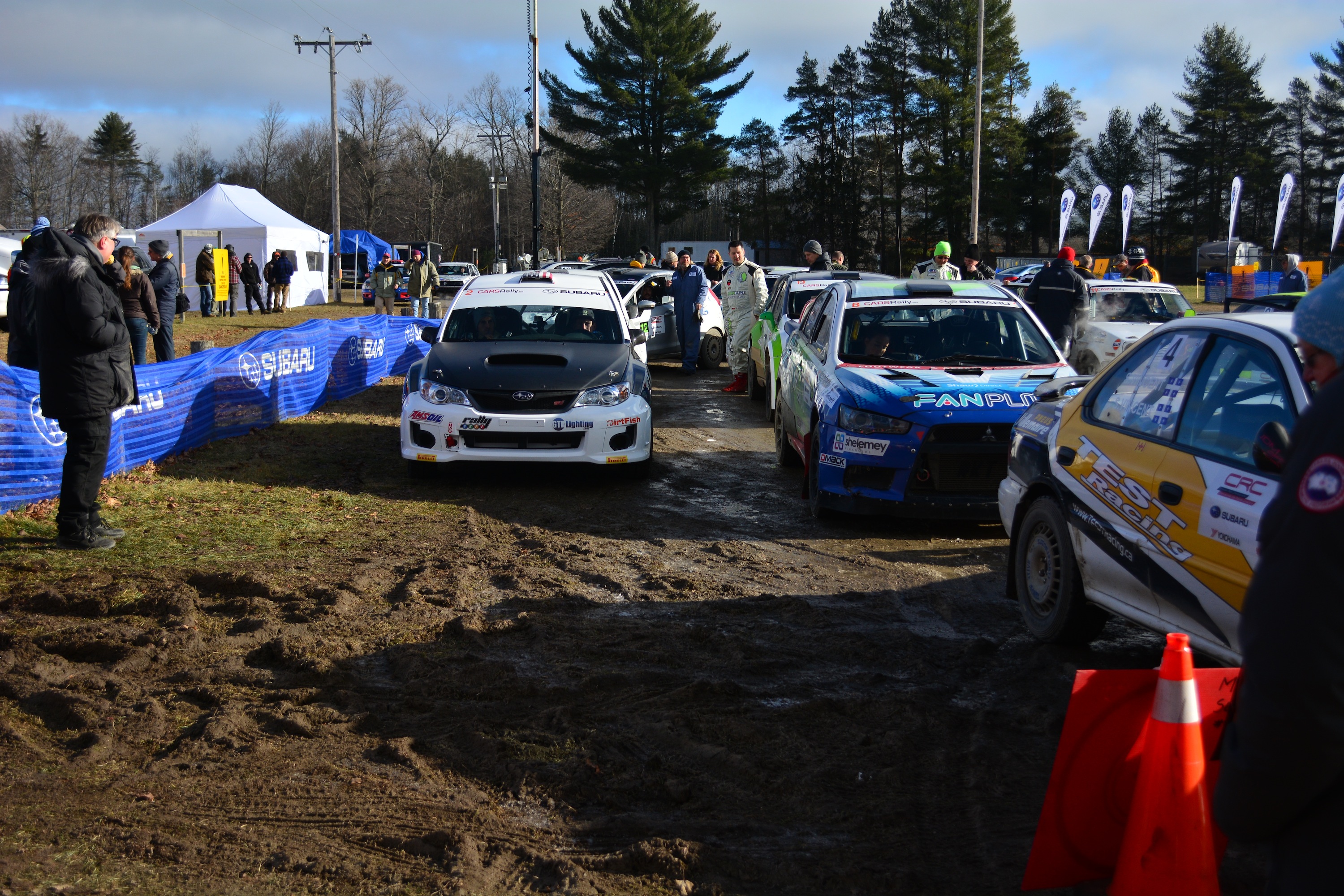