Racing Roundup: What Was harder? Racing in the Rolex 24, or Watching it on TV?

Cadillac dominates Daytona Prototypes and Tony Stewart, Christopher Bell and Rico Abreu are coming to Ohsweken Speedway this summer to do some real racing

I’m writing this about 7:30 Sunday night and ever since it went off the air at 3 p.m., I’ve been trying to figure out which was harder: racing in the rain during the Rolex 24 at Daytona or watching it on television.

Torrential rain, an absence of drainage in the infield of Daytona International Speedway, careless driving by people who should have known better (and to think I was a fan of Katherine Legge), all sorts of yellow flags, two red flags and – apparently – indecision on the part of IMSA officials whether to either keep going or to call the race and I have to tell you: I was exhausted by the time they finally waved the checkers 10 minutes early.

Wayne Taylor Racing won the marathon for the second time in three years. Fernando Alonso, who was behind the wheel of the Cadillac DPi-V.R when it took the lead with about two hours to go, Kamui Kobayashi, Wayne’s son Jordan Taylor and Renger van der Zande were the drivers. It was Cadillac’s third consecutive Rolex victory.

Alonso has won the Grand Prix of Monaco (twice), the F1 world championship (twice), the 24 Hours of Le Mans and now this day-long Daytona event, leaving just the Indianapolis 500 missing from his curriculum vitae. If he has the horse, he could fill in that blank this May.

Now, I have to admit I didn’t watch for the whole 24 hours. The only guy I ever knew who did that was a friend who started to build an elaborate model car from a kit when the green flag waved and he finished it – only stopping to eat and use the washroom – when the checkers waved. He then slept till Tuesday.

I watched the first three hours, then my wife and I had dinner and she wanted to watch a movie. By the time it was over, it was dark, dark, dark at Daytona and I’m sorry but I have no interest in watching headlights drive around at night so I watched the NHL all-star game, which was just as boring but I could see the players.

Having said that, a big cheer to the IMSA, NASCAR and TSN people who worked their fingers to the bone to make this race and the rest of the IMSA schedule – including the 12 Hours of Sebring and the Mobil 1 SportsCar Grand Prix at Canadian Tire Motorsport Park – available on Canadian television.

Having said that, there is some sensitivity to criticism. For that, I apologize. But people have concerns. I heard from a number of people this weekend who are worried about continuing availability. Discovery Velocity is a pay channel (over and above what people pay for basic cable-plus) and Bell had a free preview going this weekend.

“I doubt I will be able to afford to add that channel,” said one guy. Said another: “As a consequence of IMSA races being broadcast on Discovery Velocity from now on in Canada, the IMSA.com TV feed is being blocked. I’m told it’s what the manufacturers wanted because they’ve agreed to pay much of the costs of putting it on TV. I think that’s short sighted because they’d have a much bigger audience. It sure isn’t going to motivate me to suddenly want to pay for the channel. Except for the race, the programming is as bad as it gets.”

One other thing: I have an HD cable receiver in my family room and a non-HD receiver in our bedroom. I had to watch (what I did of) the race downstairs because my upstairs set had that notice we’ve all seen that says the channel in question is an HD channel and if you want to watch what’s on it, you have to pay for HD.

So it can be a double whammy: if you don’t have HD TV, you have to upgrade to HD and then pay for the channel. A lot of people won’t do this.

However, the people who did the negotiating on our behalf – and I for one am glad the races  are available on TV; I think I get the channel as part of my package, but if I don’t, I will pay for it – have done something else for us: TSN will broadcast an hour of highlights after every race. So although you will already know who won, you will still be able to see how things played out without having to pay for Discovery Velocity.

One other thing before moving on: what is the attraction of all those crappy automotive programs, like that Redhead thing on FOX Sports Racing. Stuff like that is all over the place – on the History channel, Discovery, Velocity and so-on. Is it cheap programming? Does anybody watch it? I guess there’s an audience, but it leaves me cold. In fact, much of it is downright stupid.

EVERY YEAR IN JANUARY, there is a gathering of the clan in Tulsa, Okla. More than 300 racers from all disciplines – NASCAR, USAC, the World of Outlaws, IndyCar – race midgets inside a huge agricultural fieldhouse in a knockout competition that goes over five nights and ends on the Saturday with a 24-car feature.

In the end, Christopher Bell (and I’ve been talking about him for years) won the Golden Driller trophy for the third consecutive January and he did it with style. On the last lap, he managed to get around NASCAR star Kyle Larson and held on for the win. Look for big things from that guy going forward. And I have to say it: I really hope he winds up in IndyCar instead of NASCAR.

If you want to see Bell in action, start making plans now to head for Ohsweken Speedway on the Six Nations Reserve near Brantford in July for the annual Northern Summer Nationals.  He’ll be racing a sprint car against Tony Stewart and Rico Abreu, along with any number of international dirt-track stars. See you there!

FORMULA ELECTRIC: This is for the record. Sam Brid won the race in Santiago this weekend, followed by Pascal Wehrlein and Daniel Abt.

OKAY, YOU WILL RECALL that several weeks ago, I write a feature about the ALDO Racing Team’s quest for success in this year’s Dakar Rally, which took place in early January in Peru. But driver David Bensadoun and his co-driver, Patrick Beaulé, both of Montreal, were not able to get past the third day. The difficult terrain and multiple traps set for the 41st edition of the rally-raid were some of the most brutal ever seen and their car just couldn’t take it.

That’s the bad news. The good news is that BRP’s Maverick X3 side-by-side (SxS) vehicle won the 41st edition of the Dakar for the second year in a row.

A popular choice for many racing teams, the Maverick X3 vehicle was dominant in the Dakar, as nearly 80 per cent of the vehicles racing in the SxS category were Maverick X3. Can-Am had more than 20 teams entered in the 2019 Dakar.

“We congratulate the winners,” said Olivier Camus, Global Marketing Director, Can-Am Off-road. “This amazing victory and the fact that many racing teams decided to choose a Maverick X3 to conquer the world’s toughest and biggest rally shows how BRP and Can-Am’s unrelenting focus on innovation produces best-in-class products.

“For us, racing is an exciting testing ground to create the best possible experience for our consumers.” 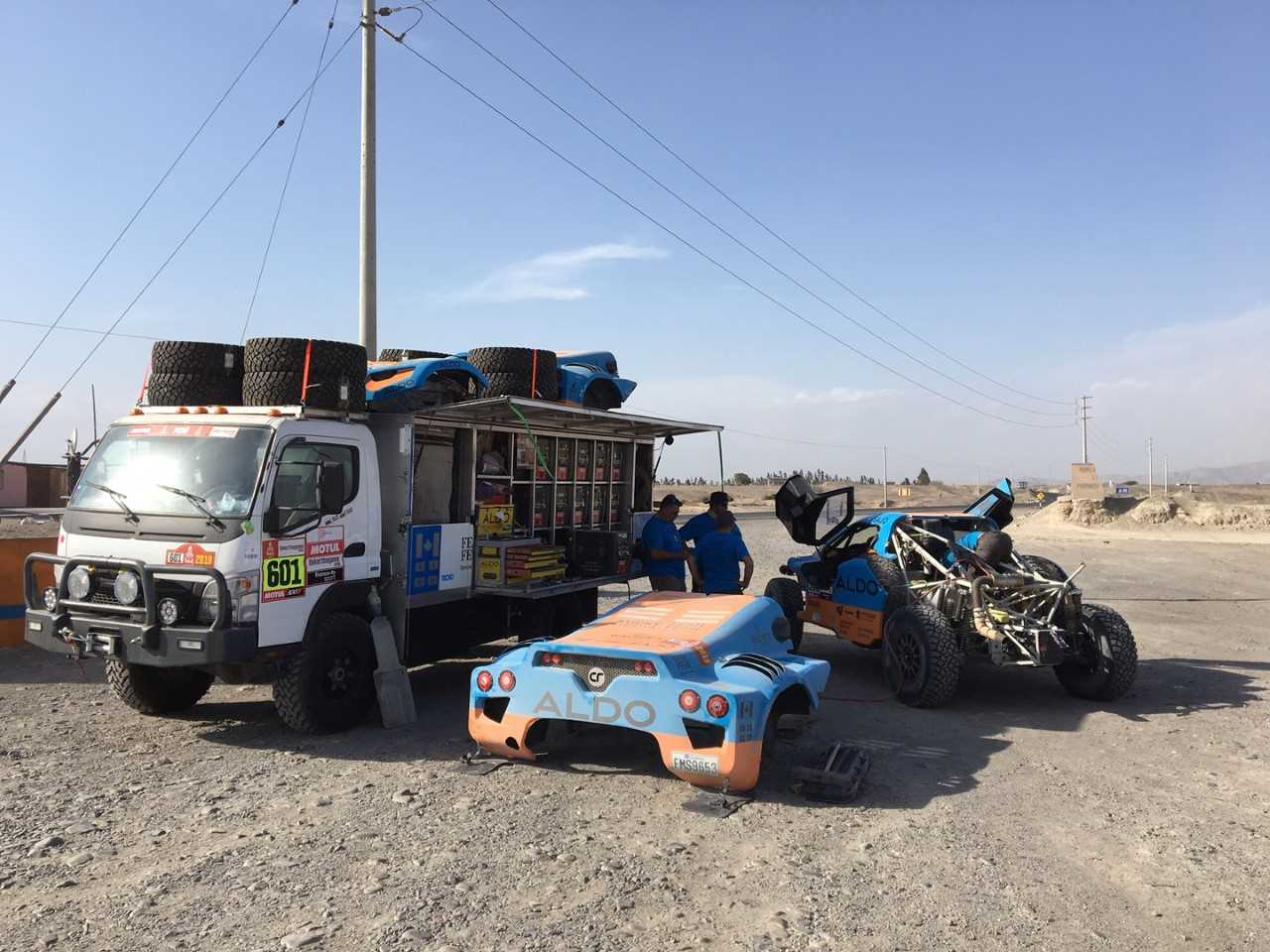