Andretti still trying to launch a team and all the news

Join the Conversation (0)
Max Verstappen started third in Sunday's Miami Grand Prix, was second a corner later and before you know it, he was first. And there you go.

Max finished first in his Red Bull and the two Ferrari drivers, Charles LeClerc and Carlos Sainz Jr., where second and third in their Ferraris. Other than that, the race was ordinary.

Canadian Lance Stroll of Montreal was 11th in his Aston Martin; Nicholas Latifi of Toronto was 14th in his Williams

Michael Andretti continued his lobbying in an effort to launch a Formula One team. Michael's front man, as usual, was father Mario who was talking nonstop to anybody who would listen saying that the money was in place, the drivers were in place and everything was ready. All they needed was permission.

It was interesting that on Wednesday night of the Miami race week, all of the players with teams in the league this year from Williams down through McLaren and Mercedes met for dinner and nobody was talking about Michael Andretti. The reason, of course, is because they could very easily wind up losing to the newbie rather than getting access.

One thing about the locale. Everybody talked about how wonderful Miami is when in fact anybody who has spent any time there knows that other than Key Biscayne, the place is a dump. Yes, it has a vibrant Night Life but other than that it is not exactly a wonderful place. One thing: the fake marina was the talk of the town.

Everybody talked about how this particular race was promoted and yet it didn't look like there were more people there than there usually is at the Long Beach GP or the King of them all, the Indy 500.

Bob Winegar, a special correspondent, reports that Howie Scannell's induction to the 2021 Canadian Motorsport Hall of Fame will take place at the CBC Building, 250 Front Street, Toronto in the Glenn Gould Studio, on Saturday, May 28 starting at 6pm and going to about 10 p.m. 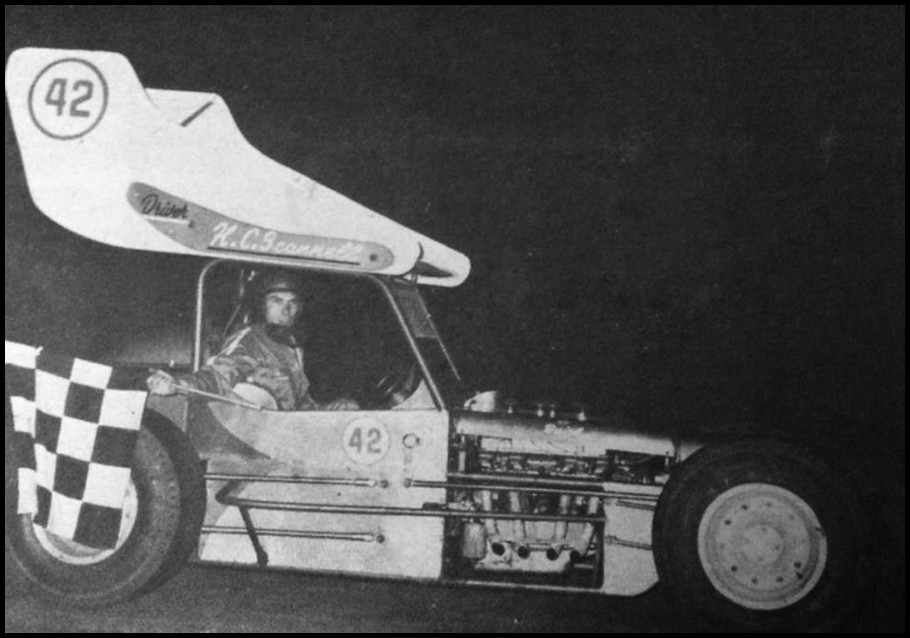 Howie Scannell's induction to the 2021 Canadian Motorsport Hall of Fame takes place at the CBC Building, 250 Front Street, Toronto in the Glenn Gould Studio, on Saturday, May 28 starting at 6pm and going to 10 pm.

There will be no sit-down dinner this year, instead a cash bar, and dress is no longer expected to be formal but casual, a suit perhaps, no tie.

It will include both the Class of 2020 and 2021, so I suspect it may run longer. Gotta thank those sponsors, mechanics and fans!

Tickets are $85 each and can be purchased through the CMHF website.

Thanks again to the following for putting their names up as references for Howie or assisting:

Hope we can see you all there to support Howie.

Joey Logano won the NASCAR Southern 500 Sunday, Justin Algier was first in the Xfinity Series and John Hunter Nemechek won the trucks race Friday night. . . . Danica Patrick did a great job in Miami,  better than she has at Indianapolis.

The inaugural Pirelli Supercar Challenge race is set to get underway this Wednesday May 11, 2022.

As part of the Shannonville Racing Club’s exclusive events, the Pirelli Supercar Challenge serves as a great way for both rookie and experienced club members to not just race in a safe environment but have a lot of fun in the process.

The series will see two division housing both street legal performance cars and race cars, these will be known as the Super GT and Super Street divisions. Races will be run on Wednesday evenings, once a month and be open exclusively to the members of the brand new Shannonville Racing Club.

The Super GT division welcomes any type of race car, while the Super Street division will be dedicated to street cars with a specific set of safety and passing rules. This program is open to all and welcomes women in motorsport.

In a typical race format, the events will consist of practice, qualifying and a race for both divisions taking place in the span of one evening. The goal of the Pirelli Supercar Challenge is to provide a fun and friendly environment, giving our customers a full race experience condensed into one evening.

“This is something that our customers really asked for,” said RACE Events general manager Dominique Bondar. “With the success of club racing all across Canada, the Pirelli Supercar Challenge is something we are excited to announce to the Shannonville community. With round one nearly here, we’re ready to get the ball rolling and create a fun activity for Wednesday nights.”

Registration for the four events can be found on the Shannonville website, with specifics rules and regulations available for both divisions.

The 2022 calendar will include four dates: