Penske wants more eyeballs, NASCAR out to sink Nashville Indy race and all the rest of the news.

Join the Conversation (0)
Max Verstappen won the Formula One Grand Prix of France in a race that was exciting at the start and for the last two laps but was a crashing bore the rest of the time. Josef Newgarden dominated the NTT IndyCar Series race at Road America in Wisconsin until the second last lap when he suffered gearbox problems and Spanish driver Alex Palou led a parade past him en route to winning. (It was a big day for Spain, with Jon Rahm winning the U.S. Open). And a huge crowd – a ‘uge crowd – turned out for the NASCAR Cup race at Nashville Superspeedway that was won by Kyle Larson.

Many stories have been written over the years about the wonderful improvements made to Canadian Tire Motorsport Park by Carlo Fidani and Ron Fellows after when they bought the plant from the late Don Panoz. Chief among them was the construction of the Event Centre constructed up the hill from Corner 10. It is truly a work of art.

But no longer is it the only Event Centre at a major racing facility in Ontario. The Belleville-area Shannonville Motorsport Park is about to open an Event Centre with an approved capacity of 150 people. In a release, Dominique Bondar, general manager, said: “When Shannonville changed hands in 2019, several groups and manufacturers reached out about hosting events at the facility.

“They were looking for a better value proposition than is currently available, so the idea for the Event Centre was born, with some clients securing their dates ahead of any announcement.”The new building is 4,000 square feet and will be able to handle a wide range of events, Bondar said. “From a small sit-down dinner to a new product launch, the Event Centre will be able to host all types of events, both big and small,” she said.

Said principal owner and president, John Bondar, the new Event Centre will enhance not just the track, but the region as well. “The Event Centre will help us revitalize the Birthplace of Champions and put us on a great path for the future.”

Meantime, Multimatic Motorsports announced late last week that it planned to campaign one of its Mustang GT4 cars in the new Sports Car Championship Canada president by Michelin. The new series got under way this weekend at Canadian Tire Motorsport Park as part of the Vintage Automobile Racing Association of Canada (VARAC) races.

In a release, Multimatic said that a national championship in Canada is the perfect option for Markham-based Multimatic Motorsports. The team has traditionally travelled back and forth to the U.S., running Mustangs in the IMSA Michelin Pilot Challenge.

Marco Signoretti drove the #22 Ford Mustang GT4 at the first two races this weekend. Each of the six events in 2021 – there’s four left – will consist of two 40-minute races each weekend. This sprint race format places all of the focus on the drivers, with no pit-stops or strategy required.

“Having the opportunity to drive the Ford Mustang GT4 at the circuits where I grew up watching my heroes will be extremely special for me,” said Signoretti. “We have a great group, packed with experience and knowledge, which gives me a lot of confidence going into these race weekends. With their help, I look to develop as a driver and gain experience from this incredible opportunity. I am extremely proud to be representing Multimatic in this new Canadian series.”

Larry Holt, executive vice-president - Multimatic Special Vehicle Operations, said: “It’s fantastic that FEL has created this new championship in Canada, giving the country’s top teams a place to race without having to endure the border crossing challenges caused by the pandemic. We will now have our U.S. and Canadian teams fully engaged running the Mazda south of the border and Mustang in Canada.   I take my hat off to my old friend Chris Bye for taking the initiative to put the series together. Twelve races over six weekends, at great tracks, with a sprint format is perfect for moving Marco to the next level in his career development.”

Note from Norris: I try to present as comprehensive a racing roundup as possible every Monday morning at wheels.ca. I don’t have time to go hunting for everything. If you would like to be included, please send me your results at nmcdonald@thestar.ca by 9 p.m. Sunday night, if possible. 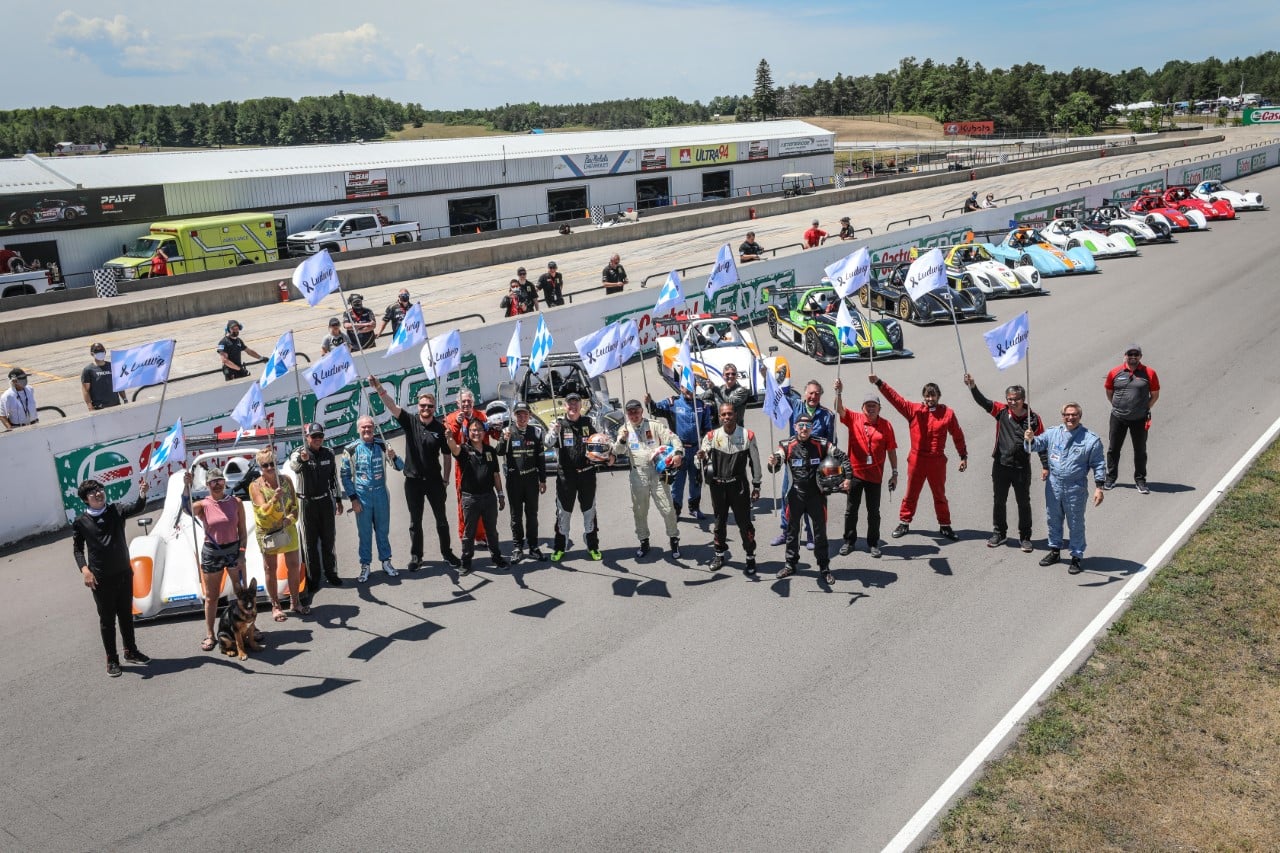 
Some of the racing websites, particularly F1 sites, said people around the world were riveted to their TVs, watching the battle between Lewis Hamilton and Max Verstappen at the French Grand Prix. I was trying to stay awake. Here’s why.

Hamilton and Verstappen are two of the finest F1 drivers in recent years. If one has a five-second lead over the other, chances are that will be how the race will end. The reason? Those two guys are too good to make a mistake. So, I don’t know where the “riveted” bit comes from.

I perked up when we got near the end and Max had battled his way to within a second of Lewis and you knew the DRS would kick in and Lewis would be toast. And that’s what happened. Max first, Lewis second and Sergio Perez (Red Bull) third.

The Canadian-owned Aston Martin GP team had a not-bad weekend. Sebastian Vettel was ninth and Lance Stroll was tenth. Two cars in the points is a success these days, unless you’re Mercedes or, sometimes, Red Bull. Lance is to be congratulated. He started 19th and fought his way up to tenth. Good stuff.

One thing I don’t understand. Max went off at the first turn and did not follow proper procedures to rejoin the race. But no sanction. Not even an investigation. It’s possible the stewards were hallucinating – as were most of us – from looking at those stars and stripes that outline the circuit. If this was the Sixties, I’d say the architect of that nonsense was trippin’ on bad acid. Maybe the “brown acid” they warned people about at Woodstock. Whatever, please plant some trees and get rid of that stupidity. For a complete story on the race, please click here 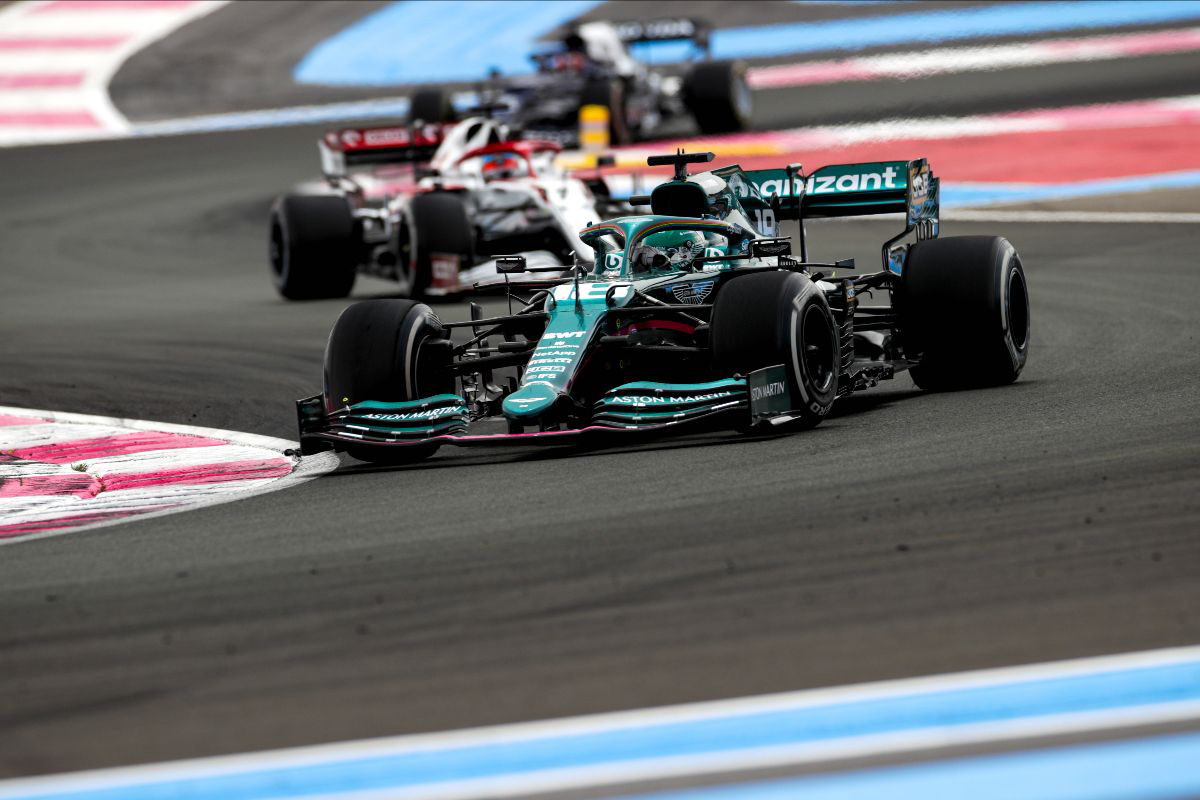 
Kyle Larson won his third straight NASCAR Cup race Sunday at Nashville, but that wasn’t the story. You couldn’t move in that speedway and everybody from Brad Paisley and Dale Earnhardt Jr. made sure everybody watching knew it. I know I’m kicking a dead horse, but I can’t stop sounding the alarm: NASCAR is working as hard as it can to sabotage IndyCar’s Nashville race that’s coming up in about two months.

NASCAR has refused to race in Nashville for years – until it heard IndyCar had scheduled a race. Then they didn’t schedule just one but three – trucks Friday night, Xfinity Saturday and Cup Sunday. Why three? Because going to car races is expensive. It costs admission to get in and then you can spend another $100 on beer and pizza while you’re there. So, if you go to all three, it can cost you more than $300 for tickets plus the previously mentioned beer and pizza. Then, what if you take the wife and kids? Do that for three days and even with bundle ticketing you are talking serious money. Go to all three NASCAR races and you won’t have any money left for the IndyCar race in two months. The entertainment dollar can only go so far.

Paisley and Earhardt started it but the other announcers picked up on it and you would have thought that the Sunday car race was the Academy Awards, there were so many stars and celebrities in attendance. Celebrities are IndyCar schtick and NASCAR just yanked them out from under IndyCar’s feet.

And then it got really interesting. The boys started talking about giving “tours” of NASCAR race cars, in a licensed establishment on Broadway, which is Nashville’s Times Square. Want to bet when that bar will open? Yup, the same weekend as the IndyCar race.

Don’t say I didn’t warn you.


If anybody wanted to see some tire-rubbin’, real racin’ this weekend, they hopefully were watching the NTT IndyCar Series race from Road America. And poor Newgarden. He’s not having any trouble and then he can’t shift gears. For the second time in three traces, a Penske driver has been running away with a race, only to have mechanical gremlins sneak in and sabotage things. Remember Will Power on Saturday at Detroit? All that aside, IndyCar racing makes F1 racing look like a parade. For a full story on the Road America race, please click here. How Alex Palou Overshadowed Team Penske at IndyCar Road America (yahoo.com)

Now, the Indianapolis Star interviewed the guy who owns IndyCar as well as the Indianapolis Motor Speedway. You’ve heard of him. Name’s Roger Penske. In it, Penske said going forward, the most important goal is to get more eyeballs watching the races on television. Here is what he said:

“To me, eyeballs are what we need,” Penske told IndyStar in an exclusive interview last week at the Detroit Grand Prix. “And to me, we’re not just hanging on anymore. We feel like we’re the ones driving the car now; the car’s not driving us, and that’s important.”

“Our goal is to have more network races,” Penske said. “We’re furthest along with NBC compared to anyone else. But there have been other discussions and we’ll continue to have them until we end up at a point where we can say we’ve got a good deal.

“But continuity is very important to me, and the fact that we had a great Indianapolis 500 was certainly a feather in our cap to help with any negotiation. Success never hurts when you’re about to negotiate.”

CBS isn’t interested in IndyCar, though, because of its commitments to golf on Sunday afternoons as well as NFL football. ESPN/ABC is doing well with Formula One and walked away from their last contract with IndyCar. So that leaves NBC and FOX and FOX has been successful broadcasting the first half of the NASCAR season and that could mean NASCAR would get priority on Memorial Day weekend because of weather, or something, which would be a time when IndyCar, because of the Indy 500, would want to be given priority, no matter what.

So, NBC might still wind up with IndyCar. And I would remind Penske that there are a ton of IndyCar fans in Canada who are not being looked after well by the current Canadian broadcaster and would appreciate it if you did not forget about them.

TSN is ready to make a deal, Roger. Have your people call them.