BARC holds race weekend at CTMP but no spectators, Cindric loses on second Xfinity restart, and all the news

Join the Conversation (0)
I want to start this column by correcting some information I included in my column last Wednesday. At that time, I reported that the Indianapolis Zoo held a fundraiser where a lot of people weren’t wearing masks. My information was incorrect. In fact, the Zoo cancelled this year’s fundraiser. I regret the error.

Moving right along, but still with Indianapolis, there’s something about 25 per cent capacity at spectator events in that city. It makes you wonder whether the public health people have quietly laid down the law. As we all know, the Indianapolis Motor Speedway will restrict attendance to 25 per cent and now Lucas Oil Stadium is suggesting 25 per cent will be the max allowed for Colts home games.

Of course, those spectators will be lucky. The NHL will soon be playing three games a day at the Scotiabank Arena without a spectator in the place. The Jays are in Buffalo and even if there were fans allowed, we couldn’t go because the border is closed; and the Raptors are playing in Florida in empty arenas.

So, lucky, yes. But unfortunately, the United States is still in the throes of COVID and we’re not (as much, anyway). You have to wonder whether it’s wise to have anybody sitting and watching, considering all that’s at stake. Up here, we don’t mess around.
The Grand Prix du Canada, held each year in Montreal, was cancelled in recent days - as have all Grands Prix in the Americas: the United States (Austin, Tex.), Mexico (Mexico City) and Brazil (Sao Paulo). COVID is the culprit, of course, but the reasoning is different.

Formula One said it would not travel to COVID hotspots, hence the three cancellations to our south. Two things killed our race: F1 wasn’t going to pack up everything and everybody to fly to this part of the world for one race. And Francois Dumontier, owner and president of the Canadian GP, revealed that he’d been told spectators would not be allowed (about 110,000 are usually at the track on Race Day) and that as an independent businessman who depends on sponsorship and attendance to pay his bills, it would have been impossible for him to pull off.

Talking about promoters in the IndyCar Series (we weren’t. but it’s not a bad segue . . .), have any of them had the annus horribilis that Kim Green and Kevin Savoree have experienced this year? First, their Grand Prix of St. Petersburg was postponed when the season was suspended in March because of the pandemic. Then the Honda Indy Toronto was cancelled. Now they’ve lost the race in Portland, Ore., because the virus has forced public gatherings to be limited to 100 people (although not a Green-Savoree race, the Laguna Seca doubleheader will soon be history too), and although St. Pete has been rescheduled for Oct. 25, unless the COVID situation there improves dramatically, they likely won’t be able to hold that one – again – either.
The one bright light for those two is the race at Mid-Ohio. The long-time partners own the facility. The single IndyCar race on Sunday, Aug., 9, has now become a double-header with the first race scheduled for Sat., the 8th. Other double-headers will follow.

The other guy who’s had an absolutely rotten year is Roger Penske. He buys the Indianapolis Motor Speedway and the IndyCar Series, spends a fortune to freshen up the track and then can’t show it to anybody because the Indy 500 had to be postponed from its traditional May date till August. Then he had to make a financial deal with Eddie Gossage to run an IndyCar race at Texas – the season-opener – without fans. No fans were present when the NASCAR Xfinity Series and the IndyCar Series ran races on the road course at the Speedway. Then he had to lease the Iowa Speedway so his series could run there. Then he found out they can only have 25 per cent capacity at the Speedway when they run the 500 on Aug. 23. This has all cost him a fortune.
Cross fingers this pandemic is a one-year wonder. Nobody has the money to do this all over again in 2021. 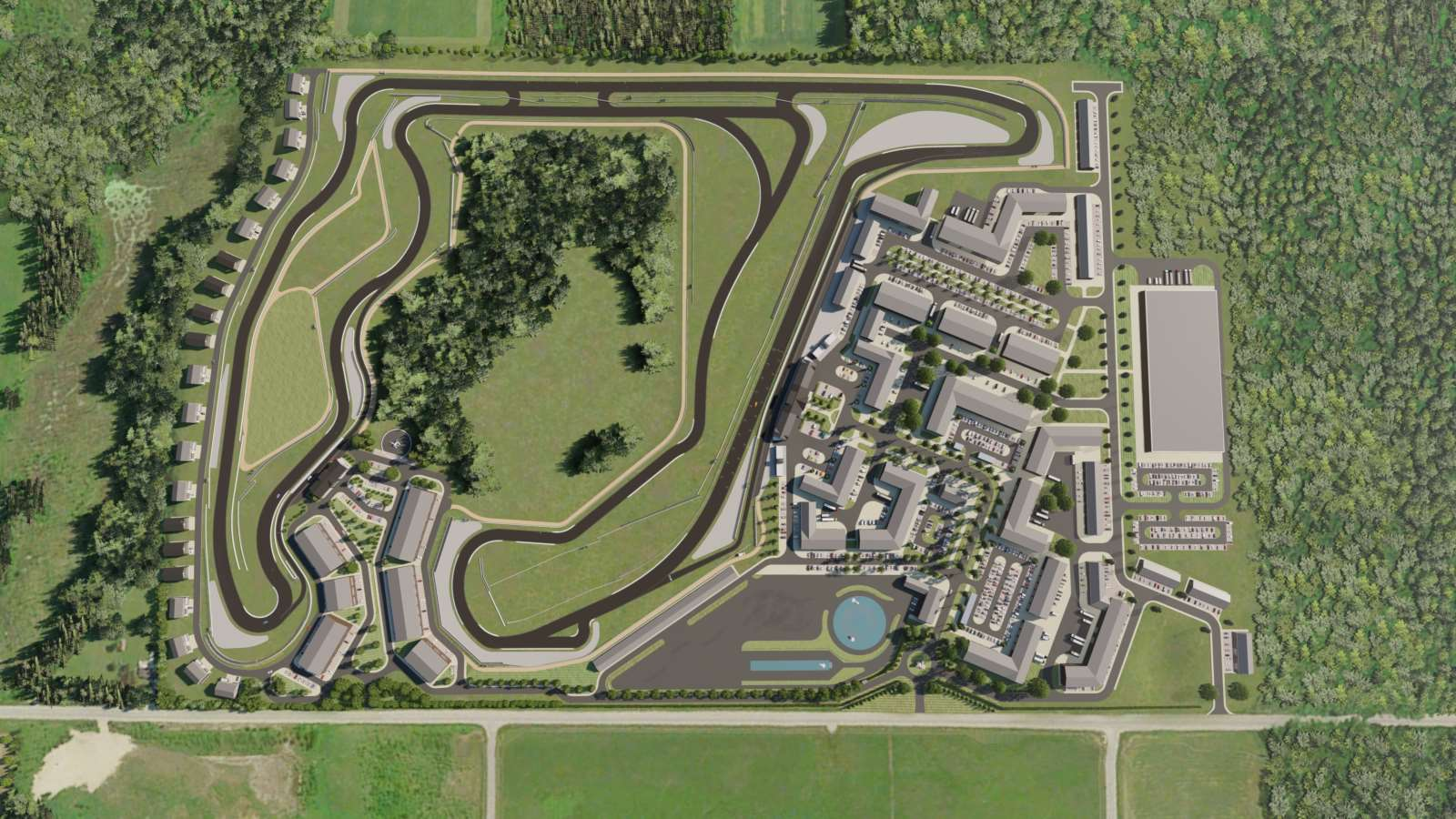 Many people have expressed interest in a project called Oro Station that’s projected to be built in Oro-Medonte Township between Barrie and Orillia on a large piece of property adjacent to the Simcoe County Regional Airport.

What piqued people’s curiosity was an announcement last week that a company associated with the Goodwood festivals in England would be working with the developers on similar shows to be held on the property once it’s up and running.

I’ve interviewed one of the two partners involved and will be reporting on this in depth in Toronto Star Wheels in the next few weeks. For the moment, however, I will say that this will not be a spectator-event facility in competition with places like Canadian Tire Motorsport Park or Shannonville Motorsport Park. It will be a land development: Single lots, luxury lots and townhomes will be built alongside the circuit (which can be split into two). An industrial park for the automobile industry is also part of the plan. “Barns,” where people who own exotic cars can store them and then take them out for drives at speed on the race track, will also be built.

Zoning and permits are in place and the township is on side. Groundbreaking is schedule for next month.

The CTCC cars will next race at Shannonville Motorsport Park the weekend of Aug. 14-16.

My thanks to ace photographer John Walker for the CTCC photo.

In NASCAR, Austin Cindric was on his way to his fourth consecutive victory in the Xfinity Series Saturday when, on the second overtime restart, Brandon Jones slipped past on the low side to win the race at Kansas Speedway. Cindric held on for second and Harrison Burton was third. Cindric, of course, will move to Cup next season with Team Penske. For a full story, please click here. Austin Hill won the trucks race at Kansas Friday night (click here for story) and veteran Matt Crafton won on Saturday (click here for full details). In Cup, Denny Hamlin had to fight hard but prevailed at Kansas, with Brad Keselowski second and Martin Truex Jr. third. Truex ran out of laps; five more and he would have been right there. For a full story, please click here. 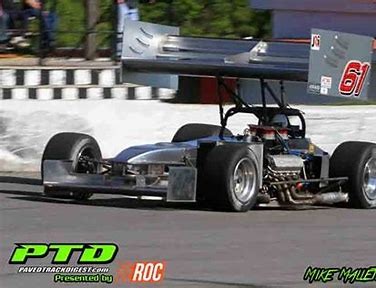 NASCAR Canada racing veteran Brandon White has died. As has NASCAR legendary Cup engine builder Maurice Petty. And New Hampshire Motor Speedway founder Bob Bahre passed. As Chris would say, R.I.P. . . . . A new Extreme E racing series featuring off-road electric racing SUVs in events along the lines of the Dakar Rally, was announced today by the creators of the Formula E racing series. Firms like Fisker will race in extreme locations around the world - artic, desert, rainforest - which have already been damage by climate and other environmental issues. . . . . Mike Ordway Jr. won the Hy-Miler Nationals for supermodifieds at Ohio’s Sandusky Speedway Saturday night. Where has the time gone? His dad was a contemporary. One constant: Junior was driving legendary car builder Clyde Booth’s famous No. 61, just as his father did before him. . . . . Perennial Canadian motorcycle champion Jordan Szoke swept the two races at Calabogie Motorsports Park this weekend. . . . . Here’s some cheery news to end this: the 59th Rolex 24 at Daytona will be held next year on Jan. 30-31.
Talk again next Monday.