The real purpose of this mid-week column – although there are some odds and ends to address while I’m at it – is to remind everybody that there will be a NASCAR Cup race on television Thursday night (which is tonight). I know: Thursday night?

The Cup Series will line up for the start at Kansas Speedway at 7:30 Eastern with Kevin Harvick on pole and Joey Logano, Aric Almirola, Ryan Blaney and Martin Truex Jr. behind him. The rest of the field will fall in behind those five. With no practice or qualifying for any NASCAR Cup race for the rest of the season, lineups tonight and going forward will always be determined by lottery.

TSN will carry the race Thursday while on Friday night at 7, on FOX Sports Racing, the NASCAR trucks will race at Kansas. The trucks go again Saturday on FSR at 1:30 p.m. and the Xfinity Series will race on TSN at 5 p.m. Saturday. After that, NASCAR will race at New Hampshire the Aug. 1 weekend before a double-header weekend Aug. 8 at Michigan.

Neither IndyCar or Formula One will see any action this weekend, which is kind of strange, considering everybody is trying to either make up the races lost or else get enough races in to justify calling their series a championship.

IndyCar, in particular, doesn’t have any time to waste, with the race in Portland under threat because of the social unrest in that city, the double-header at Monterey also in question because of the explosion of COVID cases in California and who wants to go to Florida these days? Which means St. Petersburg could be cancelled for the second time this year.

Canadians can’t understand Americans and that’s because Americans are different than us.

Canadians are a collective. Americans look after themselves. Canadians do what we’re told. Americans say leave me alone

A Canadian loses his or her job and immediately applies for employment insurance and gets their name in for other social supports. An American loses their job and starts their own business because they know the only way they’ll survive is if they look after themselves.

Which is one of the many reasons the COVID crisis is out of control down there.

Which brings me to Roger Penske and the people who run the Indianapolis Motor Speedway, who are bound and determined to run the Indianapolis 500 on Aug. 23 with people in the grandstands. Penske said initially that the 500 would not be run without spectators, which had a lot of people (including me) calling the place a potential pandemic petri dish. Then they adjusted attendance to 50 per cent (the Speedway has seating for about 220,000 people, which would mean 110,000 spectators would be in there) and then this week they said attendance would be limited to 25 per cent of capacity – 55,000 (a jam-packed Rogers Centre).

The plan includes the stipulation that face masks will be mandatory. There are nine other rules and regulations that must be obeyed or spectators will be given the old heave-ho. I wish the Speedway luck. I won’t be there – the border remains closed until late in August (and probably longer) and I don’t want to fly because that would mean a 14-day quarantine when I get back.

But I will be very surprised if all 55,000 people go along with this. I mean, Americans of all political stripes are just not hard-wired to accept that kind of social control. And while social distancing won’t be hard to maintain, people will be bumping into each other going to the bathroom or concession stands. I’m sure there will be monitors making sure people aren’t crowding too closely together but you can only carry those things so far and the Speedway will still be a dicey place to be on Aug. 23.

The Speedway said it consulted with federal and Marion County health officials to determine the course of action. Far be it from me to criticize those officials, but it must be pointed out that while the Indiana State Fair, held each year in Indianapolis, was cancelled this year, the annual Marion County Fair drew thousands and a photo gallery on an Indianapolis newspaper’s website showed not a lot of people were wearing masks.

Major League Baseball, the NHL and NBA will finish their seasons and hold their playoffs in facilities without fans. I don’t see the point of auto racing – even the Indianapolis 500 – insisting on spectators. The cost of potentially delaying the flattening of the pandemic curve is just too high, in my books. 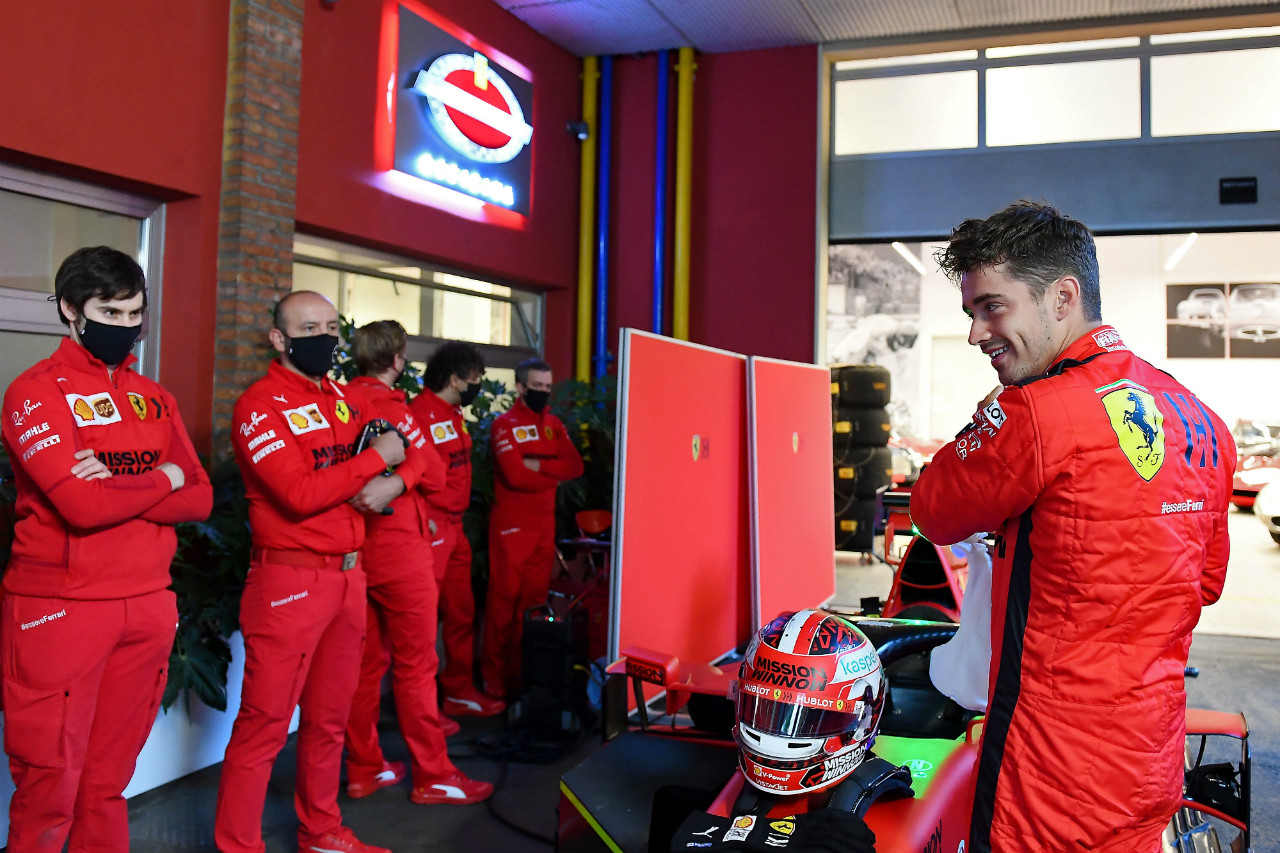 Ferrari shook up its technical department in recent days and is convinced this will turn its season around. Don’t bet on it . . . . . I suggest – and I might be really off the mark here, but –Sergio Perez would enter a team in IndyCar before he accepts a ride with a third-string F1 team. And IndyCar would love it if he made the move because two Mexican drivers in the lineup – Pato O’Ward being the other – would give the series ammunition in its efforts to take a race to Mexico City . . . . . Roger Penske might purchase the Iowa Speedway in order to guarantee the oval continues to hold IndyCar races. The track is in poor financial shape – in fact, IndyCar had to lease the speedway in order to hold a double-header there last weekend – which is why Penske wants to take control . . . . . Toronto Motorsports Park in Cayuga has a test and tune night scheduled for Friday night and one during the day Saturday and then a Pro Testing Session Saturday night. One hundred spectator limit; beer garden open late both nights. Go to the track’s website for details . . . . . New Hampshire Motor Speedway sent out a press release Wednesday entitled: Top 10 Moments that Define New Hampshire Motor Speedway. All 10 were about NASCAR races. I can think of a couple of CART races and at least one NASCAR Modified race that should have been on that list. Maybe their PR people are too young to remember the Mansell-Tracy duel there in 1993 – one of the greatest races in the history of motorsports . . . . . Donny Schatz, one of the greatest sprint car drivers in the history of the sport, won the feature at Lernerville Speedway in Pennsylvania Tuesday night and the $25,000 that went with it. With four laps to go, reports had Schatz out of it but he made two passes in those last four, including one on the last lap to get past defending World of Outlaws Series defending champion Brad Sweet and take the win. People who were there said they couldn’t believe it . . . . . Ohsweken Speedway and NASCAR Pinty’s Series officials have opted to postpone the inaugural Pinty’s 100, scheduled for Aug. 17-18, until 2021. Too bad, but a wise move.

Editor’s Note: In the original version of this column, published on wheels.ca Thursday, it was reported that the Indianapolis Zoo held a fundraiser and many who attended were without face masks. In fact, the fundraiser in question was held a year ago. This year’s fundraiser was cancelled.