All the weekend’s racing news in one place

It’s true that IndyCar has the best racing, as Sunday’s Honda Indy 200 at Mid-Ohio showed, but there’s no doubt that Formula One has the best stories. But let’s look at the racing first.

Alexander Rossi won the Honda Indy 200 at Mid-Ohio, with our own Robert (Robbie) Wickens of Guelph second and Will Power third. For a complete story, please click here.

What’s with all these stories about where Scott Dixon is going to be employed next year? Aren’t he and Chip Ganassi joined at the hip? Or is Ganassi going to leave IndyCar? I mean, Chip has a sweet deal with Ford in the IMSA WeatherTech championship and his stock car team in NASCAR Cup is going great guns. At one time, Chip Ganassi Racing had four cars in the IndyCar Series. Not any more, boy.

Paul Tracy was known as the Thrill from West Hill, the Chrome Horn, etc. He bulldozed his way to the front frequently. Now that he’s an announcer, he’s calling for a stewards investigation just about every lap, particularly because of something that somebody’s done on the track that he used to do when he was racing. Calm down, Paul. It’s okay.

Pietro Fittipaldi was in a lot of discomfort from his injuries suffered earlier in the season in a sports car race in Europe. Why do they let drivers race those cars, at those speeds, when they  are not 100 per cent healthy? I always think of Greg Moore, who lost control of his race car, and was killed, and he had a cast on his arm. Why take chances? Fittipaldi didn’t prove anything to anybody. He was second-last, two laps down.

Those of you who read my every word will recall a column I wrote in the runup to the Honda Indy Toronto in which I said IndyCar needed a black hat and I thought Alexander Rossi could fill that bill. Well, he was certainly a villain Sunday when he stacked up the field for the start of the race. He brake-checked everybody and then took off. This was allegedly within the rules, but he nearly caused several drivers to crash and I hope they have long memories.

Having said that, a fellow I have known around the Indy cars for years, Bruce Martin, who has a very interesting Twitter account (he takes photos of his evening meals in diners around the continent and Tweets them out) and is one of the most experienced racing writers you will ever want to meet, says Rossi is “the real deal.” If Bruce says that, it must be so. Which makes me wonder, though: if Rossi’s so good, how come he has to drive dirty?

Don’t you just love it when there’s a close call on the track and the IndyCar announcing crew of Leigh Diffey, Townsend Bell and Paul Tracy all go “woooOOOOooo?”

Next race: Pocono on Aug. 19. Then Gateway in St. Louis, Portland on Labour Day weekend and Sonoma in mid-September. Then they’re done. They have to fix that. F1 goes till the last weekend of November, as does NASCAR. IndyCar doesn’t register with all that many people anyway and it’s worse when the league isn’t racing. You know – out of sight, out of mind. Afraid of the NFL? Race Saturday afternoons and Saturday night. Or Wednesday night. Be radical. Get noticed.

FORCE INDIA AND FORMULA ONE

It was a ho-hum Grand Prix of Hungary Sunday but remember what I said about F1 having the best stories? Read on.

I mean, what can anybody make of the Force India saga, with conflicting scenarios about the reasons it’s in “administration,” which is English argot for “bankruptcy protection while we arrange for a new owner or owners.”

Driver Sergio Perez, who is owed something in the neighbourhood of $5 million Canadian dollars, says he forced the business into administration after talking to a couple of people in the team who asked him to do it to save 400 jobs.

I usually believe anything that anybody tells me. It’s true. I don’t understand why people have to lie and so if they tell me something, I assume it is true. But did Perez really take this step after talking to “a couple of people in the team?”

Or was he asked by Mercedes to do the deed because they are owed about $17 million Canadian and had to put a stop to whatever-it-was going on there but didn’t want to appear to be the bad guys?

I guess, when you come right down to it, that when Perez said he had talked to a “couple of people in the team,” he could have been referring to Toto Wolff and Niki Lauda. Yeah, that could be it. My faith in humanity, and Sergio Perez, is thus restored.

Whatever, the team is being sold – but to whom? Several scenarios are being shopped around.

One has it that Russian billionaire Dmitry Mazepin wants to buy the team and install his son, Nikita, who’s a GP3 driver, as one of the F1 drivers. Another has Montreal billionaire Lawrence Stroll, who paid – reportedly – $80 million for two seasons in a Williams seat for his son, Lance, wanting to buy the team.

There was a rumour around Europe nearly a week ago that a giant infusion of cash was about to be injected into Force India. But before the deal could be completed, Perez went into the High Court in London and pulled the plug.

Is it possible – I say possible – that Mercedes got wind of this and moved quickly to stop what seemed to be the sale of the team to a Russian? (Nobody likes Russians these days . . .) That Mercedes would much rather do business with Lawrence Stroll and are now in the process of helping him get his ducks in a row to wind up as the team’s owner?

My friend, Gerald Donaldson, calls F1 the “world’s fastest soap opera.” He’s right. It’s going to be great fun to watch how this one plays out.

Meantime, Lewis Hamilton won that Hungarian Grand Prix, with Sebastian Vettel second and Kimi Raikkonen third.  The start and half the first lap were entertaining but, after that, it was deadly dull until the last few laps when Valtteri Bottas started running into people.

For a complete story on the Hungarian GP, please click here. 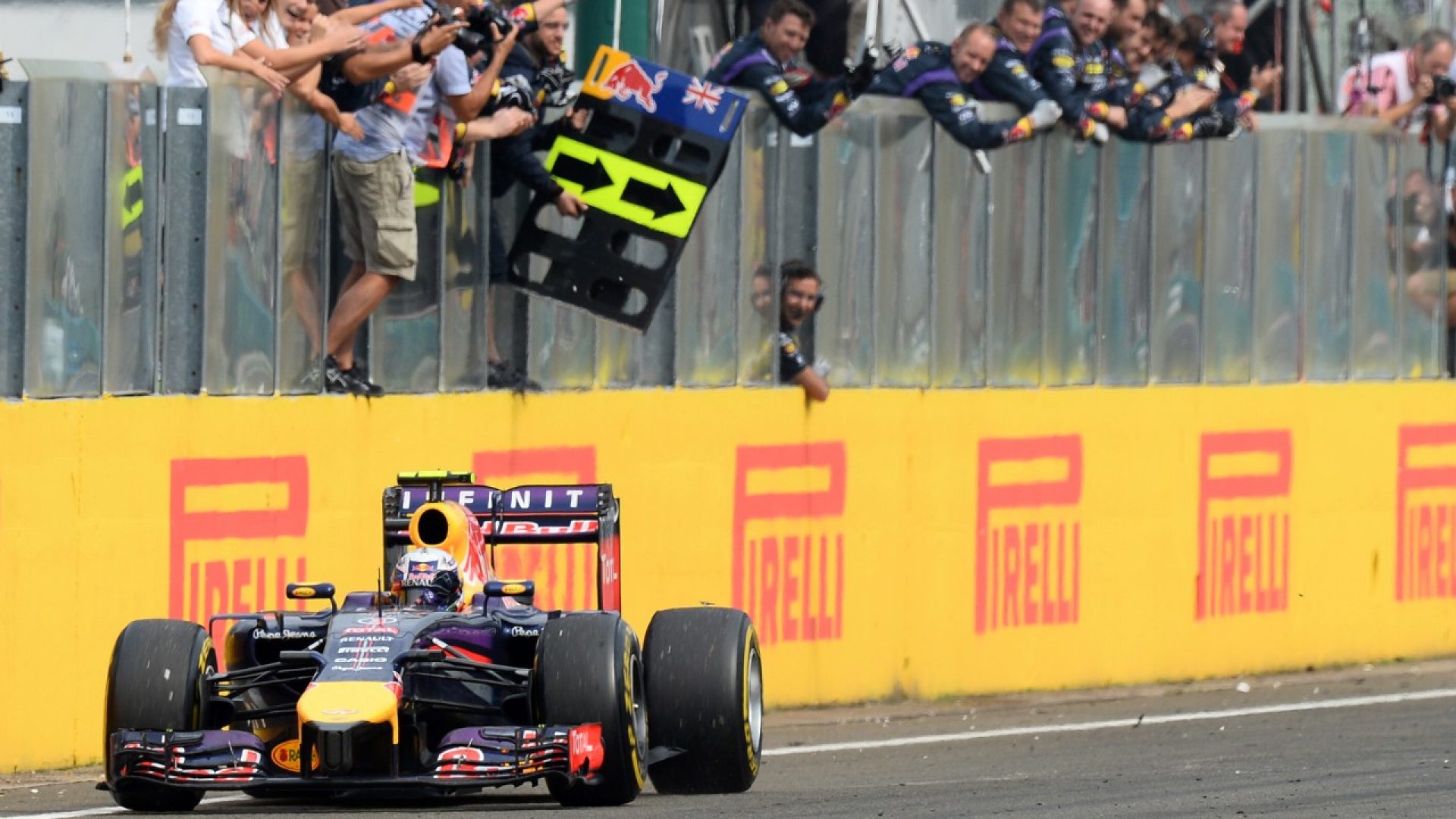 It just struck me. Without Mercedes, Formula One would be in big trouble. They have their own team plus they supply engines and influence to Force India and Williams. Kind of like Honda and IndyCar. Honda provides half the field with engines, is an official sponsor of the league and is title sponsor of three of the races – including the Honda Indy Toronto. Mercedes and Honda – giants in the sport.

I am now officially used to the halo. It doesn’t look as ugly as it once did. And I’m a fan because it adds another layer of safety for the driver. So what about IndyCar? Are they going to adopt the canopy? Or the halo? Or what? Or are they waiting for somebody else to get hurt, or worse?

Sky TV had their people other than Martin Brundle take a shot at the grid walk. It wasn’t a lot better but it seems like they are trying. I cannot take any more of Martin yelling after people, and running, and being ignored. It’s embarrassing.

Brundle did say something on the GP telecast that made sense. “You don’t have to spend 400 million Euros to go Grand Prix racing.” He might have said “to go racing in F1,” but it was the 400 million Euros that caught my attention. He’s right. How stupid. But he says that Chase Carey et al have to get a handle on it and I don’t think they stand a chance because Mercedes and Ferrari will never agree to a cap on spending. And if they say okay, they’ll be lying.

Max Verstappen was not happy when his Renault engine conked out and said so, graphically. Lots of beeps before they let that particular radio transmission go out over the air. That’s the problem with engine contracts. The Honda disaster with McLaren aside, teams always take a chance when they enter into contracts with an engine manufacturer. As long as it’s early in the contract, and the money’s good and the contract is long, the engines will be good. Red Bull dumped Renault and opted to go with Honda from 2019 and it is no surprise that the Renault engines aren’t as up to snuff as you’d expect. Because Renault doesn’t care. Maybe they should, but they don’t.

Here is the truth. It doesn’t matter whether it’s Saturday night at the local dirt speedway or Formula One, everybody is always looking for an edge – and to play a sucker for the fool he is. That’s what’s happening with Renault and Red Bull. And don’t kid yourself – if the roles were reversed, there would be snickering going on in the Red Bull garages.

I remember when I bought my first supermodified racing car. I agreed terms, inspected the car, and said I’d be back at the weekend to pick it up. Big mistake. I got the car home and went over it, only to discover that the brakes on the car were different than the ones that had been on it when we shook hands and I handed over the money. Some other stuff had been changed too. I called the guy, but he lied and what could I do? When I bought my second super, I arrived with a certified cheque and a trailer behind my truck. I took the car right then and there before there could be any hanky panky. That’s the way the racing world works. Call me cynical – but it is reality.

F1 is now on summer vacation until Spa on Aug. 26th.

And what do you think about NASCAR, with 11 of the 40 starters flunking pre-race inspection and four of them failing it twice and just exactly what is going on there? I mean, there are no sanctions in NASCAR – if you cheat to win, you still win – but isn’t 11 out of 40 a little much?

In the end, Kyle Busch won the race Sunday in Pocono. It was his 49th Cup victory and he tied Tony Stewart. Daniel Suarez finished second and Alex Bowman was third. Bubba Wallace had a horrendous crash near the end but walked away. For complete details, please click here:

At Merrittville Speedway Saturday night, Port Colborne, Ont. teenager Jacob Dykstra took full advantage of his front row starting position and led 19 of 20 laps including the all important money lap to score his first career win with the Action Sprint Tour powered by RaceRivalz.com. Jacob is only 15. I’m not a big fan of that sort of thing. 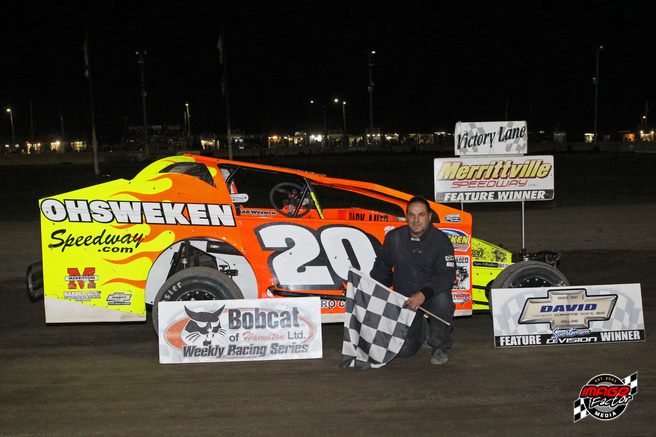 In Formula 2 action overseas, Nicholas Latifi of Toronto had a DNF in the Saturday race and was 16th Sunday. In Indy Lights, Dalton Kellett of Toronto had a podium finish Saturday – he was third – and was fifth on Sunday. Patricio O’Ward of Mexico won both races and he’ll be in IndyCar next year,  you can bet. Parker Thompson of Red Deer, Alta., had a fifth Saturday in Pro Mazda and a sixth Sunday.

The NASCAR Pinty’s Series wrapped up its western swing Saturday night in Edmonton. WeatherTech Canada driver L.P. Dumoulin was the winner, with Kevin Lacroix second and Alex Tagliani third. The Pinty’s drivers next head to the Grand Prix du Trois-Rivieres in two weeks.