F1, IndyCar, IMSA, and NASCAR - all your auto racing news and views

The JDC-Miller Motorsports “Red Dragon” won the Prototype-class race at Watkins Glen last weekend and will be at CTMP this week. Photo by John Larsen/photograffics.com

One of the reasons people don’t like the Canadian Football League as much as the NFL is because there is a penalty on nearly every play.

No team in the CFL can play a set of downs without flags being thrown everywhere.

The NFL refs can sometimes overdo it but most times they leave the flags in their pockets and let the flow of the games go unimpeded.

The people who run the CFL should take note and tell the referees that people pay to watch the players, not them.

Today, I am making the same suggestion to the FIA. Jean Todt has got to call a meeting of the Formula One “stewards” and tell them to back off. They issued two penalties in particular at the weekend’s race in Austria that were, in a word, stupid. Todt – and I can’t think of anyone else – has to crack down and reset the guidelines for what merits a penalty and what doesn’t. Otherwise, the whole business becomes not only suspect but damaging.

The two penalties I want to discuss today involved Sebastien Vettel and Lance Stroll. In the first instance, Carlos Sainz was through to Q3 and was trying for another fast lap – who knows why? – when he came upon Vettel, who was on a cooldown lap. Sainz had to swerve to avoid the multi-time world champion and clipped the rear of his car, damaging the wing of his Renault.

Vettel said he couldn’t see Sainz coming because the placement of the mirrors on the halo makes it “impossible” to see behind. In addition, his team, Scuderia Ferrari, didn’t tell him Sainz was approaching at a great pace.

Now, I do have to say this: I think the only time drivers should ever be driving slowly in the racing groove is after the checkered flag is thrown at the end of a Grand Prix. Every other time the track is hot during a race weekend, be it during a practice or qualifying, every driver out there – and particularly a world champion – should know it is possible that somebody is “going for it.”

Having said that, being handed a penalty of three grid positions (from third to sixth in the end) following a situation in which there were no real consequences, other than the need to replace a front wing, was pretty draconian. Yes, Vettel finished on the podium but he could have won that race, particularly after both Mercedes drivers were eliminated, and the difference between third-place points (15) and first place (25) could very well prove to be the difference in the world championship, considering how tight everything is this year.

If it’s clearly an attempt to sabotage another driver and it’s done at a point in time during qualifying or the race to have a significant impact on the outcome (remember Michael Schumacher parking his car near a barrier in Monaco in 2006, thus interrupting a qualifying flyer that might have won pole for Fernando Alonso?), then the stewards have every right to throw the book.

But if there’s no real harm or foul, they should stay out of it.

Ditto the situation with Lance Stroll. With four laps left in Sunday’s Grand Prix, Stroll wouldn’t move over to let Sergio Perez past despite being shown the move-over flag. He’d just gone to the pits for fresh tires and was holding his own. It also turned out that his team, Williams F1, had told him to fight to stay in front of Perez. So Lance was caught between a rock and a hard place: obey the blue flag or do as you’re told by your team. So he went with the team.

Now remember: there were four laps left. Whether he got past Stroll or not, Perez would still finish seventh  in the Grand Prix. It didn’t matter. If it was near the beginning of the race, fine. Stroll should have been reprimanded. But four laps to go? And Perez will still be seventh?

So the stewards, obviously enraged at the impudence of this child, this 19-year-old little rich kid, came down on him like a ton of bricks. I mean, were talking overreaction here (much like Maple Leaf Nazem Kadri being suspended for three games in the Stanley Cup playoffs after he missed the guy he was trying to hit). They penalized Stroll 10 seconds and put three demerit points on his superlicence.

Take that, you little so-and-so. That’ll show him.

My question today: how can Formula One continue to be the No. 1 motorsport in the world when you have nonsense like that going on? If the crime really and truly deserves a penalty, fine. Otherwise, the stewards should stop trying to make themselves look important.

As my friend Floyd Patterson used to say on CKWS Radio in Kingston, other views are welcome. 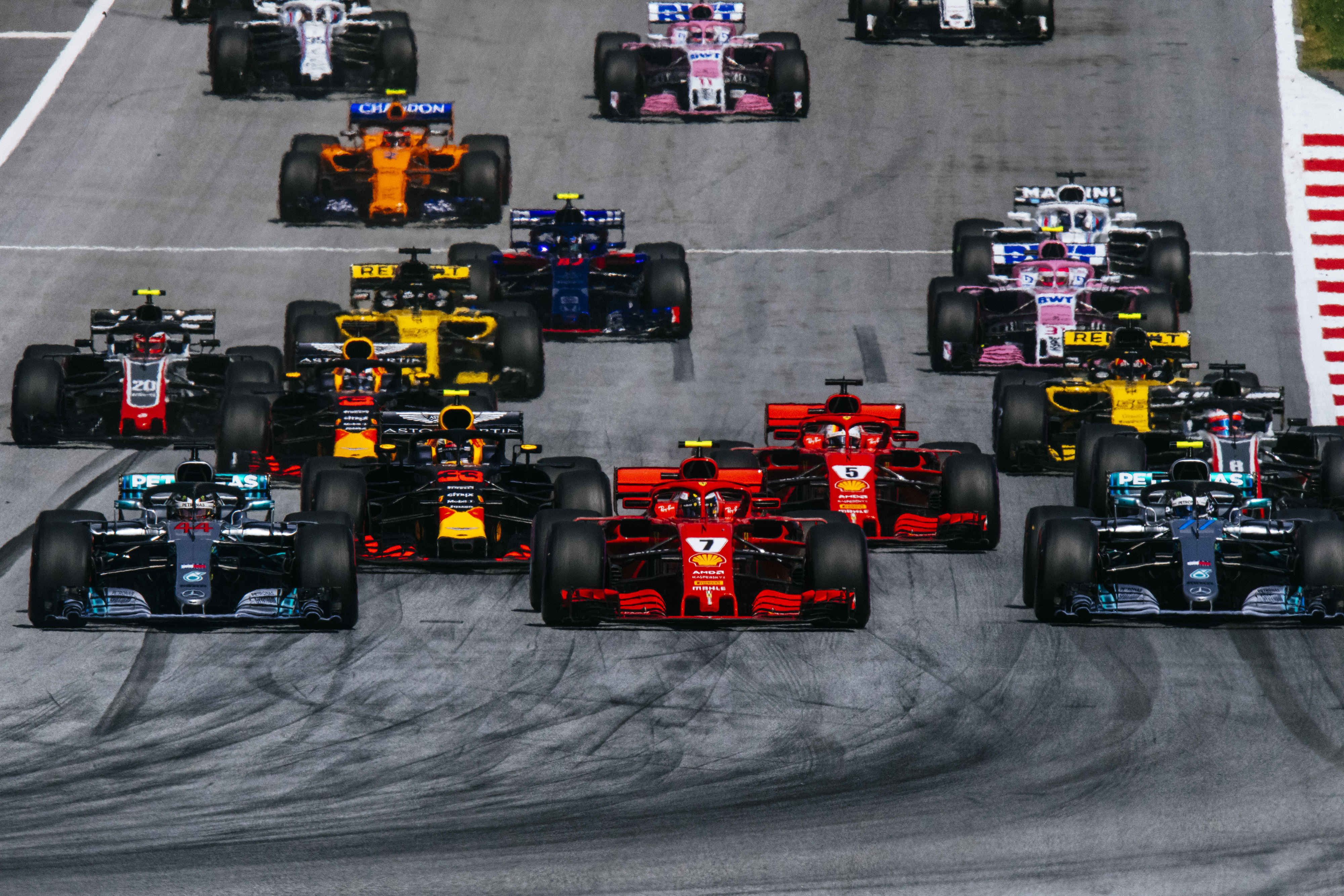 WEEKEND RACING, PAST AND FUTURE

It having been a long weekend (happy Canada Day, eh?), the rest of this report will be a combination of what’s significant and what’s coming up with a look back at what happened on the circuits and speedways of the racing world:

As you know, Max Verstappen won the Austrian Grand Prix, with Kimi Raikkonen second and Sebastian Vettel third. For a link to an all-details story, please click here.

Bernie Ecclestone has attended the last two Grands Prix, in France and at the Red Bull Ring. He looks marvelous. His hair is as neat as ever and he’s now sporting a Don Cherry-type moustache and goatee. His glasses are dark-rimmed, he’s immaculate in his appearance and his shoes are as shiny as a mirror. His ex-wife owns the Circuit Paul Ricard, site of the French GP (she got it as part of the divorce settlement) and he’s tight with Dietrich Mateschitz, owner of the energy drinks company and the racing circuit. That explains his presence.

However, Bernie is very much a player. He owns – on his own – several GPs, Brazil being one. I would not be surprised if he still owns all, or most of, the one that’s closest to our hearts here in Canada (hint, hint). And, frankly, with the way things are going with the new company (the disaster that was spectator comfort and access in France and the growing uproar in Miami at the idea of racing in the downtown there), I won’t be surprised in the least if the guy who made F1 what it is today is soon back playing a more constructive role.

This arrived in my mailbox from my friend, Rick Moris:

We’ve heard about the amazing lap that was run in a Porsche 919 last week at the Nurburgring, but have you seen the video? If you want a thrill..

Formula Electric  has found another sucker, er, city to host a round of its series. This time it’s Sanya, China. They used to race in Beijing until that city got smart – along with the rest of the big towns of the world that have gotten rid of his faux series – and told it to get lost.

Don’t forget that Canadian Tire Motorsport Park will be holding a preview of this weekend’s IMSA-headlining Mobil 1 Grand Prix Wednesday night from 5 p.m. till 8 p.m. at Yonge-Dundas Square. Ten drivers – Jan Magnussen, Ricky Taylor et al – will be on hand to meet fans and sign autographs. There will be pit stop competitions and give-aways. I hear Ron Fellows might be there. See you Wednesday evening at the Square. 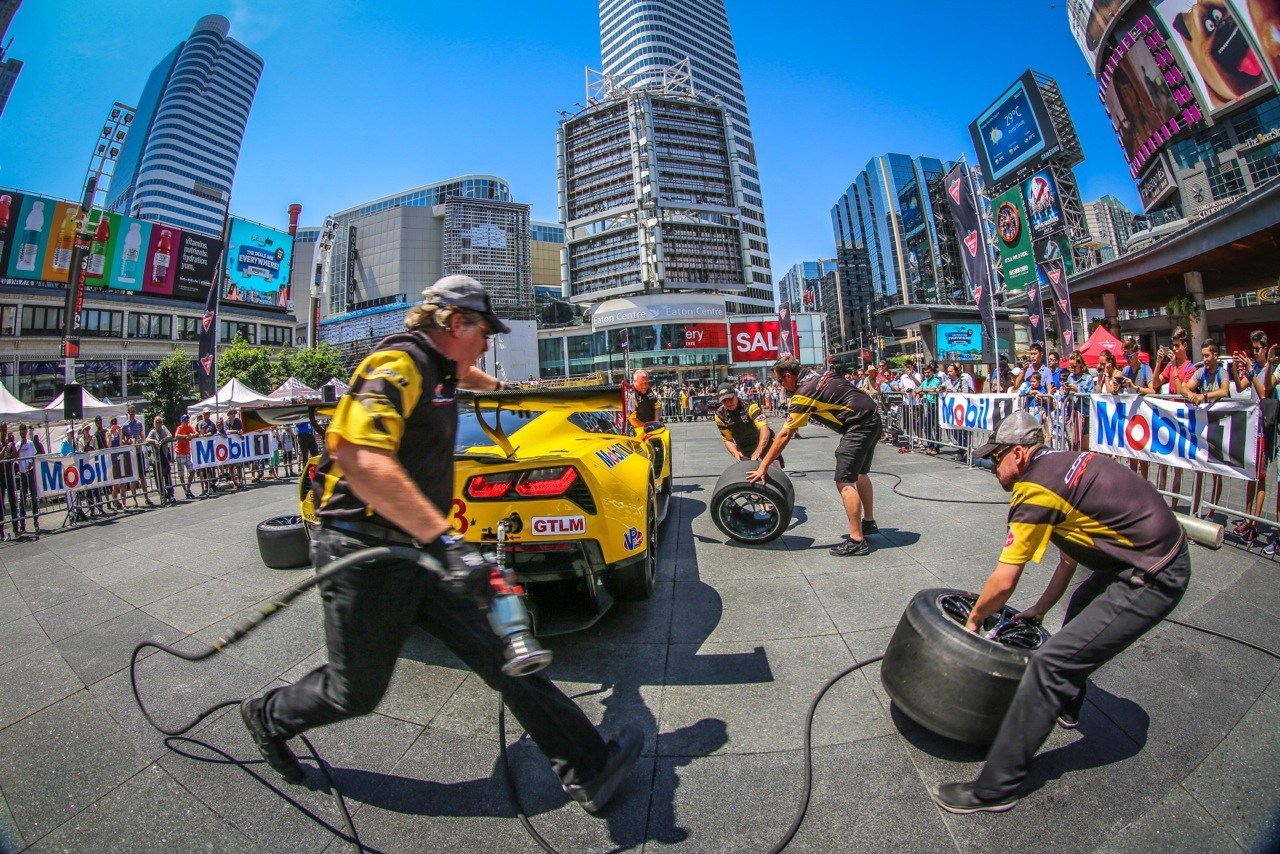 The No. 99 JDC-Miller Motorsports “Red Dragon” ORECA LPM2 drivers Misha Goikhberg, Chris Miller and Stephen Simpson took the first victory of the season for an LMP2 car and the first since Renger van der Zande and Marc Goossens took the No. 90 Visit Florida Racing Ligier to the win in the penultimate round of the 2017 season at WeatherTech Raceway Laguna Seca.

In the GT Le Mans (GTLM) class, No. 66 Ford GT co-drivers Joey Hand and Dirk Mueller capped off a tremendous weekend at Watkins Glen for Ford Chip Ganassi Racing. And in GT Daytona (GTD), Turner Motorsport took its first Sahlen’s Six Hours of The Glen win since 2014 with the driving trio of Don Yount, Markus Palttala and Dillon Machavern prevailing in the No. 96 BMW M6 GT3.

The Verizon IndyCar Series, which will be racing in Toronto at Exhibition Place in the Honda Indy Toronto a week from this coming weekend (the Toronto Star is publishing daily stories now through the race weekend in the Sports section), will first be racing at Iowa Speedway on Sunday.

Before the headline race, a company called Classic Racing Times will present “Classic Indy Cars at Iowa.” Featured cars are expected to include the No. 64 Gilmore Brawner/McGee Scorpion driven by the late Art Pollard in the 1971 Indy 500, and a scrupulously-detailed reproduction of the last front-engine car to win at Indianapolis, A.J. Foyt’s 1964 Sheraton-Thompson Special No. 1. Also, on display will be the No. 16 1979 Leader Card Watson Champ Car built by A.J. Watson. Watson was known as the “Wizard of Indy” where cars he built dominated from the mid-’50s through the mid-’60s. Retired racer Pancho Carter will be a special guest. Carter was the first triple crown winner in U.S. Auto Club history (midget, sprint and Silver Crown division titles in one year), the winner of the 1981 CART race at Michigan and the pole sitter for the 1985 Indianapolis 500.

In NASCAR Monster Energy Cup racing, Kyle Busch won the race Sunday at Chicagoland Speedway but Kyle Larson nearly stole it. I didn’t see the race but veteran observers called it the best of the 2018 season, to date. For complete details, please click here.